Accessibility links
The List Of Women Who've Changed The World Should Get Some New Members : Goats and Soda Oprah, Sheryl Sandberg and Malala Yousafzai lead the list of world changers. But there are a lot of unsung candidates who deserve a shout-out.

These names pop up when you Google "women changing the world." Depending on your politics and point of view, you may agree that these influencers have broken stereotypes, raised global awareness for critical issues like energy and education, and/or served as role models for girls.

What about Sharmeen Obaid-Chinoy? Etheldreda Nakimuli-Mpungu? Kiran Gandhi? Have you heard of them?

But they deserve a Google shout-out too. They're some of the unsung women making strides in the developing world. In honor of International Women's Day and Women's History Month, here's a collection of some amazing global women that NPR has profiled in just the past few months. Maybe in a few years they'll top Google's lists of women changing the world in ways large and small. 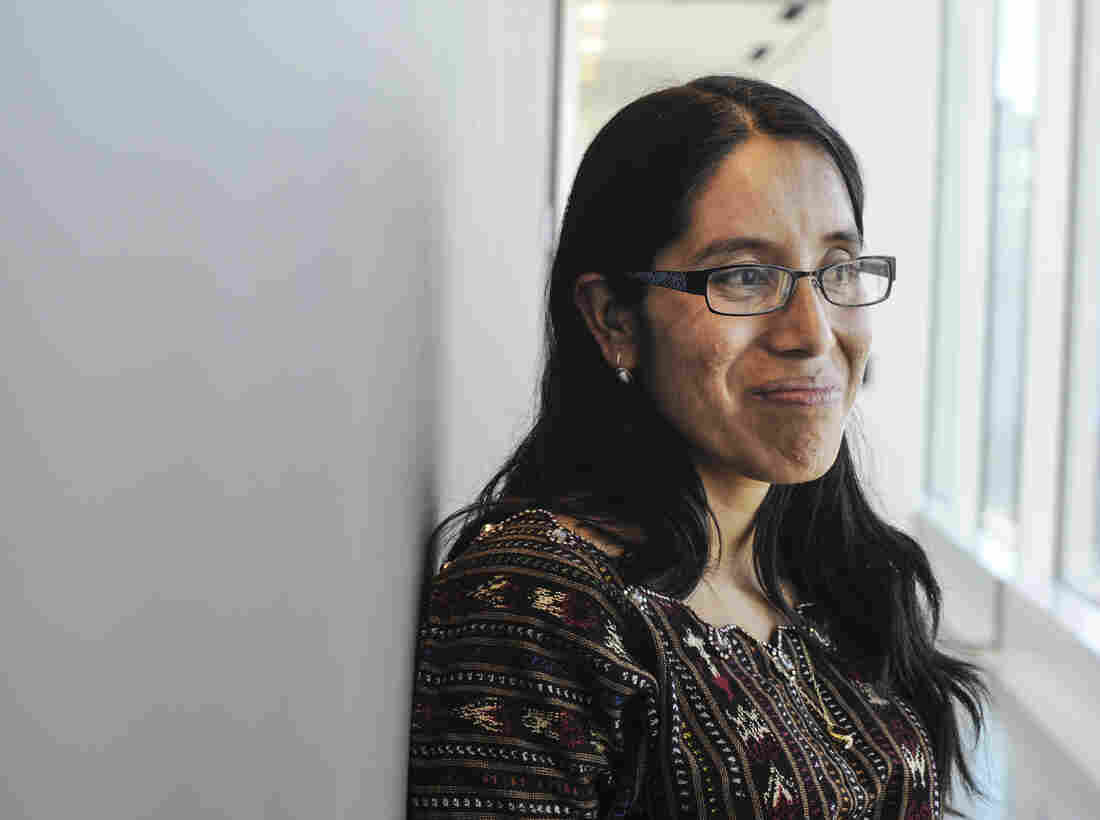 Rosa Coj Bocel is the first person from her village in Guatemala to go to college. She hopes to become a nurse and open a pharmacy. Akash Ghai/NPR hide caption 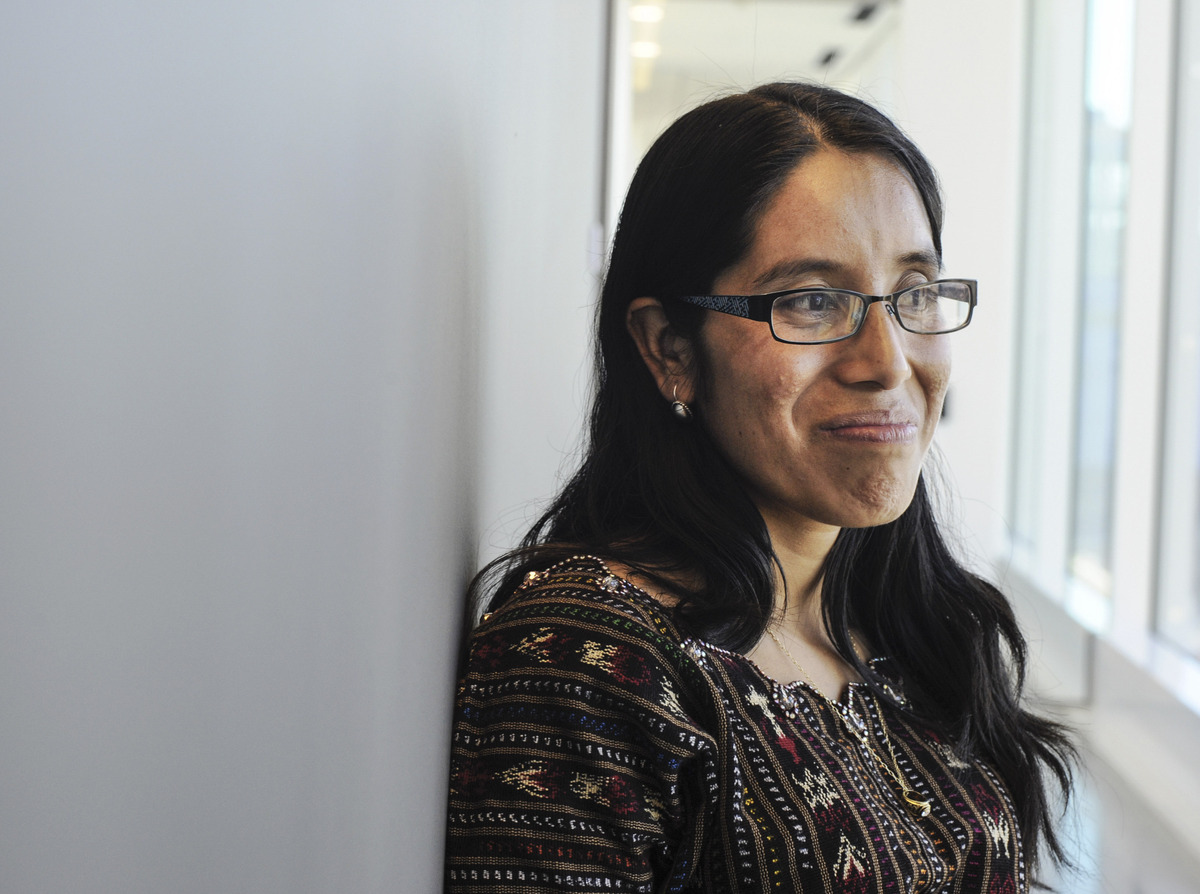 Rosa Coj Bocel is the first person from her village in Guatemala to go to college. She hopes to become a nurse and open a pharmacy.

Bocel, 27, is the star of a short documentary about her life in rural Guatemala, Rosa — These Storms. The indigenous Mayan woman grew up in poverty, was pulled out of school early, then became pregnant. Her daughter died at the age of 2 from hydrocephalus, a condition marked by a buildup of fluid in the brain. Despite these hardships, Bocel persevered. A few years ago, she graduated from high school and is now studying to be a registered nurse. Her dream is to open a pharmacy in her village.

Davaasuren, a family doctor and professor at the Mongolian National University of Medical Sciences in Ulaanbaatar, has one goal: to improve the way people die. Called "the mother of palliative care" in her country, she's helped raise more awareness and funding for end-of-life care. Now poor families taking care of a terminally ill person can get about 36,000 tugrik [$18] each month from the government until the patient dies. "It's very small but still supportive," says Davaasuren.

Gandhi, 26, a Los Angeles-based musician and feminist, ran the London Marathon while on her period without using any hygiene products. She wanted to let her blood flow freely to encourage women not to feel embarrassed about their periods, and raise awareness for girls and women around the world who do not have access to feminine care products.

Linus, 33, a Nigerian filmmaker and actor, created a Nollywood movie called Dry about obstetric fistula — a hole between the vagina and bladder (or rectum in some cases) that can result from prolonged obstructed labor in childbirth, leaving a woman unable to control her bodily waste. Some 2 million women are affected worldwide. Surgery can help but is not always an option, since many of the women affected are poor. She hopes her film educates the world about the problem, and she's raising money for the Extended Hands Foundation, which she set up to support surgical help. 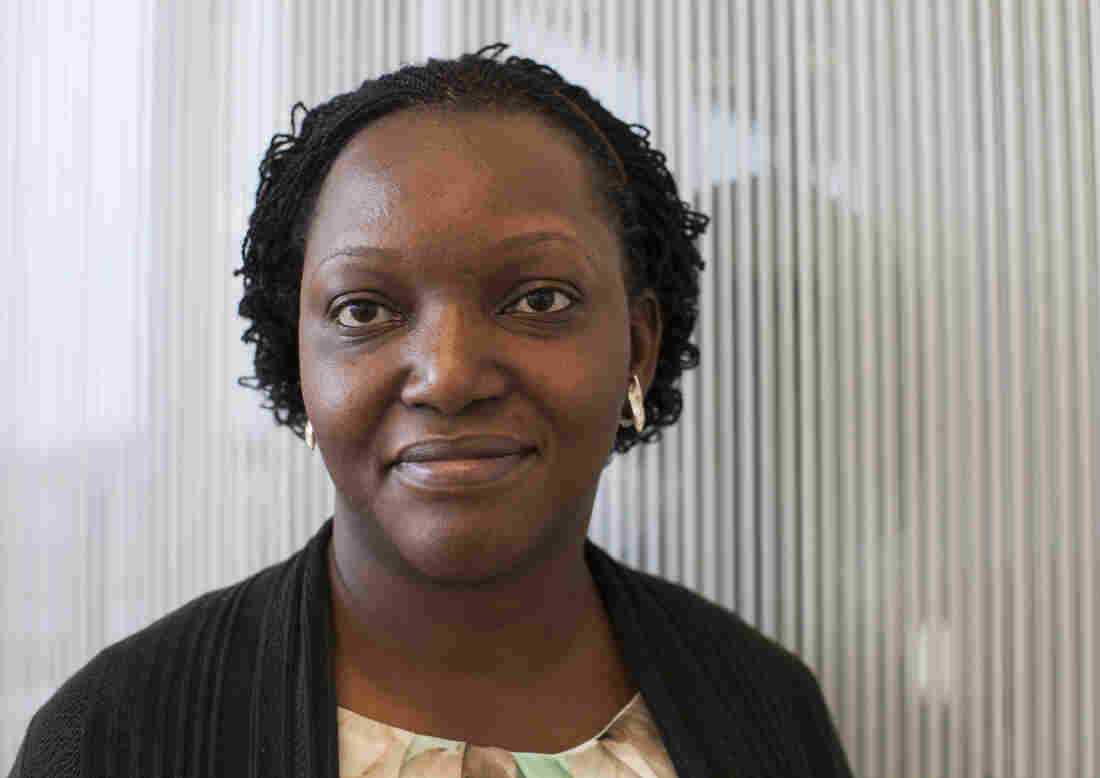 Dr. Etheldreda Nakimuli-Mpungu is one of this year's winners of the Elsevier Foundation Award for female scientists in the developing world. Victoria Sarno Jordan/NPR hide caption 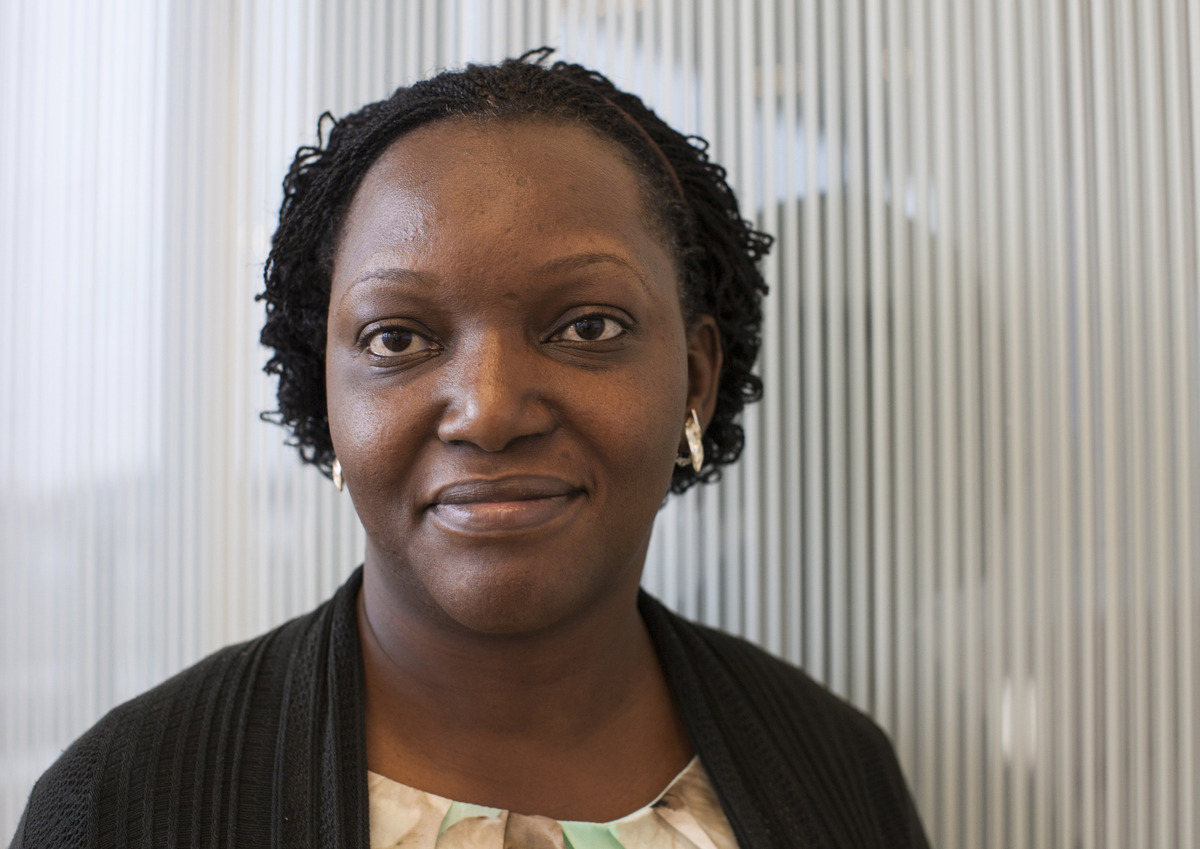 Dr. Etheldreda Nakimuli-Mpungu is one of this year's winners of the Elsevier Foundation Award for female scientists in the developing world.

Mpungu, 41, is a Ugandan doctor and researcher who is a pioneer in treating symptoms of depression in people with HIV. The medical community in sub-Saharan Africa believed these individuals were "beyond help," she says. She's developed therapeutic programs that have been welcomed by the patients: "We were surprised because we had thought maybe people wouldn't want to come ... due to stigma, but they actually wanted something like this — so badly." 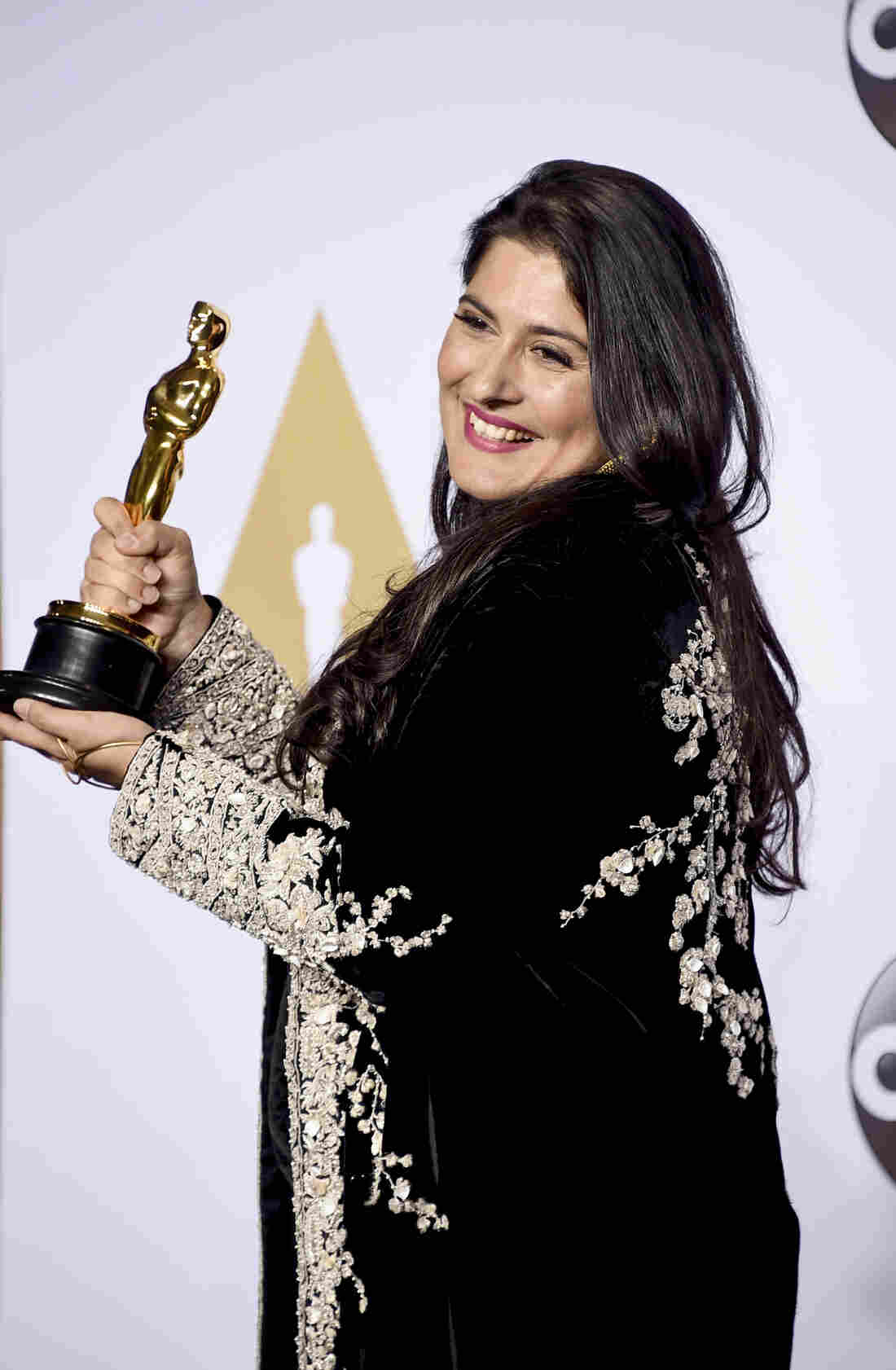 Sharmeen Obaid-Chinoy won the Oscar for best documentary short subject for A Girl in the River: The Price of Forgiveness. Jason Merritt/Getty Images hide caption 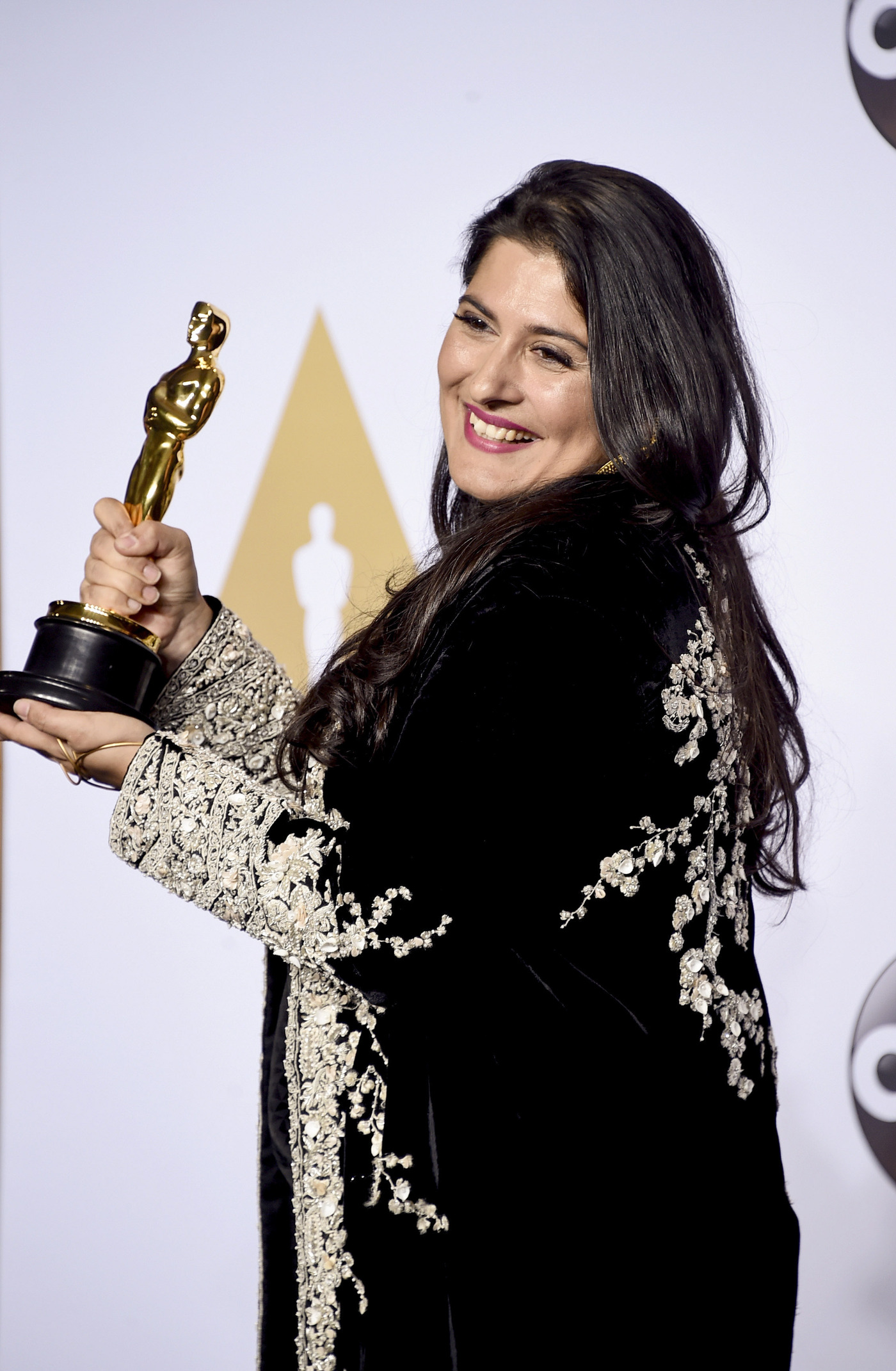 Sharmeen Obaid-Chinoy won the Oscar for best documentary short subject for A Girl in the River: The Price of Forgiveness.

Chinoy won the Oscar for best documentary, short subject, for A Girl in the River: The Price of Forgiveness, which tells the story of honor killings in her home country of Pakistan from a rare point of view: the survivor's. Saba, an 18-year-old girl, was shot and thrown in a river by her own family for secretly eloping. But she lived to tell the tale. After the Pakistani prime minister watched the film, he pledged to change the laws to protect girls from honor killing. 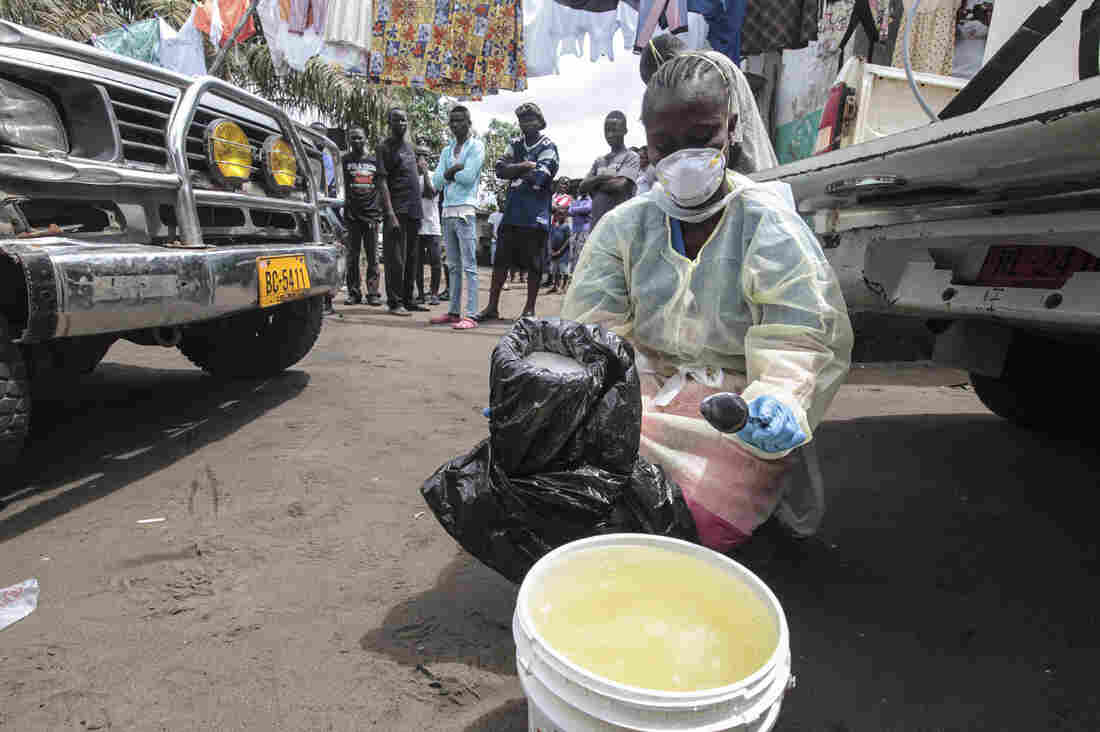 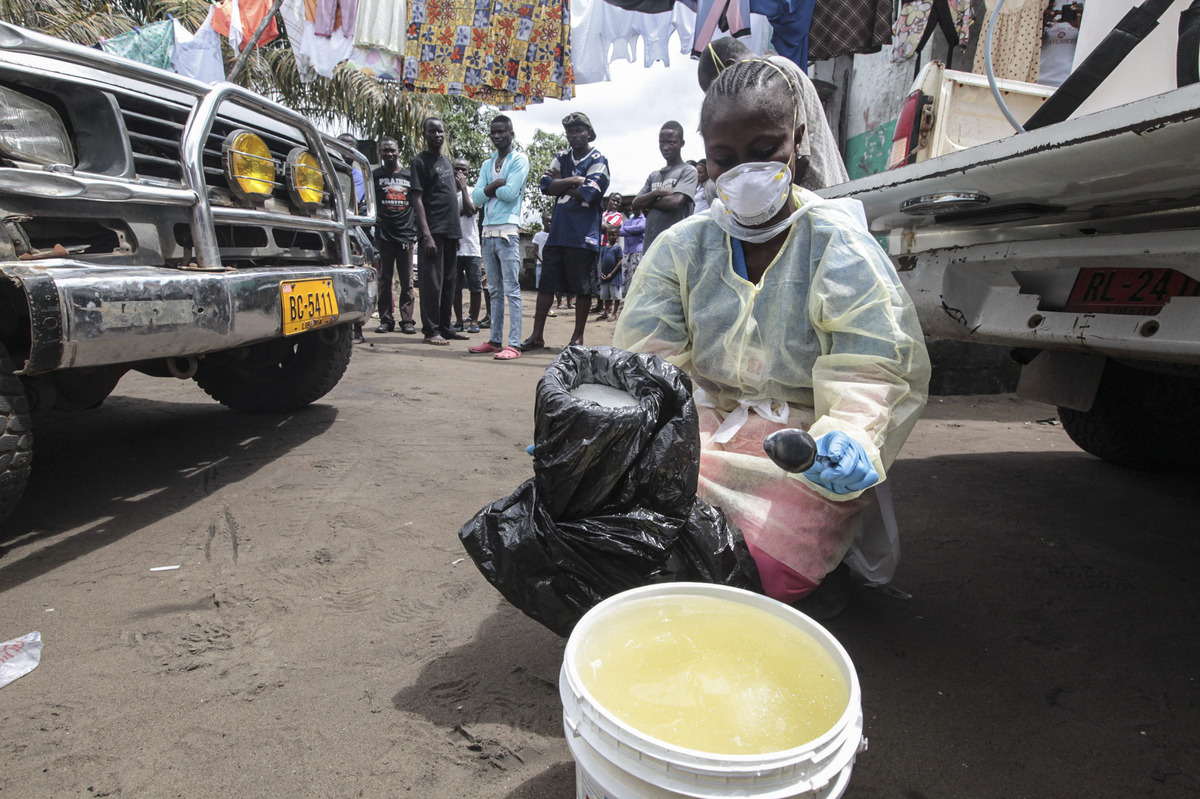 Garmai Sumo mixes chlorine with water to disinfect a residential area in Monrovia, Liberia, where a resident died of Ebola on Oct. 14, 2014.

Sumo, 29, a nurse in Liberia, is the star of the Oscar-nominated short documentary Body Team 12. Amid the chaos of Ebola, Sumo was a voice of hope and faith. Today she works with children orphaned by the deadly virus.

Kekula is a registered nurse who works nights in the emergency room at the Liberia Government Hospital in Buchanan, the third-largest city in the country. She also educates people about family planning through Planned Parenthood of Liberia. In December 2015, she won a contest called "Integrity Idol" for being an "honest government official." As she puts it: "I do not hide my feelings. I'm someone who is bold; I am to the point. If even the oldest person does wrong to me, I will go and [say], 'What you did to me, I don't like it.' I believe in truthfulness; I believe in fairness. I hate lies. You know, stick to your words."

Your turn: Are there other women who you think should be on this list? Tell us in a comment below, or tweet it to us at @NPRGoatsandSoda.