Accessibility links
A Nearly Unbelievable Story Of Spies, Bombs And Dance, Set In Cuba : Goats and Soda A fairy-tale romance between a dancer from Connecticut and a young Cuban studying at Columbia turned into a political thriller — and resulted in the unlikely birth of a new art form in Cuba. 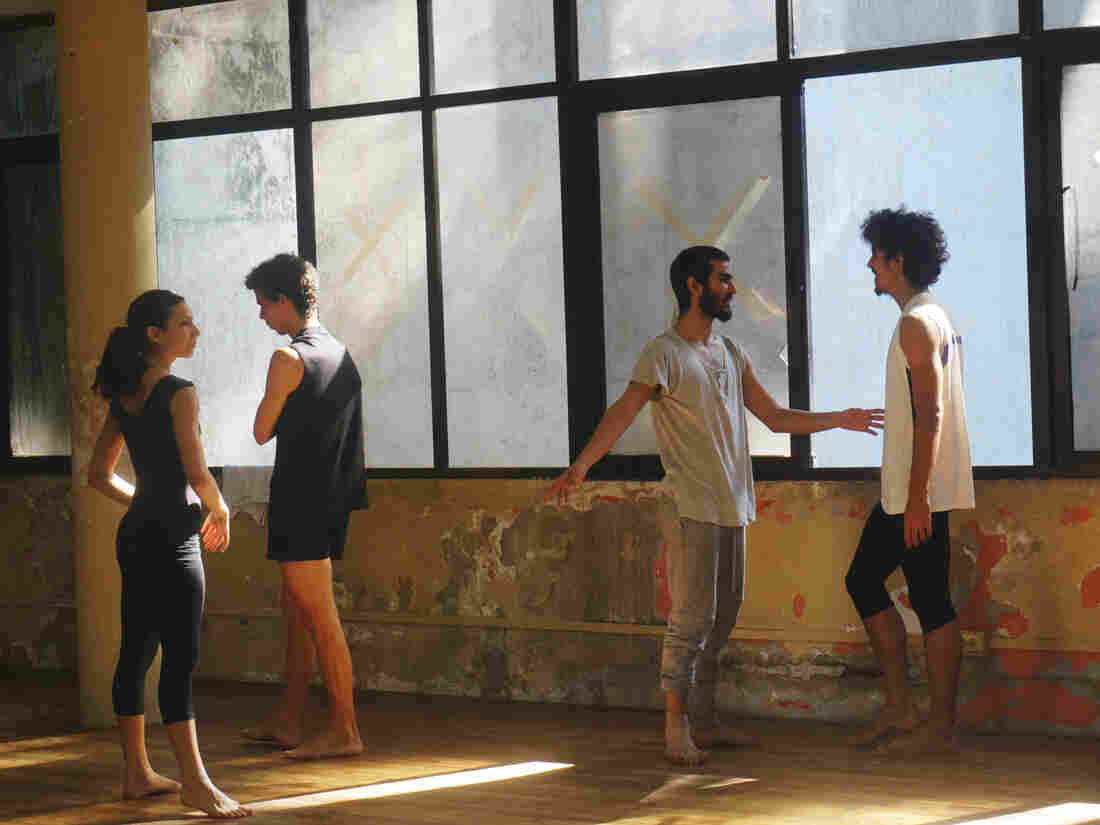 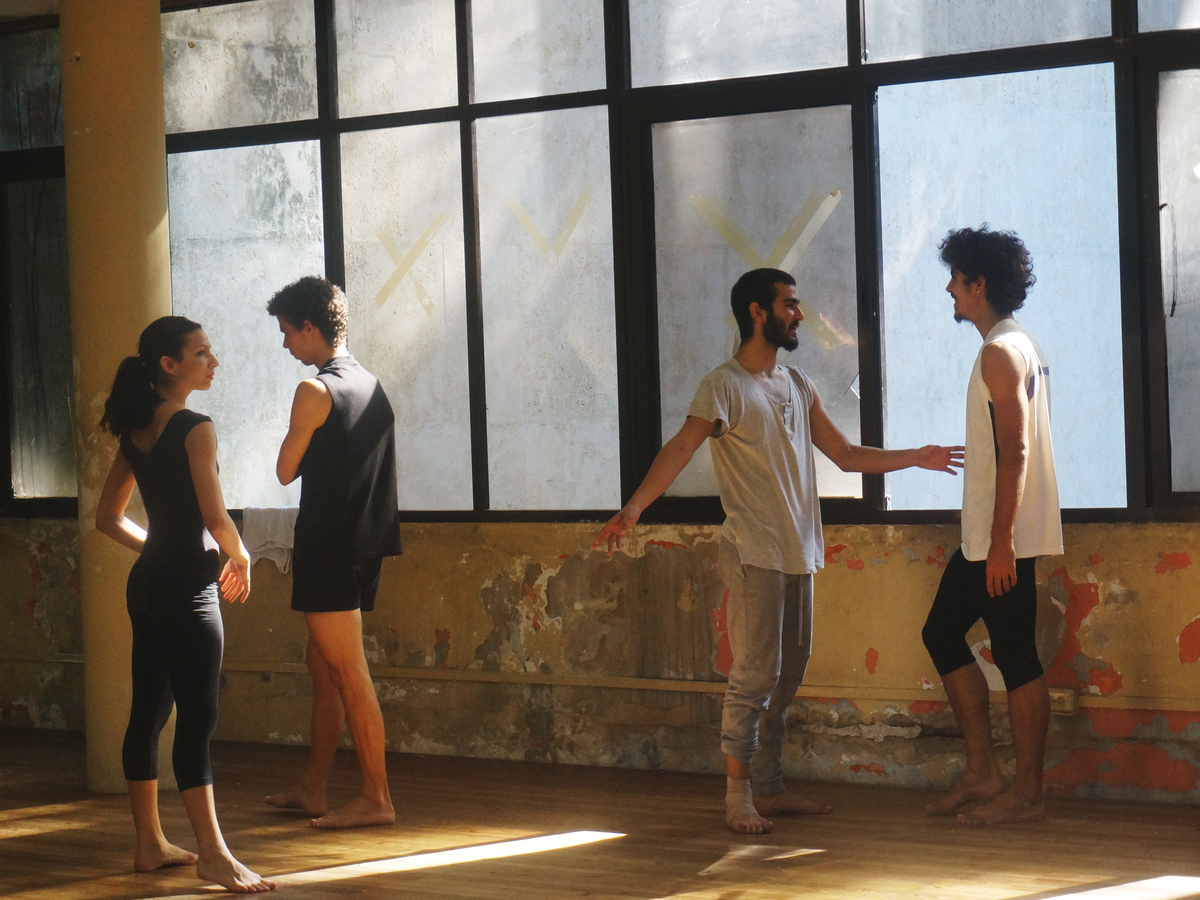 Members of Danza Contemporánea de Cuba prepare for class in Havana in November 2015.

You never know who you're going to meet at a party. In the case of one young man and woman, a Halloween celebration in New York City led not just to a love affair — it became part of the fabric of modern Cuba. 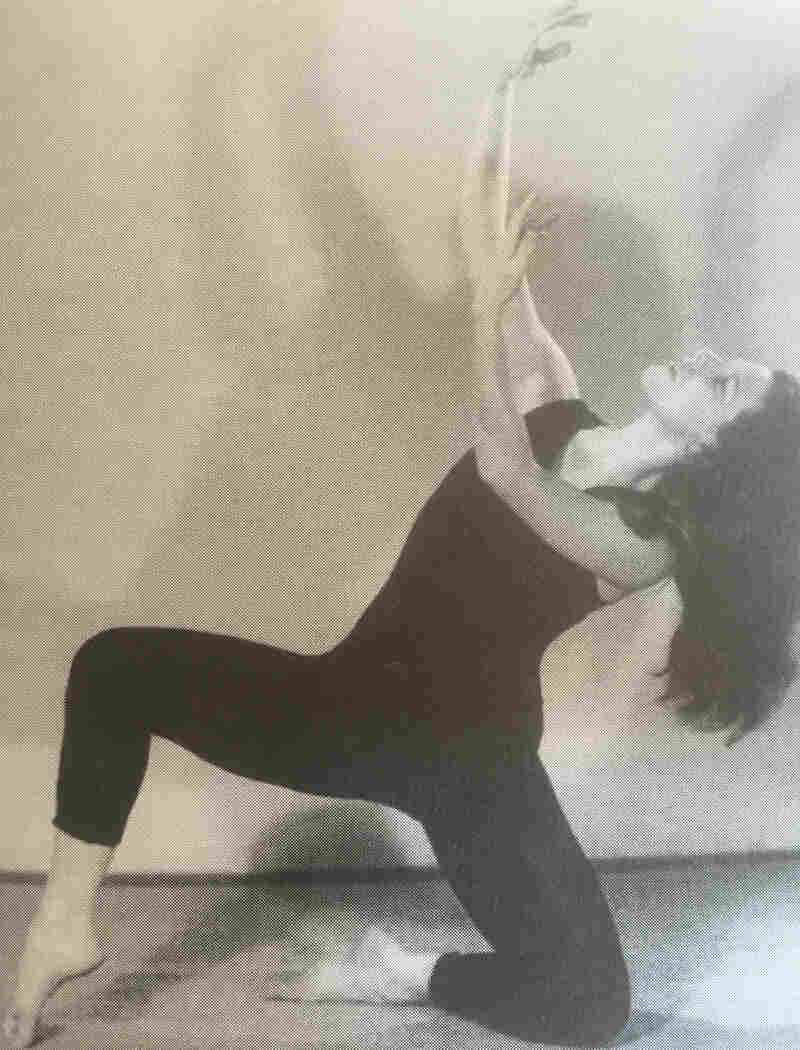 As it turned out, Gabriela had her own, nearly unbelievable tale to tell.

Gabriela is a member of Danza Contemporánea de Cuba — a company co-founded by her grandmother, Lorna Burdsall. But Lorna was just about as non-Cuban as you can get.

"She was born in Connecticut. Preston, Connecticut," says Gabriela. And like so many dancers, she wanted to go to New York. "So she received classes at the Juilliard School with Martha Graham, Doris Humphrey, José Limón — very important dancers in that time," her granddaughter explains.

And here's where this family story starts turning into the stuff of fiction. In 1953, Lorna saw a guy at a Halloween party.

She wrote about that night in her 2001 autobiography, More Than Just a Footnote:

"I wondered what country he was from and I commented to my friend that the fellow was surely not North American, but he said, 'Impossible. Can't you see he has red hair and freckles? He's probably Irish.'" After the music stopped, I asked the mambo dancer where he was from. He didn't understand what I was saying, so he said nothing, but his partner said he was from Cuba."

A couple of months later, Lorna spotted this red-haired guy near Juilliard. He was Cuban, and his name was Manuel. Manuel's parents had immigrated to Cuba from the Galicia region of Spain, an area with deep Celtic roots.

Manuel's father had become very successful in their new country — in part as a distributor of one of Cuba's most famous products, Bacardi rum — and he had sent Manuel to study business at Columbia University, with the expectation that he would come back to help run the family business.

Lorna and Manuel fell for each other, and they quietly got married in New York. Not long after, she moved with him back to Cuba. She didn't speak a word of Spanish, and she didn't know anyone except for Manuel and his family, whom she had briefly met in New York before.

It wasn't just that. Once they were on the island, Manuel finally clued Lorna in on something else.

"He was involved in the Cuban revolution," says Gabriela. "So, my grandmother didn't know that until she came to Cuba. He kept that from her!"

As it turned out, Manuel was more than a little interested in the currents of Cuban politics. He was extremely involved with Fidel Castro, Che Guevara and the rest of the revolutionaries who were plotting to overthrow Cuba's dictator, Fulgencio Batista. Manuel became Raul Castro's right-hand man during the revolution.

"The first thing, he went to the Sierra Maestra to fight with Fidel," says Gabriela. "He was part of El Segunto Frente, the Second Front. And after the triumph of the revolution, he became the vice-minister of Cuban intelligence." 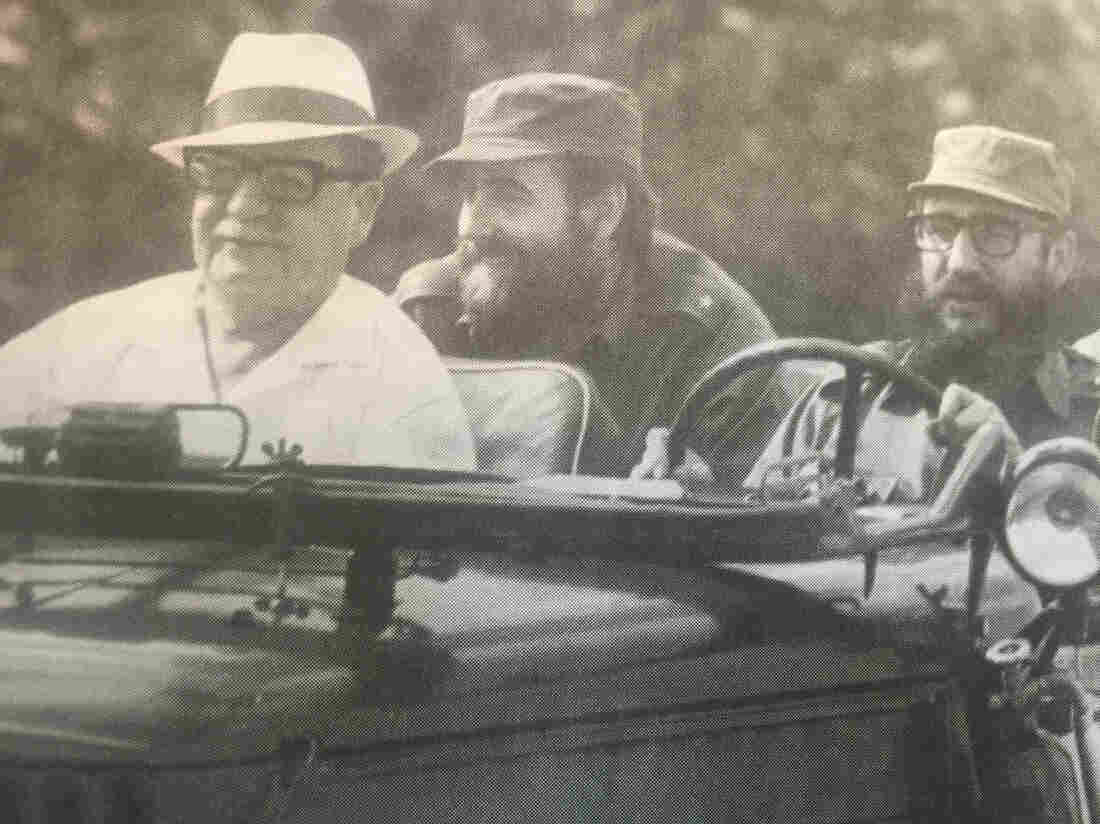 Salvador Allende, Manuel Piñeiro and Fidel Castro in Havana, before Allende was elected president of Chile in 1970. Courtesy of Gabriela Burdsall hide caption 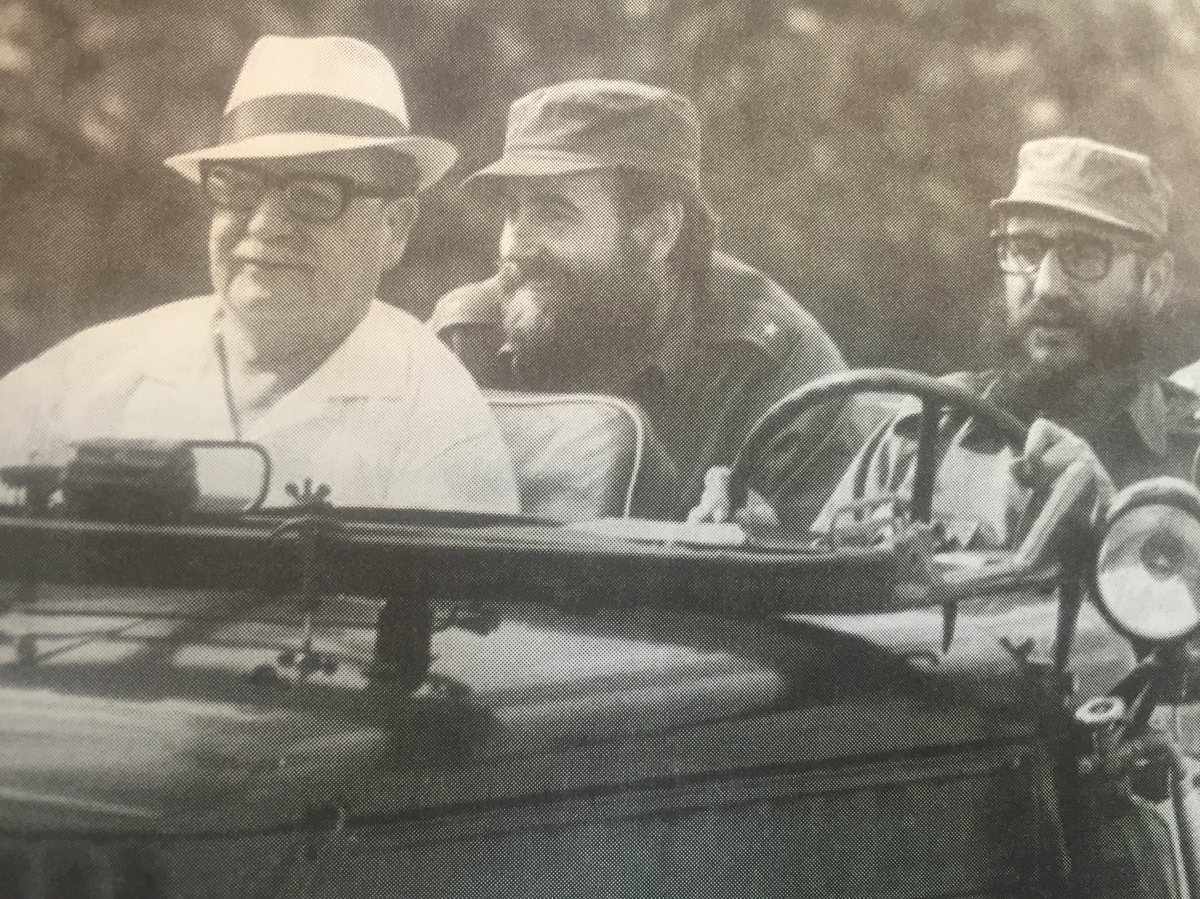 Salvador Allende, Manuel Piñeiro and Fidel Castro in Havana, before Allende was elected president of Chile in 1970.

His nickname was "Barba Roja" — "Red Beard." And his wife — perhaps naively — joined the cause. In her autobiography, Lorna writes about caching weapons and ammunition at their house, and about the time that she carried a bomb, which she was supposed to set off at one of Havana's most famous tourist spots.

"The bomb I was carrying in my handbag was small and I justified my bellicose action by assuming that, without killing anybody, it could serve to make the tourists know that things were not as serene as depicted in the travel brochures," she wrote.

In the end, she didn't set off the bomb. But she had other adventures. While she was pregnant with their only child, Kahlil — Gabriela's father — Lorna stored arms and ammunition for the fighters. This story also appears in her autobiography.

"Once we had the floor of the baby's room full of different-sized bullets. As we were storing them out, the doorbell rang. I opened the door to find a policeman greeting me. At first, although frightened, I was very nonchalant and offered him a cup of strong, sweet coffee. After a little chat, I learned that he was introducing himself in order to receive his monthly contribution from the new neighbors, us. He left and I breathed a sigh of relief. And Manuel came out of hiding saying, "He probably thought we were playing dominoes; it sounds about the same as sorting bullets." 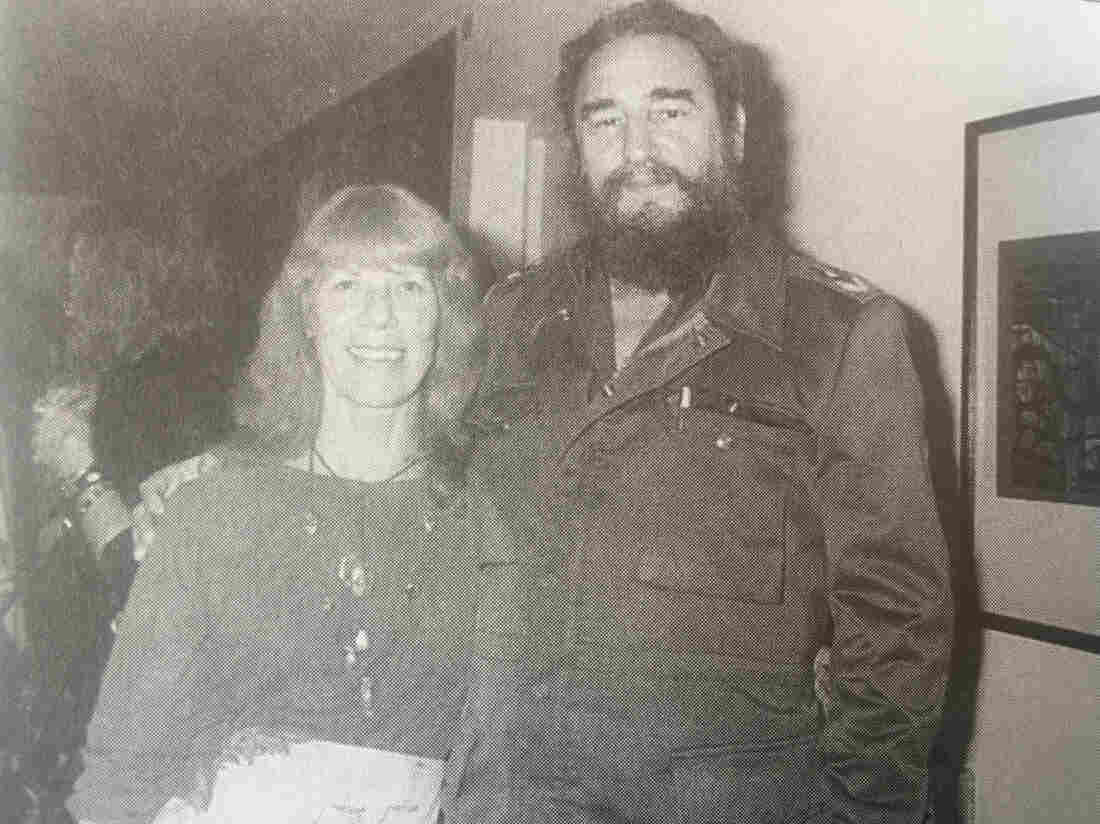 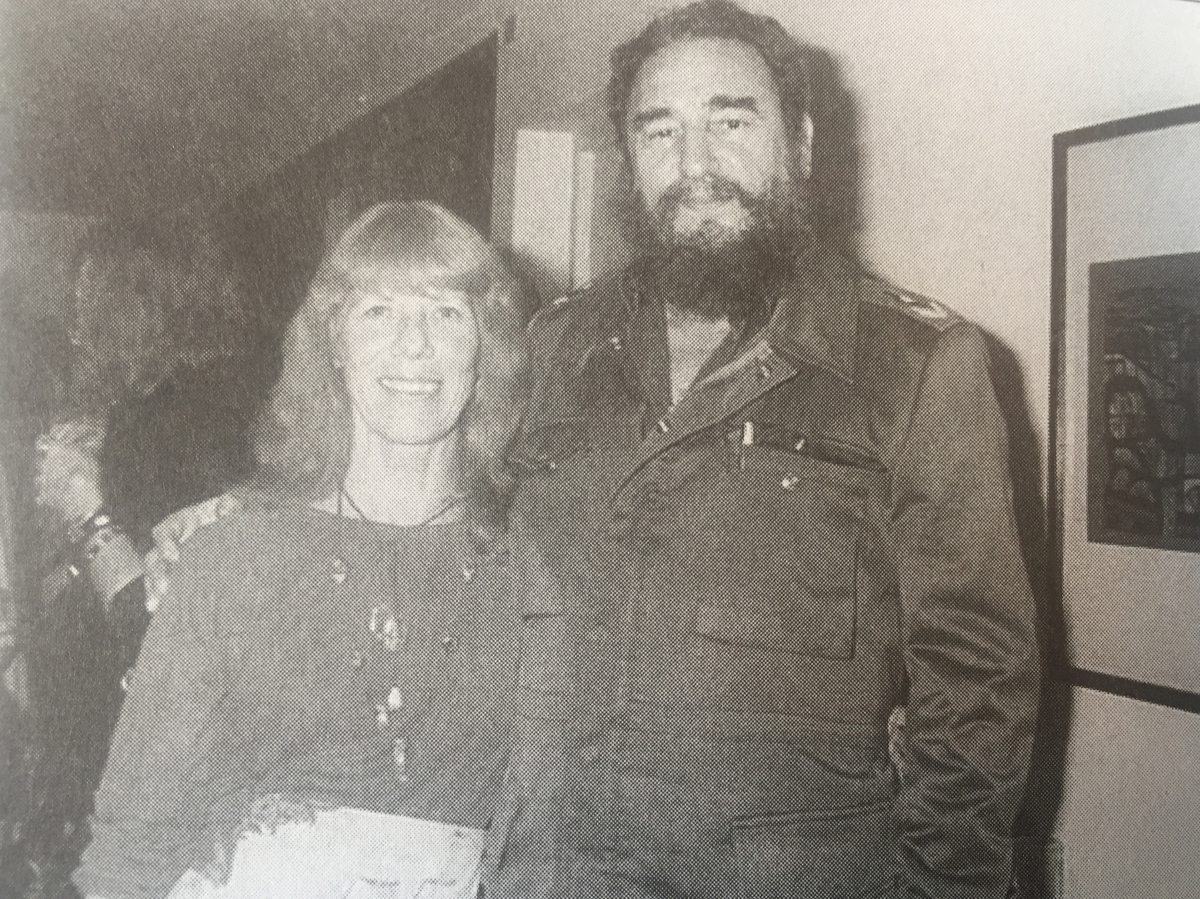 After the revolution, Manuel Piñeiro Losada became one of the most influential and trusted figures within the Cuban government. When Che Guevara died, it was Manuel who told Fidel Castro. And Manuel Piñeiro played a role in fomenting violent revolution in other parts of Latin America. When he died in 1998, the headline in his New York Times obituary called him the "Spymaster for Castro."

Meanwhile, under the new regime, Lorna became a founding member of a new national dance company.

Today, the troupe is called the Danza Contemporánea de Cuba. They work with many prominent international choreographers and frequently tour across Europe, the U.K. and South America. Their first American tour was in 2011.

The group is led by Miguel Iglesias, who has been its director for more than 30 years. Iglesias says that in those early days, Lorna Burdsall and director Ramiro Guerra went beyond European and North American ideas about modern dance to incorporate Afro-Cuban elements.

"For example, we put pieces for Orfeo — but Orfeo in the Caribbean. We put [on] Medea, but Medea with black men, in the Caribbean, too," Iglesias explains. "You know, we have a new content and we need a new form. And we mix something about the Afro-Cuban root with the Graham technique."

As in Martha Graham, that is. This blending of cultures was a big deal in a country that had generally tucked its complicated and painful racial history out of sight. And it was a young blonde woman from the U.S. who helped put African culture front and center. 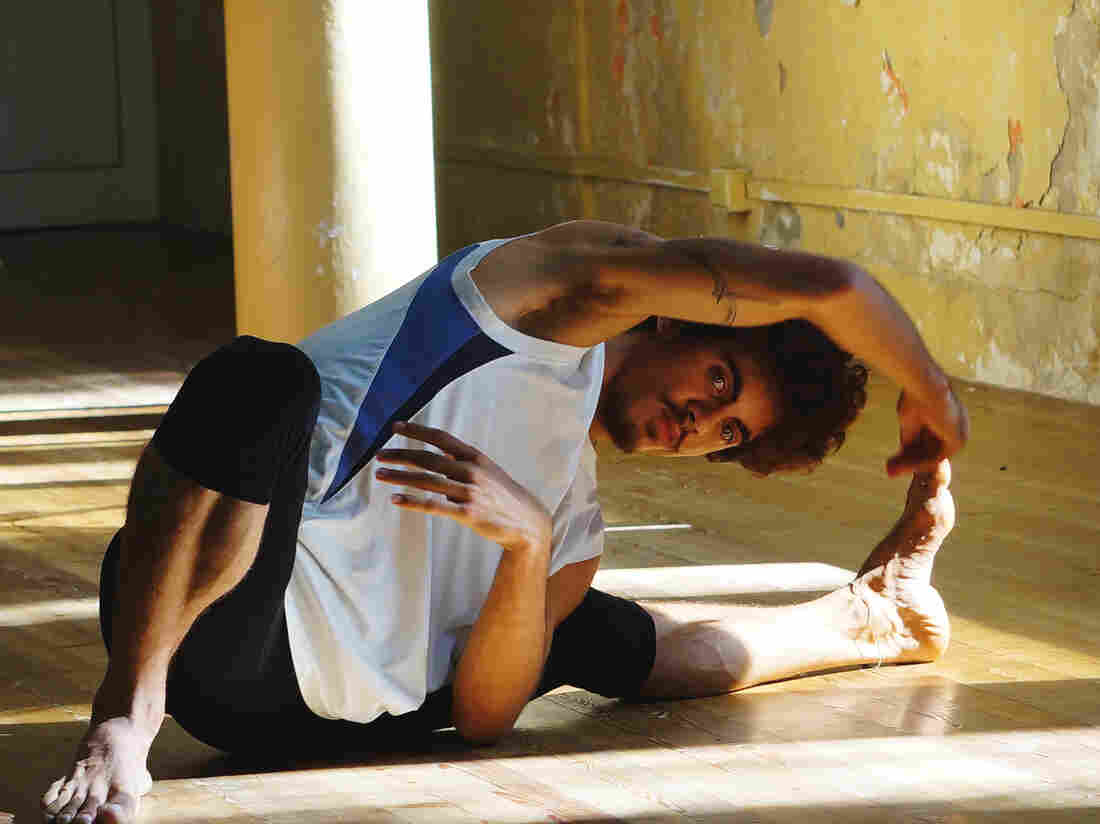 A member of Danza Contemporánea de Cuba warms up before rehearsal in Havana in November 2015. Anastasia Tsioulcas/NPR hide caption

Twenty years after their wedding, Lorna and Manuel split up, at Lorna's instigation. And Lorna left the national modern dance company — in her autobiography, she says she was forced out because of her divorce. After that, she created a new, more experimental company called Así Somos — "The Way We Are." Gabriela says that Lorna stretched huge pieces of fabric over her dancers, turning them into moving pieces of modern sculpture.

Lorna Burdsall in one of her more experimental pieces from the 1980s: Greta, with music by Dave Brubeck. Courtesy of Gabriela Burdsall hide caption

"Así Somos is a group that had a very different aesthetic," Gabriela explains. "It was very shocking at that time. It was more performative — it was based on performance art. It was visual, very visual, very plastic. And she liked to call her work teatro de imagines — image theater."

Sometimes, Lorna even staged performances at her apartment. Her home was given to her by Fidel — it's a spacious, airy place in Havana's Miramar district, with a big balcony looking over the spot where the Almendares River runs right into the Caribbean. It needs work, like so many buildings in Cuba. But by Havana standards, it's a palace. And it gave Lorna the room to try new things. 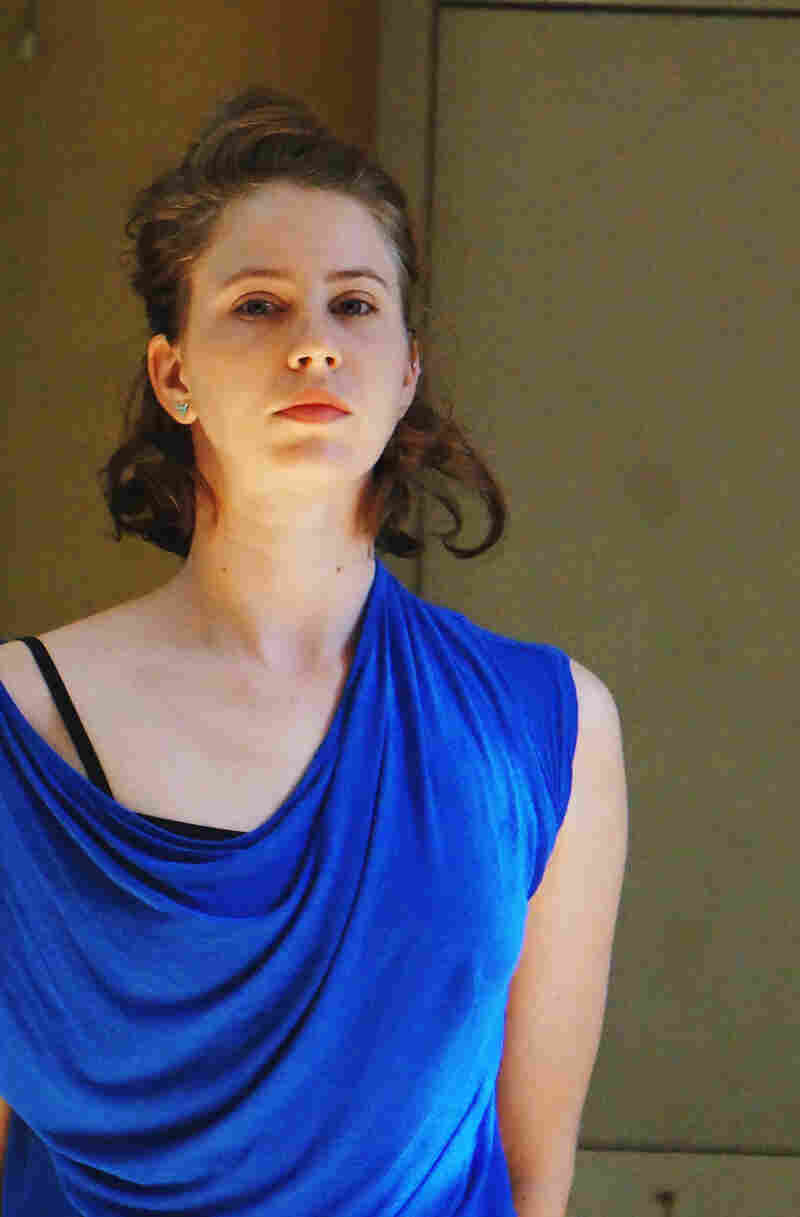 "She took down the wall to make more space," says Gabriela. "Everybody came to her house and they began to experiment with different things. She liked to make her own characters, she took her own dressing costumes and lots of her dressing costumes were made with anything she could find."

Gabriela grew up largely at Lorna's apartment. They were inseparable. "When I was born, I was the little girl of the family," she says, laughing. "And I spent most of the time with her."

Lorna taught Gabriela English, and Gabriela inherited Lorna's passions for dance and theater. Gabriela is 26 now. She even looks like Lorna, with her blonde hair and inquisitive glance. And now she lives in Lorna's old apartment — with all of her grandmother's mementos and photos still in their places.

Gabriela says that Lorna fell deeply in love with her adopted country — and the artistic possibilities she found there. "She said that she decided to live in Cuba because in the United States, everything was invented," says the granddaughter. "And here in Cuba, circumstances had to make you invent all the time, and look for alternatives to make things work."

Lorna lived and worked in Cuba until her death in 2010. Her romance started out a fairy tale and morphed into a political thriller, but it was dance that kept her life in motion.