Accessibility links
Interview: Gayle Smith, New Chief Of USAID, Means Business : Goats and Soda At the top of her list? Pass a bill to help end global hunger, plan for future infectious disease outbreaks and catch up on her aid acronyms. 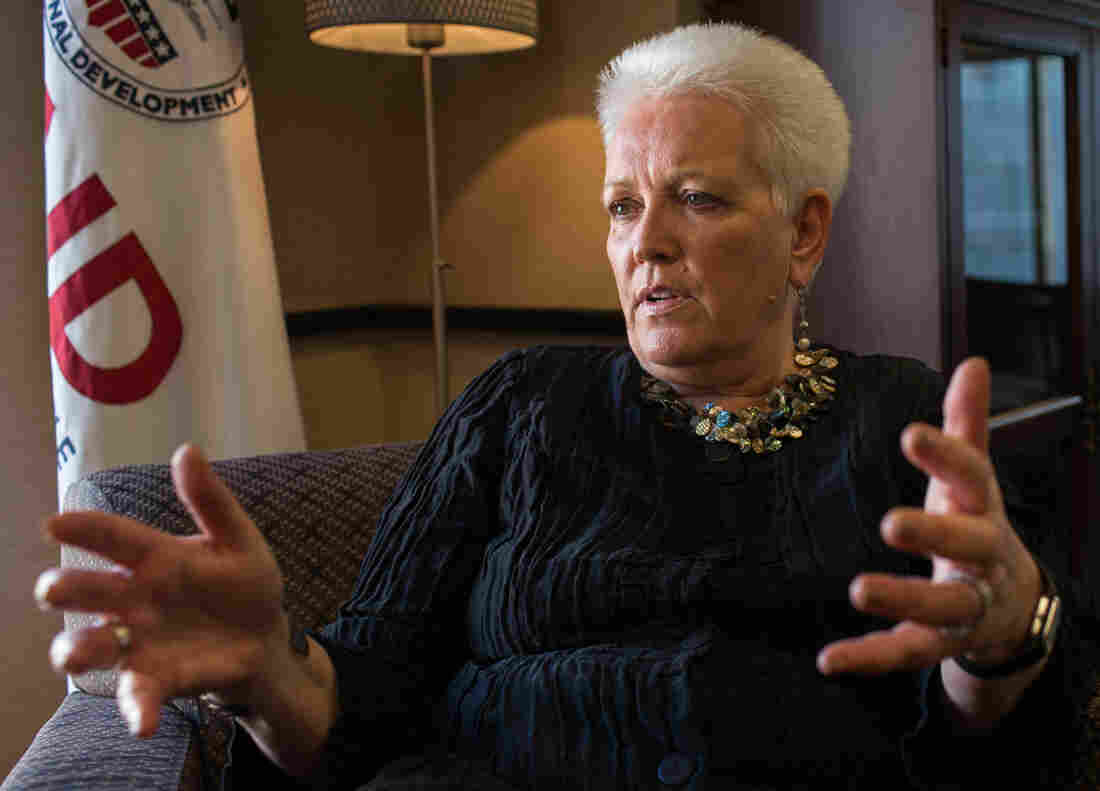 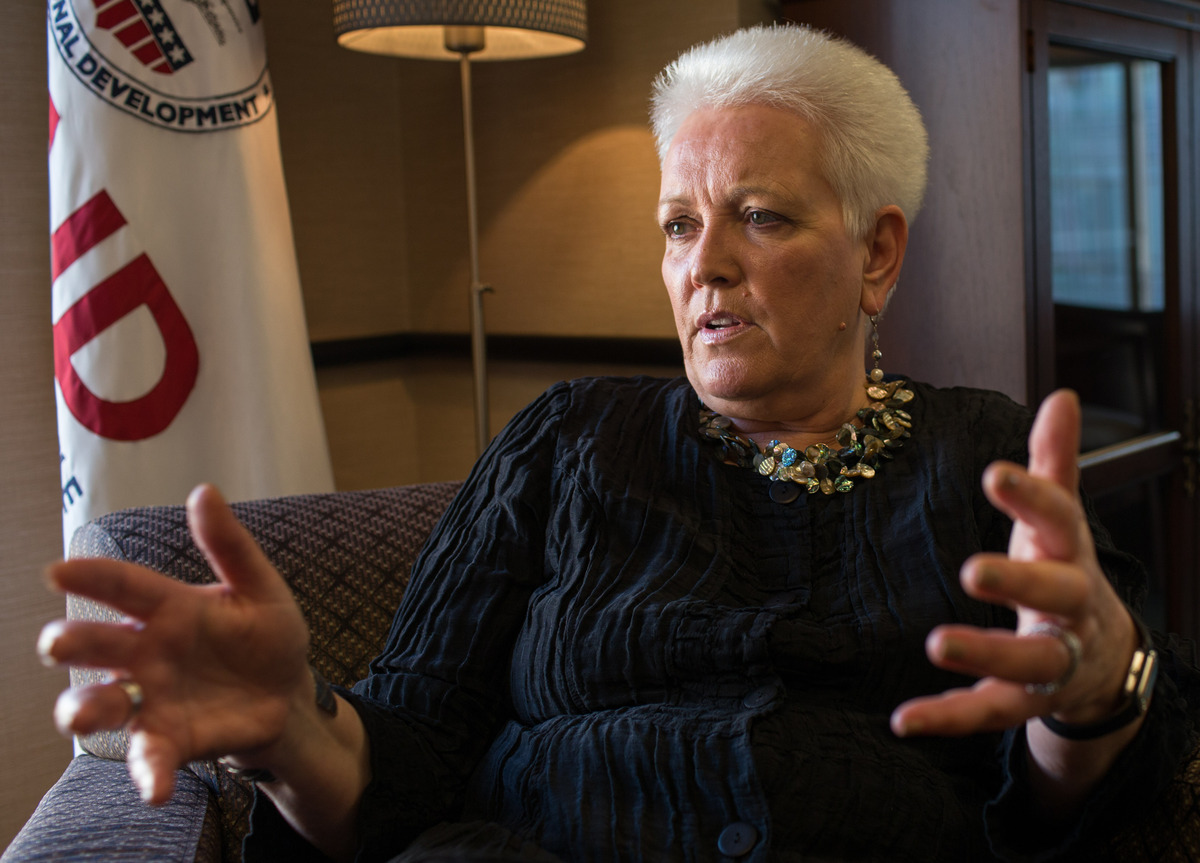 Gayle Smith in her office at the Ronald Reagan Building in Washington, D.C.

They called her Mr. Smith.

When the newly installed USAID chief Gayle Smith was at a conference in Africa recently, the local leaders didn't recognize the gender of her name. So they gave her a "Mr. Smith" tag — which she now has on top of a bookshelf in her corner office at the Ronald Reagan building in Washington, D.C.

The nameplate on her desk makes things clear. It says: "GIRL BOSS."

Being a boss anointed in the final months of a president's term is not an easy job. Three months ago, Smith took the top spot of the federal agency in charge of U.S. humanitarian projects like fighting Ebola, feeding refugees and distributing more than $22 billion this year in aid.

And Smith, a tall 60-year-old woman with a deep tan and a shock of white hair, isn't going to let time or politics stand in her way. She's confident that she can "lock in" what she describes as "things that really work."

At the top of the agenda? Getting Congress to pass the Global Food Security Act this year, which will solidify Feed the Future, an effort to fight global hunger in 19 countries. The program includes everything from distributing seeds for disease-resistant cassava plants to a mobile phone app that helps farmers find the nearest source of fertilizer.

The Republicans and Democrats famously aren't getting along in Congress, but Smith doesn't expect too much in the way of opposition. The contentious party-line roadblocks, she says, aren't a problem when it comes to the work of USAID.

That's because there's a long history of bipartisan agreement on the big issues. She shares PEPFAR, the President's Emergency Plan for AIDS Relief, as an example. President George W. Bush introduced it in 2004 with a budget of $2.4 billion, and Obama continued its legacy. "We'll pass it on and administrations will keep doing it until we defeat HIV and AIDS," she says.

It doesn't hurt that Smith is a veteran on the international scene. For 20 years, she was a journalist based in Ethiopia, Kenya and Sudan. She covered politics, military and war, and once wrote an article called "Goat Cheese and Failed States," after visiting a region in Africa that had all kinds of goat cheese — short ones, tall ones, round ones, big ones — but nothing much in the way of resources or infrastructure. She never published it. In 2006, she co-founded the Enough Project, an advocacy organization that campaigns against genocide, conflict minerals and corruption in Africa. And as the former national security aide to Obama, she helped shape the administration's foreign aid policies.

Smith is the master of interview speak, offering up earnest and straightforward assessments of what she hopes to accomplish in the next few months.

Besides building up existing programs, which she describes as the "fun, exciting stuff I've done my whole life," she wants to make the agency more "agile and responsive" — terms usually used to describe startups and tech companies.

"We must move swiftly to seize opportunities when they arise," said Smith in her first major policy speech earlier this month. That includes figuring out how to support democracy efforts in Sri Lanka and Myanmar, set up education centers for Nigerian families displaced by Boko Haram and find solutions to the global migrant crisis.

On top of responding to real-time issues, she wants USAID to be better at long-term planning — especially in the realm of global health emergencies. If countries had the funds and resources to build up a health care system that works, they can quash an outbreak. For example, during the Ebola crisis in West Africa, there were two other outbreaks going on. A healthcare worker died of the fatal Marburg virus in Uganda and there were cases of Ebola in Central Africa in 2014. The diseases "didn't take off," she says, because countries "had the training and skills needed to prevent the diseases from spreading."

"In the seven years I've been in government, there's been H1N1, MERS, corona, Ebola, Zika — there's been more diseases in greater rapidity," she says. "We have to build the architecture to [prevent, detect and respond to diseases] because that's going to be a more common feature."

But Smith is a realist about what she can actually get done at USAID on her limited timeline, given that budgets have "tough and convoluted" rules. "You can't change systems in an institution in a year. If you can, you probably haven't done it very well," she says. "We'd be a mile wide and an inch deep, and people would be very mad at me." 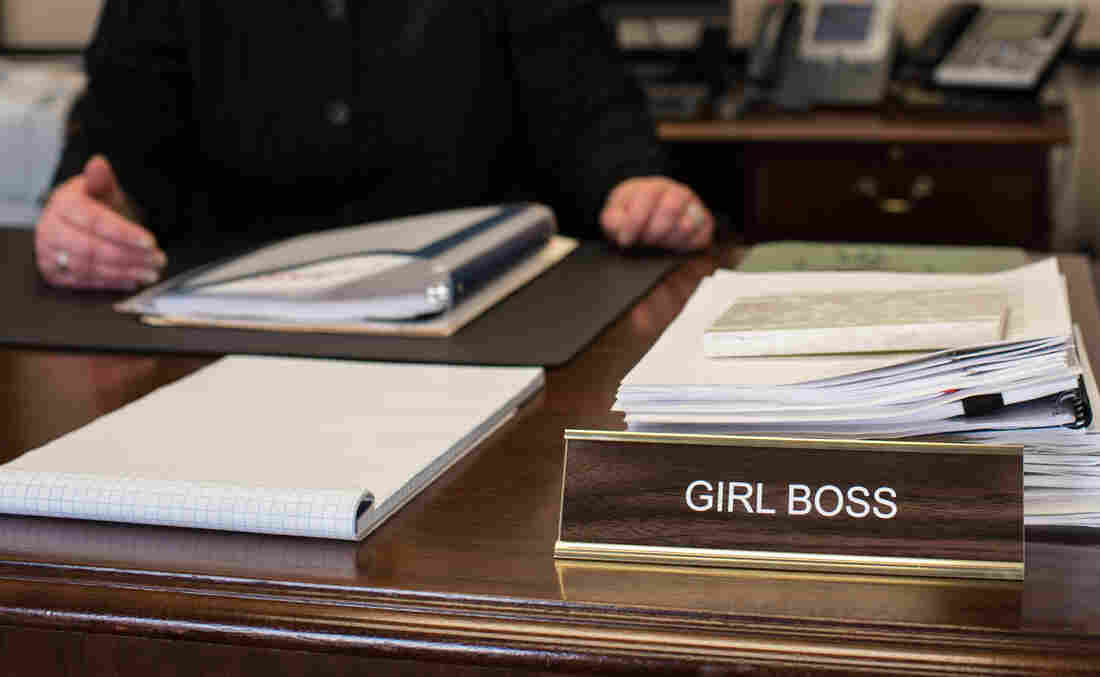 A friend gave this nameplate to Smith when she first got the job as USAID chief. Victoria Sarno Jordan/NPR hide caption 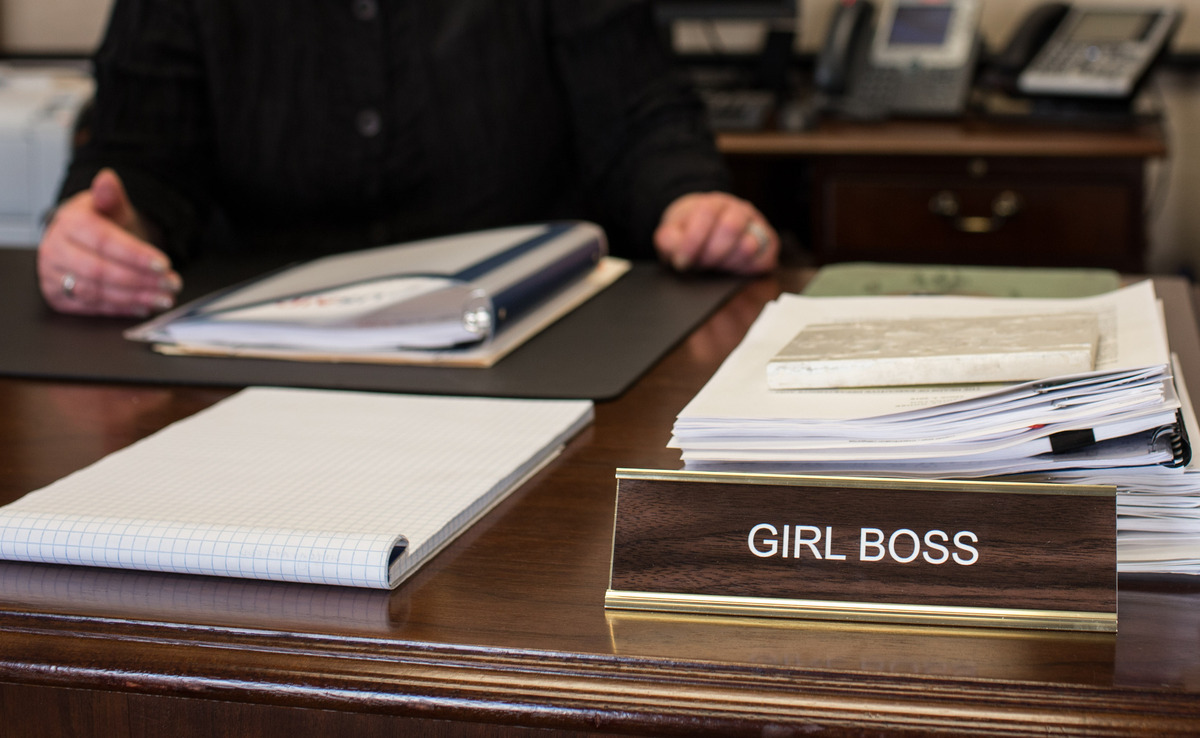 A friend gave this nameplate to Smith when she first got the job as USAID chief.

Although Smith describes working in public service as "enormously satisfying," she's not a fan of all the bureaucratic jargon in the world of USAID.

The many acronyms, for example, drive her to distraction. Since December, when she took the job, she's learned "thousands" of them, even the ones that make the most awful sound when emerging from her throat.

Her personal choice for hardest to say? PFMRAF — which she pronounced "pfeffemraf." It stands for the Public Financial Management Risk Assessment Framework.