Accessibility links
Fighting Zika Calls For Improvisation In Brazil Amid An Economic And Political Meltdown : Goats and Soda Brazil's political and economic meltdown creates challenges for doctors trying to get a handle on the outbreak. 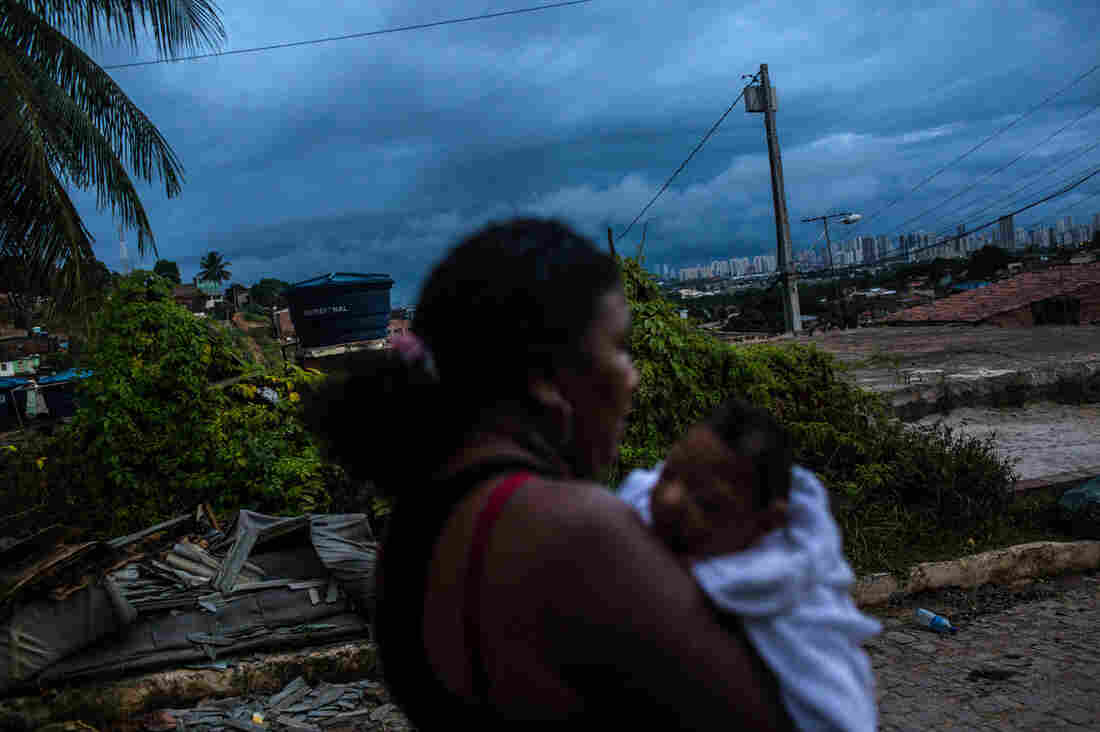 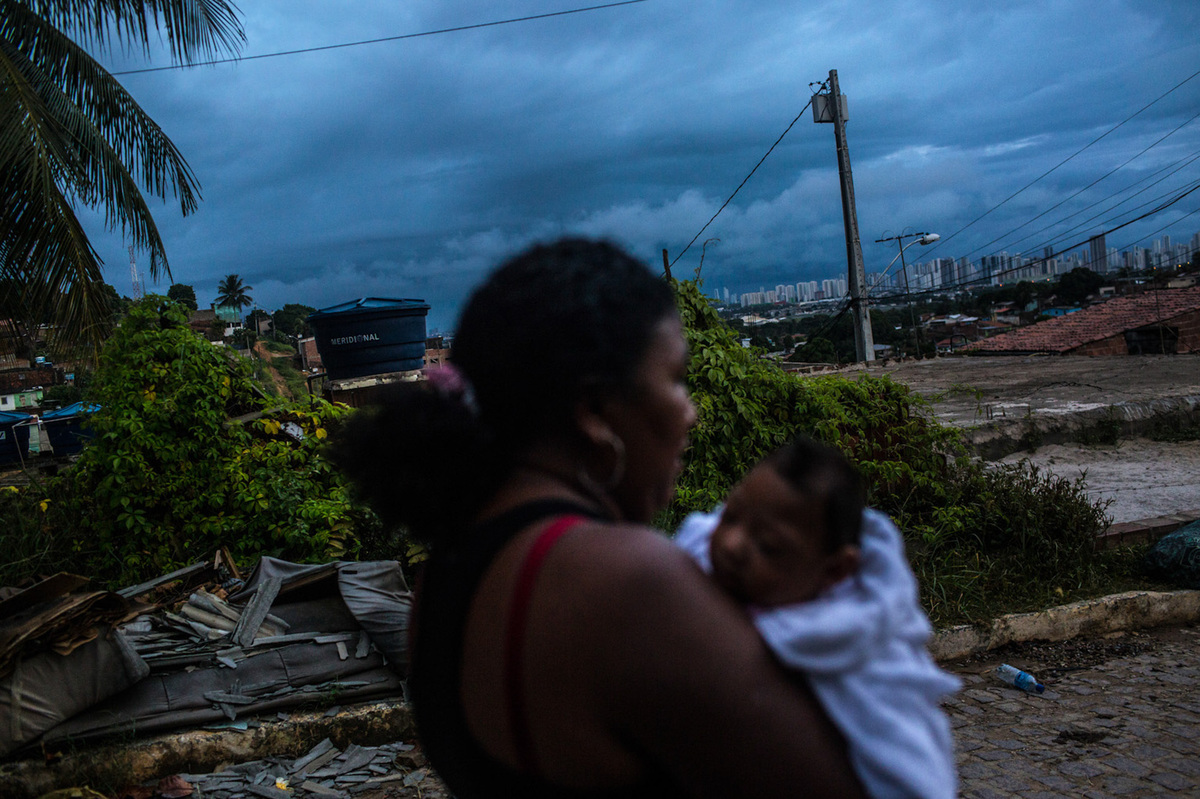 Nadja Bezerra carries her 4-month-old daughter, Alice, who was born with microcephaly, in Recife, Brazil.

He asked for $7 million to fight Zika.

He got a few hundred thousand dollars.

That's the story that Jailson Correia tells. He's the health secretary for Recife, the city with the most cases of brain damage in infants linked to Zika. The virus began sweeping through Brazil last fall. In November, concerned about the scope of the outbreak, he asked the federal government for help. What they gave was a drop in the bucket.

Why so stingy? Because Zika isn't the only emergency in Brazil. Two other mosquito-borne viruses are spiking: dengue and chikungunya. Meanwhile, the country is going through an economic and political crisis as well, facing one of the worst recessions in its history. Its president is under attack. So health workers and officials have to scramble to do as much as they can with limited resources and a vacuum of power at the top.

"It was disappointing," Correia says of the allocation. "But it did not freeze us."

From the top down, leaders and workers in the health field are improvising solutions.

Correia says the city started using emergency funds destined for other things. That helped. But then, in the past few months, the political crisis blew up. President Dilma Rousseff is now in the process of being impeached. Her health secretary — the man coordinating the country's response to the Zika virus — will probably be replaced in the next few weeks because his party withdrew from the government.

Correia sighs at the flood of bad news.

"We'd love to have a situation where we'd face one crisis and not all these crises at the same time," he says.

But they don't. So they are doing what they can to cope.

Correia showed me around the Zika situation room in his office. Charts, maps and lists paper the walls. The data is updated regularly — and in a few weeks will all be digital, he says.

"We are now seeing things getting a little more stable," he says. "We understand a little bit more what is going on. We start to have the capacity to plan and predict better than we used to have."

And what's going on is this: New cases of microcephaly are dramatically down. Last November, Recife registered 125 cases. But since the beginning of this year, the numbers have hovered around 25 a month. Correia says the decline was expected: Women giving birth this spring would have become pregnant during the cooler winter period when there were fewer mosquitoes around to transmit Zika.

The lull has allowed doctors to start to get a handle on the situation.

At the AACD (Association for the Assistance of Children with Deficiencies) medical center in Recife, doctors Ana Van Der Linden and her daughter, Vanessa, are leading a study of microcephaly. They were the two doctors who first flagged the surge in birth defects in their city. The neuro-pediatricians have been working on the issue ever since.

On a single day, the medical center saw 116 mothers and babies with suspected microcephaly linked to Zika. They've come to get the microcephaly diagnosis confirmed. It's part of a national process: Brazil is investigating over 4,000 suspected cases of Zika-linked microcephaly.

Dr. Ana Van Der Linden says the cases in their state are being examined one by one. So far Zika-related microcephaly has been confirmed in about half of the babies. The rest, says her daughter, had been misdiagnosed.

Dr. Vanessa Van Der Linden says that after seeing so many cases, the Zika- related ones are now very easily recognizable: "When you see a CT scan, we know it's Zika. It's a pattern [of damage] that is specific for these patients."

I ask the doctors whether political and financial instability in the country has affected what they are doing. They acknowledge what's really holding the whole system together is that doctors and officials like the health secretary are coming up with ways to make things work.

Last week, for example, one of the microcephalic infants was very ill, suffering repeated convulsions. He had to be hospitalized.

Dr. Ana Van Der Linden says many of the children with Zika-related brain damage are developing an extreme form of epilepsy that's treated with a particular medication called Sabril. With this drug most of them improve, she says. But it's expensive — about $50 a box. Most families can't afford it. The government is supposed to provide it for free, but there are long delays in getting the medication. So both doctors have started hoarding it whenever they come across a box, so they can hand it out to the mothers who really need it

Dr. Ana Van Der Linden gave the mother of that hospitalized baby two of the four boxes she had in her stash, basically saving his life.

But it's a short-term solution to a long-term problem.