Watch These 3 'Unfairy Tales' And See If They Move You

Watch These 3 'Unfairy Tales' And See If They Move You 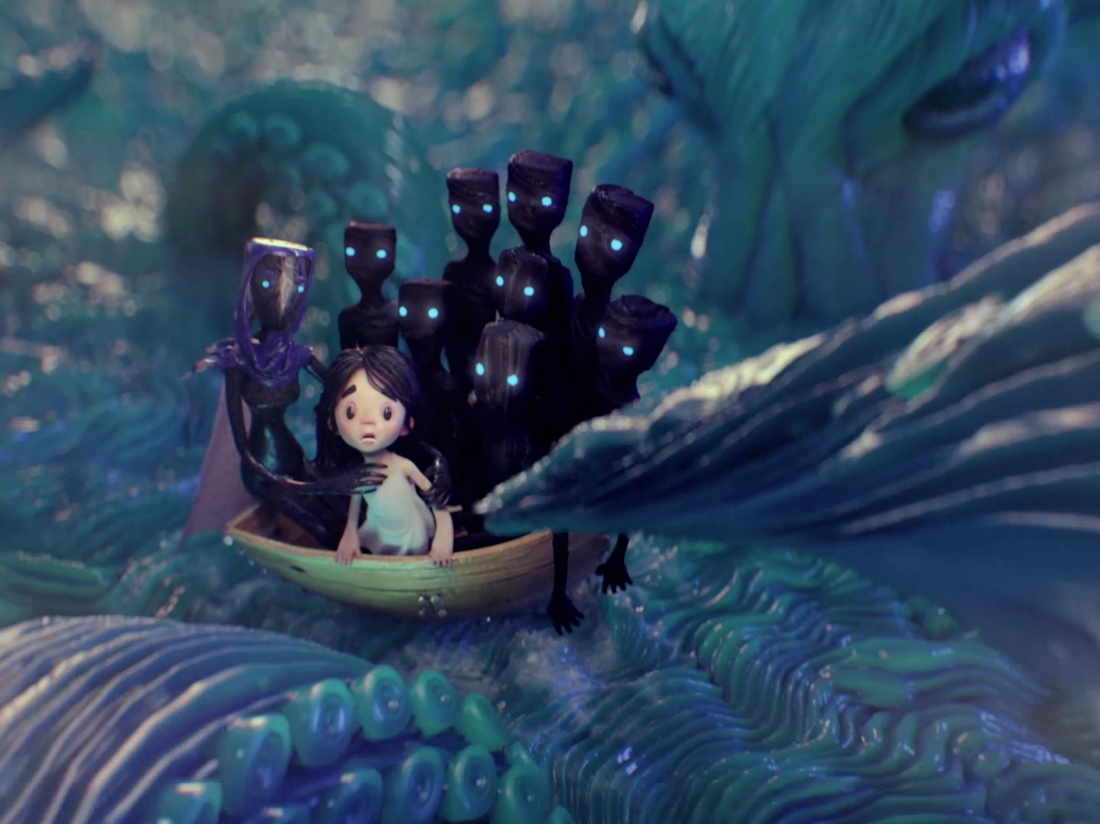 Open on the starry night sky. Pan down to reveal a boat floating in the middle of the ocean. Malak, her mother, and a group of strangers are packed on the boat. Courtesy of UNICEF hide caption 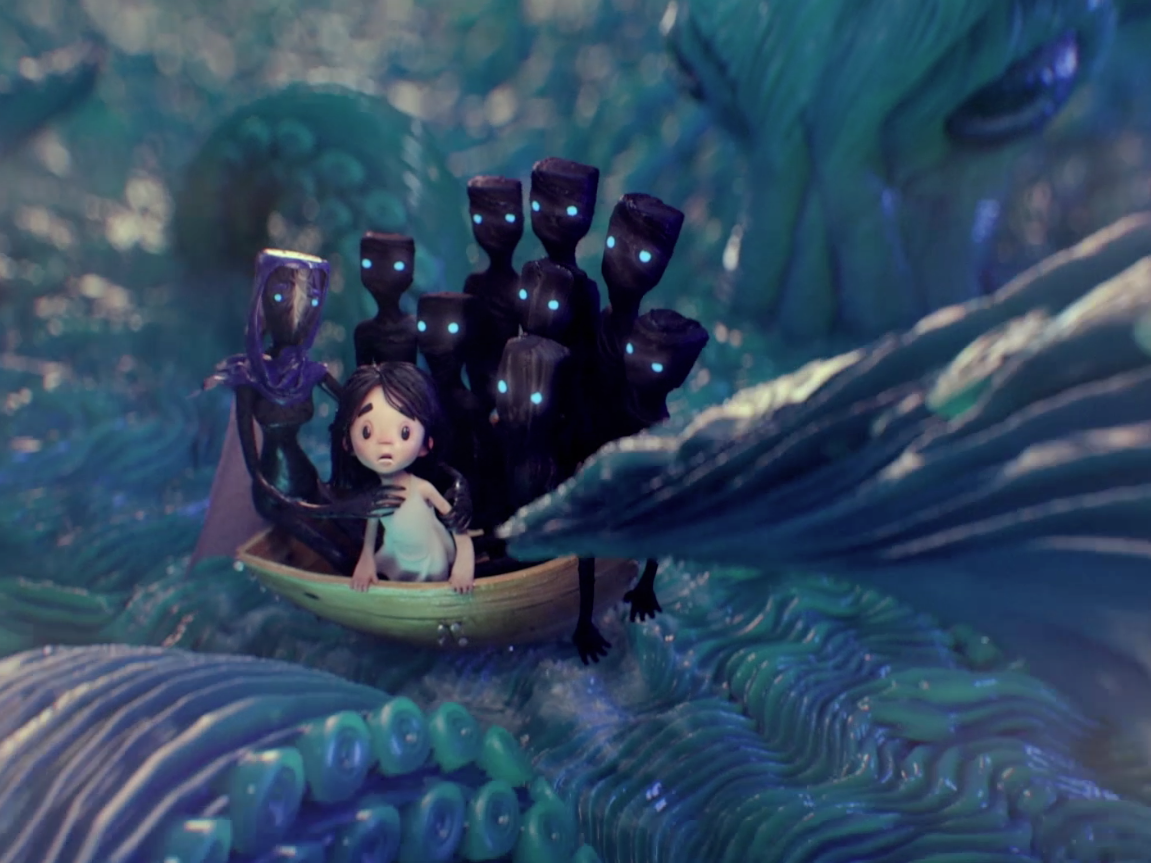 Open on the starry night sky. Pan down to reveal a boat floating in the middle of the ocean. Malak, her mother, and a group of strangers are packed on the boat.

Unfairy Tales: Malak and the Boat

Unfairy Tales: The story of Ivine and Pillow

It's no secret that the much of the world is not welcoming Syrian refugees with open arms. Can animated videos change hearts and minds?

That's the goal at UNICEF, which last month released three videos, each about two minutes long, that tell what it's like for a child to flee Syria.

The videos are dark and disturbing. They're called "Unfairy Tales," and for good reason, because there aren't any truly happy endings. Even UNICEF acknowledges this, adding a tagline to each video: "Some stories were never meant for children."

The question is, are these videos an effective way to reach children (and parents)?

The videos are based on the experiences of real-life Syrian refugees. In a nutshell, here's what you'll see:

In "Malak and the Boat," waves flood a boat carrying a 7-year-old, sweeping away her mother and the other adults. One wave turns into a monstrous serpent.

In "Ivine and Pillow," Ivine, 14, and her mother flee Syria amid bombs bursting on their brightly colored village.

In "Mustafa takes a Walk," 13-year-old Mustafa brings his toys with him as he flees his country, because he doubts he will ever make friends again. He is alone on his trek. As he keeps walking, the toys seem to grow heavier and Mustafa leaves them behind.

Each video ends with actual footage of the child whose story inspired the animation. "Who would I make friends with; there is no one?" asks the real Mustafa.

The videos are part of a larger UNICEF project called #Act of Humanity, which asks people around the world to take a range of actions: give money to groups that help refugees, talk about the issue with friends or on social media, volunteer to help local groups working with refugees.

The videos have been posted on YouTube (where they've already had a million-plus views) and are also intended for use in schools. They were conceived and produced by a Los Angeles advertising agency, 180la. Because the content is intense, we asked if the videos had been reviewed by a child development specialist. The answer was no. So we turned to two child psychiatrists to get their perspectives.

"If the goal is to see this through a frightened child's eyes, perhaps this is somewhat effective," says Dr. Paula Rauch, director of the Marjorie E. Korff PACT Program (Parenting at a Challenging Time) at the Massachusetts General Hospital in Boston. But she believes the videos need to be used with caution and context. "I appreciate UNICEF offering a Web-based resource to begin the conversation and hope that it will be an impetus for educators and parents to collaborate on these conversations, not something children or teens view alone." She says that "even an adult viewer would need more narrative" to put the visuals in context.

Rauch also recommends that if schools plan to show the videos, the teachers put parents in the loop "so they are not surprised by their child or teen's questions." She adds that if there are immigrant or refugee children in the classroom, they should be involved in a discussion with adults at school about the videos before they're shown.

Dr. Susan Villani, a child psychiatrist in Baltimore who has written extensively on the impact of media on children, had mixed feelings about the videos. She points out that in two of the three videos the children seemed completely on their own when in fact most kids leaving Syria are not totally alone. So the videos are scarier than the reality. UNICEF says that the three children whose stories inspired the videos did in fact leave Syria with family members.

A question about these videos is whether the purpose is to scare children or inform them, says Villani — a relevant concern when using a cartoon format that might draw interest from kids younger than the target audience.

But Villani praises the decision to use words rather than images for some concepts. The teenager Ivine, for example, says the streets she walked through "were covered with blood" but the animation does not show blood running through the village.

And Villani sees great value in the decision to end each video with the actual child speaking: "That's likely to be more impactful for middle-school children than showing a cartoon, since it shows a child close to their age they can relate to."

Both psychiatrists think schools should consider using real footage shot by UNICEF as a companion to the animated tales. Those videos include the real Malak on a swing in Greece, 7-year old Nawwar from Syria, who has made a friend in his new home in Germany, and refugees being welcomed in Greece after arriving in a small boat.

We'd like to hear from our readers: What's your reaction to the videos? Let us know in the comments below.