Accessibility links
Two Psychiatrists Share Advice About How To Talk To Someone Who Seems At Risk For Suicide : Goats and Soda Are there specific things you should say — or not say — to a family member or friend who seems to be potentially suicidal? 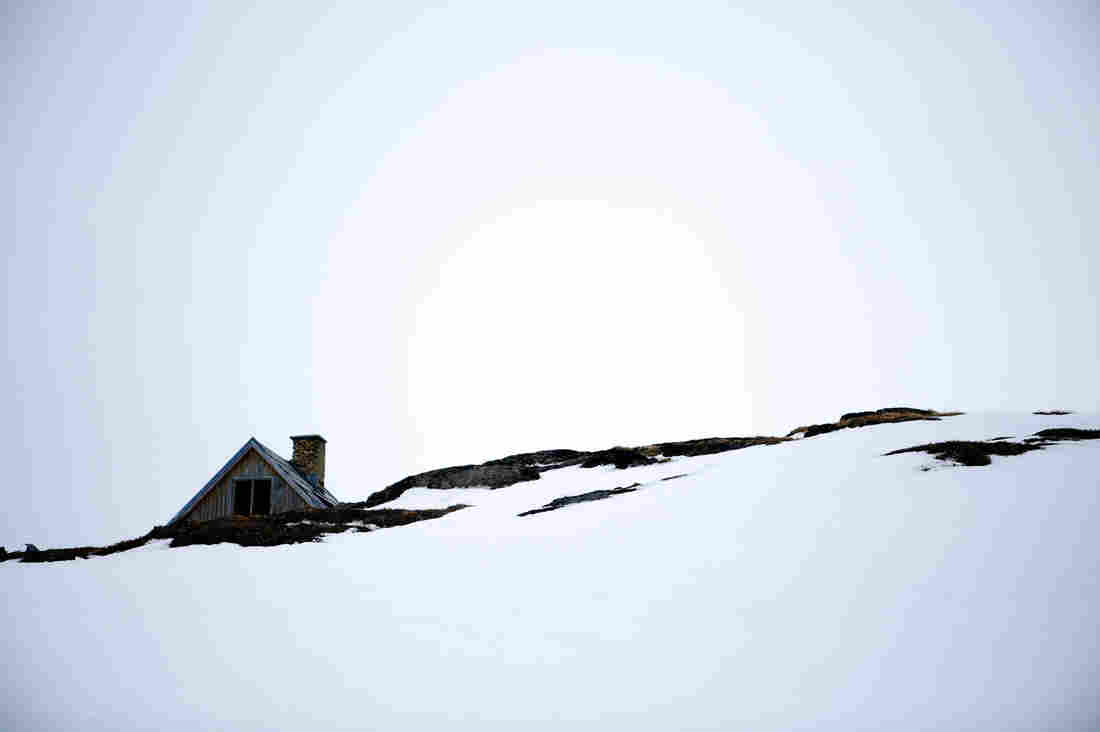 An abandoned house appears over a snow-covered hill in the old town of Kangeq, Greenland. John W. Poole/NPR hide caption 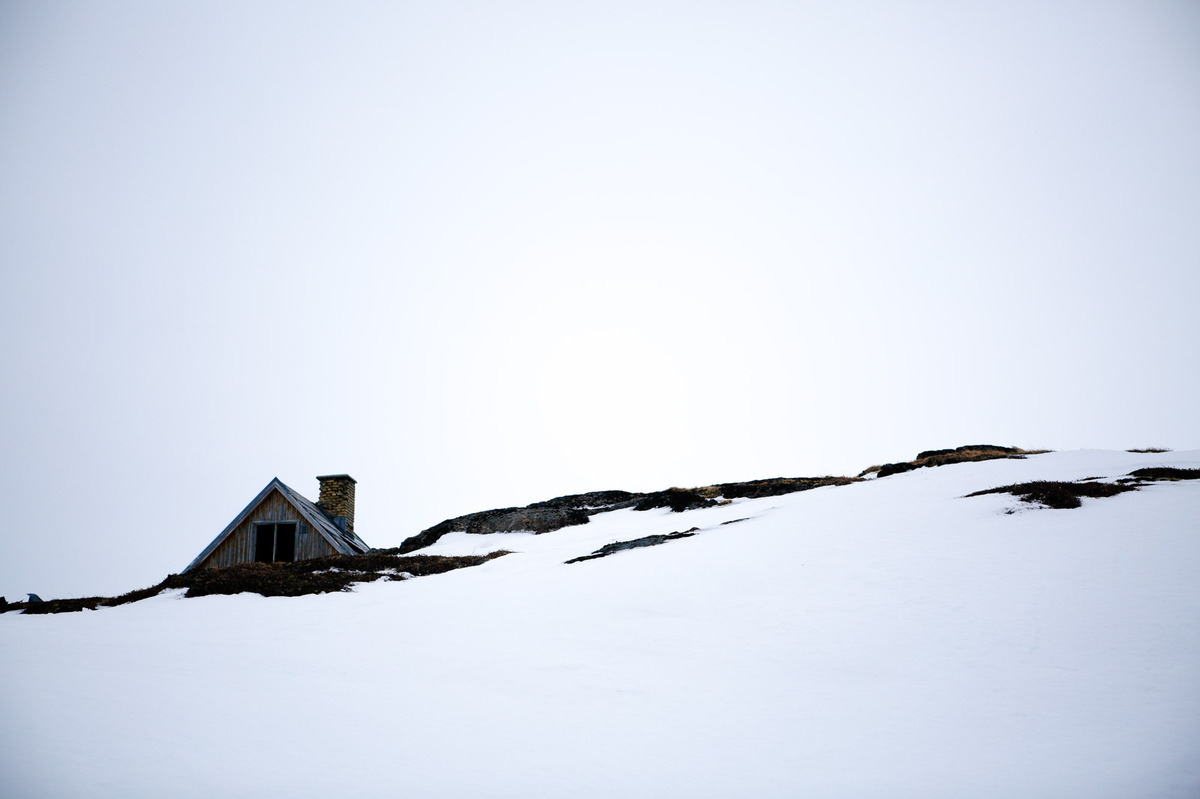 An abandoned house appears over a snow-covered hill in the old town of Kangeq, Greenland.

How do you help someone who is at risk of suicide?

That's a question that haunts the people of Greenland, the country with the highest known rate of suicide in the world and the subject of a special NPR report this week. The rate is about 80 per 100,000, and the group at highest risk is young Inuit men.

But it's a question that anyone, anywhere, might ask. Every year, about 1 million people kill themselves worldwide; preventing suicides is an issue every culture deals with.

MORE ON GREENLAND: This story is part of our special report on Greenland, whose suicide rate is among the highest in the world.

A new report from the Centers for Disease Control and Prevention shows that suicide has been steadily increasing in the U.S. since 1999. Although men tend to kill themselves at higher rates than women, the biggest rate increase during that time has been among girls 10-14 years old, and the second biggest increase has been among women 45-64 years old.

But for every person who dies by suicide, there are many, many more who struggle with suicidal thoughts. "Lots of people think about it," says Dr. Jill Harkavy-Friedman of the American Foundation for Suicide Prevention. "Suicide attempts are less frequent. Fortunately, dying by suicide is even less frequent."

NPR talked with Harkavy-Friedman and Dr. Jitender Sareen of the University of Manitoba, both psychiatrists, about what is known about youth suicide and best practices for preventing suicide. Harkavy-Friedman studies teen suicide prevention, and Sareen studies suicide trends among Native people in the Arctic. The interviews have been edited for length and clarity.

In Greenland the highest rate of suicide is among young people between ages 15 and 25. How does that compare with the U.S. and worldwide? 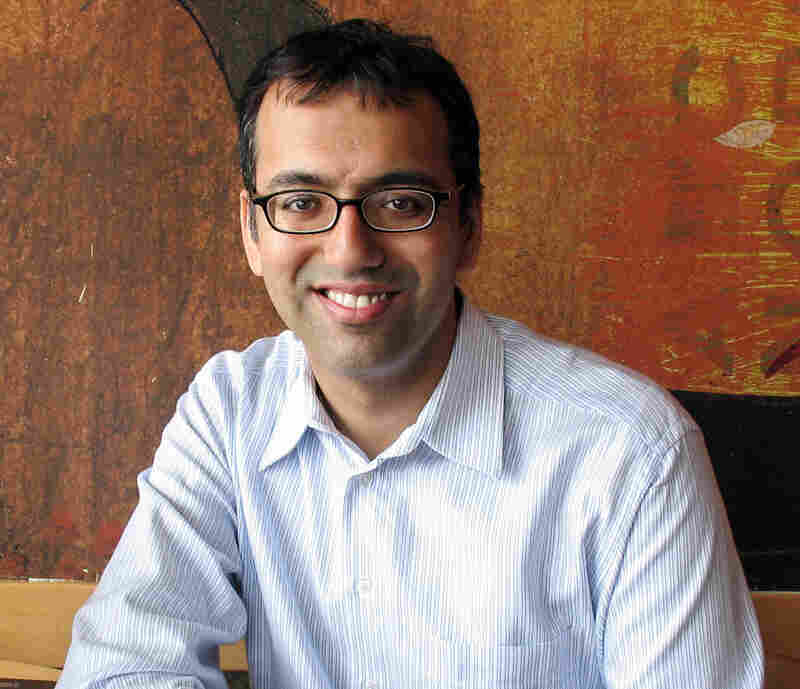 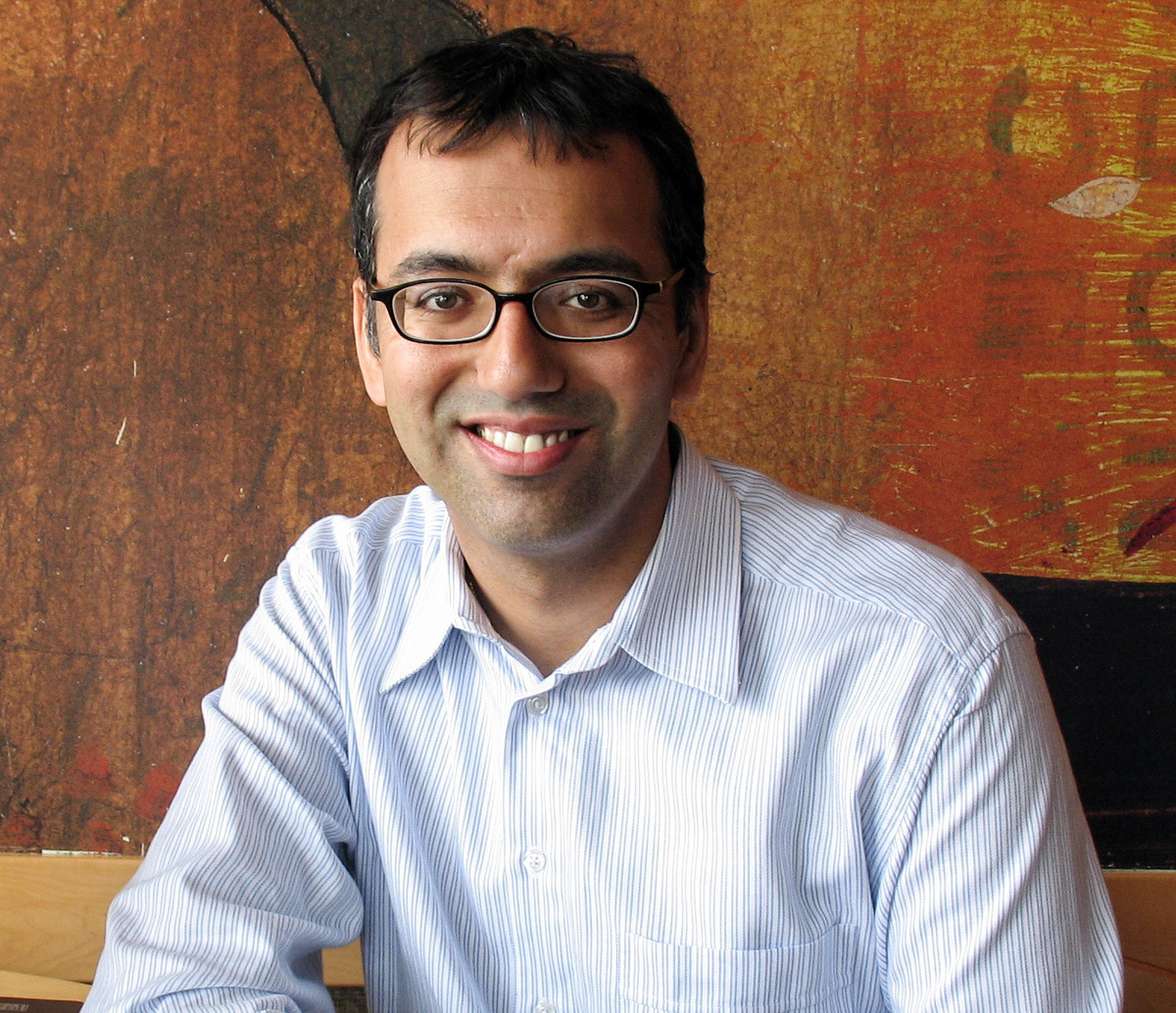 Dr. Jitender Sareen: In native communities here in Canada and in the U.S., unfortunately young people have a much higher risk of suicide — often five or six times as high as the general population. Men commit suicide more often than women — that's true almost everywhere. [Although it's unclear why this is, it may be related to access to weapons or greater impulsiveness.] We've also seen instances where multiple young people enter suicide pacts, and there can be a contagion effect especially among youth. The underlying issues that lead to those crises are related to lack of basic things like clean water, housing and jobs. A lot of young people are impoverished and do not see any path to a good future.

Dr. Jill Harkavy-Friedman: It's also important for people to understand that suicide is not native to any culture. It's what happens to people when they're in situations of increased stress. So the high rate of suicide in Greenland, for example, doesn't say anything inherent about the culture. Actually, in the United States and most places, the highest-risk group for suicide are middle-aged [people] and the elderly. Fortunately, teen suicide rates in the U.S. are significantly lower, though teen suicide is still of concern.

Are there specific things a parent or friend should say — or not say — to a young person who they believe is potentially suicidal?

Harkavy-Friedman: If you're worried about somebody, ask. It's a little scary to ask, and you don't start off with, "Are you thinking about suicide?" You want to base your questions on what you've seen and what you notice. Like, "You seem very down lately and you're not with your friends. Is something going on? Are you feeling OK?" or "You look kind of sad. Are you?"

Then the next step is to just listen to what they have to say and try to really hear them, and interact with them so they know you've heard and understood. These are not quick-fix problems, so even though as parents and friends we want to say, "Just snap out of it!" or "It's not that big a deal!" to that person at that time, it is a big deal.

Sareen: In Native communities, one thing we've found is that messages that are based in culture are often more effective, but culturally sensitive communication is complicated. You can't assume that everyone in Native or First Nations has the same Native culture. For example, some Native people may feel cut off from their traditional culture and religion, while others are practicing Christians, and you need to remember that when you talk to them about their problems. This is one challenge for researchers and doctors who want to help in Native communities. Before you can help, you have to build a trusting relationship and understand the place, which can take years.

What if the person you're worried about doesn't want to talk?

Harkavy-Friedman: It's not uncommon, particularly with teens, that they don't want to talk. Or, they don't want to talk to you. If you're the parent, for instance. The key is that there may be somebody they can talk to, and it's not a time to stand on ceremony and say, "You must talk to me because I'm your parent." Find somebody they do feel comfortable talking to, and try to help them engage with that person.

Is it ever dangerous to ask someone about suicidal thoughts?

Harkavy-Friedman: Talking about suicide with someone will not make them suicidal. In fact it will make people feel better more typically, because they're holding [painful feelings] inside, and when you ask them, that's an opportunity to address it and problem-solve and feel better. So you're not going to make someone suicidal if you say, "Are you feeling like you want to kill yourself?" Talking to someone really helps; we have data to show that.

Is there such a thing as talking too much about suicide? 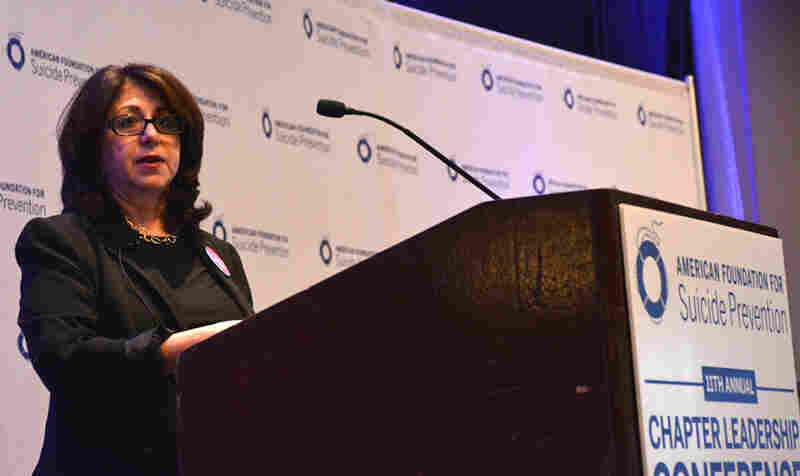 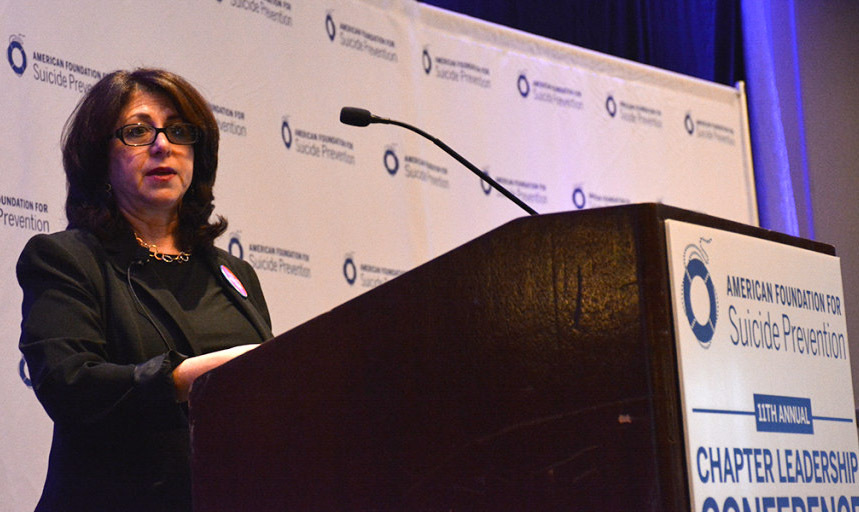 Sareen: I would say there is a balance when you're talking to teenagers, especially in very small towns. What we're facing, often, in the small communities is there's almost too much talk about suicide. When a suicide happens, in a larger community you might not hear about it, but in very small communities youth are kind of exposed to suicide and there's a lot of talking about it. It may inadvertently positively reinforce suicidal behavior. An overresponse of the media and overresponse of the community can actually lead to a clustering effect. That's one of the challenging parts of making suicide more publicly discussed ... that youth might see it as a way to escape their difficulties.

Right, so in very small communities, talking about suicide a lot can make it feel like it's happening a lot, which could inadvertently make suicide seem like a way to deal with personal problems.

What do we know about the causes and risk factors for suicide clusters and how to prevent them?

Harkavy-Friedman: Well, first a suicide cluster is generally defined as three or more suicides in close proximity in terms of time. Geography is less of an issue these days with social media and the Internet. We don't fully understand what makes clusters occur. They're more common among teenagers but they can happen among adults as well. The important thing to remember is if someone is not already at risk, they're not suddenly going to become suicidal. The people that we worry about are the people that are already struggling, so when there is a teen suicide, for instance, teachers and guidance counselors and parents should take note of kids who are already vulnerable. Check in with them regularly, because those feelings [of emotional struggle] often last, and it takes time to recover.

The Greenlandic Ministry of Health says its main problem when it comes to preventing suicide is that they do not have enough resources — counselors, therapists, psychiatrists, and the money to move them into a town after a suicide and maintain a presence for weeks or months. What is an ideal community response after a suicide, and how resource-intensive is it?

Sareen: I think many people would say that before you look at mental health, you have to look at basic human needs first: the joblessness, the lack of meaningful activities. I think some of the remote communities really struggle with that. But in remote parts of the U.S., on American Indian reservations and elsewhere, there is a focus on trying to get telemedicine — connecting people who do not have access to mental health care to professionals via phone or video. One of the things we've learned is some of the small communities struggle with lack of good boundaries and everyone kind of knowing everyone's business. So in some ways it can be better for people to go out and get care outside the community.

Harkavy-Friedman: You definitely need more resources after a suicide. You do need multiple guidance counselors, multiple grief counselors. For example, when there's a suicide in a school, you'll have a room with counselors available to the kids, a counselor available to the parents and a counselor available to the faculty, so that's already three counselors I've just mentioned. You also check in with kids you've got some worry about to begin with, so that takes teacher time, guidance counselor time and counselor time. The American Foundation for Suicide Prevention has a whole plan online for schools that are dealing with a suicide. If you're managing on a thin budget, it's going to be hard to provide a safe and healing community when there's a suicide loss.

Do you have questions about this topic or our special report, "The Arctic Suicides: It's Not The Dark That Kills You?" We'd like to hear from you and provide answers in a follow-up story. Tell us in the comments or send an email to nprcrowdsource@npr.org with "Arctic suicides" in the subject line.