Accessibility links
A Criminal Ring In China Allegedly Sold Improperly Stored Vaccines And Parents Are Angry : Goats and Soda Some parents fear the vaccines put their children at risk. And now there's a scandal to boot: A nationwide criminal ring allegedly resold millions of vaccines that hadn't been properly stored. 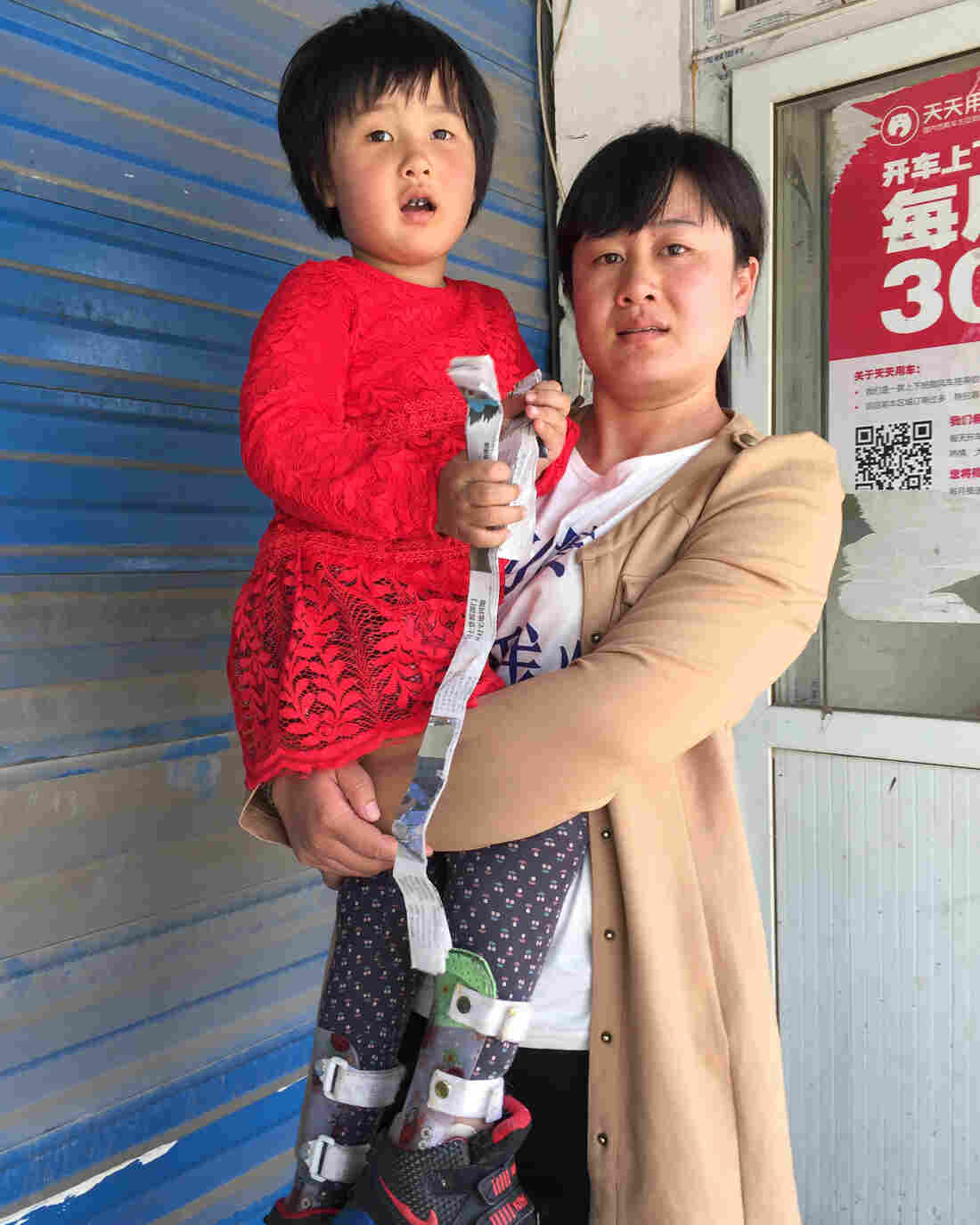 Dong Xiaoxin carries her daughter Yin Jiayue as she protests outside government health authority offices in Beijing. The child was stricken by polio even though her parents say she received a government-administered polio vaccine. Anthony Kuhn/NPR hide caption 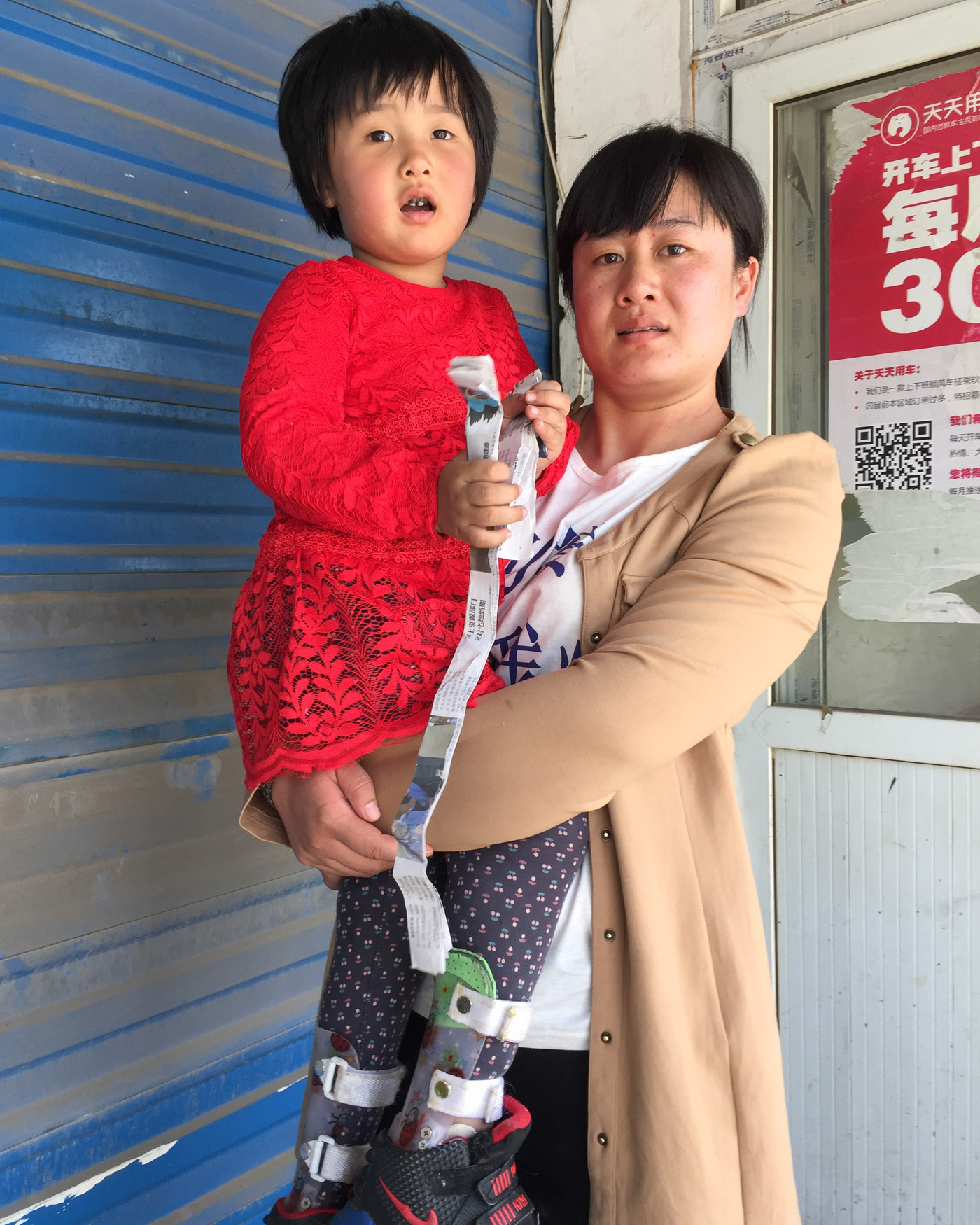 Dong Xiaoxin carries her daughter Yin Jiayue as she protests outside government health authority offices in Beijing. The child was stricken by polio even though her parents say she received a government-administered polio vaccine.

For more than a generation, health experts have hailed China's vaccination program as a success in eliminating preventable diseases like polio and tetanus. Advances in the country's public health have benefited from — and enabled — rapid economic growth.

But since last month, a nationwide scandal involving the illegal resale of vaccines has dented public confidence in the program, ignited public anger at the government and added fuel to ongoing small-scale street protests by parents who believed vaccines have injured or sickened their children.

"The government must properly handle this issue and take responsibility to the end," chanted one group of protesters outside the offices of China's Health and Family Planning Commission on a recent afternoon.

"We support the communist party's leadership," was written on a banner carried by several protesters, trying to assure authorities of the parents' good intentions. Police were apparently unmoved and detained some of the protesters.

"The government offices are tightly guarded, but as parents of these victimized, we aren't afraid," says Dong Xiaoxin, who has her 4-year-old daughter in her arms. She came to the protests from their home in north China's Hebei province.

"Our daughter has made a great sacrifice for the nation's inoculation program, and we're not afraid to fight for the legal rights she deserves," Dong adds.

Dong's daughter smiles at me. She's wearing a red dress, sneakers with Nike logos and plastic braces on her legs. Dong says that not long after her daughter was given a vaccine to prevent polio, she contracted the virus.

Dong doesn't know if the vaccine caused the disease or just failed to prevent it. But she blames the medicine for her daughter's condition.

"We had no idea that vaccines could produce this kind of result," Dong says. "We felt that any vaccination given by the state had to be a good thing. We were completely unprepared."

Dong says her family has received some financial assistance from the government, but the money defrays little of her daughter's long-term health care costs.

"The state needs to provide us parents with some sort of safeguard," she concludes. "Only then can parents feel assured and fully trust the government."

But the protesting parents in fact are doubtful about the government program. Their concerns — valid or not — were that kids were being injured by vaccinations, that the diagnoses of what made the kids ill weren't always fair and that compensation was inadequate. The parents' concerns have grown since March, when police uncovered a nationwide racket based in eastern Shandong province.

It allegedly resold millions of vaccines without proper licensing or refrigeration to clinics in most of China's 33 provinces. Authorities have detained hundreds of suspects and sacked or demoted hundreds of officials. A government investigation into the case is still underway. 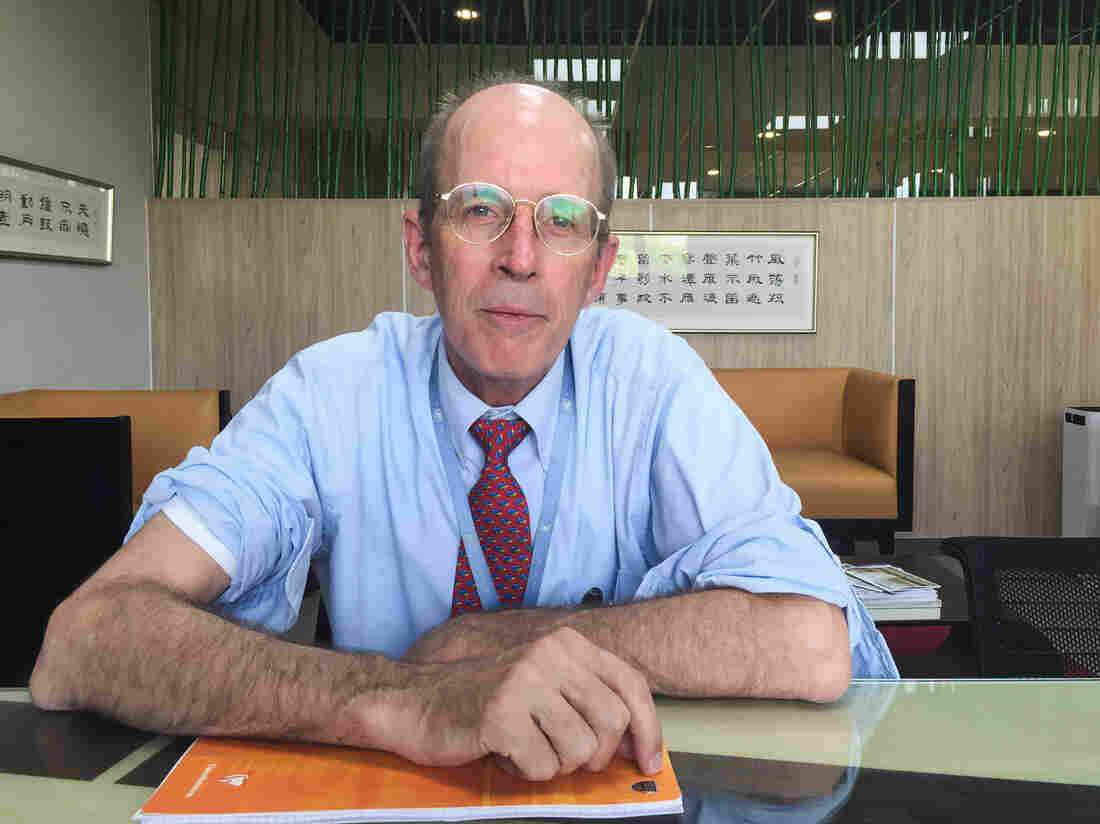 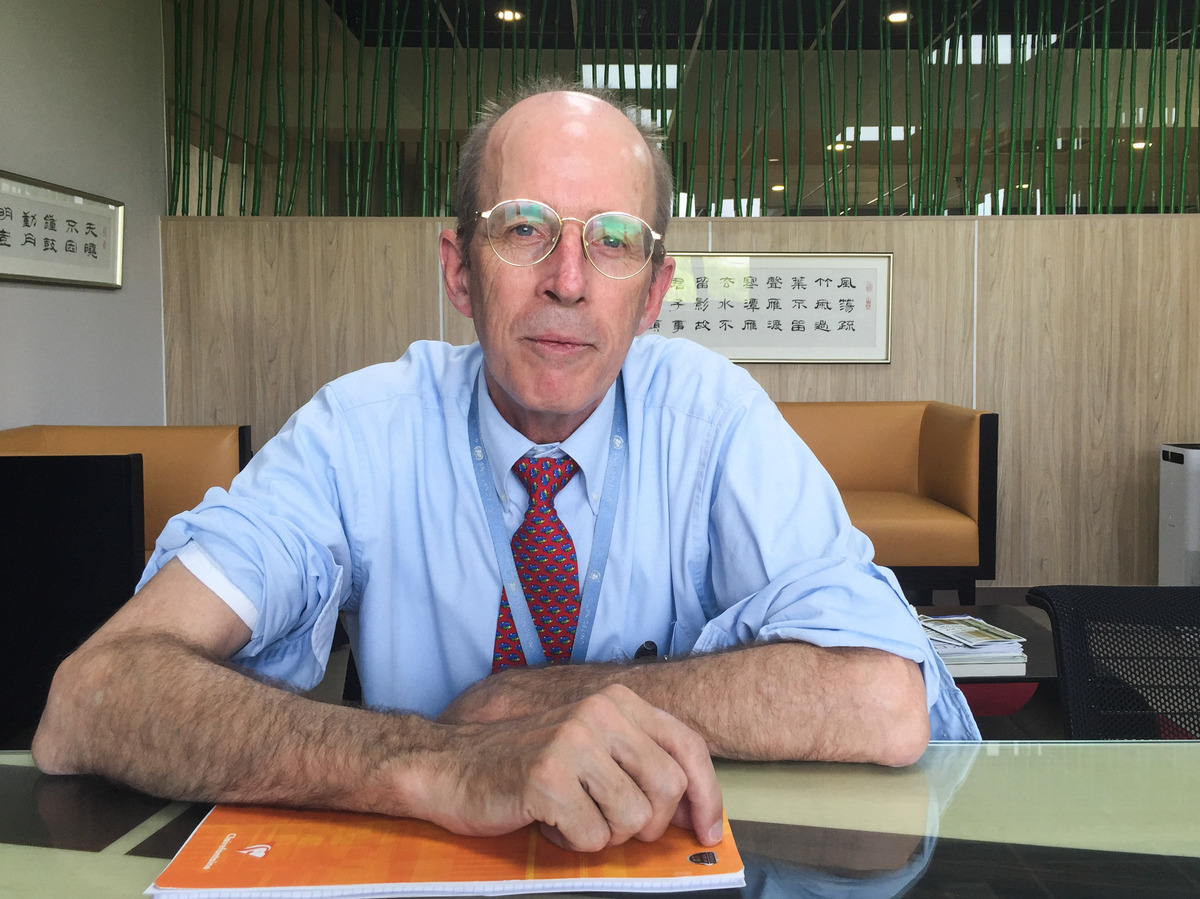 Dr. Lance Rodewald of the World Health Organization worries that the vaccine scandal could shake public confidence and cause vaccine coverage to decline.

In China, the government gives polio, hepatitis B and tetanus vaccines to kids for free. Parents have to pay for other shots, such as for Rotavirus, hepatitis A and rabies. The vaccines involved in the scandal were of the latter sort.

Dr. Lance Rodewald, who heads the World Health Organization's immunization team in China, says China has become a major player in the global production of vaccines, and that WHO's monitoring shows that the quality meets international standards.

"But what the scandal has shown," Rodewald says, "is a problem in the distribution and the management of these private sector vaccines."

Rodewald points out that even vaccines that are not properly stored or handled seldom cause children to get sick, and no illnesses have been definitively linked to the scandal. Rodewald says, "One in every 3 million doses of oral polio vaccine can revert to a form that will paralyze the child." The problem, he says, is if parents lose confidence in the program, they may not let their children get vaccinated.

"And if enough parents withhold vaccines from their children," he warns, "that's a set-up for having outbreaks of vaccine-preventable diseases."

Rodewald points out that China's vaccination system is similar to the U.S. system, in that it has mechanisms for families to report instances in which they believe their children have been injured or made ill by vaccines. Experts evaluate the cases and refer them to a compensation program.

Chinese state media have reported that in the wake of the scandal, the government will launch several significant reforms. One is that private-sector vaccines will be distributed through government channels, for which oversight is stricter.

More vaccinations will be administered for free by the government. Rodewald says this is important, because the percentage of the population that purchases private-sector vaccines is lower in poor areas where fewer people can afford them.

And the government will set up an insurance program for children adversely affected by vaccinations, which will make payouts to help families cover their children's medical costs over the long term.

"If there's a silver lining, it comes at a very high price," Rodewald comments on the reforms. "But sometimes it takes a crisis for changes to happen."