Accessibility links
A Group That Uses The Avon Lady Model To Get Health Care To The Poor Just Won a $1.25 Million Prize : Goats and Soda She's a Living Goods agent. The company styles its door-to-door health care deliveries after American businesses like Avon, Amway and Tupperware.

If You Think She Looks Like An Avon Lady, You're Half Right

If You Think She Looks Like An Avon Lady, You're Half Right 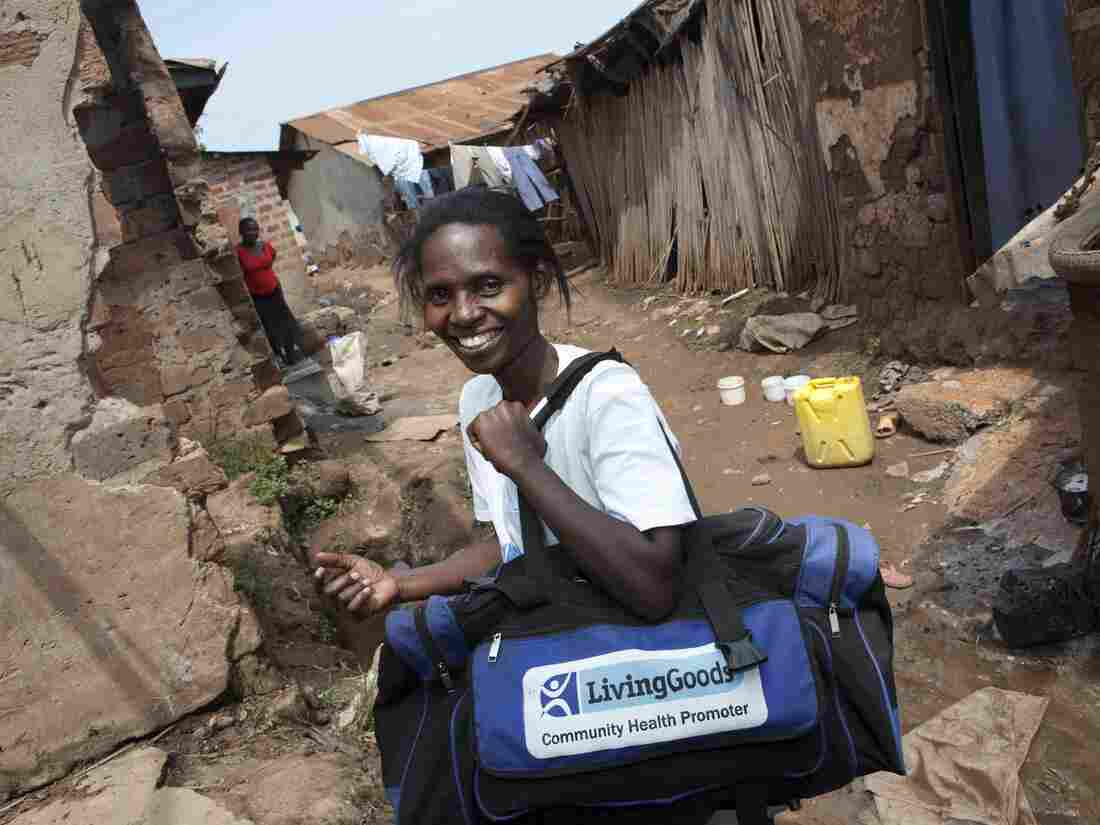 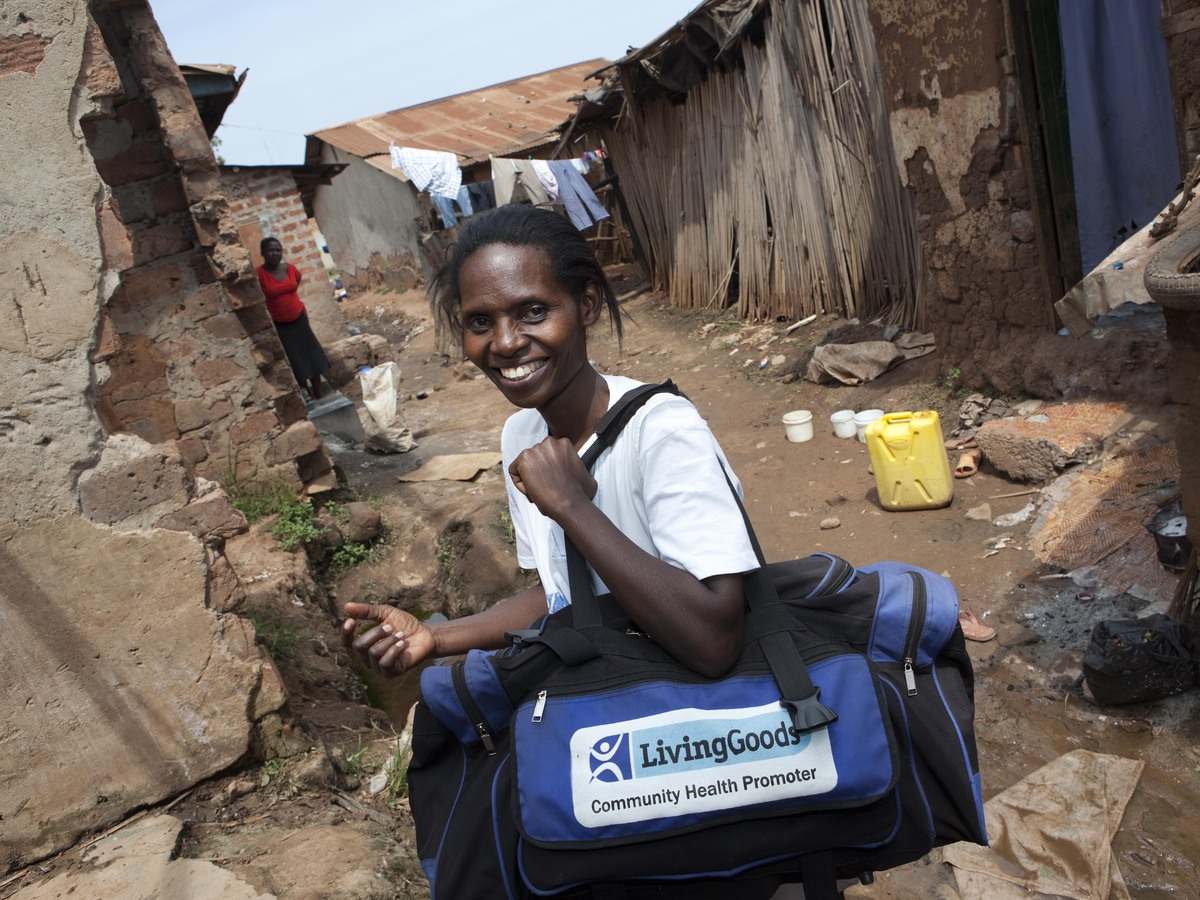 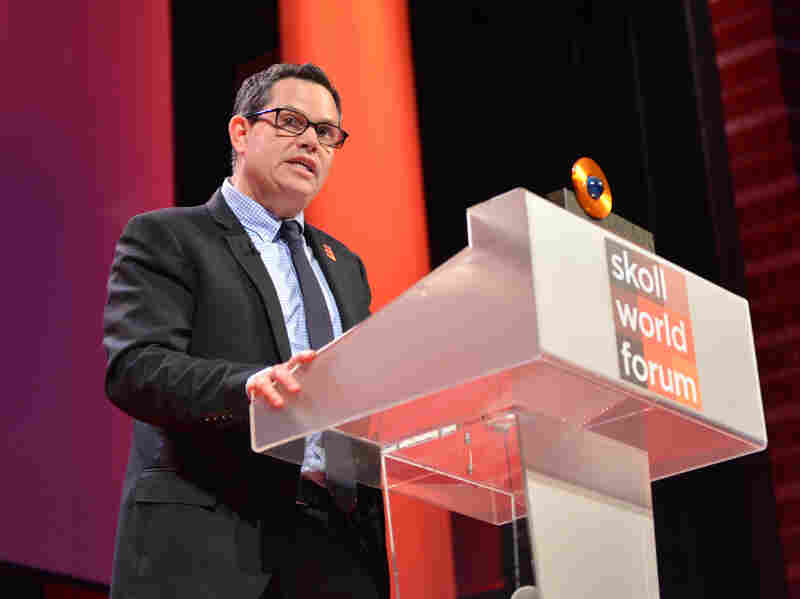 Chuck Slaughter sold his multimillion dollar clothing business to start the Avon-style health company Living Goods in East Africa. At the 2016 Skoll World Forum (above), he received a $1.25 million award for his project. Courtesy of Living Goods hide caption 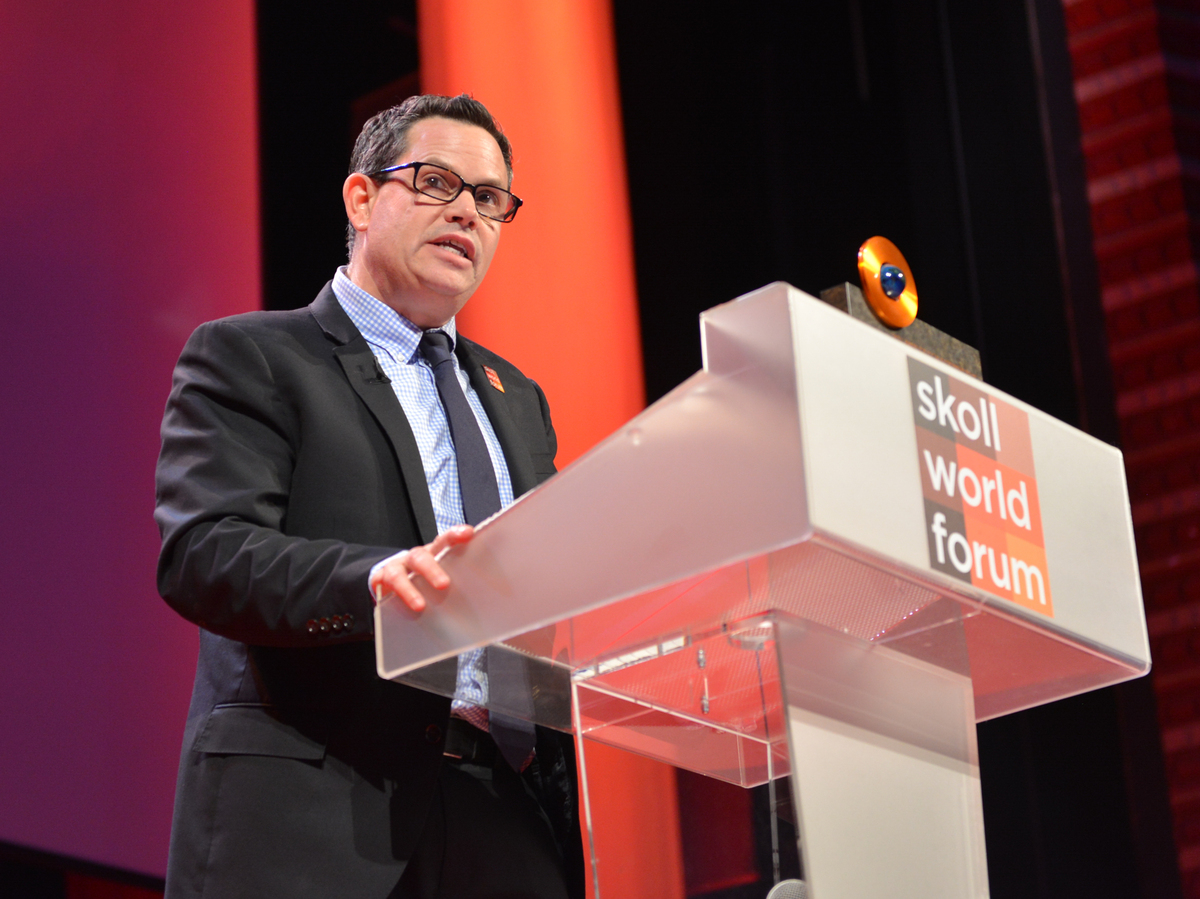 Chuck Slaughter sold his multimillion dollar clothing business to start the Avon-style health company Living Goods in East Africa. At the 2016 Skoll World Forum (above), he received a $1.25 million award for his project.

In the 1990s Chuck Slaughter built the online clothing retailer, TravelSmith, from a startup to a company with sales in excess of $100 million a year. Then he signed up to be an Avon lady.

"[Avon] is the original social network business. In some ways it's better than Twitter and Facebook because Avon figured out how to monetize the social network," Slaughter says over coffee at a café in Oxford, England.

Slaughter became an Avon lady to do research for his current project, Living Goods. "We'll learn from anybody. I studied Avon from the inside."

And now he's taking that Avon/Amway/Tupperware business model and using it to deliver basic health care and a few commercial products to impoverished parts of Africa. And he seems to be on the right track. He was in Oxford to accept a $1.25 million prize as one of the winners of the 2016 Skoll Award for Social Entrepreneurship.

Like Avon, Living Goods recruits women. "We look for women who are uber-connected in their communities. That's the currency," he says — social connections.

But they're not selling makeup or storage containers. The company gives each woman a bag of goods, a smartphone and a bit of training before sending them out as "community health promoters." They fan out in their villages offering treatments for some of the most common health problems for kids in sub-Saharan Africa — malaria, pneumonia and diarrhea.

"If you live in a semi-rural or even urban area in Africa and your kid gets sick, you've got some bleak choices," Slaughter says. A mother can trek to a government health clinic that may or may not have the medicine or means to treat her kid. Or she can self-diagnose and try her luck with drugs from a local pharmacy. But now in places where Living Goods has set up shop, that mom can call the local Living Goods agent.

"She'll come to your home. She can diagnose your child with a living goods mobile app that we designed. It's automated to diagnosis those 3 diseases [malaria, pneumonia and diarrhea] that kill half the kids in the continent," Slaughter says. "And if your kid is positive for any of those diseases she has the medicine you need in her bag."

Slaughter founded Living Goods in 2006 and now has 4,000 agents in Uganda and Kenya.

The agents can perform blood tests for malaria on your stoop and sell you malaria treatment pills on the spot if you're positive. They also sell pregnancy tests, and some are trained to check vital signs like blood pressure. Customers pay for products like the tests but not for health advice.

And while the Living Goods agent is in your doorway, she might try to interest you in some fortified porridge or condoms or a solar lantern.

"These women have a whole range of products to sell. There's reusable feminine pads, soap, diapers," says Slaughter, listing some of the things the women might be lugging in their Living Goods bag. "We'll sell anything ... that offers a decent profit margin." A high-efficiency cookstove is a top seller. Living Goods has several models that burn either wood or charcoal. Each is big enough for a single pot; the price ranges from $7 to $15.

"We don't view this first and foremost as a business," Slaughter says. He views Living Goods as a way to deliver basic health care to people who currently lack access.

Why not just invest in village public sector community health workers as the government has done in Ethiopia?

"Ethiopia is great," Slaughter says. But he quickly adds, "It's an exception. There are two countries in sub-Saharan Africa that have leadership in public health — Ethiopia and Rwanda. The others all have community health systems that are broken."

He sees door-to-door capitalism as a way to fix them.

"Governments don't tend to be set up for high performance," he says. "The rate of absenteeism in these countries in health facilities can be 30-50 percent. No one's accountable. There's no penalty for not doing your job."

That's not the case with Living Goods. Each agent has a smart phone, and every interaction with a client is logged along with the GPS location, time and date.

"Really the secret sauce is insisting on results," Slaughter says. An average agent for Living Goods in Kenya or Uganda, who are paid by commission only, earns between $10 and $20 a month. If an agent isn't making enough sales, he says, they aren't going to be able to make a living or an impact. And they'll be let go.

The Living Goods model has been generating buzz lately. In addition to the Skoll Award, it has been rated as a "standout organization" by GiveWell, the independent charity evaluator.

But Living Goods is still operating on a relatively small scale. It has about 4,000 agents knocking on doors in Uganda and Kenya. Ethiopia by comparison has 35,000 community health workers deployed across the country.

Slaughter is seeking millions of dollars in additional funding from private investors, aid groups and even governments to scale up operations in East Africa. Whether its agents can become as much of a fixture in developing countries as Avon ladies once were in the American suburbs remains to be seen.

But Slaughter is optimistic. For him Living Goods is about setting up a sustainable way of delivering vital health care products to places where they're often hard to get. "Why shouldn't all children have access to the same care as mine?" he asks.