Accessibility links
The Airstrike On A Syrian Hospital Is Part Of A Disturbing Worldwide Trend : Goats and Soda The destruction of a hospital in Aleppo is part of a disturbing trend. And it's not just happening in Syria. 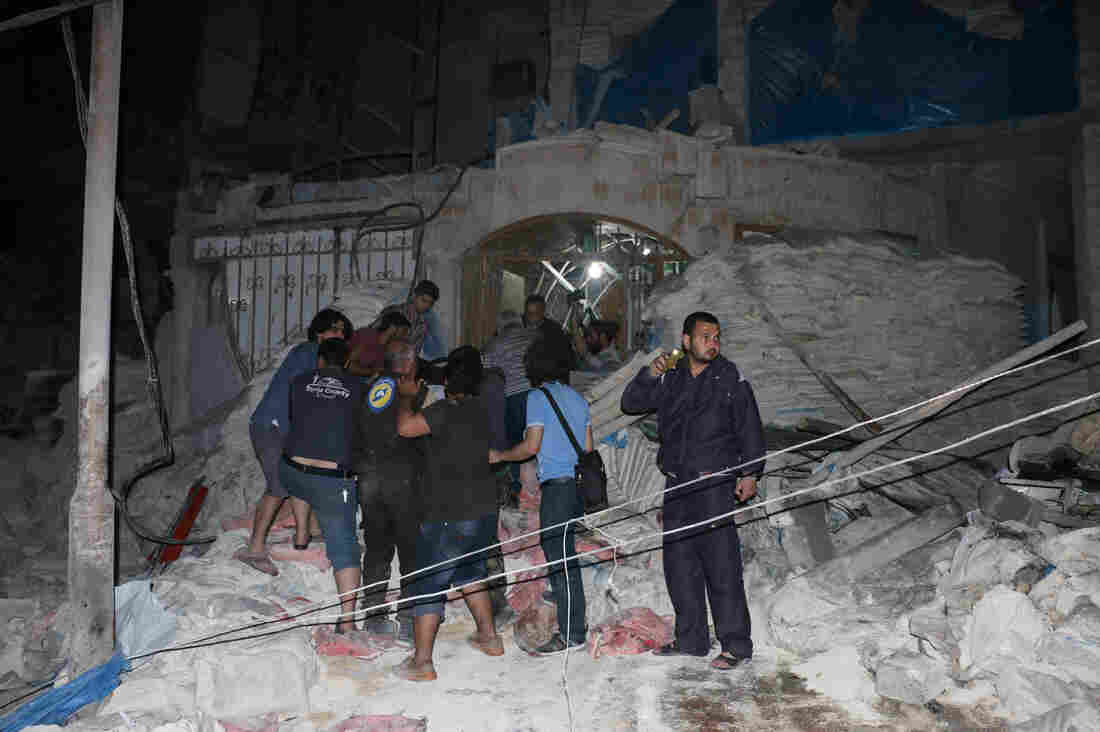 The al-Quds Hospital in Aleppo is one of seven health facilities that have been hit in Syria in 2016. Beha el Halebi/Anadolu Agency/Getty Images hide caption 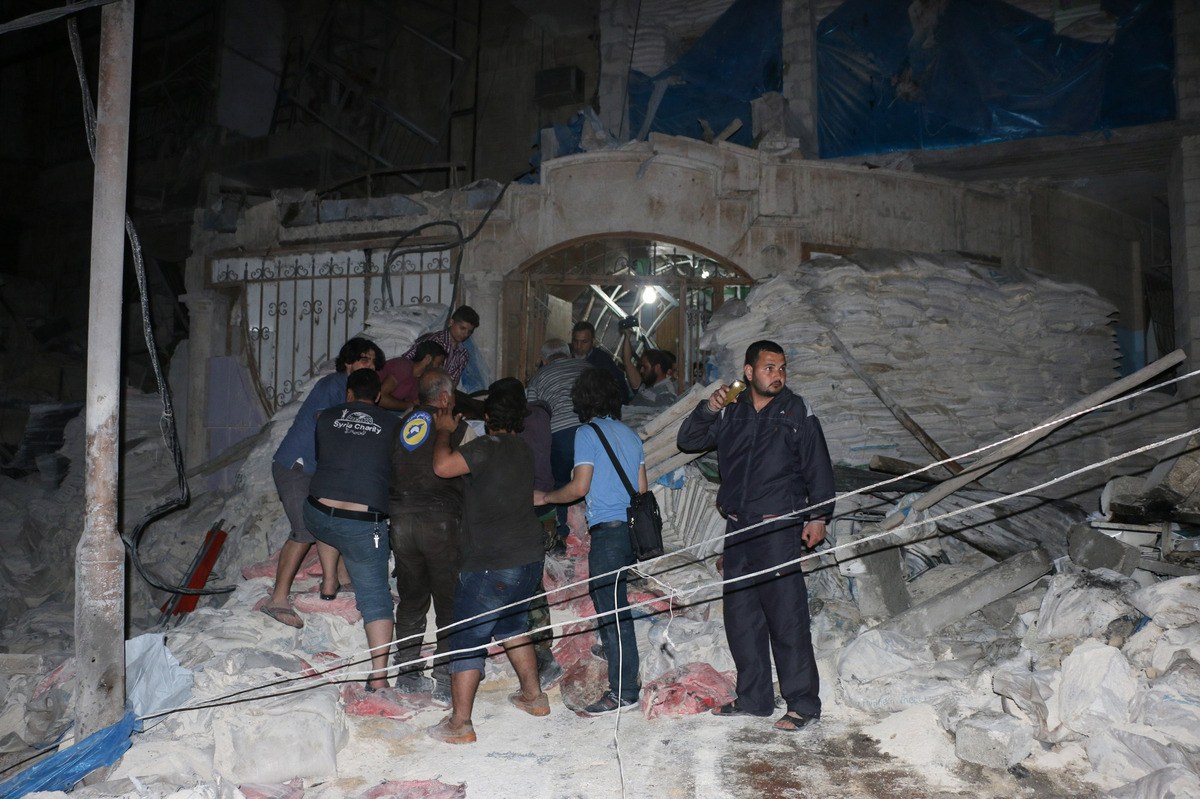 The al-Quds Hospital in Aleppo is one of seven health facilities that have been hit in Syria in 2016.

The al-Quds hospital in Aleppo, Syria, is the latest health care facility to get blown apart.

The 34-bed hospital was tucked into the lower floors of a five-story building in the Sukkari neighborhood of Aleppo. Sandbags blocked the windows and fortified the entrance. Concrete apartment buildings pressed on either side of it. Late Wednesday night, witnesses say, a low-flying fighter jet unleashed a missile that smashed directly into the hospital.

The airstrike killed at least 27 people, including Dr. Mohammed Wassim Moaz, a pediatrician who continued to work in Aleppo even as the Syrian civil war raged around him.

The hospital's location is well-known in Aleppo. And that's why some observers are charging that the attack is part of a recent and disturbing trend.

"Over the last several years direct, targeted attacks on health care institutions that are clearly civilian facilities have escalated greatly," says Dr. Michael Van Rooyen, an emergency physician and the director of Harvard Humanitarian Initiative, "and Syria's been the most notable and notorious example."

Van Rooyen has just come out with a book called The World's Emergency Room: The Growing Threat to Doctors, Nurses, and Humanitarian Workers.

He says it's a clear violation of the Geneva Conventions to launch airstrikes on medical facilities. These attacks have made providing medical care in conflict zones incredibly dangerous, especially in Syria, he adds.

"Increasingly [clinics] are forced literally underground," he says. "The only way these surgeons can work is in basements of hospitals, not normal facilities, bunkers practically, which is really restrictive and really difficult."

Sam Taylor, spokesman for Doctors Without Borders in Amman, Jordan, says al-Quds was a well-established hospital with an emergency room and an eight-bed pediatric ward.

"What this [attack] means in very practical terms is that one of the main facilities for women to give birth and children to receive treatment has now been destroyed," he says.

MSF, as the group is also known, runs six medical facilities inside the country and helps support 150 others with supplies and salaries for local staff. Al-Quds was one of them. Taylor says of the clinics and hospitals his charity is working with in Syria, seven have been hit since January. "This year alone in 2016," he stressed, "seven structures have been hit."

And it's not just in Syria that field hospitals and medical aid workers are being attacked.

Over the past six months, four MSF facilities in Yemen were hit by airstrikes.

In October of last year an American gunship mistook an MSF hospital in Kunduz, Afghanistan, for a Taliban compound and pounded it for nearly half an hour. The airstrike killed 42 people.

The year before, medical facilities were attacked in war zones around the world including in Ukraine, Colombia, South Sudan, the Central African Republic and Iraq, to name a few.

Van Rooyen says 20 years ago humanitarian groups were viewed as impartial and enjoyed a certain level of protection in most of the places they worked. He says that's no longer the case — a dangerous shift not only for health care workers but for the local community.

Conditions are so dangerous in some places that health care workers can't work at all. This, he says, can have even a greater impact than the loss of a single hospital.

While no one's taken responsibility for the airstrike, the only two groups with aircraft in the area are the Syrian regime and the Russians.