Accessibility links
Attacks In Aleppo This Week Have Stunned The Head Of The Syrian Civil Defense: It's 'Unbearable' : Goats and Soda Five years ago, Raed Al Saleh was a businessman. Now he heads the 3,000-strong Syrian Civil Defense, rescuing civilians from the rubble after airstrikes.

This Syrian Dad Has One Of The World's Most Dangerous Jobs

This Syrian Dad Has One Of The World's Most Dangerous Jobs 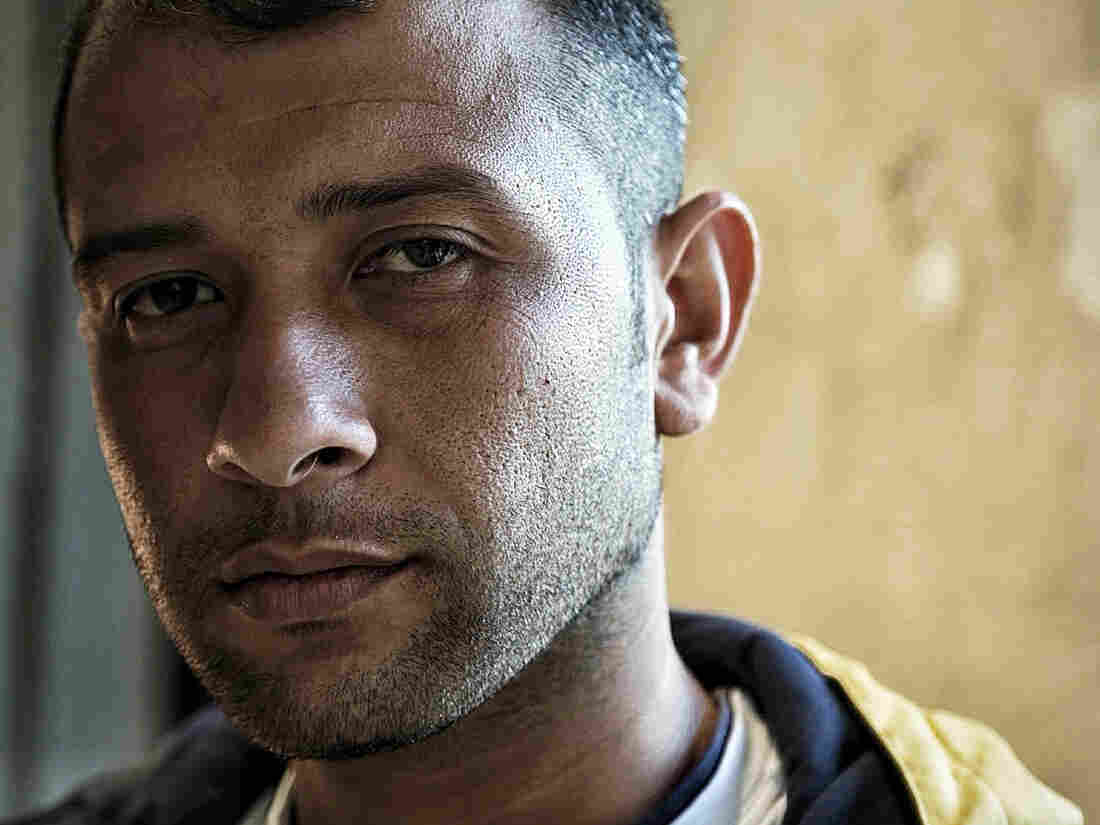 "I never imagined I would be in this position, doing this kind of work," says Raed Al Saleh, 33, of his job as the head of the Syrian Civil Defense. "But these are the circumstances." Courtesy of The Syria Campaign hide caption 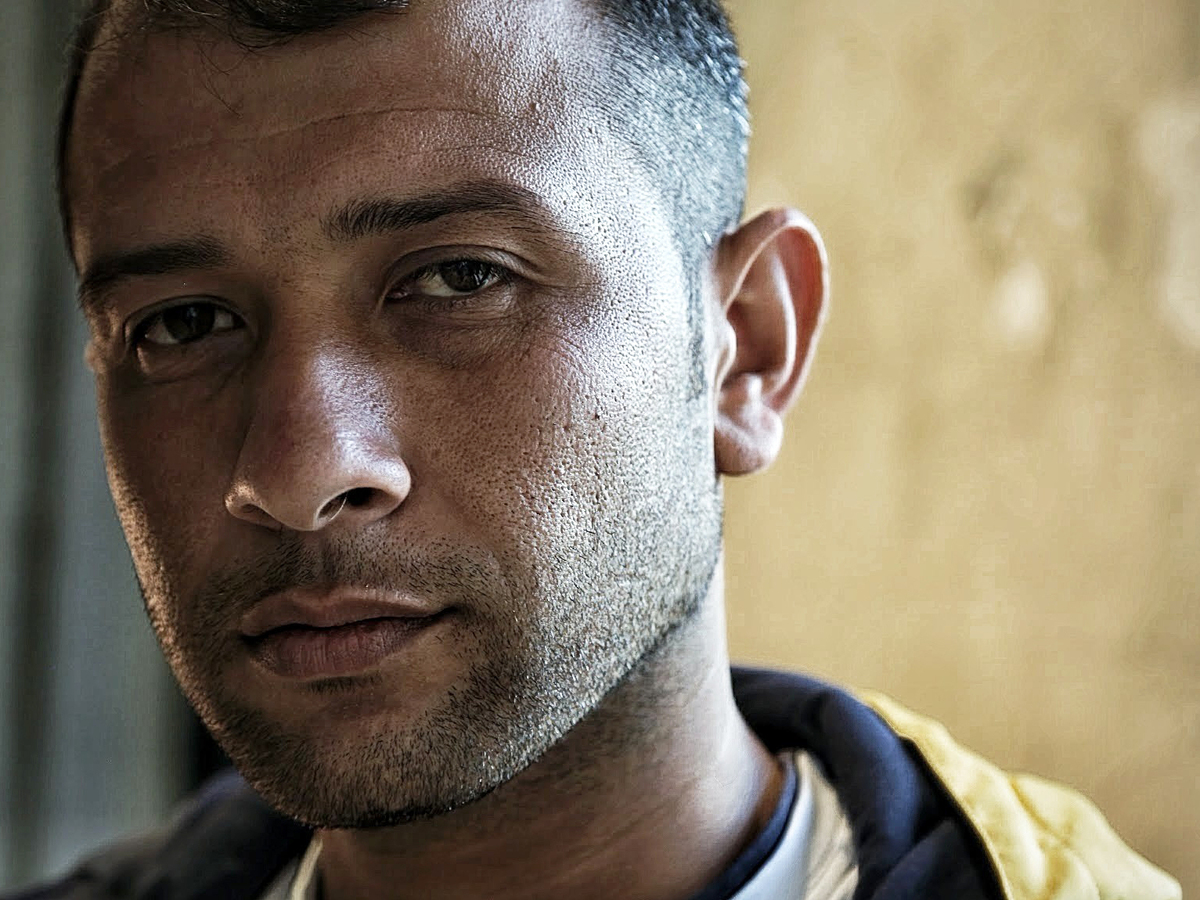 "I never imagined I would be in this position, doing this kind of work," says Raed Al Saleh, 33, of his job as the head of the Syrian Civil Defense. "But these are the circumstances."

Courtesy of The Syria Campaign

Raed Al Saleh has seen the city of Aleppo in dire straits before. As the head of the Syrian Civil Defense, he leads missions to find survivors after air raids and missile strikes.

But this week even he was shocked by the intensity of the attacks. The past few days in Aleppo are the worst the city has seen since the Syrian uprisings began five years ago, he says.

Saleh never imagined he'd be the head of a 3,000-volunteer force who've so far been responsible for saving more than 40,000 lives. Back then, he was just a businessman who sold electrical equipment. But since the war started in 2011, the 33-year-old father of two joined the Civil Defense — widely known as the White Helmets for the headgear they don when they deploy to areas hit by heavy bombardment — and eventually was elected to lead the group. The work is dangerous and immensely taxing, he says, but "there are no other options."

A Syrian Lands In The U.S. For An Award, Only To Be Turned Back

In an interview with Goats and Soda over WhatsApp and Skype, Saleh talks about the airstrikes in Aleppo, the bravery of his fellow White Helmet volunteers and how last week, he was turned back by security at Dulles Airport in Virginia en route to a banquet to receive the 2016 Humanitarian Award from InterAction, a coalition of global NGOs and nonprofits. He still doesn't know why.

What do the White Helmets do when disaster strikes?

When volunteers arrive at a site, they do whatever they can to get to people and transport them to hospitals while they're alive. They dig through rubble at a site that's just been hit by airstrikes or missiles to reach survivors as fast as possible. They treat survivors equally and do the most thorough job they can. We work to the best of our abilities together so that we can all succeed in saving as many lives as possible.

Anyone who is part of the Civil Defense has an extremely difficult job. Every day, to interact with death, to interact with blood, to interact with victims, it's very difficult. But we don't have many options. The only option we have is to help people because to us, every single person we are able to save from underneath the rubble gives us hope, gives us reason to continue our work.

What are you and your fellow volunteers seeing and hearing out of Aleppo?

Honestly, the situation in Aleppo has become unbearable. It's much worse than it's ever been. There were more than five very deadly raids in Aleppo. More than 25 people killed in [a field] hospital strike, and [Thursday], I can say there were more than 50 raids in Aleppo. Every side is participating and we don't know what's happening and how long this will continue. The situation is extremely bad.

What's the biggest threat to the White Helmets?

The biggest threat to us is the politics of the Syrian and Russian regimes and their airstrikes on civilian areas. After they hit once, and as we, first responders, arrive, they hit again. We lost more than 115 members of the Civil Defense, and the vast majority of these are a result of these airstrikes.

Last week, security turned you away at Dulles Airport on your way to an award ceremony in Washington, D.C., for your humanitarian work. You've been to the U.S. seven times, three times in the past year to speak at the U.N. and with USAID. What happened?

I didn't really expect to be turned away. It's not my first time in America. [It] made me feel hopeless in a way, because this is what Syrians are facing wherever they go. I still haven't been told why I was not allowed in.

Are you still going out in the rubble now that you're head of the Syrian Civil Defense?

To be honest, I spend a lot of my days going between provinces, helping deliver aid and whatever the people on the ground need to do their jobs. I also coordinate with aid groups in Turkey [where he lives in a refugee camp with his wife and two children.] Before I used to do more search-and-rescue operations inside Syria in the areas that I was familiar with on a daily basis.

After five years of war, what still gives you hope?

My dream, and I'm sure all Syrians have the same one dream, that the bloodshed and killing will stop in Syria. That there will be peace.

When you head out on a search-and-rescue mission, or even just enter Syria, what do you tell your wife and kids?

Uncertainty of life is something all Syrians have been living with for the past five years. It's so difficult to leave the house and have no idea if you'll be returning. Every time I leave home, it feels like a farewell. We say goodbye as if it's a farewell. I tell them to be careful, to take care of themselves and each other — that if something happens to me, or if I die, that they shouldn't be sad, because they know their father did what he could to help the people, and the people will do what they can to help them.