Accessibility links
Pregnant Women Are The 'Forgotten Victims' In War Zones : Goats and Soda Doctors and midwives may have fled. Getting to a clinic could be risky. Women have even been shot while giving birth.

Pregnant Women Are The 'Forgotten Victims' Of War

Pregnant Women Are The 'Forgotten Victims' Of War 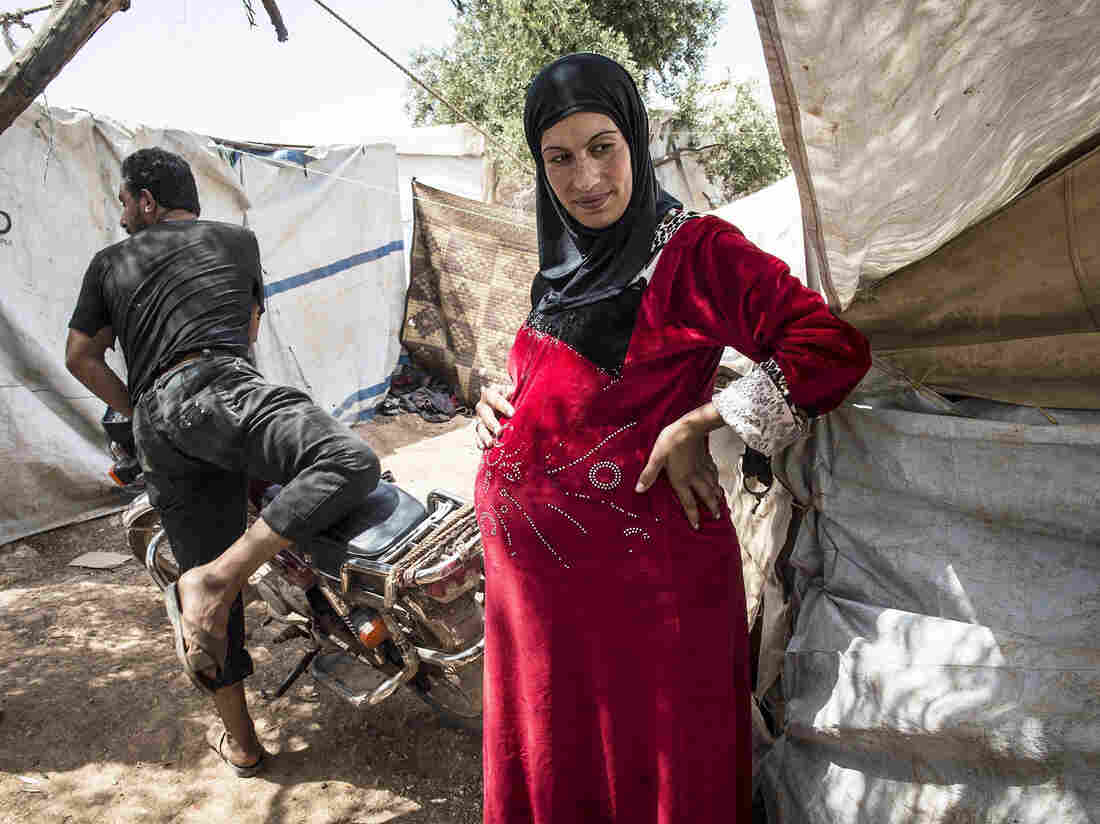 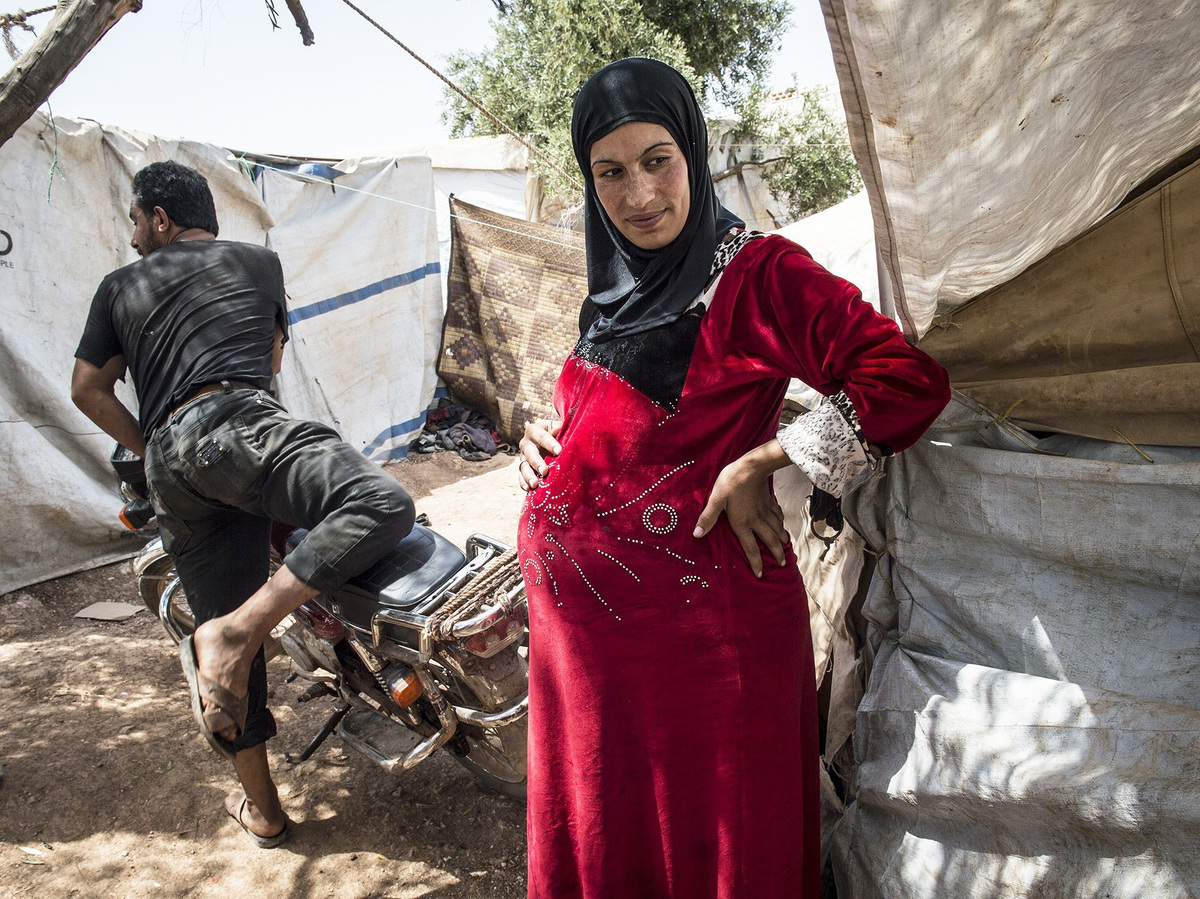 A pregnant woman at the Atmeh refugee camp in Idlib, Syria.

In ordinary circumstances, her medical team will monitor her condition. If there's a threat to the fetus, the doctor might want to bring on labor early. In the end, mother and baby are usually fine.

But what if she's living in a war zone?

First of all, she might not know she has the condition. Sometimes a pregnant woman with high blood pressure shows no symptoms. And amid the chaos of combat, regular checkups may be hard to arrange.

Even if she is aware of complications, like swelling of the hands, feet and face, she still might not be able to get to a hospital equipped with blood pressure cuffs and doctors with the right expertise.

"Nobody wants to drive through the streets because it is too dangerous," says Dr. Andrew Weeks, an obstetrician and expert on maternal deaths who published a chilling editorial about the risks of war for pregnant women in the journal The BMJ. "There are no taxis. There's no money. So you start walking or being carried to the nearest health facility, which is in ruins. Of course you're going to die. You haven't got a chance."

And it's not just a lack of medical care, he says. Direct attacks on pregnant women are another concern. In his editorial, Weeks described women being shot while giving birth in Nigeria and a fetus being shot through a pregnant woman's belly by a sniper in Syria.

Without any official tracking of the number of pregnant women who die from reasons related to war, these women often become "forgotten victims," says Weeks.

"Every avenue you look at for women during war times, their health is compromised," says Weeks, a professor at the University of Liverpool in the United Kingdom. "The voices of women in war situations are often neglected. These are the lost voices we're trying to highlight."

Collecting accurate data is rarely a priority or even a possibility during war. Overall, an estimated 303,000 pregnant women die around the world each year. Above that, nobody knows exactly how many of the 140,000 or so women who die in conflict each year are pregnant, though estimates are sobering.

In general, 4 percent of the population in any emergency setting will be pregnant, says Janet Meyers, deputy director for health policy and practice at International Medical Corps, a first-responder organization that provides health care in global emergencies. And more than a third of maternal deaths happen in crisis settings.

In the midst of active combat, drug supplies often dwindle. Doctors and midwives may flee. Even clean, running water can be hard to come by. And those are just the secondary problems. As social systems break down, violence and sexual violence against women rise.

Because pregnancy is a particularly vulnerable time — when even ordinary complications can quickly become tragic — Weeks hopes that his editorial will bring more attention to protecting pregnant women who are stuck in terrible situations.

There may be some cause for hope, Meyers says, including some on-the-ground efforts by health providers to care for pregnant women in war zones. Awareness is also growing that reproductive health services need to be part of crisis response plans.

In South Sudan, for example, the International Medical Corps is training midwives and placing them in rural communities.

"One of the most important things we can do is make sure women have access to deliveries by skilled birth attendants and access to emergency obstetric and newborn care," Meyers says. "You cannot predict who will have a complication."

Equally important, she says, is giving women a choice to not get pregnant in the first place.

"I really can't emphasize enough that we need to make family planning available," she says. "I've had women say to me, 'I do not want to get pregnant in this situation.' "