Accessibility links
The Sequel To Save the Children's 'Most Shocking Second' Syria Ad Is Shocking — And Controversial : Goats and Soda A new video ad from Save the Children shows a girl going through the harrowing journey of a Syrian refugee — only she's British and it takes place in London.

Are You More Sympathetic Because She's British, And Not Syrian?

Are You More Sympathetic Because She's British, And Not Syrian? 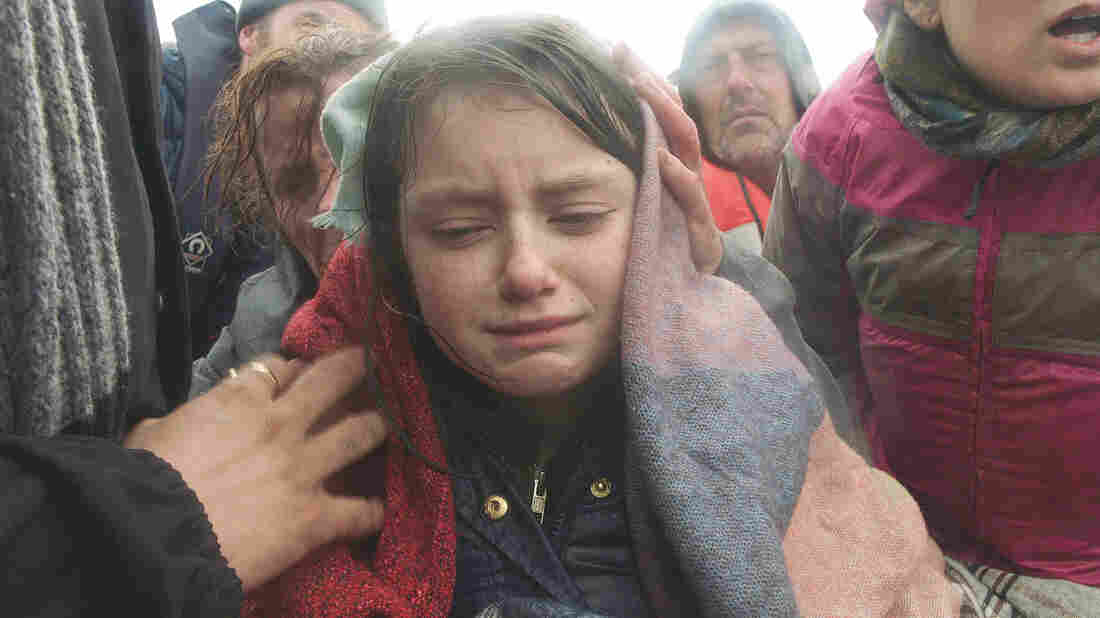 A scene from Save the Children's "Still the Most Shocking Second a Day" ad, which imagines a young British girl fleeing war in the U.K. and embarking on a dangerous journey. Save the Children hide caption 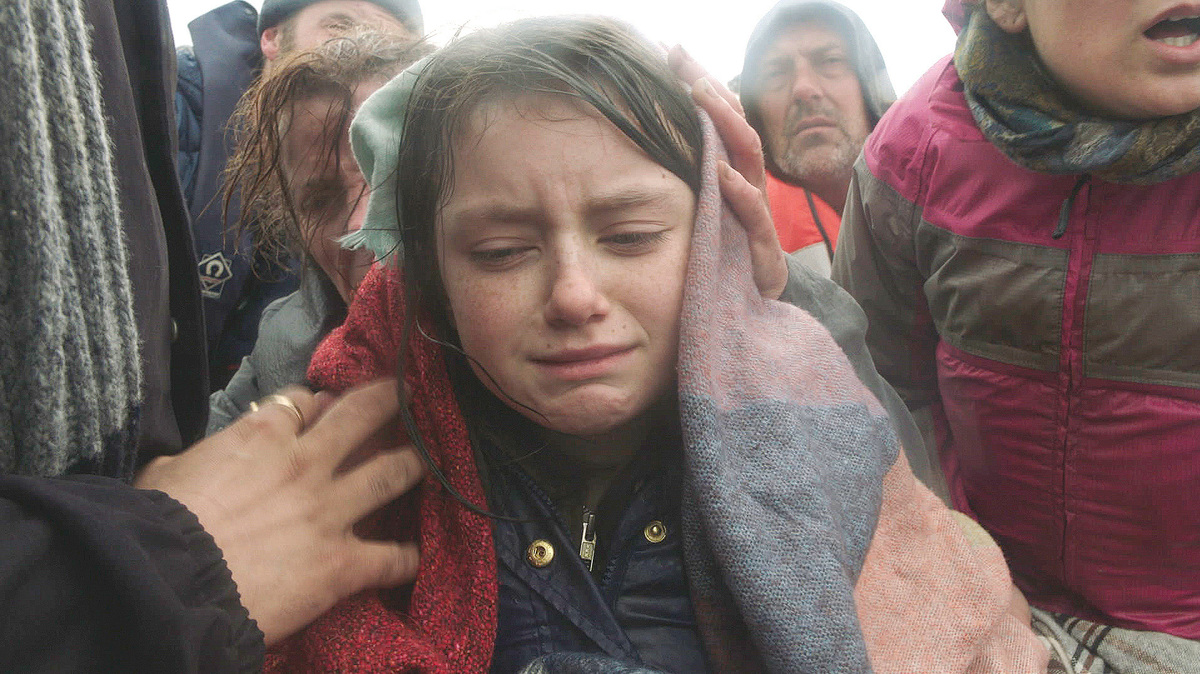 A scene from Save the Children's "Still the Most Shocking Second a Day" ad, which imagines a young British girl fleeing war in the U.K. and embarking on a dangerous journey.

A young British girl unwraps a package from her mum — a stuffed animal. The child's face breaks into a smile. But after this moment, her life in a war-torn London is stark: She gets a serving of gruel, reads in the dark, tries to keep warm with a cigarette lighter — then narrowly escapes a bombing, nearly drowns and is separated from her mother, who sacrifices her spot on a tugboat so her daughter can flee.

The 1 minute, 34 second video — "Still the Most Shocking Second a Day" — has amassed over 314,500 views in the five days since Save the Children released it. It's the sequel to its 2014 viral video, "The Most Shocking Second a Day." The ads, created by the global charity to raise awareness and funds for the Syrian refugee crisis, have gathered a ton of attention, both negative and positive, for using a British girl — not a Syrian girl — as the main character, and London — not Damascus or Aleppo or any other Syrian city — as the setting.

Jess Crombie, deputy creative director at Save the Children, argues that casting a white British child as the protagonist is key to bring the far-off issue closer to home and raise awareness in the hope people will respond with donations.

"When we created the first film in 2014, we wanted people to relate to what a child caught up in the conflict goes through, so we chose London as the location," she wrote to Goats and Soda in an email. "We knew the viewer would not expect to see the streets of London to be war-torn, and its children forced to become refugees. This contrast makes it more relatable to those not living in a war zone."

That ad garnered 53 million views — and counting — on YouTube. But "a video going viral has no value in and of itself," notes Jason Wojciechowski, creative director at Corelab, a digital agency that works in nonprofit campaigns, including for the Syrian crisis. Save the Children spokesman Jeremy Soulliere says that the first ad did help bring in funds and direct attention to the crisis and that donations were distributed to refugee aid groups on the ground, though he declined to name a specific amount. He said the group had not tracked the amount of money raised directly from the video and that the goal was to raise awareness.

That doesn't mean everyone agrees with the idea of telling the Syrian refugee story with a British setting. Heidi Moore, a digital media consultant based in New York, tweeted that she found the ad "annoying. As if the refugee crisis doesn't matter unless the child is white and English-speaking."

Moore says the intention of bringing awareness to the Syrian refugee crisis is admirable, but the execution is "misguided."

"If you go over to a refugee camp, are you going to see this girl there? No," she says. "It adds distance to the refugee crisis. Syrian refugees are not aliens; they are highly educated and from a society that is very advanced. Discarding that sets us back [in empathizing with their situation]."

But Syrian refugee Shadi Martini does not share those concerns. "It is accurate, actually," says Martini, who left Syria in 2012 and is today the senior Syria adviser for the Multifaith Alliance in Farmington, Mich., where he lives with his wife and two children.

"When I saw it, I had flashbacks immediately," he says. If anything, he adds, Save the Children didn't present the reality of war graphically enough.

Then he breathes a heavy sigh. "A problem we [Syrian refugees] always face is that people think we are exaggerating. What we [tell people] is only 5 or 10 percent of the truth. We can't explain in words what the situation is. The reality is much more horrifying [than what is shown in the video]."

Martini is quick to add that neither he nor fellow Syrian refugees he's spoken to feel the ad is unfair to their situation without a Syrian voice. "It's not insulting to me, it's accurate," he emphasizes. "It explains to people it can happen to anyone, to any nation. What would you do if you were this child, in this place?"