Accessibility links
Why Doctors Without Borders Pulled Out Of The World Humanitarian Summit : Goats and Soda The group pulled out this month, citing concerns that nations won't have to follow through on commitments made at the summit. We spoke with Executive Director Jason Cone. 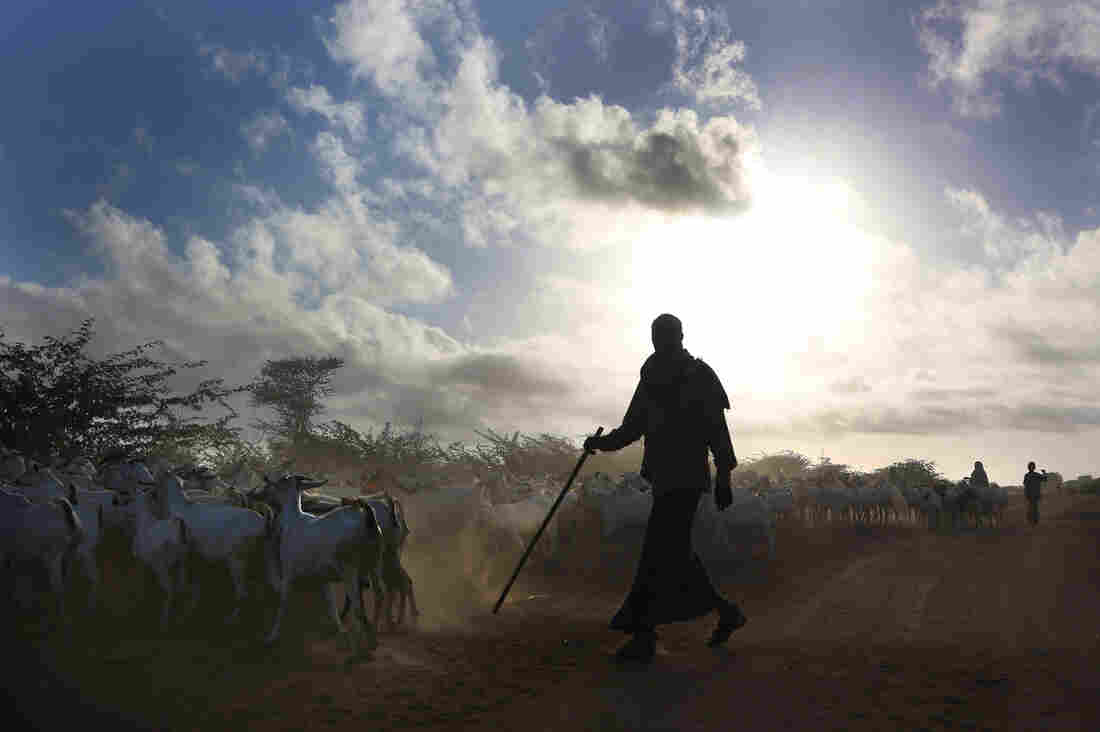 Issues on the table at the World Humanitarian Summit range from conflict zones to refugees. Above, a herder moves his goats at the Dadaab refugee camp, created nearly 25 years ago. The Kenyan government now threatens to shut it down. Michelle Shephard/Toronto Star via Getty Images hide caption 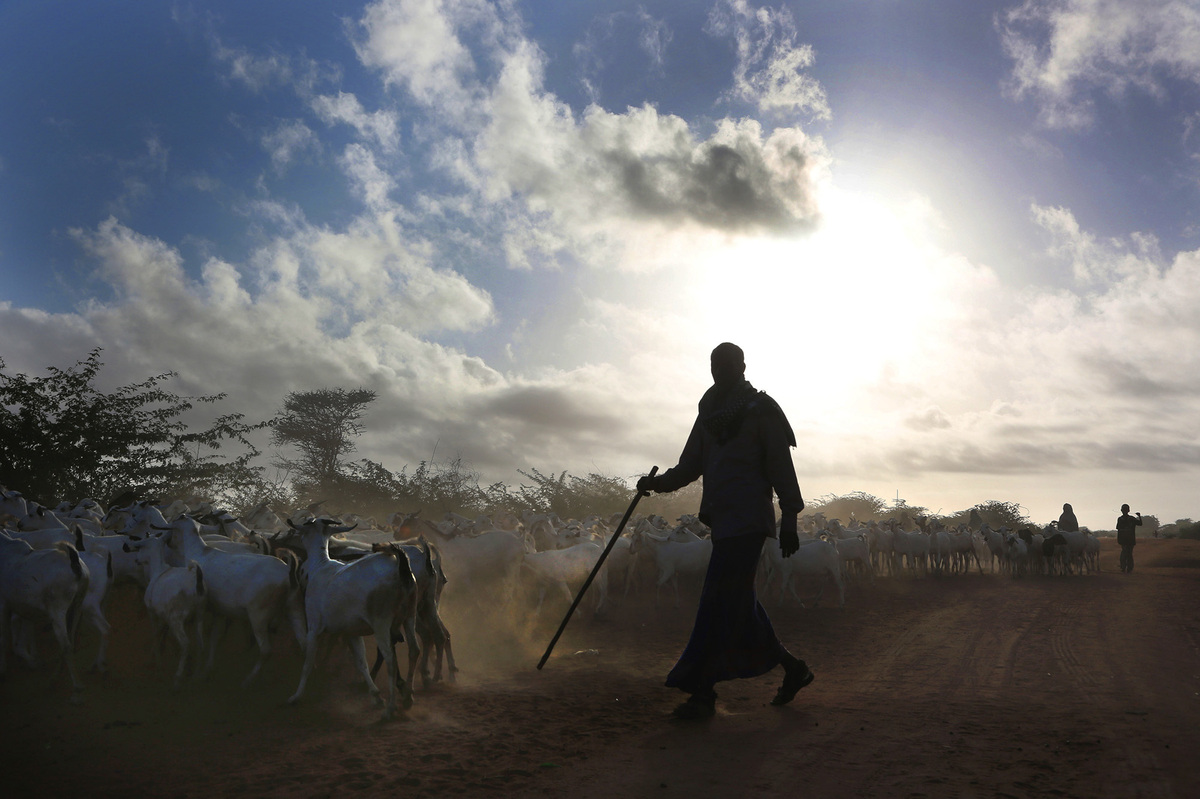 Issues on the table at the World Humanitarian Summit range from conflict zones to refugees. Above, a herder moves his goats at the Dadaab refugee camp, created nearly 25 years ago. The Kenyan government now threatens to shut it down.

The World Humanitarian Summit begins this Monday in Istanbul. But one prominent group won't be in attendance. Doctors Without Borders, also known as Medecins Sans Frontieres, withdrew from its role in the summit in early May, after 18 months of active involvement in preparations. The group's main reason for pulling out was that governments around the world won't be bound to any initiatives put forth.

As War Dangers Multiply, Doctors Without Borders Struggles To Adapt

The MSF decision was also triggered by the organization's concerns about the inability of nations to protect MSF and its patients in battle zones. Last year, 75 MSF-managed and supported facilities were bombed.

The group's executive director, Jason Cone, spoke with NPR via email about the decision.

In your press release, you said: "The summit has become a fig-leaf of good intentions" that won't actually improve any of the "weaknesses in humanitarian action and emergency response, particularly in conflict areas or epidemic situations."

When we saw the full agenda we realized that this forum would not reflect our main priority: responding to some of the most acute medical and humanitarian emergencies in the world. Instead, it seeks to align humanitarian and development agendas, taking on a much wider array of challenges. This comes as we are seeing dramatic failures to respond to emergency needs in places such as in Syria, Yemen, South Sudan and Central African Republic. The humanitarian system is too often failing in its core duty of meeting the needs of victims of conflict, and we are worried that the summit will do little to change that.

In some ways, the fact that MSF — for some, the embodiment of humanitarian aid — is pulling out of the WHS feels like a sign that the international system is breaking down. Is it?

The world should pay more attention to conflict-affected places like Yemen, Iraq, the Democratic Republic of Congo, South Sudan and Burundi — these require concerted political action. Humanitarians are just picking up the pieces, and we cannot "fix" these conflicts with better aid.

We also need the role that humanitarians play to be respected. This includes the rules of war — you may not bomb hospitals, you must allow the population access to humanitarian aid and medical care. For example, there are besieged areas in Syria where medical supplies are not allowed in, and wounded people are not allowed out in medical evacuations. This is a breakdown in the rules of war that go back generations.

And your decision to pull out is sending a message to ...?

We are looking to states to improve their commitments to supporting impartial, independent and neutral humanitarian aid, ensuring that people caught up in conflicts can access humanitarian assistance and abstaining from targeting civilians and medical facilities. We are also asking the humanitarian sector to recommit to working in the most difficult places, and ensuring that humanitarians retain the capacity to respond quickly and effectively. This includes having the logistical capacity to respond quickly in emergencies and having the knowledge and expertise in security issues to operate in conflict areas. [This requires resetting priorities and reforming] a system which has become sluggish and bureaucratic in responding to crises. When war broke out in Yemen last year, for example, many international aid organizations left the country and were slow to return.

Who really has the power to enforce international humanitarian law? Asking for commitments from world governments has always been the way the system has worked.

The World Humanitarian Summit commitments are non-binding and voluntary. When it comes to international laws, we need states to implement the commitments that they have already signed up to, which are legally binding. These include the laws of war, which allow and protect medical and humanitarian assistance, and laws that govern how nations treat refugees.

What were you slated to do at the World Humanitarian Summit? What has your part been in preparing for the summit in recent months?

MSF has been engaging with the World Humanitarian Summit over the past 18 months. We have written many papers on WHS-related issues (see this) and submitted three of them to the summit. We have also attended four regional events and various side events, including the Global Forum for Improving Humanitarian Action held in New York last June, which was hosted by USAID and the Organization of Islamic Cooperation. While we have decided not to attend, we will continue to engage with the participants on medical and humanitarian issues.

So many global summits, meetings and forums, from Davos to the G-8, take place each year. What makes the WHS particularly ineffective?

It's partly the format — the fact that states are not leading the process is innovative, but it leaves them without a clear role.

How could the issues you have with the WHS be resolved?

I'm not an expert on summits. However, it is clear that asking NGOs, states and U.N. agencies to sign up to non-binding and voluntary commitments will not lead to strengthening international humanitarian law. Putting states on the same level as non-governmental organizations and U.N. agencies minimizes the responsibilities of states. It lets governments off the hook for their obligations.

Have you heard from the WHS about MSF pulling out? What have they said?

We have had an open and constructive dialogue with the World Humanitarian Summit Secretariat and the United Nations Office for the Coordination of Humanitarian Affairs from the beginning [of the planning for the summit]. We informed them of our decision prior to making our statement. We received a considered and measured response to our statement from Stephen O'Brien, expressing disappointment that we would not attend.