Accessibility links
Sean Penn's New Movie Got Panned For Cardboard African Characters. Here Are Some Better Options : Goats and Soda Sean Penn's new movie set in Africa got booed at Cannes. Critics said its African characters were "bleeding wallpaper." Here are 4 films that give African characters (and actors) their due. 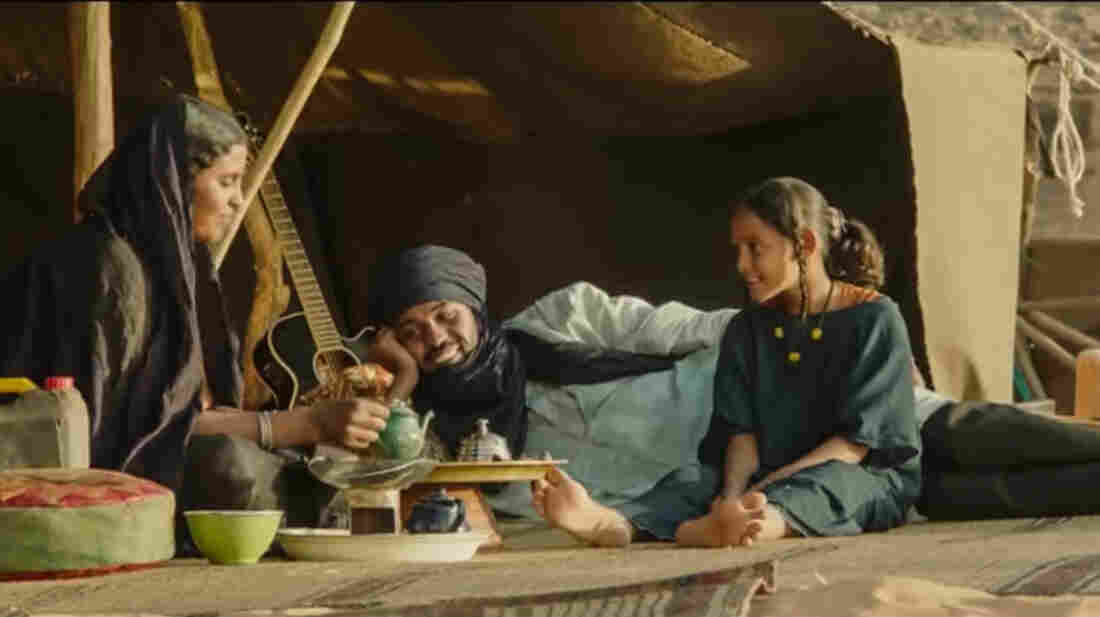 A scene from the movie Timbuktu, nominated in 2014 for an Oscar for Best Foreign Language Film. Youtube hide caption 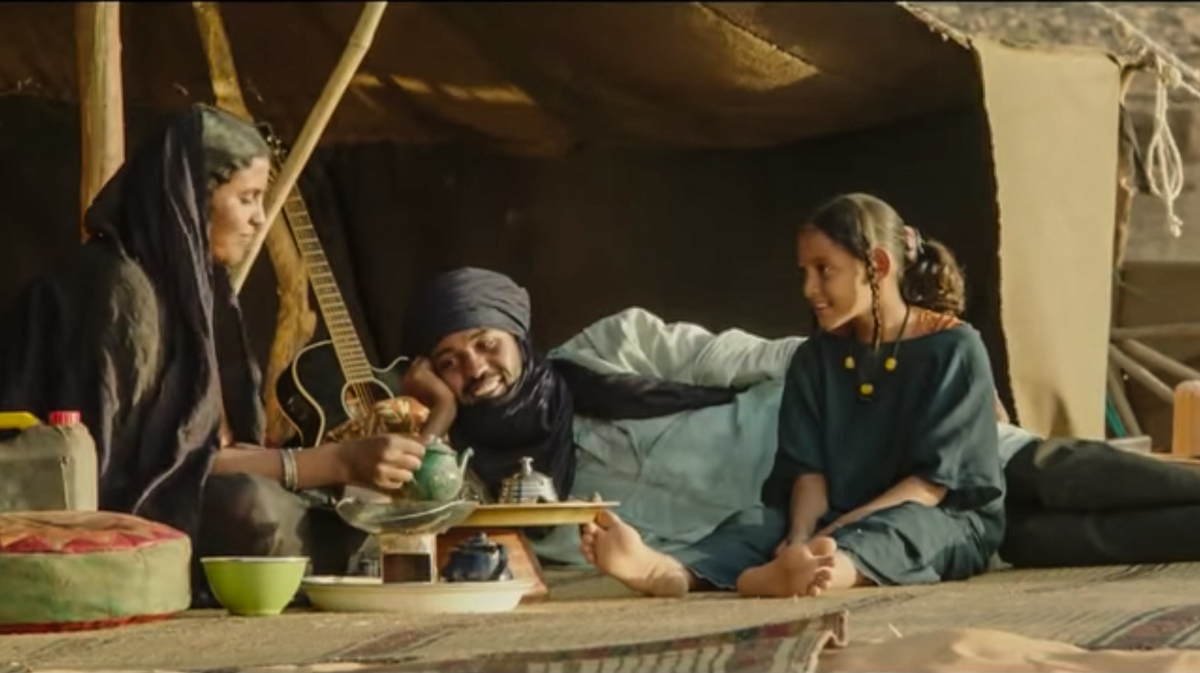 A scene from the movie Timbuktu, nominated in 2014 for an Oscar for Best Foreign Language Film.

You may have heard that Sean Penn's new Africa-set drama, The Last Face, got savaged at the Cannes Film Festival this week. Reviewers complained (and let me just note that I've not yet seen the film) that while Penn centers the story on a romance between two NGO doctors (Charlize Theron and Javier Bardem), he uses African conflict and tragedy mostly as a backdrop. A common lament was that the African characters weren't individualized — the Hollywood Reporter said they amounted to "bleeding wallpaper."

Harsh, that. But it's a complaint frequently leveled at Hollywood films set in Africa. It's true that box office considerations often lead producers to concentrate stories on their non-African stars as fish-out-of-water — whether it's African Queen's Katharine Hepburn or Blood Diamond's Leonardo DiCaprio — and relegate dark-skinned characters to subordinate roles.

There are exceptions. Tom Hanks may have had the title role in the ship-hijacking drama Captain Phillips, but Barkhad Abdi's Somali pirate, Muse, stole the show (and garnered an Oscar nomination).

And of course, African performers get better parts and can make bigger impressions when international stars aren't around to steal the spotlight. Here are a few films that give African characters (and actors) their full due.

An adaptation of the Athol Fugard novel about a young street thug (Presley Chweneyagae) who steals a car only to find a three-month-old baby in the back seat. He and the young mother (Papulana Seiphemo) he finds to take care of the infant make wrenching impressions.

The sci-fi thriller that uses fictional news reports, surveillance video and "found" footage to tell a story about reviled alien refugees that's more or less a metaphor for apartheid and xenophobia. The film, which made a star of white South African actor Sharlto Copley (he's since appeared in Elysium with Matt Damon), offered a vivid showcase for Eugene Khumbanyiwa as a psychopathic Nigerian gang leader.

A comedy about an isolated tribe of bushmen who think that a Coca-Cola bottle thrown from an airplane is a gift from the gods. Because the desire to possess it leads to social division in the tribe, not to mention envy and anger, Xi (Nǃxau ǂToma) decides to get rid of it. Turns out, that's more complicated than he expects. Life also proved more complicated: Though the film grossed more than $100 million worldwide, the late star, who was a bush farmer, reportedly earned around $300 — although he negotiated a better deal (including some cattle) for the sequel.

The occupation of the title city by Islamic extremists leads to traumas of various sorts, some merely odd, others wrenching. The film, directed by Abderrahamane Sissako, was nominated for an Oscar for Best Foreign Language Film and features an extraordinary ensemble.