Accessibility links
Qandeel Baloch's Murder Sheds Light On Global Honor Killings : Goats and Soda The murder of the social media star Qandeel Baloch is not just a Pakistani problem. So-called "honor killings" happen all over the world. Activists are trying to stop them.

'Honor Killings' Are A Global Problem — And Often Invisible

'Honor Killings' Are A Global Problem — And Often Invisible 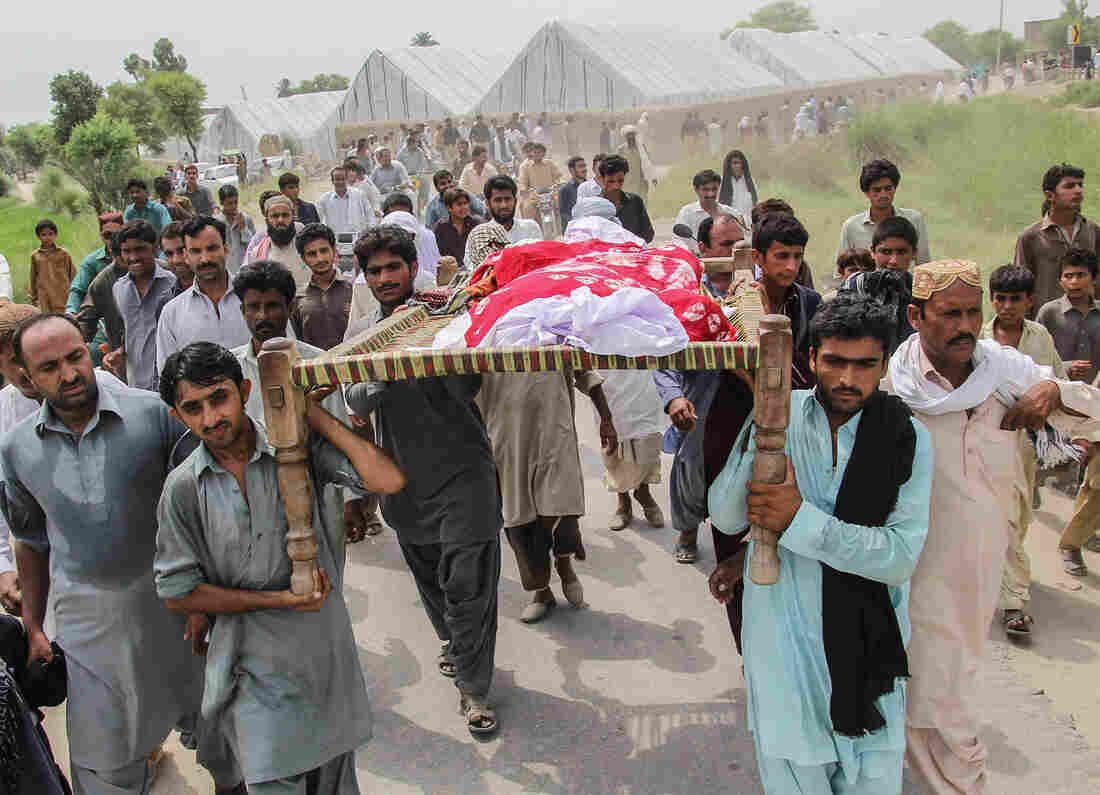 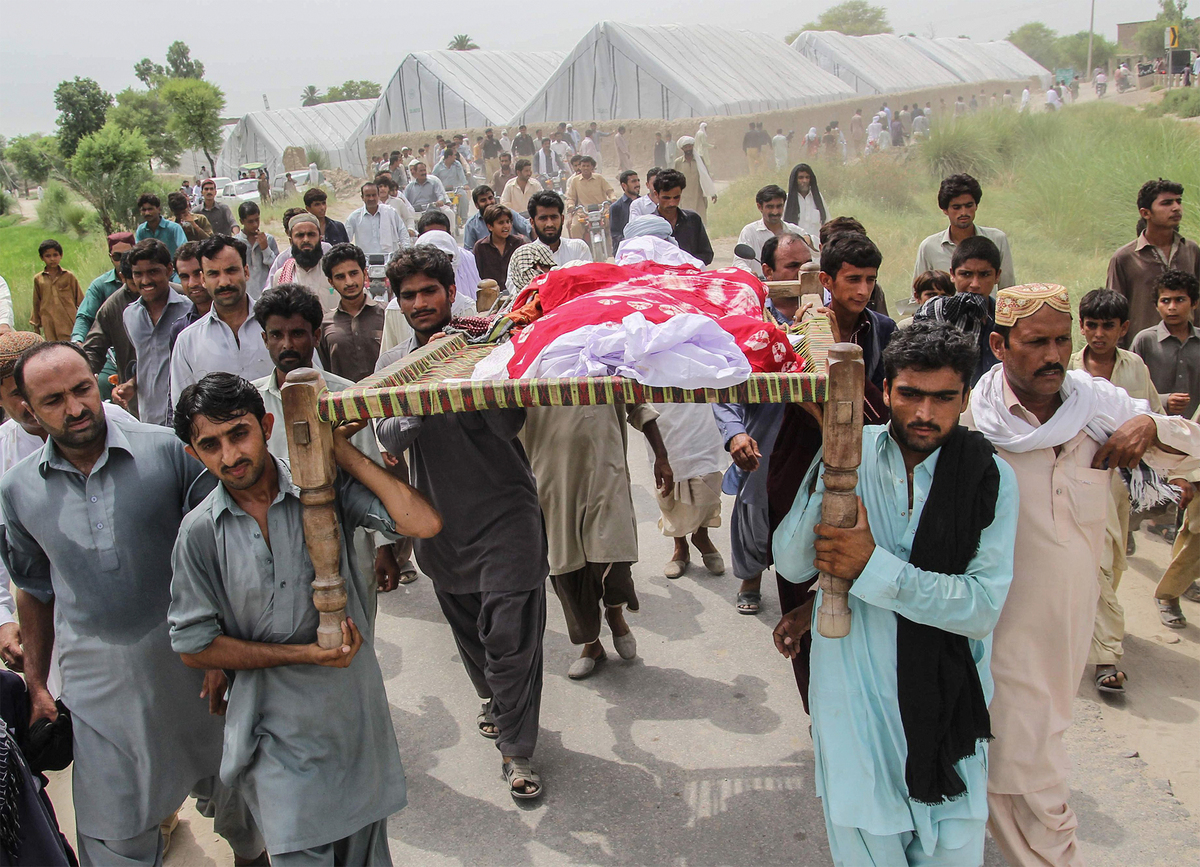 This past Friday, Pakistani social media star Qandeel Baloch was murdered in an apparent "honor killing." Her brother Waseem Azeem admitted that he strangled her to death because he disapproved of her provocative social media presence in the socially conservative country.

The murder has brought attention to the issue of honor killings in Pakistan, where an estimated 1,000 cases a year occur. But it's a global concern as well. Honor killings happen when family members murder a daughter, sister, mother or wife because they believe she has brought shame to the family. The reasons range from refusing an arranged marriage to owning a cellphone or even being a victim of rape.

"It's all just related to the idea that women are property, and you can do what you like with your property," says Heather Barr, senior researcher for women's rights at Human Rights Watch, in a Skype interview from Kandahar, Afghanistan.

The victims tend to be young. A survey of 214 female victims in 2010, published in Middle East Quarterly, found that the average age was 23 years old. "Honor killings happen when a person is transitioning into adulthood and trying to express their own views," she says. While the vast majority are female, there are a small number of male victims — typically a husband, boyfriend or fiancé whom the family disapproves of.

Part of the reason why the phenomenon continues is because it often goes unpunished. In 2014, the human rights NGO International Humanist and Ethical Union, which has representation at the U.N., submitted a statement to the General Assembly noting that honor-related crimes are rarely investigated, and the laws against them are rarely enforced in many countries.

"Most of these cases will always be invisible," says Barr. "Covered up and reported as suicides or disappearances."

If enforced, the sentences to the perpetrators are far less strict than for equally violent crimes — and pardons can be easily arranged. In Pakistan, for example, the simple act of forgiveness can absolve the crime. In the Oscar-winning documentary film A Girl In The River: The Price Of Forgiveness, Saba, 18, was pressured into forgiving her uncle and father, who shot her and threw her in the river for secretly eloping. As a result, they were both released from prison.

The other reason is society's acceptance of discrimination against women. In a 2013 Cambridge University survey of 850 teenagers in Jordan, a third believed that honor killings were "morally right." Support for honor killing is far more likely among adolescent boys who have not spent much time in school, according to the report. And in a 2009 survey from the United Nations Population Fund (UNFPA), 68 percent of young Iraqi men believed that killing a girl for dishonoring the family was justifiable.

An estimated 5,000 honor killings are committed every year, mostly in Muslim, Hindu and Sikh communities, according to a 2000 report from the UNFPA — the most recent compilation of data. But the number could in fact be far higher. Barr says the killings are frequently not reported to authorities by the victims' families.

While there may be more honor killings in the Middle East and Southeast Asia than in other parts of the world, there is no single ethnic, cultural or religious indicator of honor-based violence, reports the Honor Based Violence Awareness Network, a digital resource center that studies honor killings.

"It goes across cultural norms," says Christa Stewart, sexual violence program manager at Equality Now, a women's and girls' rights organization. "It's aimed at any woman who transgresses in a societal framework — who asserts her own desire to marry on her own volition, not have a marriage imposed upon her or chooses education." In the case of Baloch, she says, her "transgression" was clear: posting social media posts that defied cultural norms.

Such acts of violence take place in the Western world, too. According to research commissioned by the U.S. Department of Justice in May 2015, an estimated 23 to 27 honor killings occur in the U.S. per year, 13 in the Netherlands and 10 to 12 in the U.K. 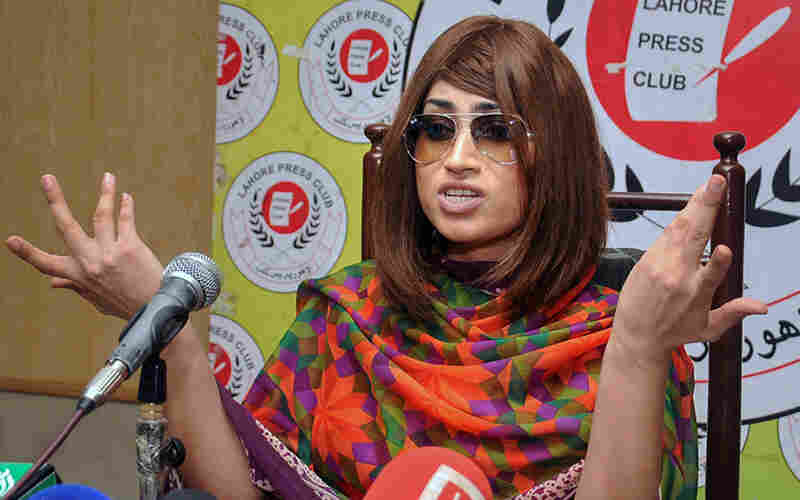 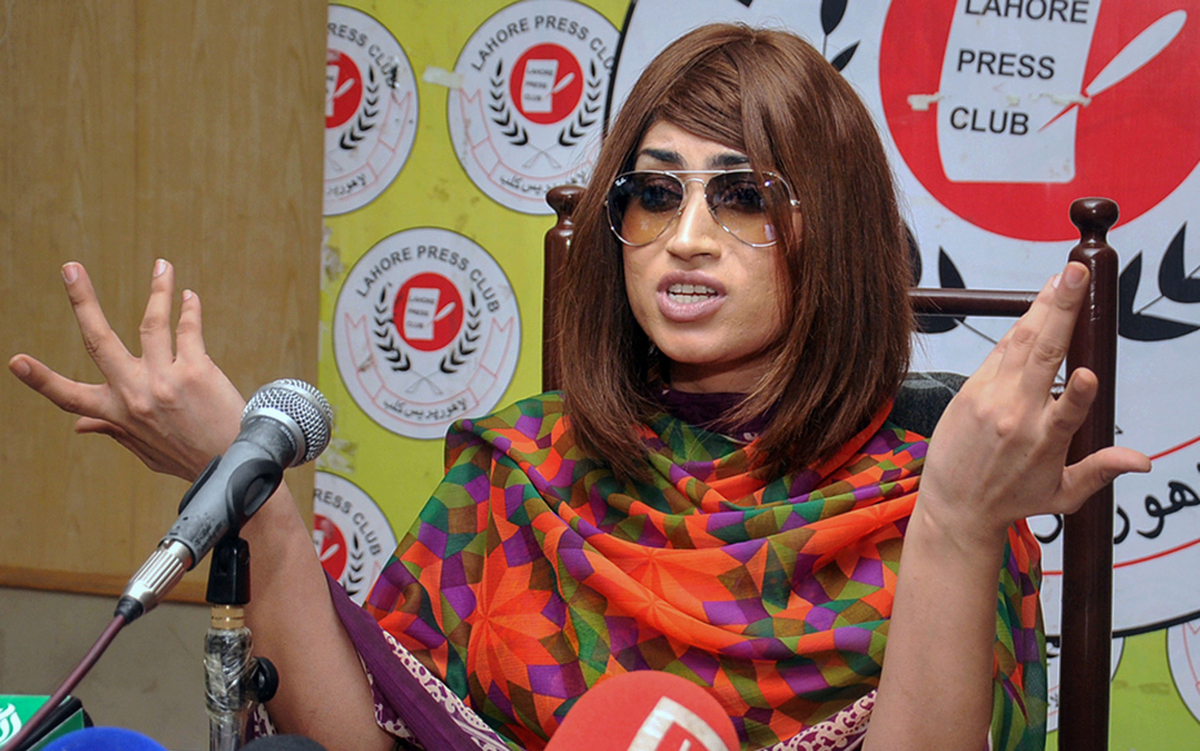 Qandeel Baloch at a press conference in Lahore, Pakistan, in June.

In 2010, for example, Faleh Almaleki, an Iraqi immigrant living in Phoenix, Ariz., ran over his 20-year-old daughter, Noor, with his Jeep. She was becoming too "Westernized," he told the police, and brought him dishonor by leaving an arranged marriage to an older cousin in Iraq. She died in the hospital two weeks later; in 2011, the father was sentenced to 34 years in prison.

"The law is paramount to changing dynamics for women," says Stewart. "It shows there is equality in how women are viewed — that they're not expendable or controllable."

The laws that allow families to get away with it are slowly changing. In 2009, Syria abolished a law that waived punishment for men who kill female family members in the name of honor and replaced it with a minimum two-year sentence. Critics at Human Rights Watch said in a statement that "two years is better than nothing, but is hardly enough for murder." In 2011, Lebanon repealed a criminal code provision that permitted short sentences for family members found guilty or convicted of an "honor crime." And on Wednesday, the Pakistani government, facing mounting pressure in the wake of Baloch's murder, has announced that it plans on passing long-delayed legislation against honor killings within weeks. The law would close a loophole that allows family members to pardon a killer.

One of the most misunderstood aspects of honor killings, says Barr of Human Rights Watch, is confusing them with crimes committed in flagrante delicto: "the idea that you walk in on your wife having sex with the next door neighbor, and then kill them," she says. In some countries, you would get a reduced sentence because you were so angry that you weren't able to control your behavior, she continues. "But this is not the way honor killings usually work."

Often, these murders are plotted with great deliberation, she explains. Barr points to Baloch's brother Azeem as an example. In his confession video, he said he planned the murder after she made headlines for posting selfies on her Instagram account with a senior member of the clergy four weeks ago. "It wasn't a shocking moment where the killer wasn't able to control his emotions," she says. "It sounds like he thought about it very carefully."

And some researchers believe the label for these acts is part of the problem. "We shouldn't use the term 'honor killings' at all," she says. "It's just an excuse for murder."