Americans Are Shrinking, While Chinese And Koreans Sprout Up

Americans Are Shrinking, While Chinese And Koreans Sprout Up 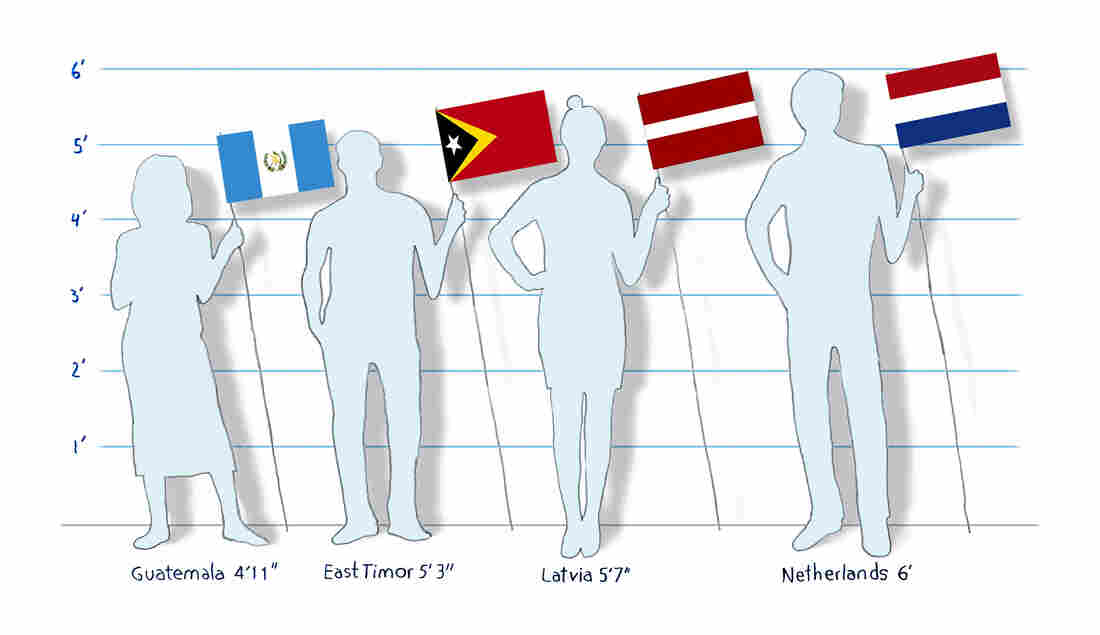 The countries with the tallest and shortest 18-year-old men and women in the world, according to a new study. Leif Parsons for NPR hide caption 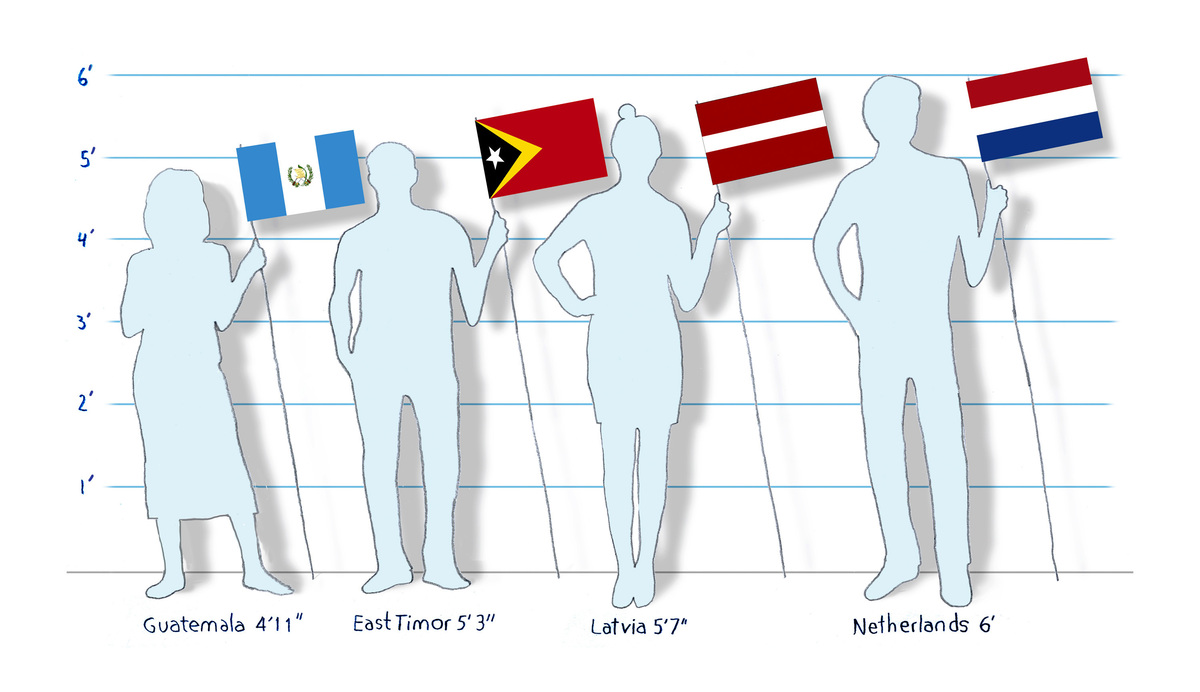 The countries with the tallest and shortest 18-year-old men and women in the world, according to a new study.

Whatever South Korean women are eating, pass it around!

The country is having a massive growth spurt. And it doesn't look like it's slowing down anytime soon.

Women in South Korea have gained 8 inches in height, on average, in the past century — a jump bigger than any other population in the world, researchers reported Tuesday.

For men, Iranians are the big winners, gaining 6.5 inches in the past hundred years.

In contrast, Americans are falling behind. Back in 1914, the U.S. had the third tallest men and fourth tallest women in the world. Now it's in the middle of the pack, ranking around 40th for both men and women.

The stats on average national heights come from a giant study published in the journal eLife, which looks at how heights around the world have changed over the past century.

The data are chock-full of interesting nuggets of information: 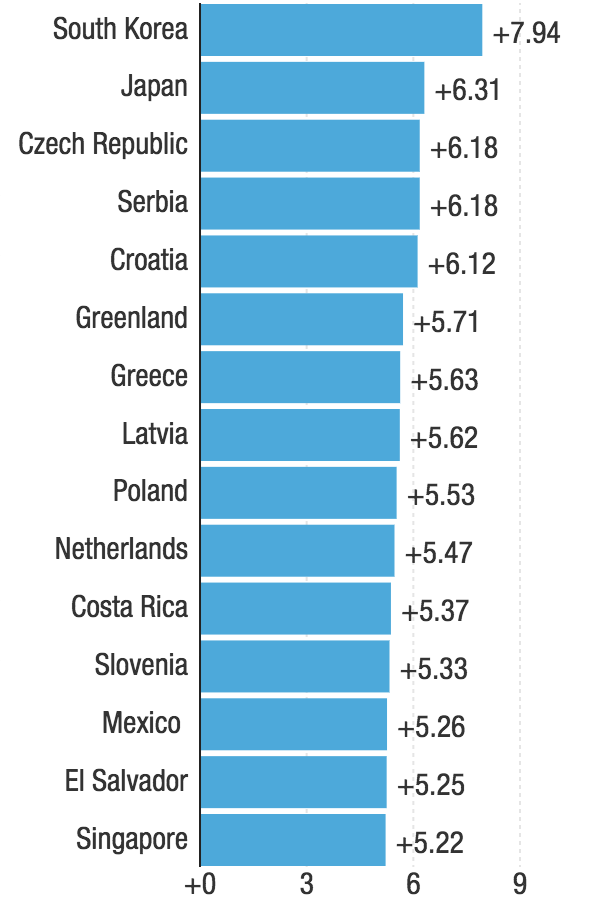 Here in the U.S., heights have plateaued — or even started to decline slightly. They peaked in 1988 for women and 1996 for men.

"There was a time when the U.S. was the land of plenty," says Majid Ezzati, of Imperial College London, who helped to lead the study. "But increasingly over time, the quality of nutrition has worsened."

Income inequality has increased in the U.S. since the 1970s, the Center on Budget and Policy Priorities reported. "In some sense, you have a large part of the population who are not getting quality food," Ezzati says. "That drags down the whole place."

The decline here may also be due, in part, to immigration from Central America and South Asia, where people tend to be shorter, Ezzati says.

For the study, Ezzati and nearly 800 scientists combed through about 1,500 surveys to come up with the measured heights for about 18.6 million people in 200 countries.

Africa may be rising economically, but its people are shrinking. In many countries, 18-year-old men have gotten shorter since the 1970s and 1960s, after the end of the colonial era.

"You have countries that suddenly cut their entire health care budgets and agricultural [budgets] by large amounts," Ezzati says. "Those who were affected the most were the poorest."

Although genes play a big role in determining how many inches we sprout up during childhood, average height is a great litmus test for the overall health of a population.

Nutrition and the number of childhood infections help determine how tall you grow. "And there's increasingly good evidence that people who are taller on average tend to live longer," Ezzati says.

"A big part of that is due to a lower risk of cardiovascular disease [for taller men and women]," he says. Taller women also have a lower risk of complications during childbirth, and their newborn babies are less likely to die than those born to shorter women.

In contrast, shorter people have a lower risk for some cancers, such as colon cancer, Ezzati says. "But on the balance, it's better to be taller, healthwise."

And having extra inches as a kid is also connected to success later in life. "Being taller is actually a good marker of better educational attainment and higher income," he adds. "Those are big changes with big benefits [to society]."