Accessibility links
Were The African Proverbs Mentioned At The DNC Really African Proverbs? : Goats and Soda Hillary Clinton mentioned the "village" saying. Cory Booker warned of the dangers of going it alone. Are these really African proverbs, as the speakers claim? We ask the experts. 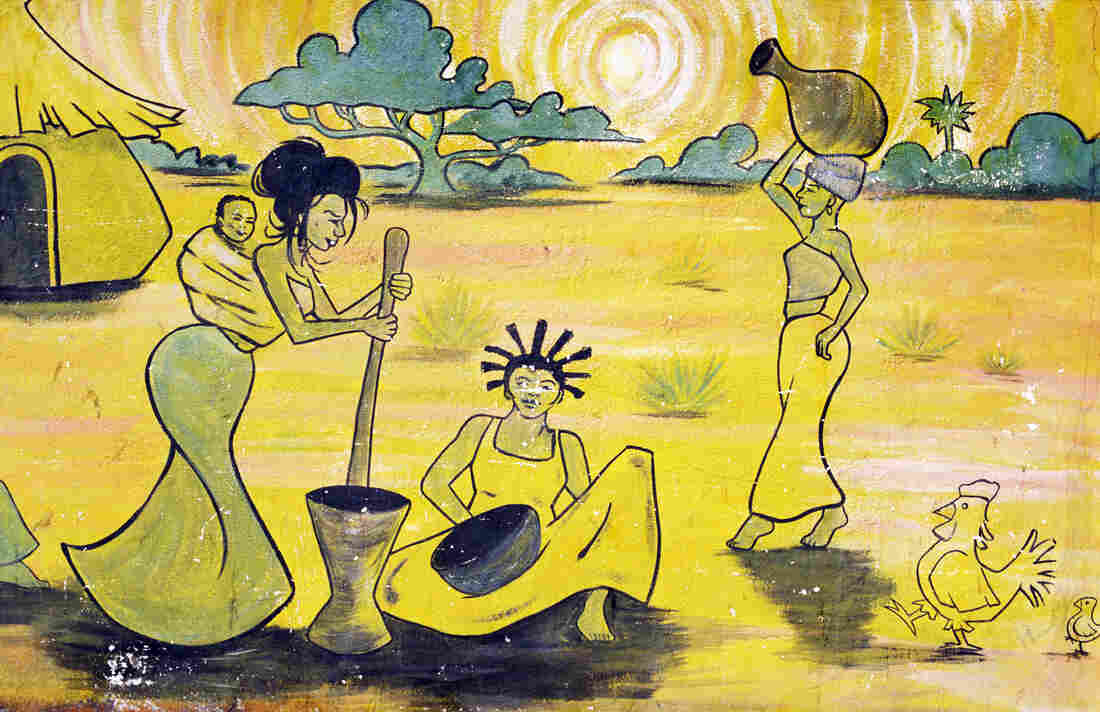 This scene of village life was painted on the wall of a northern coastal town in Mauritania. Andrew Watson/Getty Images/AWL Images hide caption 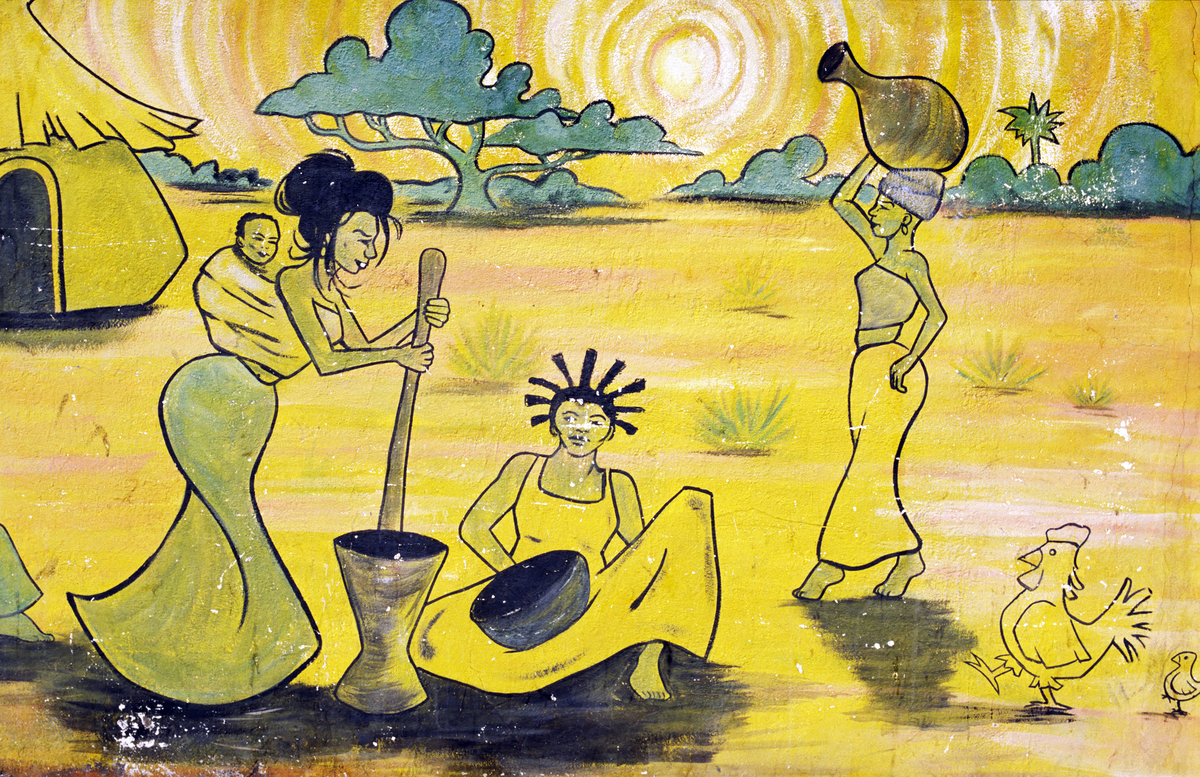 This scene of village life was painted on the wall of a northern coastal town in Mauritania.

That was one piece of advice passed along at the just-concluded Democratic National Convention. The words were spoken by New Jersey Sen. Cory Booker, who said he was quoting "an African saying."

The proverb got a lot of retweets. And some criticism. One Twitter user, Christiana A. Mbakwe, said, "If someone starts an aphorism with 'there's an African saying' it's probably a mythical quote misattributed to a whole continent."

That wasn't the only purportedly African proverb uttered at the DNC. Hillary Clinton referred to her 1996 book It Takes a Village, whose title is said to be part of another saying from Africa: "It takes a village to raise a child."

What we found is that it takes a lot of phone calls to track down the origins of a proverb. And in the end, the answer might be: We just don't know.

Imani Owens, assistant professor of African-American literature and culture at the University of Pittsburgh, is familiar with that proverb.

"There have been a lot of inspirational posters and T-shirts made," she says. As to its birthplace: "I haven't been able to find, ever, the origins of the proverb."

But Johnnetta Cole, director of the Smithsonian National Museum of African Art, believes this proverb originated on the African continent.

"In the circles that I move in, I'm not the only one quoting that proverb," says Cole.

She can't trace it to a specific place, though. Since Africa is a big continent, she says, "It is always best when you can say: This is a proverb from Kenya. Even better if you could say, the Maasai people of Kenya, or if you can say, this is an Igbo proverb from Nigeria."

Even though she thinks the "go fast" proverb springs from African culture, she says, "I could not tell you which particular people the proverb is associated with."

Regardless of its origins, the proverb does hold true to the spirit of some African cultures, say academics.

"The Africanist perspective is more about community, it's more about collaboration. It's less about what we can do individually," says Neal Lester, a humanities professor at Arizona State University who specializes in African-American literary studies. "The essence of the proverb speaks to a certain worldview that challenges Western individualism," he said.

And then there's the "village" proverb.

When Hillary Clinton first used this proverb as the title of her book, academics puzzled over its origin. Comments in a discussion thread among scholars ranged from "It is a common phrase" to "All I know is that it is an ancient African proverb that is being used to the point of cliché."

One commenter was certain the proverb had African roots: "In Kijita (Wajita) there is a proverb which says "Omwana ni wa bhone," meaning regardless of a child's biological parent(s) its upbringing belongs to the community. In Kiswahili [another term for Swahili] the proverb "Asiyefunzwa na mamae hufunzwa na ulimwengu" approximates to the same."

Others cited the saying as Native American. Or perhaps "some sort of pseudo-African mix of Hallmark and folk sentiments."

Lawrence Mbogoni, an African studies professor, wrote: "Proverb or not, 'It takes a whole village to raise a child' reflects a social reality some of us who grew up in rural areas of Africa can easily relate to. As a child, my conduct was a concern of everybody, not just my parents, especially if it involved misconduct. Any adult had the right to rebuke and discipline me and would make my mischief known to my parents who in turn would also mete their own 'punishment.' The concern of course was the moral well-being of the community."

Another respondent added: "I find it a reasonable and profound statement about collective social responsibility but perhaps not traceable to a specific origin."

Meanwhile, if politicians (or voters) are looking for authentic proverbs from Africa to consider this election season, they might turn to Memory and Justice in Post-Genocide Rwanda, a forthcoming book by Timothy Longman, director of the African Studies Center at Boston University.

In his research with Rwandans, he heard people use this proverb to talk about how new political leaders aren't that different from the previous ones: "In Rwanda we say, the dancers have changed, but the drums are the same."