Accessibility links
Worm Forensics: What Kind Of Worm Was Shrink-Wrapped In A Cuke — And How Did It Get There? : Goats and Soda Mac Callaham of the USDA Forest Service tells us how a flatworm may have gotten itself stuck in the packaging of a supermarket cucumber.

How William The Worm Got Himself Into A Pickle #NPRWormWeek

How William The Worm Got Himself Into A Pickle #NPRWormWeek 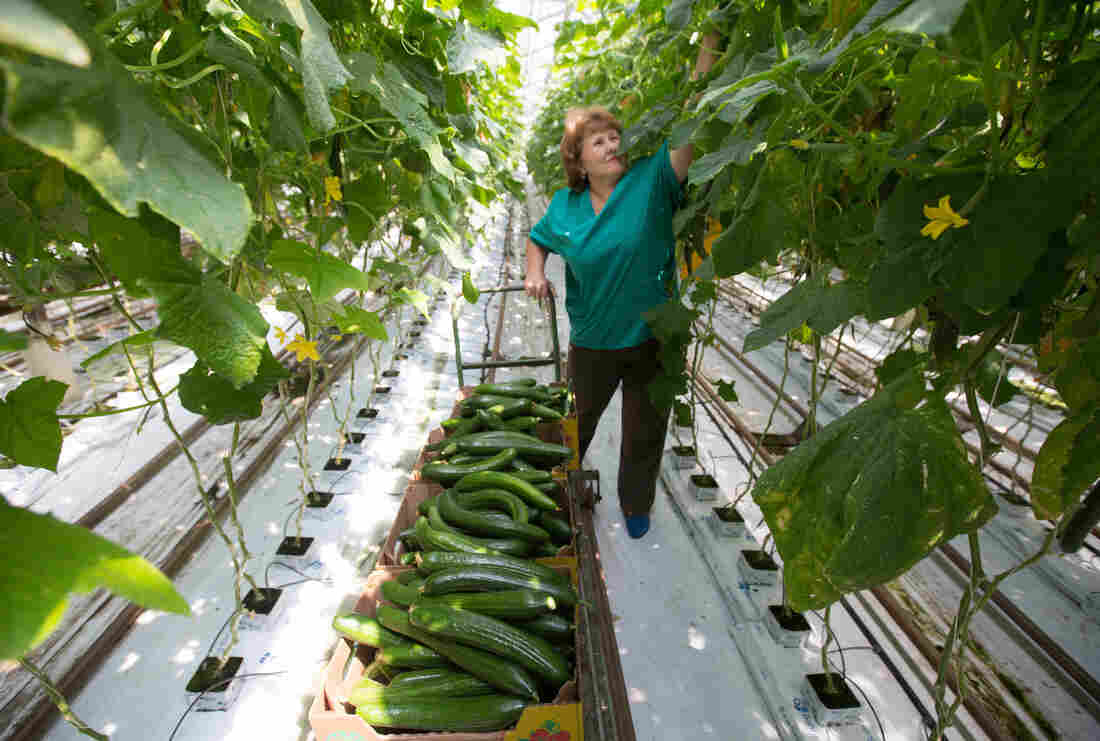 A farm worker collects cucumbers in a greenhouse in Russia. Mac Callaham, a research ecologist at the USDA Forest Service, says William the Worm likely met its fate in "a greenhouse scenario." Andrey Rudakov/Bloomberg via Getty Images hide caption 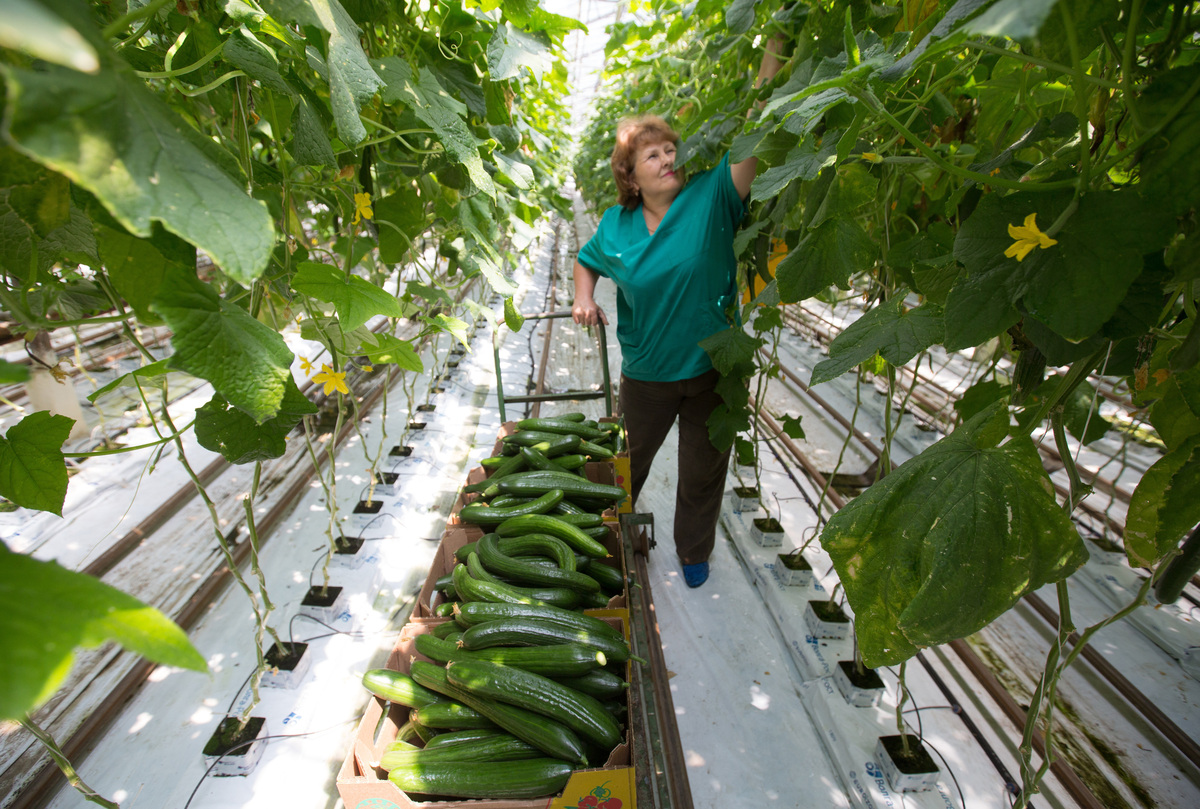 A farm worker collects cucumbers in a greenhouse in Russia. Mac Callaham, a research ecologist at the USDA Forest Service, says William the Worm likely met its fate in "a greenhouse scenario." 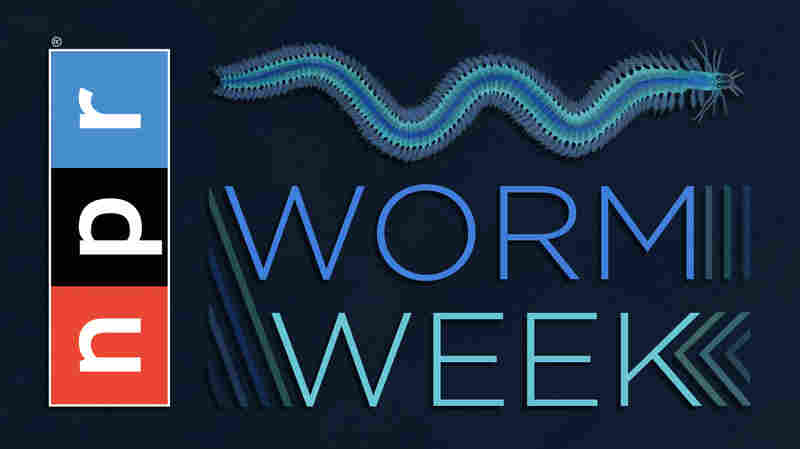 "It may be doubted whether there are many other animals which have played so important a part in the history of the world as these lowly ... creatures." That's what Charles Darwin said about earthworms. His quote applies to parasitic worms, too. This week Goats and Soda looks at the import of the lowly worm. Follow along at http://npr.org/wormweek. Adam Cole hide caption

This week, a U.K. citizen named Wes Metcalfe discovered an "unresponsive" worm stuck in the plastic packaging of a cucumber, which he had purchased at Tesco, a British supermarket chain.

Metcalfe and his kids named their new friend William. He then shared a photo of William and a cheeky complaint about the incident on Tesco's Facebook wall.

"I'm no vet, but I think the tight shrink wrap on the cucumber may have squashed and killed William," he wrote.

His message went viral in a matter of days. A photo update of William's funeral, complete with sympathy card, headstone and framed portrait, helped stoke the fire. Metcalfe also penned a heartfelt poem, part of which went:

"Before his death William was completely unknown
Spending his days in the mud on his own
But now his name has traveled wide and far
William the worm — the viral superstar!"

To find out how William might found himself in that cucumber packaging in the first place — and what kind of worm it was — Goats and Soda talked to Mac Callaham, a research ecologist at the USDA Forest Service. Callaham has been studying earthworms, soil and forest ecosystems for 25 years. This interview has been edited for length and clarity.

What kind of worm does William look like to you?

The image wasn't clear but he looked like a terrestrial flatworm [known for being thin and having bilateral symmetry] — which is why he may have looked like he was flat. 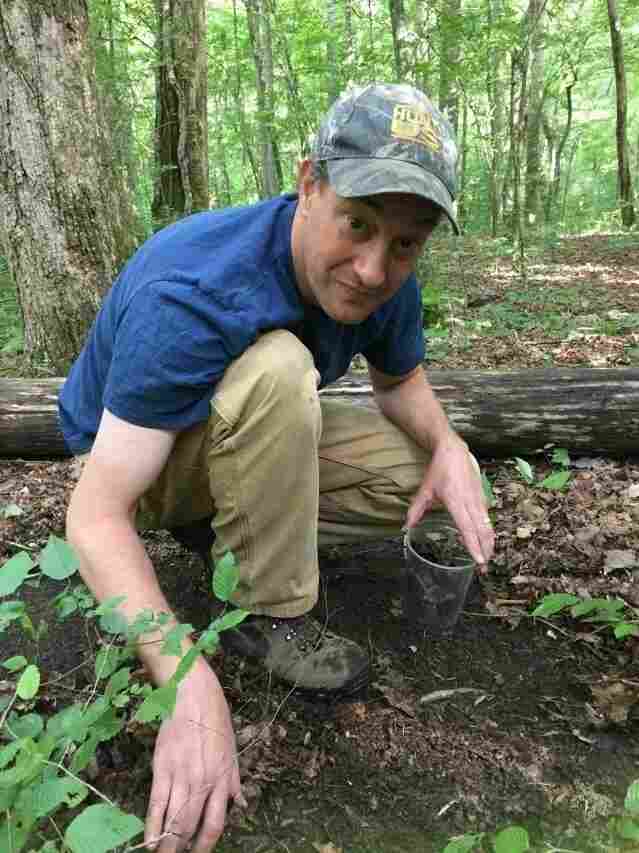 Maybe he was flat because he was stuck in between a cucumber and the packaging.

That could be it too. It's possible he got shrink-wrapped, yes.

What kind of worm is a flatworm, anyway?

They're a primitive group and they range in habitat types. Some are intestinal parasites. Some can infect organs, some are free-living.

It means they don't have to have a host — so they can move around on their own free will.

And from the cucumber, you could say vegetarian, too.

No, actually most of them are carnivorous [little is known about what they eat, but some studies suggest they eat earthworms]. That's why I'm so circumspect about what the organism is. I'd have to look at William under a dissecting scope.

What if Metcalfe accidentally sliced William up into a sandwich and ate him? Would anything happen to him?

He would get some bonus protein — not so good for vegetarians. No risk of infection, though. He's not going to contract any horrible disease from eating a worm. Not that kind of worm, anyway.

How did William get himself stuck in the shrink wrap of a supermarket cucumber in the first place?

The worm was foraging for prey on the plant that the cucumber came from, and just happened to get stuck during the harvesting process. I'm guessing those cucumbers were grown in a greenhouse. These kinds of flatworms are present in greenhouse scenarios a lot. They like places that are warm and wet.

If William was a carnivore, he couldn't have lasted long with that cucumber.

Looking at the film that the cucumber was wrapped in, looks like this one may have just asphyxiated.

I have a few more worm questions for you.

I never thought I would ever be doing telephone forensics on a flatworm.

What would you do if you encountered a worm on a piece of produce?

I would do as much as Mr. Metcalfe did with his. Try to resuscitate it, then release it into the wild. If it's dead, give it a decent burial. Or wrap it up in something and put it in the garbage.

How can you tell if it's dead?

You'd monitor it for any kind of movement and motion. Worms are pretty lively — especially if they're not cold.