Accessibility links
The Breakaway Republic Of Somaliland 's Book Fair Has More Than Books On Its Agenda : Goats and Soda Somaliland, a country that lacks official recognition, has a huge annual book fair. The emphasis on literature isn't just about culture. It's about identity and the economy, too. 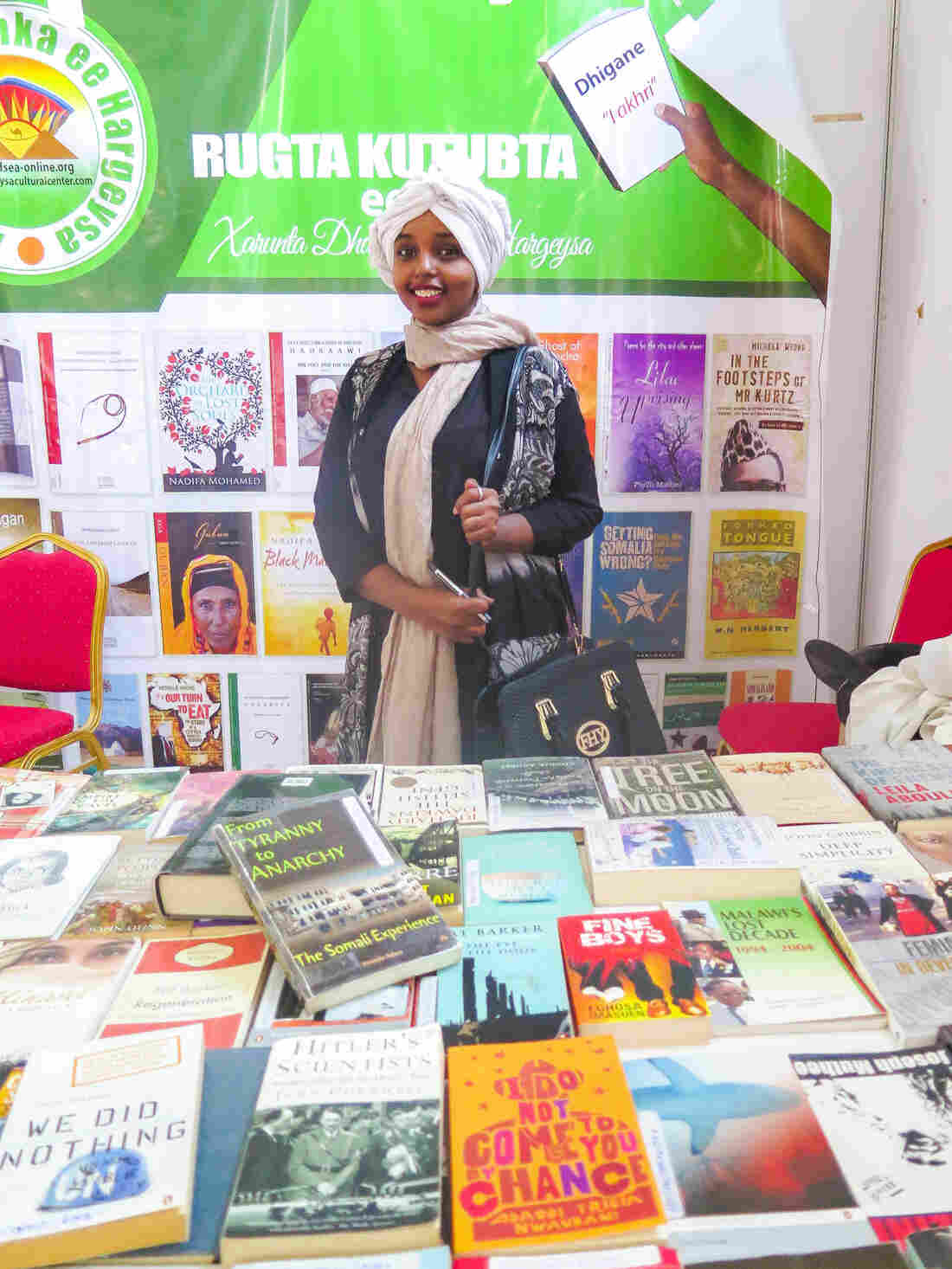 Hamdi Ali Musa saw her first book when she was 10. Now 25, she's one of Hargeisa's only librarians. "A revolution has been happening in publishing books, reading, writing and literature," she says. Gregory Warner/NPR hide caption 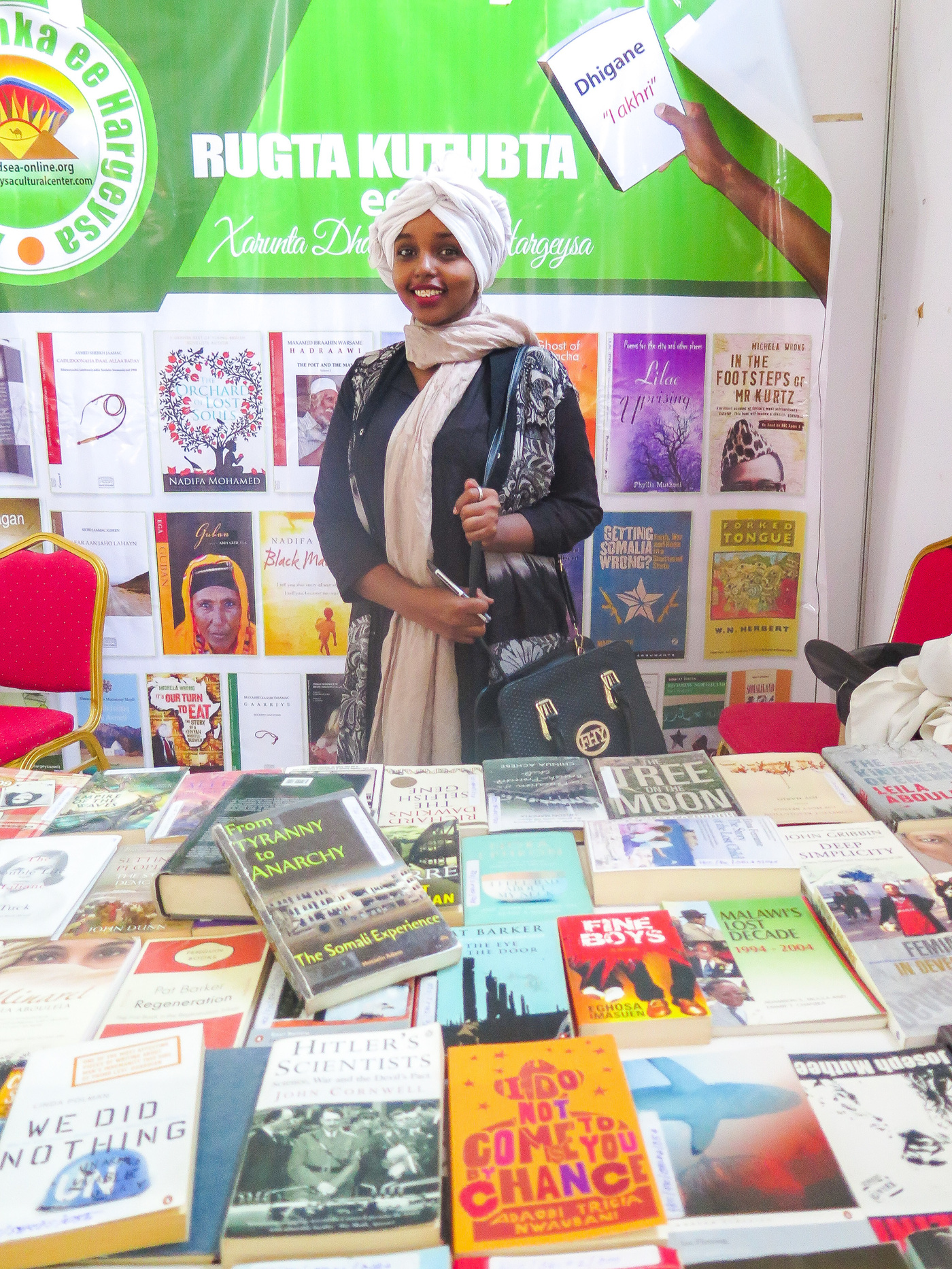 Hamdi Ali Musa saw her first book when she was 10. Now 25, she's one of Hargeisa's only librarians. "A revolution has been happening in publishing books, reading, writing and literature," she says. 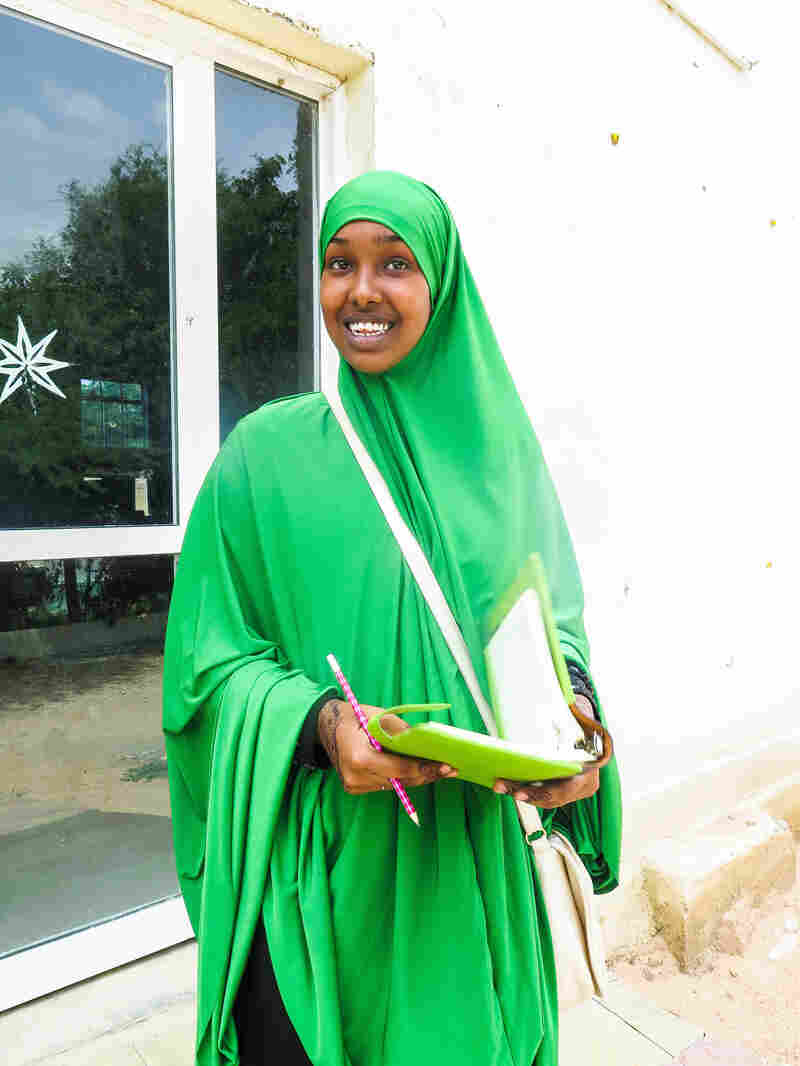 At 16, Roda Hassan was the top scoring girl student in her high school exams in all of Somaliland. Her dream is to finish her trilogy of motivational books for youth — compiling advice learned from her mom and other mentors. Gregory Warner/NPR hide caption 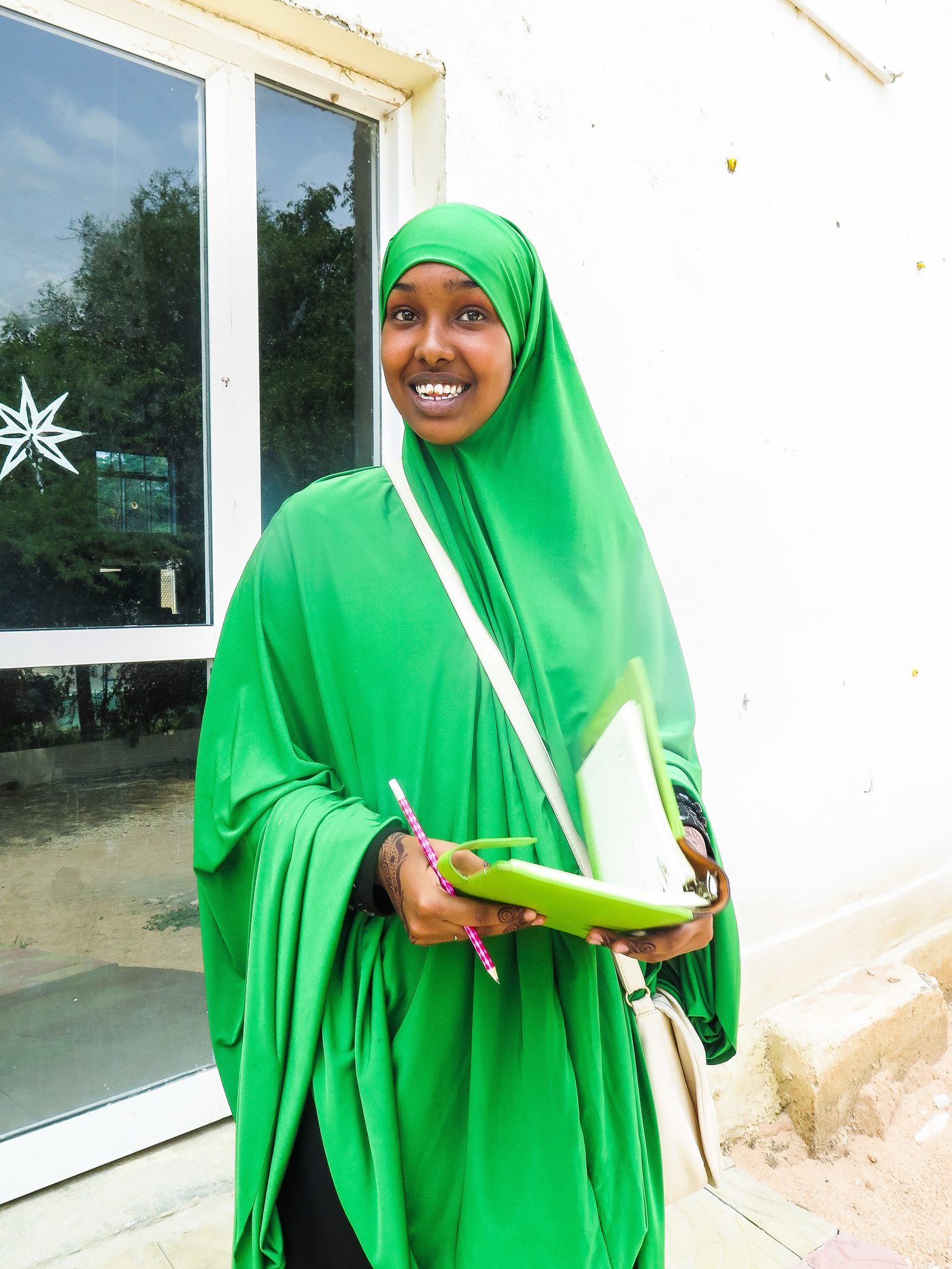 At 16, Roda Hassan was the top scoring girl student in her high school exams in all of Somaliland. Her dream is to finish her trilogy of motivational books for youth — compiling advice learned from her mom and other mentors.

Somaliland doesn't have any embassies around the world. Its passport isn't accepted in any country. It's a republic, population 3.5 million, that broke away from Somalia in 1991, and it's never received official recognition.

But it does have an annual book fair — and the event, held in late July this year, is more than just a gathering for authors, academics and others to discuss their latest work. It's also a way to promote the written language of Somali, which wasn't granted official status until 1972.

For many centuries, the Somali culture was oral, with traditions and history passed down from generation to generation through poems and songs.

"The orality failed," says Jama Musa Jama, a Somali writer and founder of the Hargeisa Cultural Centre, which sponsors the Hargeisa International Book Fair, now in its ninth year. "Written history, written literature ... In Somalia, the written word [is at] a crucial time."

Books are also seen by some as crucial for the economic survival of this breakaway republic.

Somaliland's lack of official recognition means that it hasn't received the World Bank loans and international aid dollars that most developing countries depend on. Contributions from the Somali diaspora make up a third of the republic's roughly $1.5 billion GDP.

But the money flowing in from the diaspora — from places like Minnesota, Toronto and Dubai — is in danger of slowing, as the connection to the homeland fades.

"The diaspora [who've] been helping left this country as refugees," says Hussein Bulhan, a clinical psychologist who left his post at Boston University to return to Hargeisa, the capital of Somaliland, and help rebuild the education system. He says many in that generation fled Somaliland's long failed war of independence against Somalia.

"The younger ones in the diaspora are disconnected from the reality [in Somaliland]," he says. "They were born [abroad]!"

That's where the book fair comes in. The biggest annual event in Somaliland, drawing 11,000 attendees this year, it's an advertisement for a republic that showcases itself as a kind of "anti-Somalia." Whereas Mogadishu, Somalia's capital, is beset by terrorist attacks, Hargeisa is peaceful. You can drink tea in an outdoor cafe until three in the morning because of strong community policing.

The book fair also represents an attempt to encourage Somalis to read and write in the Somali language. Somali is a major language — spoken by 15 million people — but the fair's founders argue that speaking alone can't bind a people scattered around the world as well as literature can.

At times it seems that the fair has been almost too successful at opening the writing tap. In the audience at the book fair, I met 18-year-old Farah Dayaxweer, a college student in Hargeisa who tells me she just finished writing her third book about the role of women in Islam. Her seatmate, 16-year-old Roda Hassan, is already composing the second volume of a motivational trilogy for youth — with advice gleaned mainly from her mom. (I'm guessing it must be good advice — Hassan scored third-best in Somaliland on her high school exams and was the top-scoring girl.) 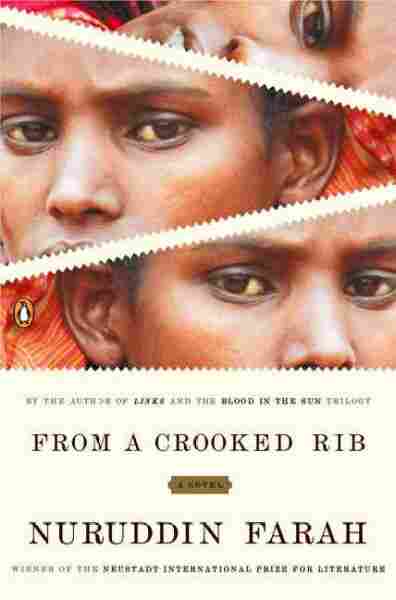 From a Crooked Rib

It's not just the new authors who aspire to be onstage. The prize-winning Somali author Nuruddin Farah, whose books have been translated into 20 languages, was only this year translated into his own, native Somali, thanks to a joint effort by the author and the Hargeisa Cultural Centre.

Feedh Qalloocan, the Somali translation of Farah's novel From a Crooked Rib, was released this summer. The novel is written from the perspective of a Somali teenage girl who flees an arranged marriage. It was published, in English, in 1970, when Somali did not even have an official written language.

Farah, who was born and raised in the area that is now Somaliland, was exiled from Somalia in 1976 by the then-military dictatorship. He didn't return home for two decades, during which time he secured his reputation as the pre-eminent English-language Somali novelist. He now lives in Minnesota and South Africa.

His Somali translator, Abdisalem Hereri, says that the author's international appeal made crafting his Somali version a challenge. "Nuruddin tries to tell the rest of the world about Somali culture, and what he sees as [its] weaknesses," he says. If literature is a glue that can bind a displaced society, it's also a window to peer through to that society's failings. Hereri says that "to translate that back into Somali, for Somalis, wasn't easy."