Accessibility links
A Surprising Theory About The Success Of Usain Bolt And Other Jamaican Sprinters : Goats and Soda How did a modestly-sized, developing country become dominant in sprinting? 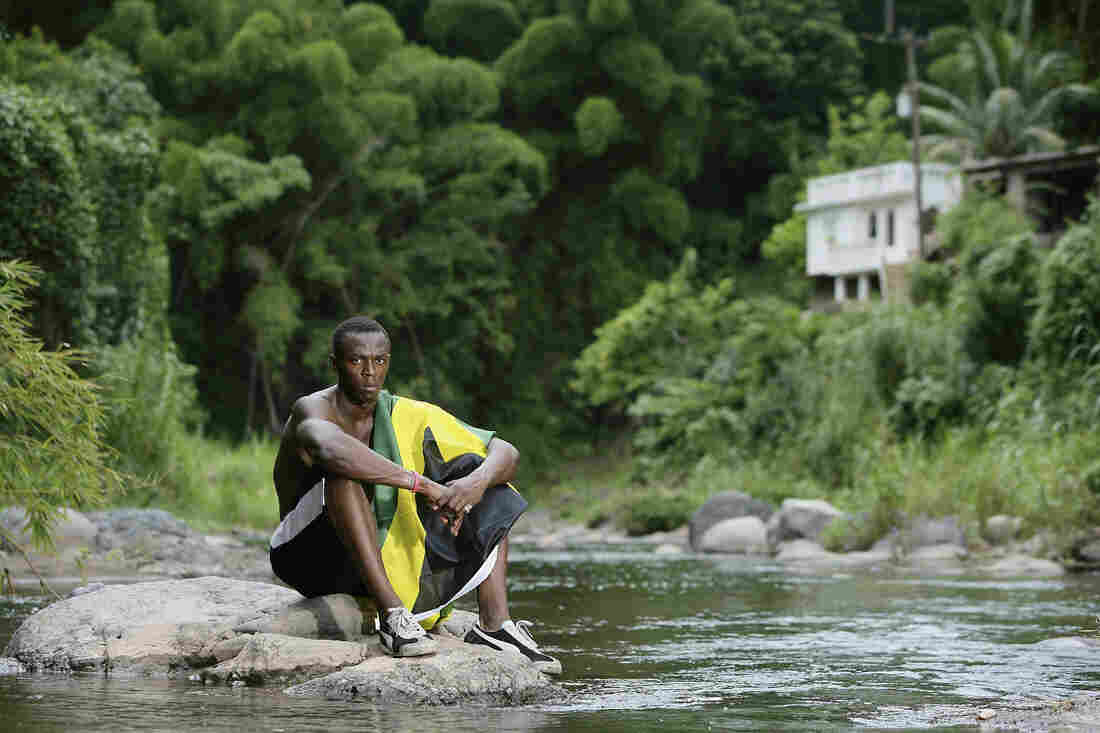 Usain Bolt in 2006 in Kingston, Jamaica. The world's faster sprinter grew up in a remote, rural part of the island. Michael Steele/Getty Images hide caption 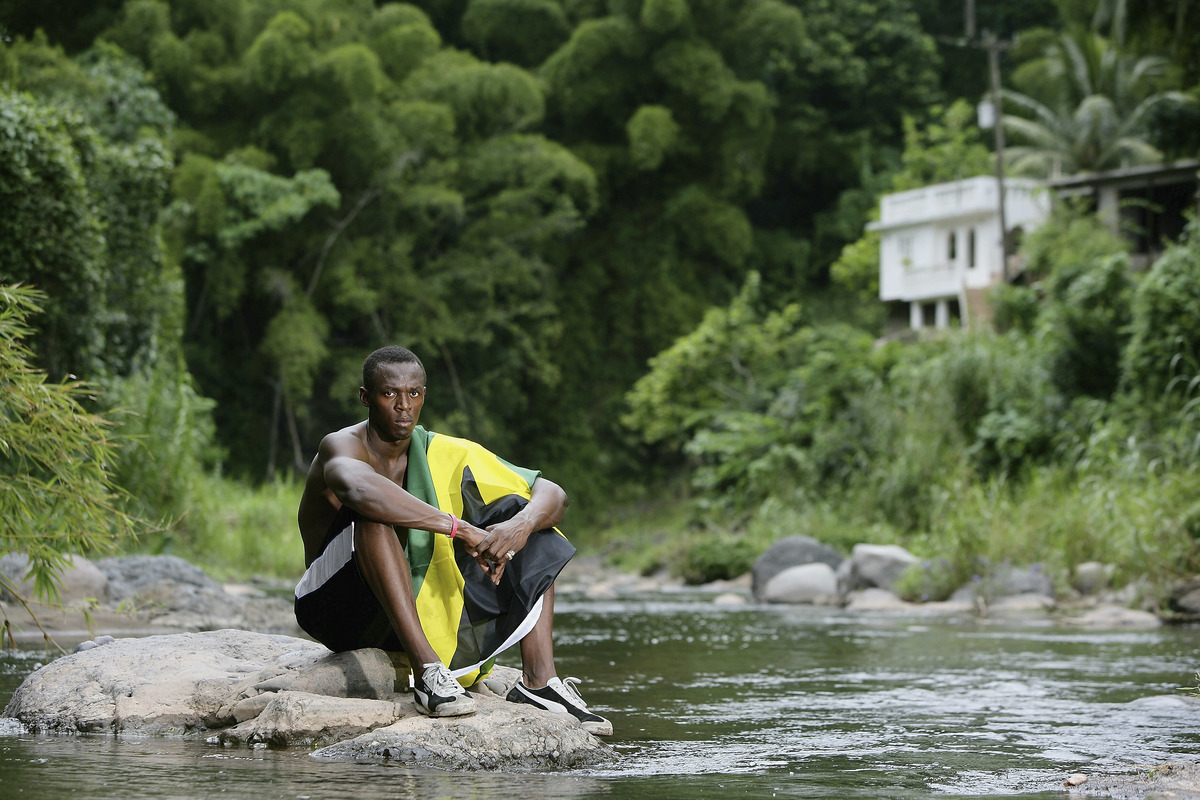 Usain Bolt in 2006 in Kingston, Jamaica. The world's faster sprinter grew up in a remote, rural part of the island.

Barring a banana peel appearing in his lane, the Jamaican sprinter Usain Bolt will likely win a third straight gold medal in the 200 meters today, at the Rio Olympics. Earlier this week, Bolt, who turns 30 at the conclusion of the games, on Sunday, picked up his third gold in the 100 meters, after smiling his way through qualifying heats with characteristic charm and seeming ease. He has dominated the world's marquee sprinting events for the past eight years to such a degree that there's now a social media debate about who is the most famous Jamaican of all-time: Bolt or reggae legend Bob Marley. (NBC announcer Bob Costas, who is not from Jamaica, believes it's Bolt.)

Usain Bolt is not the only exceptional sprinter from his island country of 2.7 million people, which has thus far won six medals at Rio, all in track and field. Elaine Thompson took gold in the women's 100 and 200 meters, while Omar McLeod did so in the men's 110-meter hurdles. Though he placed fourth in this year's 100-meter race — the distance that confers "fastest" status — the second fastest man of all time is Bolt's Jamaican pal, Yohan Blake (tied with America's Tyson Gay), while the third, Asafa Powell, is also from the island. 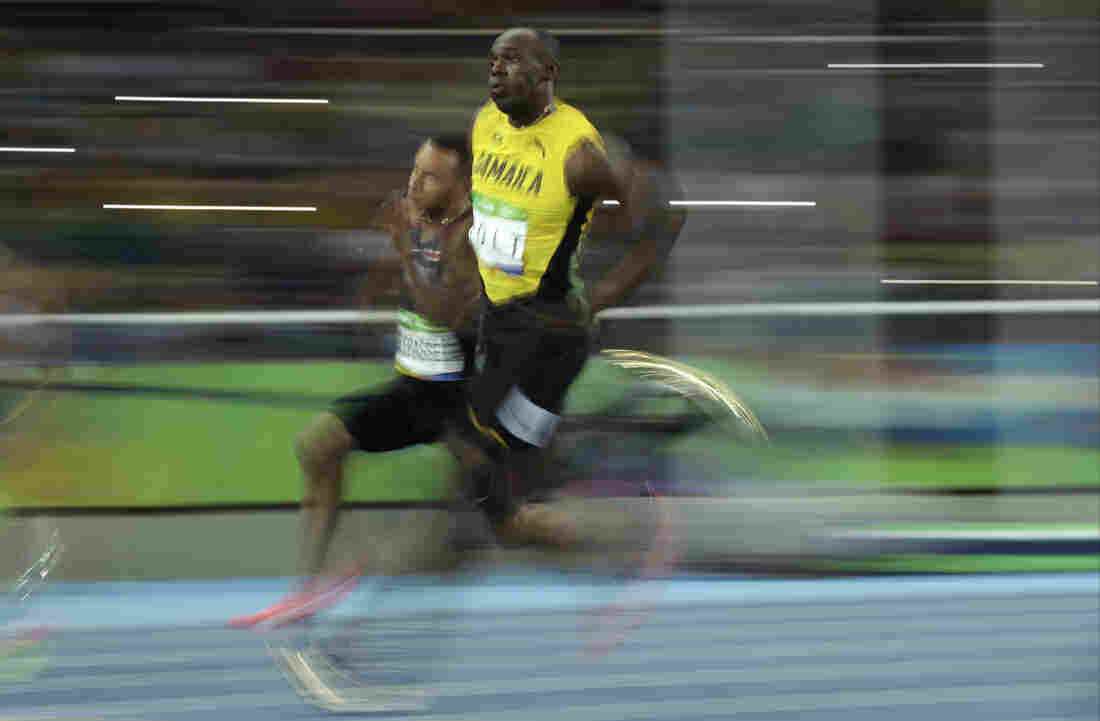 Theories attempting to explain the modestly-sized, developing country's dominance in sprinting have leaned, at times, on the local prevalence of a so-called "speed gene," the stimulating effect of eating yams with regularity, and even the country's aluminum-rich soil (which, when absorbed through a pregnant woman's diet, might help the development of "fast-twitch muscle fibers" used in sprinting). None of these theories have been proven. Doping has also been suggested, particularly as top athletes fail tests.

Another theory, touched on in Harvard sociology professor Orlando Patterson's New York Times op-ed column this past Sunday, "The Secret of Jamaica's Runners," gives a great deal of credit to public health initiatives that have succeeded in the country over the past century. 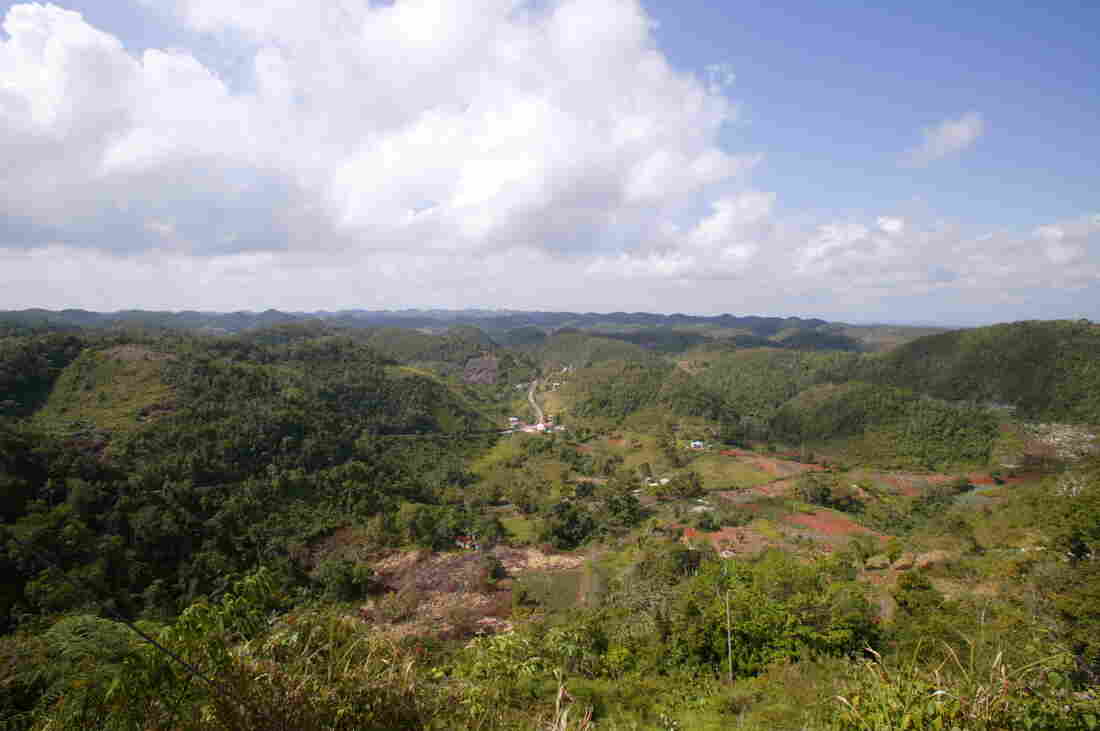 The Blue Mountains of Jamaica are the longest mountain range, running about 30 miles, on this island of 2.7 million people. Digital Light Source/via Getty Images hide caption

In the 1920s, progress was underway in the developed world in the fight against malaria, tuberculosis and various gastrointestinal diseases, using expensive methods like sanitariums and relatively elaborate (for the time period) waste disposal systems. 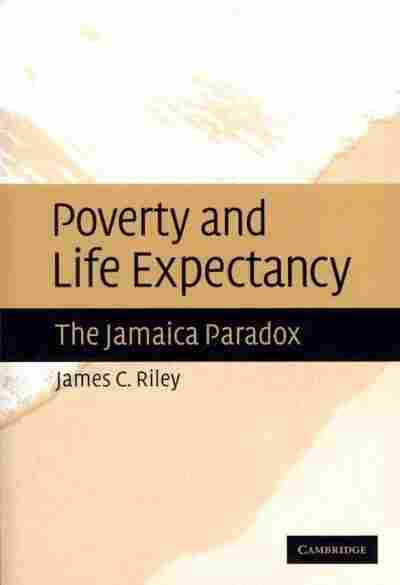 "Jamaicans couldn't afford any of that," says James C. Riley, a recently retired Indiana University professor of history, who specializes in public health and morbidity. He authored a book called Poverty and Life Expectancy: The Jamaica Paradox, which explains how the relatively poor country achieved surprisingly high life expectancies in the 20th century. "It would be a long time before their houses would be outfitted with running water," Riley says, "much less toilets that were hooked up to sewage systems."

In the '20s, Riley explains, the Rockefeller Foundation sent a representative named Benjamin Washburn to Jamaica to replicate a strategy being attempted in several other developing countries: using emerging public health information to improve health and life expectancies. "He was better than most of the physicians the foundation sent out," says Riley. "He could work with British colonial authorities and he could and did work with Jamaicans very well."

Starting in the countryside, Washburn moved toward cities, like Kingston, sharing best practices for mosquito control (nets and limited standing water) and gastrointestinal disease control (building outhouses and limiting contact with human waste). He advocated controlling tuberculosis, a leading cause of death, by isolating the active case at home rather than sending patients to sanitariums or on isolated ocean voyages. That strategy was more affordable for Jamaicans — and thus more effective.

"Jamaican teachers," says Riley, "were happy to use the materials that public health officials provided. Jamaicans were happy to be employed as public health workers in communities and they saw the utility of the information that was being purveyed and they grabbed it and used it. That's what made it work. Not that Washburn talked to a million people across the country; he just provided the product people implemented."

By the middle 1930s, Riley says, "you had a more healthy population — lowered infant mortality rates as well as lowered incidence of diarrheal disease, and higher life expectancy rates." Subsequent generations of school children no longer suffered from repeated bouts of diarrheal disease, malaria or tuberculosis. Life expectancy soared from 36 at birth in 1920 to 70 years in 1977, nine years before Usain Bolt was born in a small town.

"So," Riley concludes, "these public health reforms, delivered through the schools, improved the overall health of the population and Jamaicans took advantage in their own ways, like sports."

As Patterson writes in his Times editorial, "Running, as the cheapest sport, was the natural beneficiary of this [public health] movement. As a child, Usain Bolt received his initial training at a remote, poorly equipped rural grade school." Without the public health practices already entrenched in rural Jamaican schools by that point, in the 1980s and '90s, we very well might not have the pleasure of witnessing Bolt push the limits of human speed past 27 miles-per-hour. That's a good thing, unless you're Justin Gatlin.