Accessibility links
India's First Medalist At The Rio Olympics Is A Woman Wrestler From A Patriarchal State : Goats and Soda Sakshi Malik — a 23-year-old woman from a patriarchal state — wrestled her way to a bronze medal. 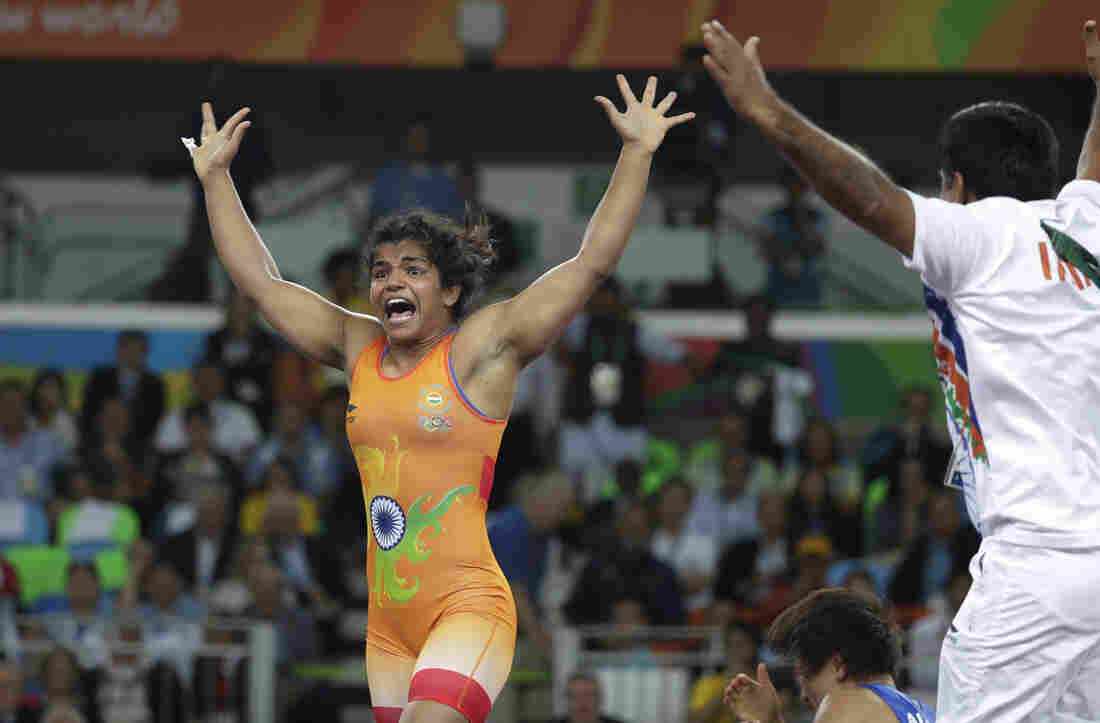 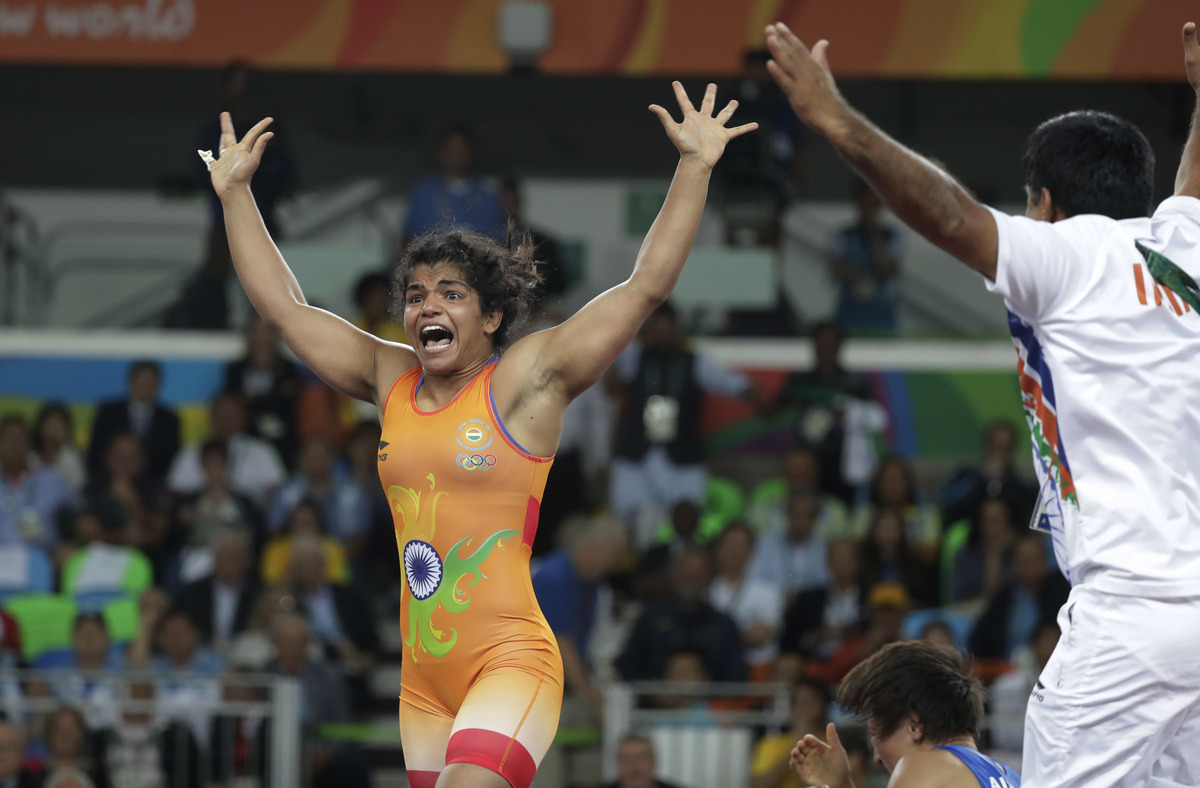 On Wednesday night, India didn't stay up late to watch the Olympics. Its team hadn't won any medals yet. And the sports where there was a chance of medaling — like field hockey and rifle shooting — didn't result in any trips to the podium.

So this morning, the nation could barely believe that 23-year-old Sakshi Malik won bronze in the women's freestyle wrestling competition in the 58 kg (128 pound) category.

Until the news broke, not many people had heard of Malik. The hottest topic of discussion during the Rio Games thus far has been about how the officials who've accompanied India's athletes got free trips to Brazil through apparent nepotism and seem more interested in posting selfies and living it up than advancing sports.

By 9 a.m. Malik's name was trending on Twitter and remained the top hashtag in India for the next 11 hours. Everyone wanted to know more about this wunderkind who had seemingly blossomed overnight.

Of course, that isn't the case. Malik has been wrestling since she was 12. In 2010 she won a bronze in the Junior World Championship and silver in the 2014 Commonwealth Games in Glasgow. She made it to Rio after favorite Geeta Phogat failed to qualify.

A few diehards were awake and watching as it happened. Fellow wrestler Ritu Phogat tweeted at 2:59 a.m. Indian Standard Time.

Malik isn't the only instant star. The reaction that people just couldn't get enough of on Twitter, Facebook and Whatsapp wasn't the wrestler's moment of joy. It was her mother's happiness as she watched her daughter's victory on TV.

Meanwhile, Indians online and off debated the ironies of this first medal in the 2016 Games. Malik hails from Haryana, a state ranked 30 out of 35 for its sex ratio; there are only 879 women per 1,000 men. According to UNICEF and other organizations, the disparity is attributed to the aborting of female fetuses and the killing of female infants. There's even a bridegroom crisis: Wives are in short supply and are often brought (sometimes illegally) from other states.

The state has a reputation for being notoriously patriarchal. Wrestling and boxing, popular sports in Haryana, are dominated by men. Malik has gone on record to say her family is supportive, but she says she was ridiculed and insulted in the community for taking part in a sport seen as a man's endeavor and for wearing shorts. 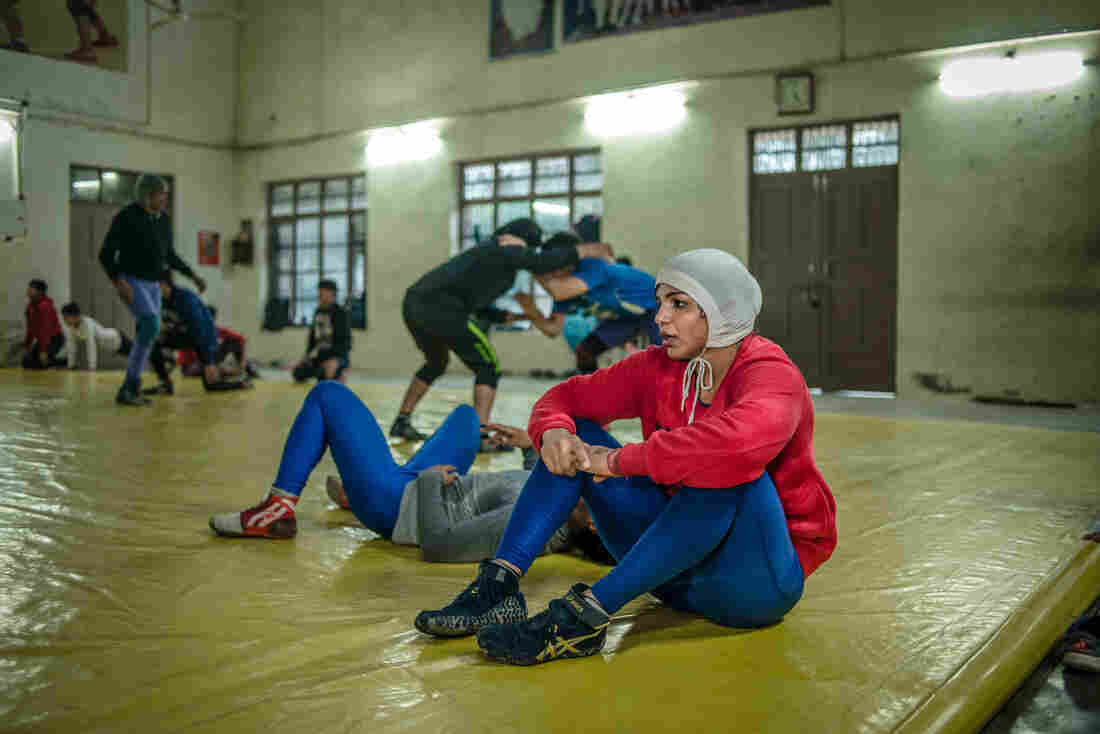 Sakshi Malik takes a break in the gym where she trains. Poulomi Basu/VII Photo for NPR hide caption 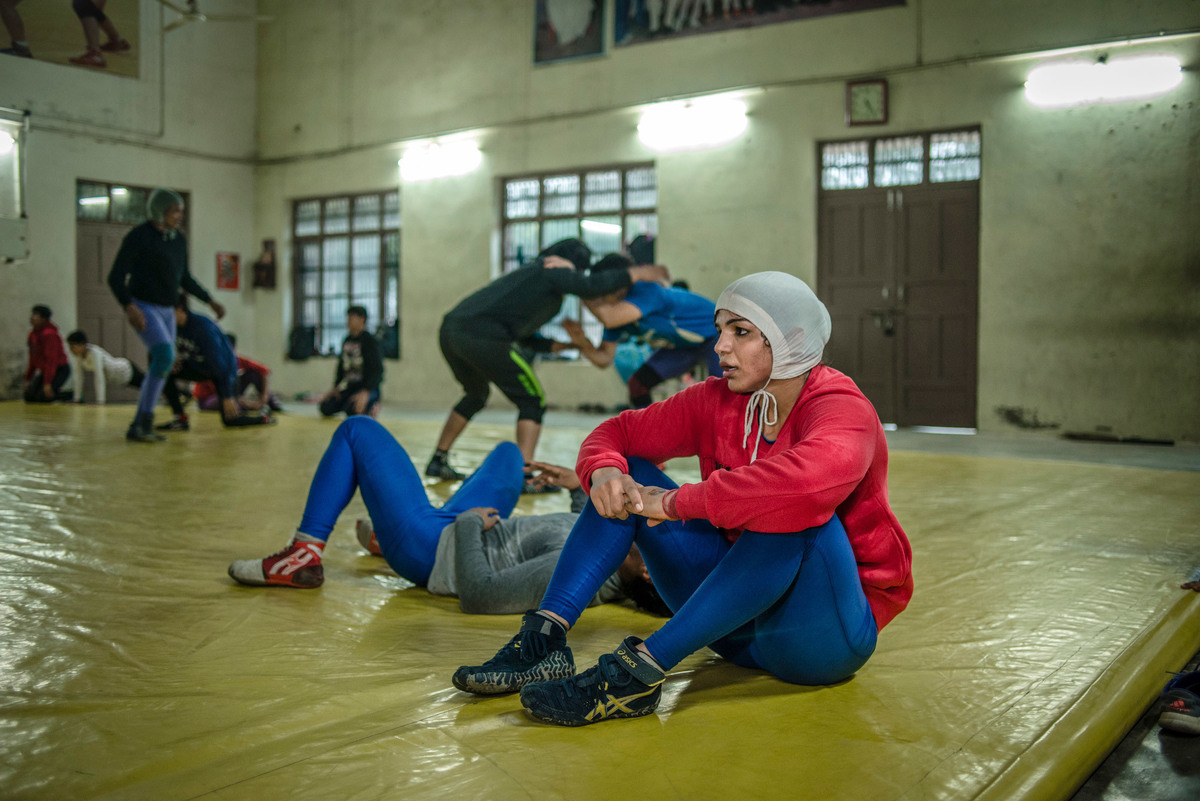 Sakshi Malik takes a break in the gym where she trains.

So it's ironic that Malik and other women on India's team are suddenly in the limelight, with the weight of the country's Olympic dreams pinned to them: Nobody foresaw gymnast Dipa Karmakar emerging as No. 4 in the world in the vault (Simone Biles edged her out of medal contention) or P.V. Sindhu making it to the women's badminton semifinals.

Eighteen months ago, India's prime minister launched a campaign to up the skewed sex ratio in India with the slogan: beti bachao, beti padhao — raise a girl, educate a girl. Today, the catch phrase has been co-opted with pride: beti bachao, medal pao: raise a girl, win a medal.

In a previous version of this post, the name of India's badminton player was mistakenly given as N.V. Sidhu. The name is P.V. Sindhu. Simone Biles' name was misspelled as Giles.