Accessibility links
Zika At The Olympics: How Many Cases Were There? : Goats and Soda Before the games, computer scientists weren't worried about the spread of Zika. But some public health experts were. What does the data show? 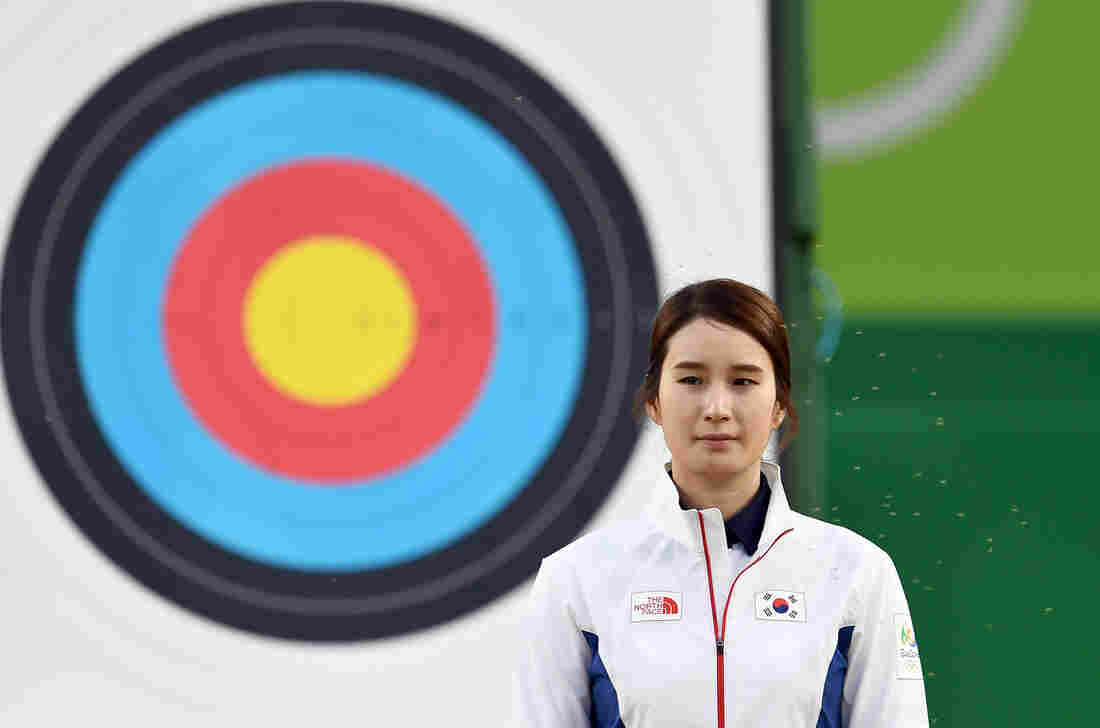 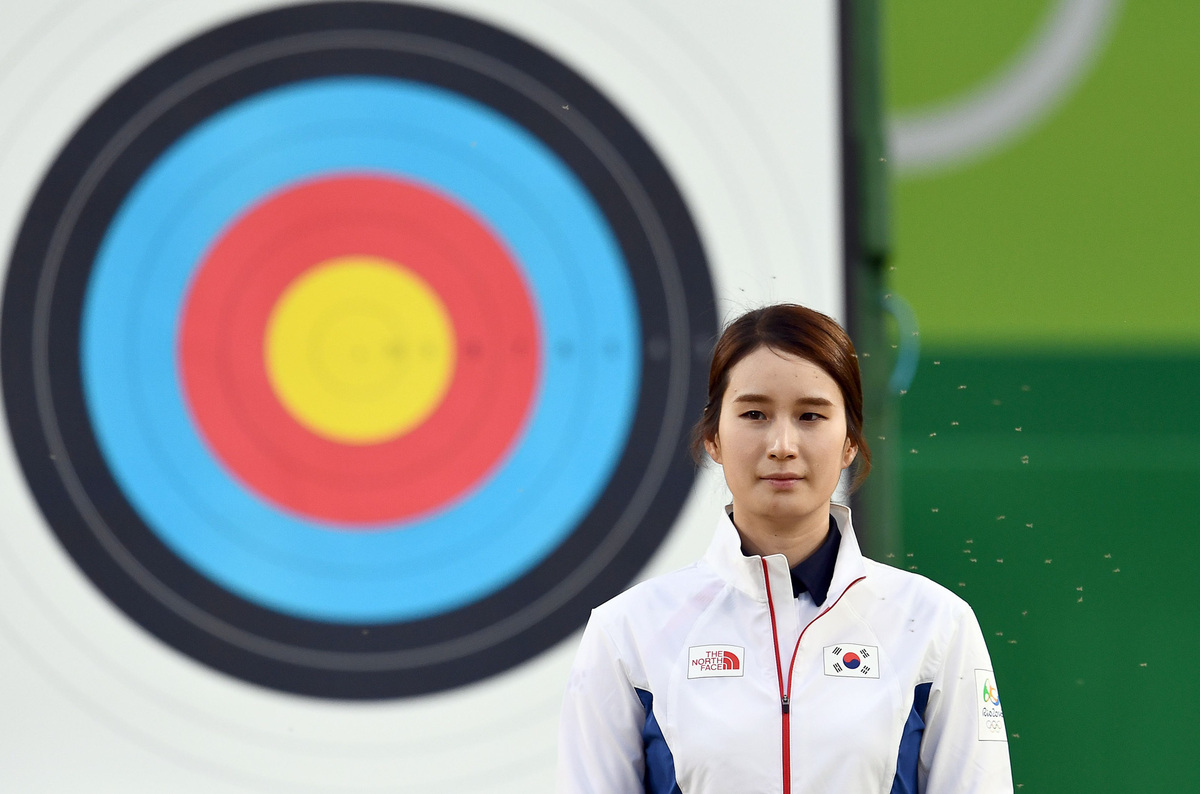 Mosquitoes hover around South Korea's bronze medalist Ki Bo Bae during the medal ceremony for archery, held on Aug. 11 at the Rio Games.

"There have so far been no laboratory confirmed cases of Zika virus in spectators, athletes or anyone associated with the Olympics," the World Health Organization said Thursday on its website.

Now, no cases doesn't mean no one caught Zika at the Summer Games. About 80 percent of people who get infected don't know it. They don't have any symptoms. And those who do get sick often have only mild symptoms. So the vast majority of cases go unreported.

But so far, it's looking like predictions from computer models were pretty much spot on: Zika wasn't a big threat in Rio de Janeiro during the Olympics.

Back in the spring, several disease modelers built models for how Zika is spreading in Latin America. They predicted there would be — at most — 16 cases at the games. And the chance a fan or athlete would bring Zika home with them after the games was very low.

But other researchers still thought the risk was too high to keep the games in Rio. In May, more than 200 scientists, many bioethicists, signed a letter to WHO, calling for the games to be moved.

One of the lead authors on that letter was Amir Attaran, a professor in the School of Public Health and the School of Law at the University of Ottawa.

He says it's way too early to draw any conclusions about Zika and the Olympics.

"The Olympics aren't even over!" Attaran said in an email to NPR. "WHO has forgotten the Paralympic Games next month," which start Sept. 7 in Rio.

Zika can stay in a man's semen for months, the Centers for Disease Control and Prevention says, even if the man didn't show any Zika symptoms. Women can also pass the virus to men through sex, a recent study found.

"We don't know who is spreading Zika via sex that they acquired at the Olympics," Caplan says. "We will need to monitor [the situation] for impact for many many months — not who got bitten over two weeks!"

WHO says it's doing just that.

"The situation is being closely monitored; a few cases may still occur," the agency said, "especially given the approximately one-week incubation period of the virus."