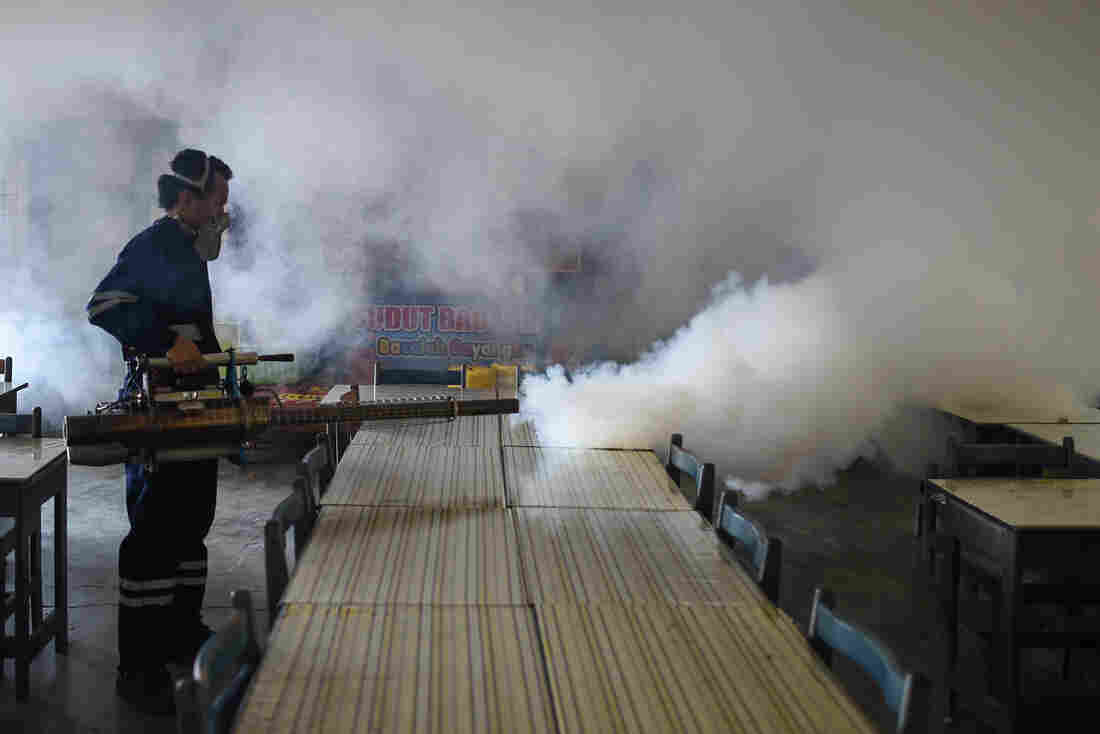 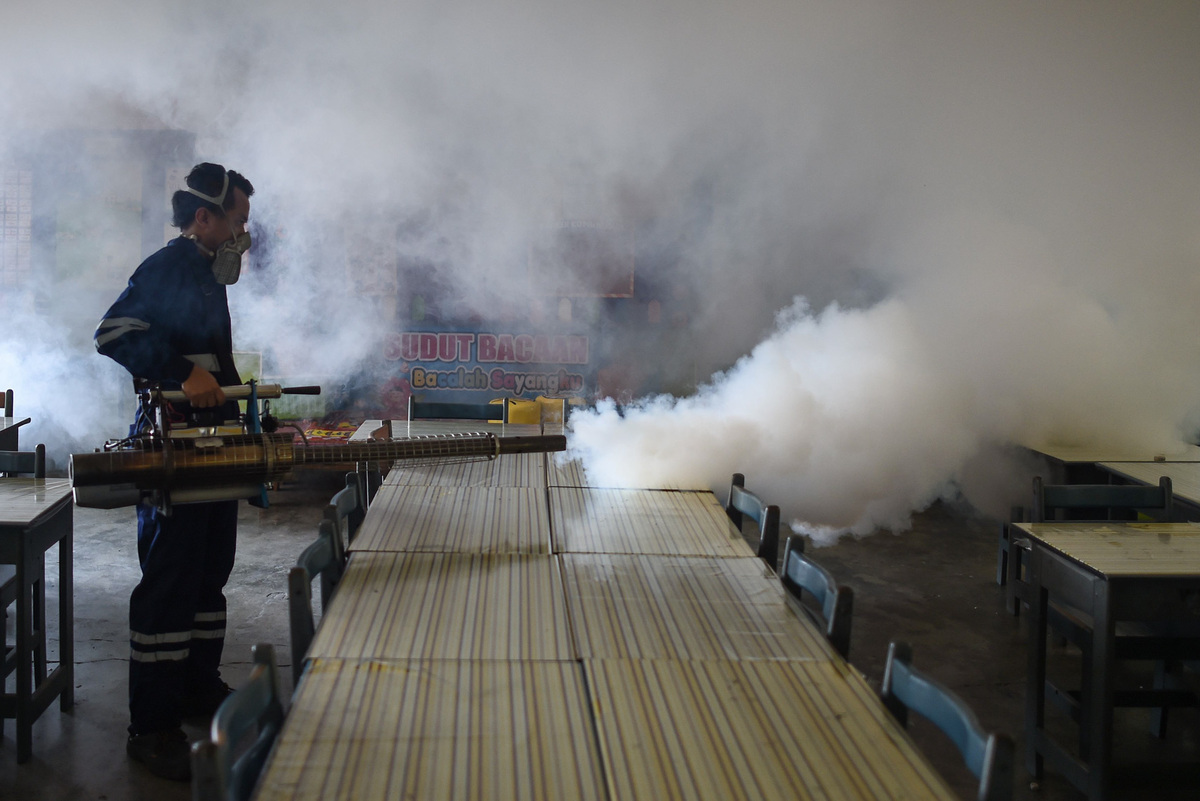 A ticking time bomb. That's what some health officials say the Zika virus is in Southeast Asia.

In the past two weeks, an outbreak in Singapore has climbed from a few dozen cases to nearly 300. "They're starting to have a situation in Singapore, which is really quite worrying," Dr. Anthony Fauci from the National Institute of Allergy and Infectious Diseases said at a recent meeting on Zika at Georgetown University Law Center.

And it's true. Southeast Asia has all the right ingredients for a massive Zika outbreak.

Why The Low Zika Numbers In Haiti Might Be Wrong

It's home to more than 600 million people. Many are packed into densely populated cities, which often lack mosquito control. And just like Latin America, Southeast Asia has the perfect climate for the mosquitoes that transmit Zika — hot and moist.

"When you go outside in Malaysia, you get bitten everywhere. It's not like in the U.S. Mosquitoes are everywhere!" says Jamal Sam, a virologist at the University of Malaya in Kuala Lumpur.

But there's something hiding in Southeast Asia that may protect the continent's people from Zika. It's in their backyards, their flower pots and birdbaths. And this secret weapon is the exact opposite of what you might expect.

Scientists first detected the virus in the region in the 1960s. Over the next 50 years, multiple studies found sporadic cases across a massive swath of land — in Thailand, Cambodia, Indonesia and Malaysia.

Those studies suggest Zika has been lurking in Asian mosquitoes and possibly infecting people silently, for decades — maybe longer. And that means people in the region may already be immune to Zika.

It's almost like the people are vaccinated, Sam says. "Because once you get Zika, you probably can't get it again, probably. We don't know for sure, but that's probably true."

"It's possible," Sam says. "But it depends on how much immunity we have [in the population]. And those studies haven't really been done."

Decades ago, a few studies suggested up to 30 percent of Malaysians may have immunity to Zika. But, Sam says, no one really knows about other parts of Southeast Asia. And even that Malaysian percentage is a bit dubious.

"Those studies are old," he says. And the tests used back then — and even now — aren't good at differentiating Zika antibodies from those of similar viruses, such as dengue. "So you get a lot of false positives," Sam says.

Of course, Southeast Asia has changed over the past decade in ways that could make Zika outbreaks worse. Many countries have gone through massive development, with cities growing both up and out. Mosquitoes that carry Zika thrive in urban environments.

And the Zika virus itself has also changed over time. Viruses with RNA genes, such as Zika, are known to mutate quickly. Some scientists have worried that Zika has turned into a more dangerous form that causes birth defects

But recent studies suggest that doesn't seem to be the case, says Jasper Chan, a microbiologist at the University of Hong Kong.

"We think the Zika virus hasn't mutated that much over the years," Chan says. "We don't see very significant changes, at least, not in the key genes."

So, he says, the version of Zika in Asia will probably act similarly in people as the one in Latin America. "Microcephaly, Guillan-Barre and all the other concerns about Zika are still a threat to people in this region" — unless those people have already been infected with Zika.

So in the end, it's really a mystery about how much of a problem Zika will be in Southeast Asia. "The virus could spread explosively or not," Chan says. "We'll have to wait and see how the story unfolds."