Accessibility links
Peace Corps Volunteer Shows Women Are As Fit As Men With 8.3 Mile Swim In Kyrgyzstan's Largest Lake : Goats and Soda She wanted to promote exercise — and challenge the belief that women aren't as physically capable as men. So she jumped into a chilly, choppy lake.

Peace Corps Volunteer Is As Strong As Legendary Horse Of Kyrgyzstan

Peace Corps Volunteer Is As Strong As Legendary Horse Of Kyrgyzstan 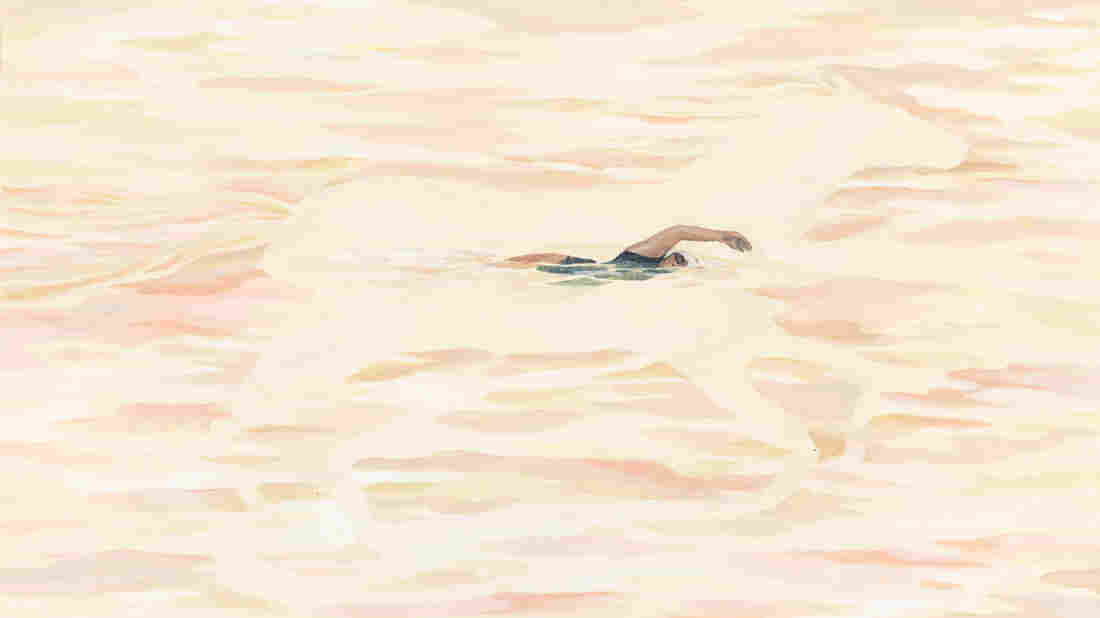 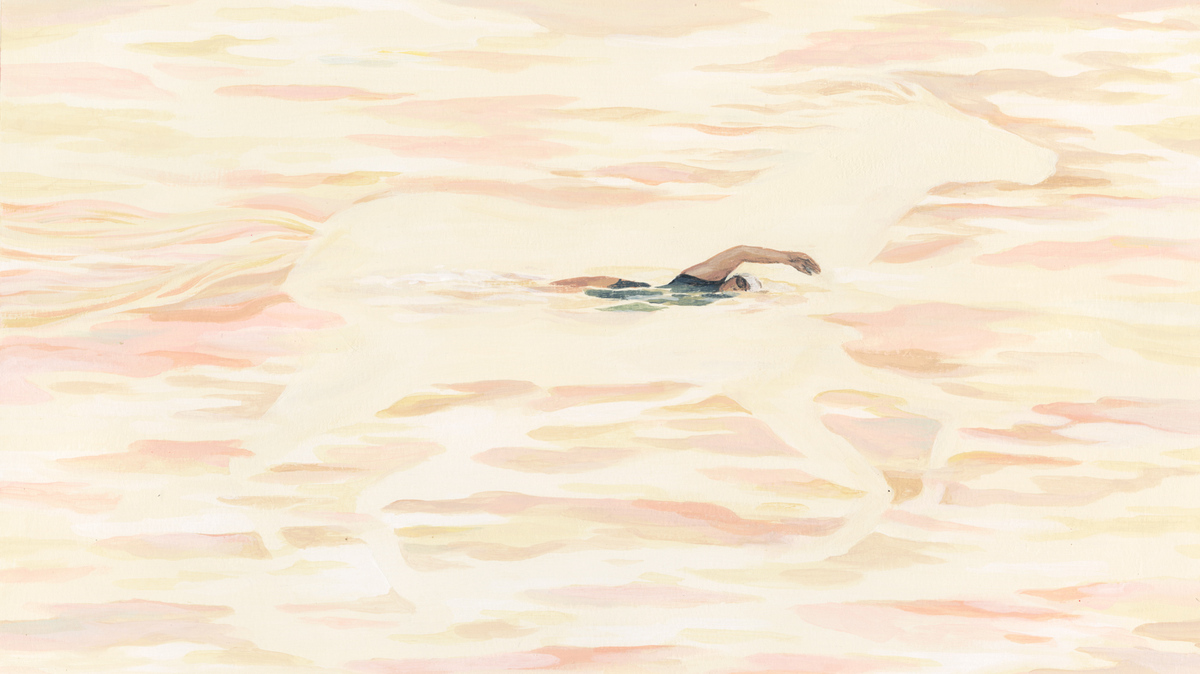 Just after dawn one morning last month, Peace Corps volunteer Sarah D'Antoni stood on the banks of Lake Issyk Kul, raised her arms in the air and then jumped into the chilly water.

The wind was whipping. The waves were pounding. There was lightning off in the distance. But a little bad weather wasn't going to stop the 24-year-old from swimming the 8.3 miles — to the opposite side of Kyrgyzstan's largest lake. Four hours and 43 minutes later, she arrived with a message she wanted to share.

"Goals might seem impossible, but you can accomplish them," says D'Antoni, who undertook the athletic feat to inspire nearby villagers to pursue healthier, more active lifestyles. 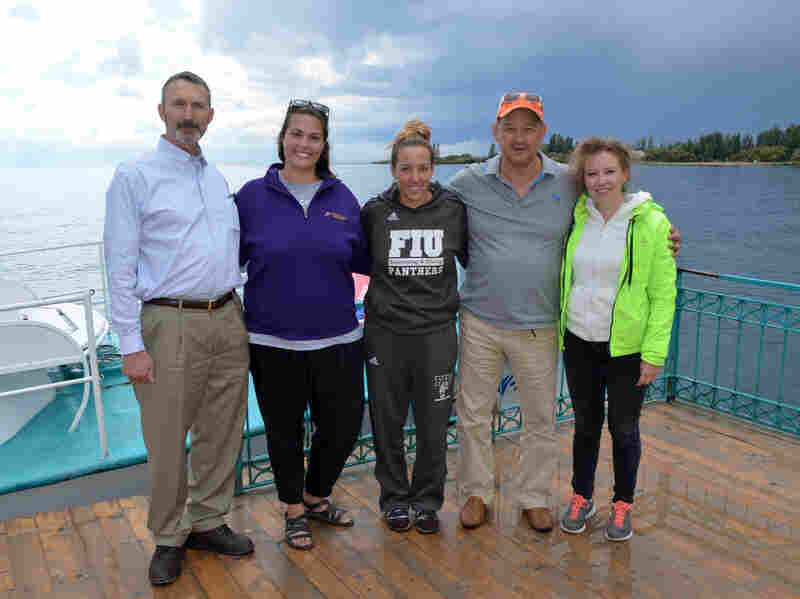 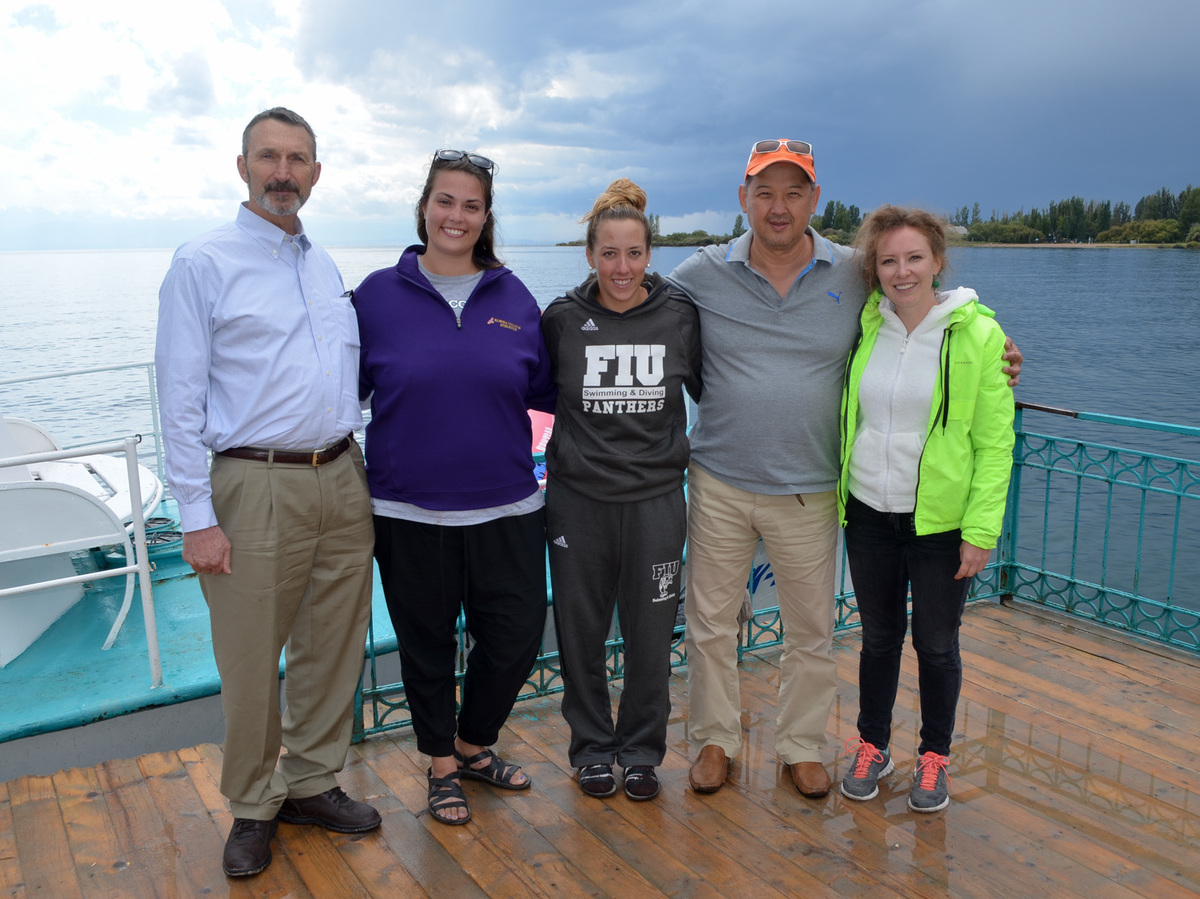 Heart disease and high blood pressure are common problems in the community, she explains. That's partly due to the nomadic-influenced diet, which relies heavily on fat and starches. (When she teaches nutrition classes, she emphasizes eating more green vegetables.) And D'Antoni notes that there's a lack of organized exercise, particularly for adults.

With the swim she also saw an opportunity to challenge the belief — both in Kyrgyzstan and beyond — that women are not as physically capable as men.

On that score, D'Antoni already knows she's changed one mind: A crew member on the boat that took her to the starting point saw the choppy conditions and told her, "You are like a boy." What he meant, D'Antoni says, is that "only a man would do this, have enough courage."

It's a sentiment she thought about whenever doubts surfaced during the swim.

"I wasn't doing it for myself. It was for all of the people who had been told they couldn't do something," D'Antoni says. "If I were to stop, it would be tied to my gender. I couldn't not finish."

Her successful lake crossing was the culmination of a year of preparation. The former collegiate swimmer from New Jersey applied for the Peace Corps with dreams of helping others, experiencing a new culture, learning more about herself — and living by a beach. But instead of getting placed in Thailand, she was offered Kyrgyzstan.

"It's a landlocked country. I was a little discouraged," D'Antoni says. But as soon as she looked at a map and spotted Lake Issyk Kul, which is 113 miles long (and up to 37 miles wide), she perked up at the possibilities. It's the second largest alpine lake in the world.

D'Antoni arrived in Kyrgyzstan in April of 2015, and after three months of training in the capital of Bishkek, she began teaching English at her permanent site, a village just a 15-minute drive from the lake. She became focused on finding a way to incorporate the location into her lessons.

Despite the fact that many locals can't swim, the lake is a popular summer destination, D'Antoni explains. Families treat it like a beach — "They pick up a watermelon and spend the day there," she says. And they've developed many myths about its waters, which supposedly have healing powers. One story is that a horse once swam all the way from the south shore to the north shore. His name, Toru-Aigyr, translates as "strong horse," D'Antoni says, and it's a term now common among Kyrgyz people. "If you are strong," she explains, "you are like this horse."

Last September, U.S. embassy employee Mike Tyson attempted to be the first person to follow Toru-Aigyr's path across the lake. He didn't make it. But he planned to try again this year, and D'Antoni decided she would do it, too.

Simply training proved to be a challenge. Most of the year, the lake is too cold to swim in, and the closest pools are in Bishkek, a five-hour drive from her village. So over the fall and winter, D'Antoni devised a different way to build strength and stamina: "I turned on my electrical heater full blast and did yoga."

When spring arrived, she could finally dive in, so D'Antoni got into a new routine of swimming out for 30 minutes and then heading back. Her host mother was terrified for her safety, but D'Antoni reassured her that she really did know how to swim.

D'Antoni's confidence also persuaded the Peace Corps to give her the green light for the idea — once she'd agreed to have doctors on land and in the boat that would be trailing her. (Although volunteers have run ultramarathons and cycled long distances, she would be the first to undertake a major swim.)

When Tyson went for his second attempt in July, D'Antoni tagged along for part of the way as a support swimmer. This time, he made it.

One month later it was D'Antoni's turn. Her mother and step-dad, who had come from the U.S. and helped her fund the $400 swim, were on the boat as observers, but she was in the water all alone. It was colder and rougher than expected. To help keep her going, every 20 minutes, her mom tossed out a bottle on a rope so she could sip some Gatorade. She wasn't headed toward a cheering crowd: No one was waiting on the shore because she didn't know what time she would get there.

When D'Antoni finally arrived at lunchtime, she was hunched over and shivering. But she was also victorious. She had beaten Tyson's time by more than an hour.

So what comes next? There probably won't be another lake crossing soon, but D'Antoni has plans to start a yoga club. "I hope to talk about pushing yourself," she says. "Every day, go further."