Accessibility links
Child Brides Learn To Take Portraits Of Each Other — And Gain Insights Into Their Lives : Goats and Soda Stephanie Sinclair has been taking photos of child brides for nearly 15 years. Now, she's teaching girls rescued from early marriage how to photograph each other. 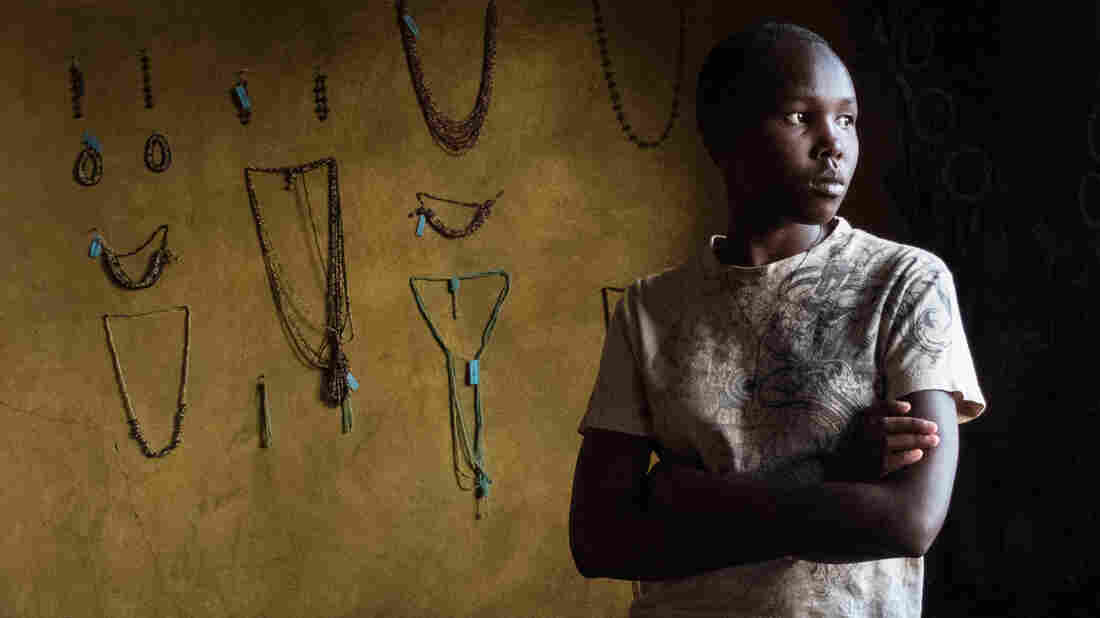 Eunice, pictured above, is one of the workshop participants: "Today I learned a girl can do anything — that a boy and girl are equal, no one is more special, and I am happy about it. I am happy that the new things I learned today [are] to be confident and be powerful." Mercy/Too Young To Wed/Samburu Girls Foundation hide caption

For 15 years, Stephanie Sinclair has taken photos of child brides around the world — from Tahani in Yemen, married at age 6, to 14-year-old Niruta in Nepal, and many more. In 2012, she started the nonprofit Too Young To Wed to raise awareness of their plight.

Now she's given some young women a chance to take their own pictures — a kind of art therapy that she hopes will "help girls deal with their trauma."

In January, Sinclair and her team decided to turn the cameras over to a group of 10 girls in Kenya. They partnered with the Samburu Girls Foundation, which rescues girls from child marriage and female genital mutilation, to organize a weeklong photography workshop. Most of the 11- to 14-year-olds who participated had never held a camera before. 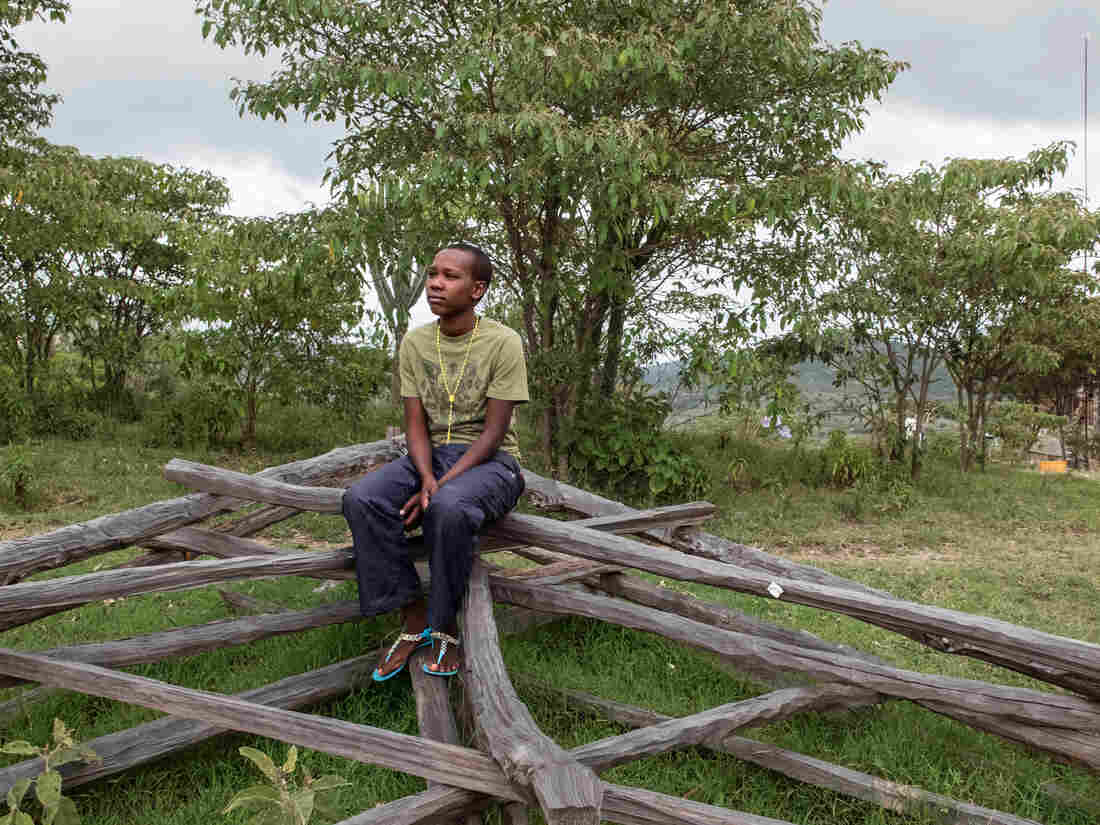 Nashaki: "Today we shared our stories with each other. It is important. My friend cried when she shared her story, but I know it also made her happy. It will not be forgotten. I love her." Jane/Too Young To Wed/Samburu Girls Foundation hide caption

Sinclair and three volunteer photographers taught the girls basic digital photography skills so they could take portraits of each other. They also provided leadership training to help the girls "harness their inner strength and raise their voices confidently," says Sinclair.

"Today I learned a girl can do anything," says Eunice, a 14-year-old participant. "I learned how to take someone's photo by using the light from the window. I learned I am creative and can learn fast."

We spoke to Sinclair about the workshop and its impact on the girls. The interview has been edited for length and clarity. 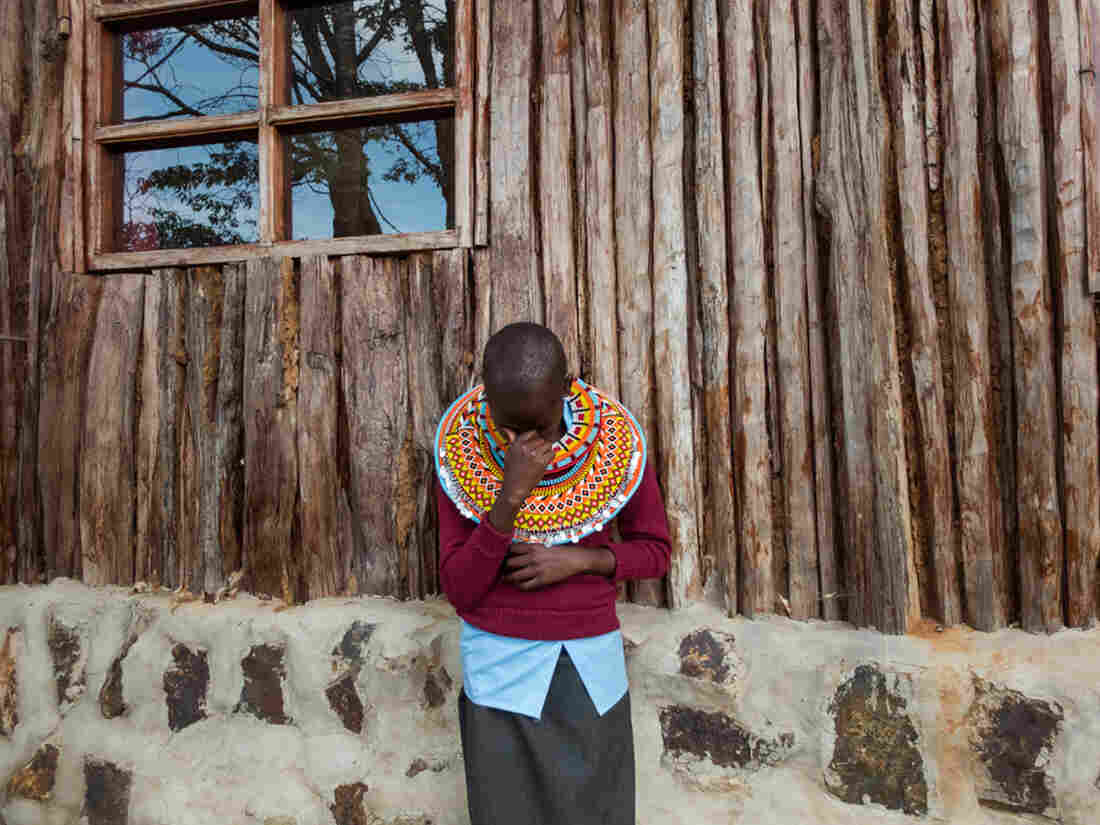 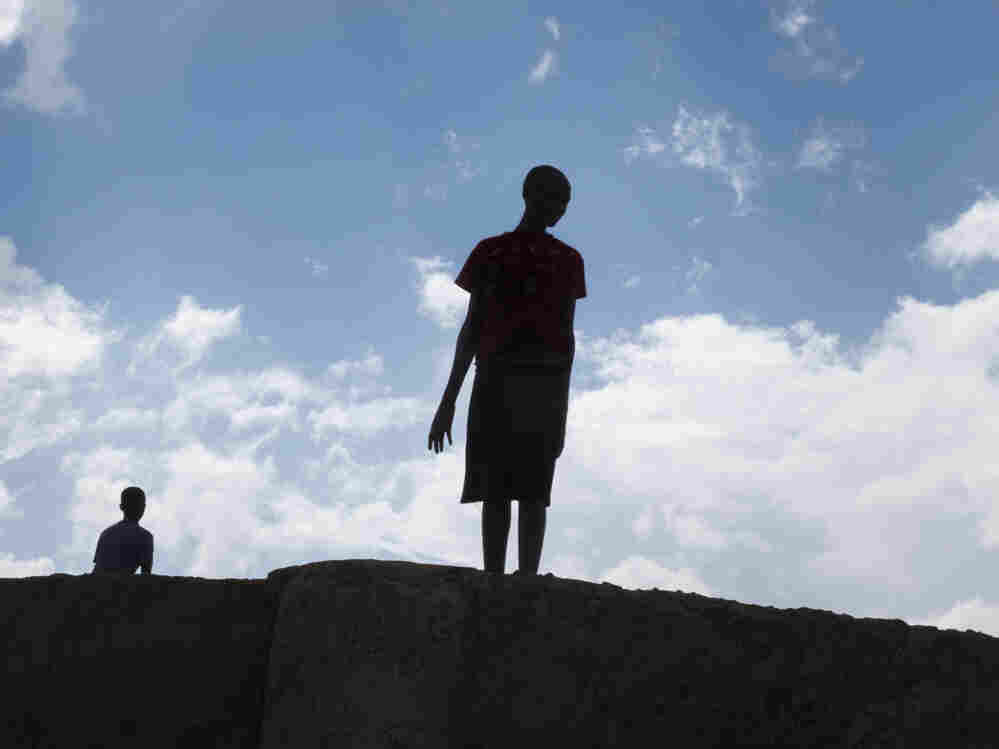 Mary: "I have learned so many things for my future and my life. I can teach other girls in our society and advise them to stop early marriages and circumcision." Saleno/Too Young To Wed/Samburu Girls Foundation hide caption

What's the hardest thing about taking a portrait?

[You need] to get them to be real in front of the camera. It's not just about composition and light, it's about the soul. If you can see it, if you can capture that and share it.

That seems like a tall order for first-time photographers.

You can't take a great portrait unless you know the person you are photographing. So we would pair the girls up in teams, and they would learn about each other, what they've been through.

We told them they didn't have to share the traumatic parts of their background. But all of them chose to share their experience with child marriage and FGM.

Within the first hour that they had the cameras, they created these really beautiful, vulnerable portraits. I think they just got it. They understood the power of their story and of their voice. 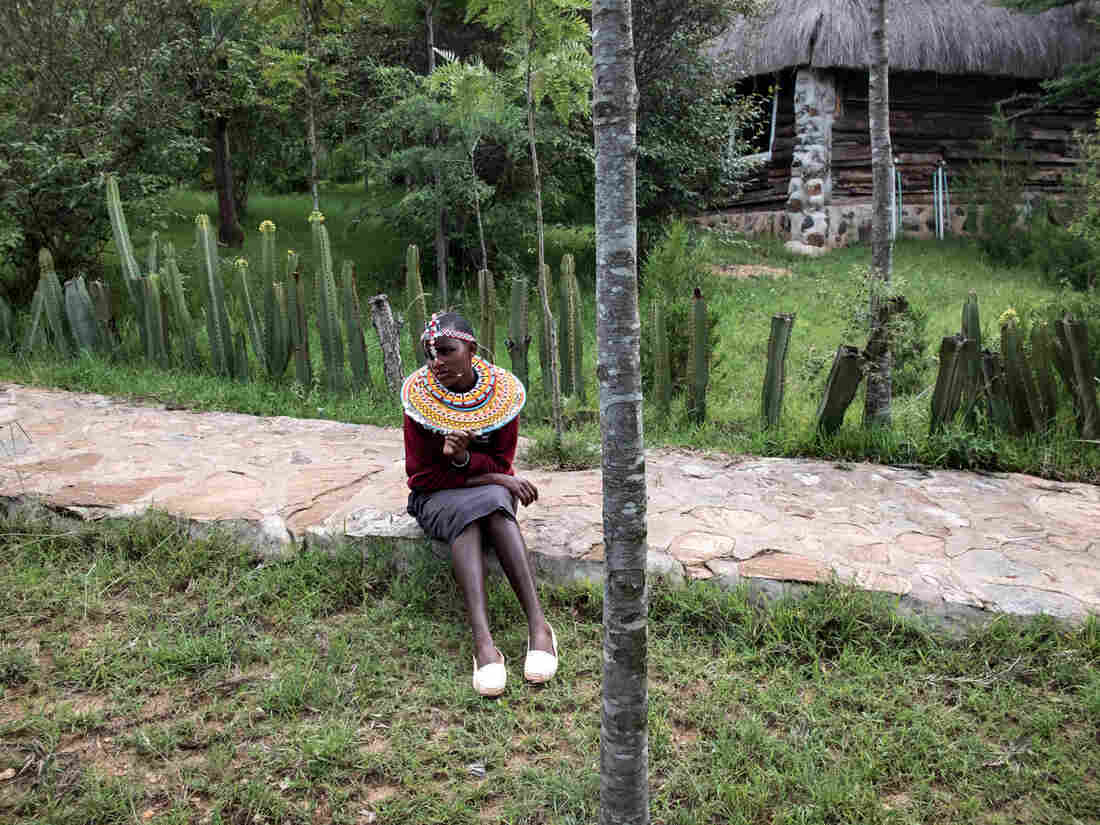 Angela: "Today we took photos of each other. We shared our stories about our challenges. It is good for girls to share their stories, these photos are from our heart. Marriage is not good for young girls. What I feel today: Nice, excited, fantastic, enjoyment." Naramat/Too Young To Wed/Samburu Girls Foundation hide caption 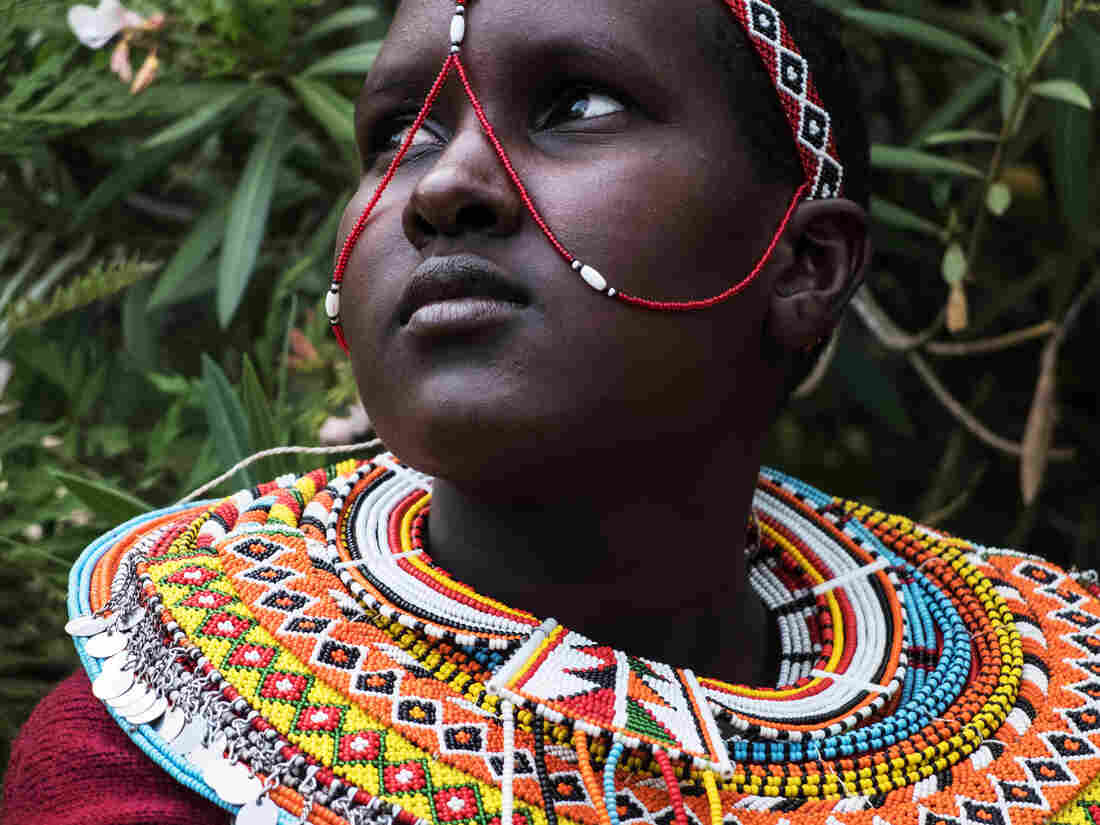 Maria: "I was married when I was very young. I used to sell milk to get food and sleep in the forest because I don't have a place to sleep. Society should stop bad practices because what I have been through was so hard for me. After my education, I would like to be a nurse so that I can help other girls like me." Modestar/Too Young To Wed/Samburu Girls Foundation hide caption

Can you tell us about a portrait that stuck with you?

One girl, Modestar, took a photograph of Maria. It's a tight portrait and she's kind of looking to the side. She's got these beautiful [traditional Samburu] beads on. Just 15 minutes before she took that picture, Modestar was crying. Maria was sharing her story for the first time in detail. Modestar had been rescued [from child marriage] just a few weeks before, so she was still very raw about the experience.

What do you think the girls got out of the workshop?

The workshop ended up being a form of art therapy, a way to help the girls feel confident that their voice matters.

We didn't realize the amount of tears that would be shed during the workshop, and cathartic moments that would happen as they took these intimate portraits of each other.

What did you end up doing with the photos?

We had an exhibition at the end of the workshop. We brought 70 members of the community, police, some of the chiefs of the villages, some of their parents.

We let the girls pick which pictures they wanted to share. Of course the girls had some goofy pictures that they did of each other and more uplifting pictures. But none of them chose to use those pictures for the exhibition. They felt strongly that the exhibit should be an opportunity to let people know that they were not okay with what had happened to them.

I remember there was a really pretty picture of Modestar and she was smiling. She said, "No I don't want to use that one." 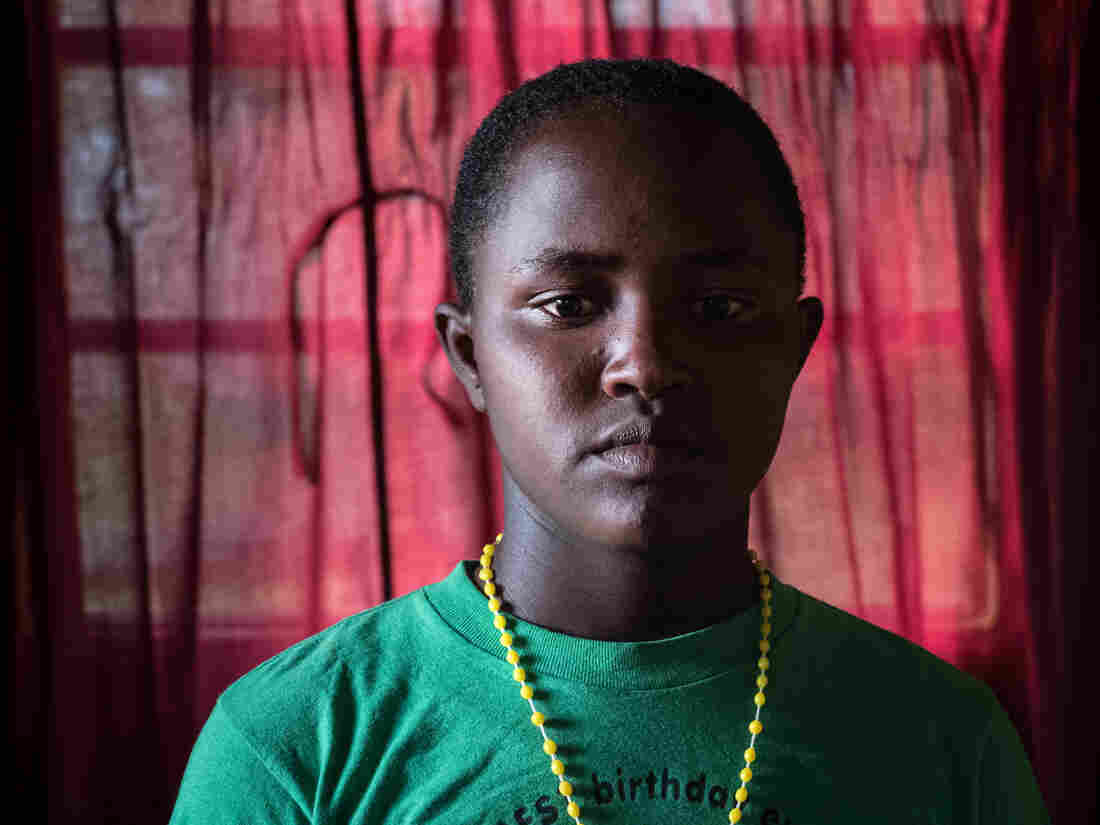 Modestar: "I am at the Samburu Girls Foundation for many problems. One is for early marriage. I could not go to school because my parents were very poor. This made me very sad. I could not say my A, B, C, Ds, but I knew I was a very bright girl. Today, they gave us small things called cameras. Everybody carries them. For the rest of my life, I will not forget this day." Maria/Too Young To Wed/Samburu Girls Foundation hide caption

What did she select?

A more serious, contemplative picture. "I want people to know what I've been through, that this is how I feel," she said.

How did you think the workshop changed the girls?

At the beginning of the workshop, when you asked them their name, they were very quiet. At the exhibition, we had a microphone. I [told them], make sure you speak up — the event was outdoors and I was worried that the audience wouldn't be able to hear them that well.

They really roared into that microphone! They were passionately expressing what they had been through and asking the community to protect girls.

We hope to do a couple a year. This was our pilot program and it exceeded our expectations.

The idea of using photography to help child marriage survivors harness their inner strength and raise their voices confidently — it blossomed into this beautiful flower in the end.