Accessibility links
Mayaro Virus Is Another Little-Known, Mosquito-Borne Disease That Might Warrant More Attention : Goats and Soda It's called Mayaro virus. It was first identified in 1954 and has been active near the Amazon. Now it appears to have popped up in Haiti.

Why Scientists Are Keeping An Eye On A Little-Known Virus

Why Scientists Are Keeping An Eye On A Little-Known Virus 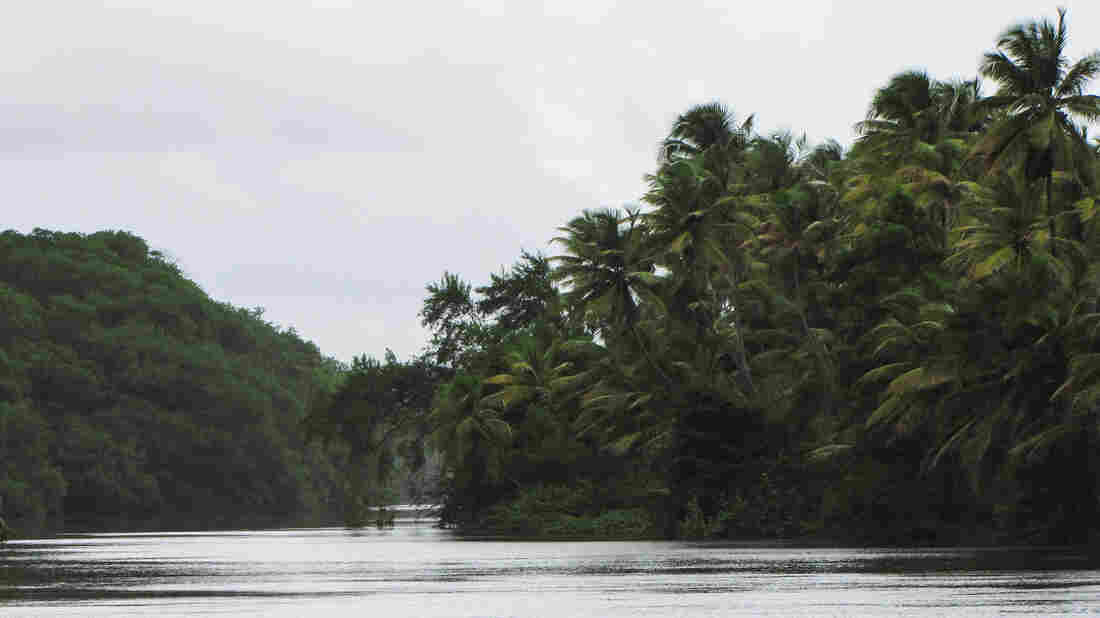 The Mayaro River in Trinidad. The Mayaro virus was first identified in forest workers on the island. Jamieson Ramkissoon/Flickr hide caption

When an 8-year old boy showed up at his school's clinic in rural Haiti with a low-grade fever and abdominal pain, he was told he had typhoid and given medicine to treat it.

But blood tests showed something else: Mayaro, a mosquito-borne virus that may now be circulating in the Caribbean.

Still, the new finding, reported in the November issue of a CDC journal, suggests the need for vigilance — along with more research into why viral epidemics seem to be happening with increasing frequency, says Glenn Morris, director of the Emerging Pathogen Institute at the University of Florida in Gainesville. Ebola, chikungunya and Zika have all emerged as sudden and serious threats to public health in recent years.

"We need to recognize that while Zika understandably has all the attention, it's not the first virus to move through in epidemic form, nor is it going to be the last," Morris says. Under the right conditions, he says, Mayaro could be next. "This may be yet another virus poised to start moving in epidemic form."

The Mayaro virus was first identified in forest workers in Mayaro, Trinidad, in 1954 and has since caused small outbreaks in South America. It shows up most often in Brazil near the Amazon, where it is spread by a tree-dwelling species of mosquito that feeds mostly on monkeys, says Robert Tesh, professor of pathology at the Institute for Human Infections and Immunity at the University of Texas Medical Branch in Galveston.

A close relative of the chikungunya virus, Mayaro causes similar symptoms, including fever, joint pain and muscle aches that be crippling for several weeks. Because Mayaro's symptoms can resemble those of both chikungunya and dengue, the new study suggests, it may be underdiagnosed.

Morris' group didn't set out to look for Mayaro. Instead, for the last several years, the team has been studying waves of viruses that pass through schoolchildren in rural Haiti.

Traditionally, Morris says, clinicians in Haiti assume that any kid who has a fever with no other obvious cause must have malaria or typhoid. But when the team ran diagnostic tests on sick kids, they identified malaria in only five percent and typhoid in another five percent.

To find out what else might be causing the fevers, the researchers started taking blood samples from feverish kids and placing extracted plasma on tissue cultures, then allowing whatever viruses might be present in the blood to grow. The project revealed plenty of dengue fever. It also documented epidemics of chikungunya and Zika, including the first cases of Zika identified in Haiti.

On January 8, 2015, a boy showed up at his school's health clinic with a fever of 100.4°F and abdominal pain, but no rashes and clear lungs. He was treated for typhoid.

In his blood, though, Morris's team found something else.

"We thought, 'Oh my, what's growing in the tissue culture?" Morris says. "This was a virus we had never seen before at the University of Florida."

Genome sequencing revealed its identity as Mayaro, the group reported in the Centers for Disease Control and Prevention's journal Emerging Infectious Diseases.

There's no way to know for sure if the virus caused the boy's symptoms, as he simultaneously had dengue fever.

But the diagnosis suggests that Mayaro is actively circulating in the Caribbean, Morris says. And that calls attention to the unpredictable way that viruses can move around the world and then, without warning and for reasons scientists still can't explain, turn into massive epidemics. The newly detected case of Mayaro in Haiti "needs to be seen as a pattern of waves of viruses moving across continents, merging, changing and evolving," Morris says. "It reinforces the idea that there is a constant battle between humans and the microorganisms that infect humans."

But Mayaro is worth keeping an eye on.

"It's too early to make any projections except to say we need to pay attention," Fauci says. "We need to find out a bit more."

Confirming at least one more case in or near Haiti will also be essential to assess the threat, says Tesh, whose research on Mayaro includes a 1999 study of 27 cases in South America. Because Mayaro is usually associated with a type of mosquito that likely doesn't live in Haiti, he says, it's possible that lab contamination produced a false result. It's also possible that other species of mosquitoes that live in Haiti are starting to carry the virus.

If the virus is in Haiti, it could have more opportunities to spread as the mosquito population is sure to proliferate in standing water left behind by Hurricane Matthew.

"To find a single case is kind of curious," Tesh says. "I would keep an eye on it. If we get another from Haiti or the Dominican Republic, then OK, maybe we should get concerned."