Accessibility links
Lemba Jews Of Zimbabwe Are A Caring Community — But Only Now Are Learning To Practice Their Faith : Goats and Soda DNA has proven that these sub-Saharan Africans have Semitic origins. But what does it mean to be a black Jew in Zimbabwe? 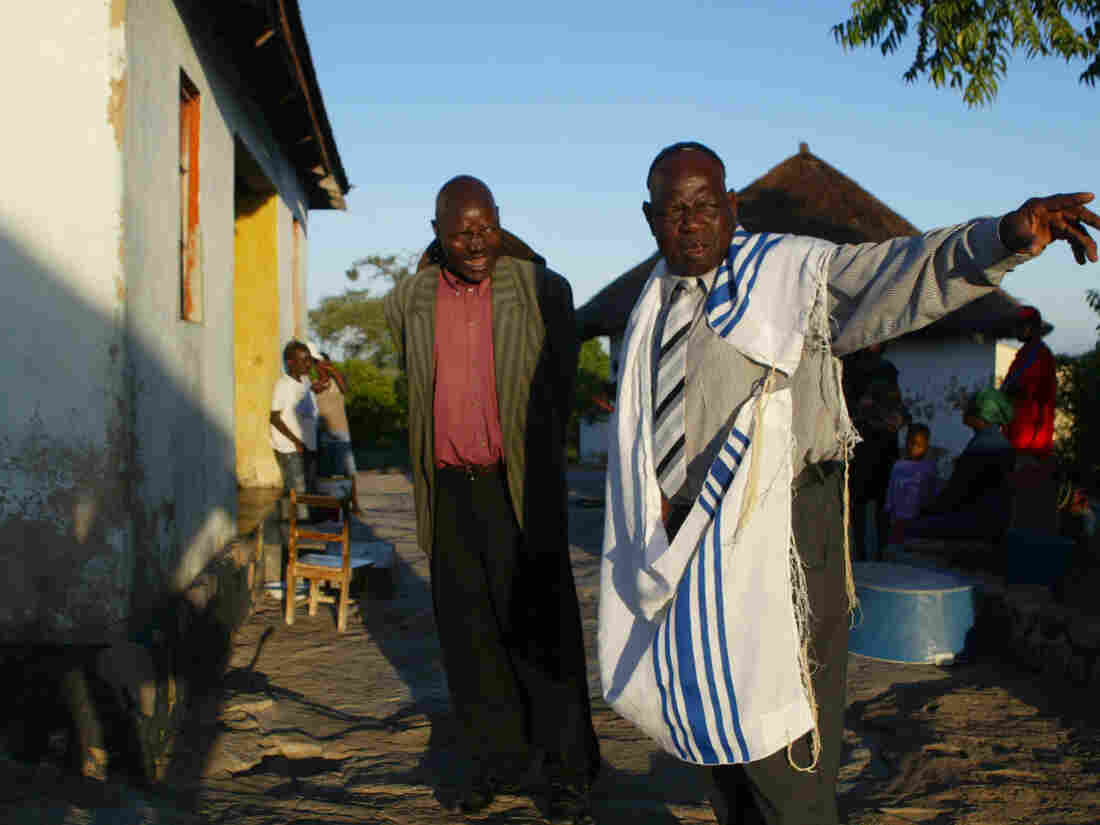 A leader of the Lemba people, wearing a prayer shawl, gathers with his fellow Jews. DNA tests have confirmed the Semitic heritage of these sub-Saharan Africans. Jekesai Njikizana /AFP/Getty Images hide caption 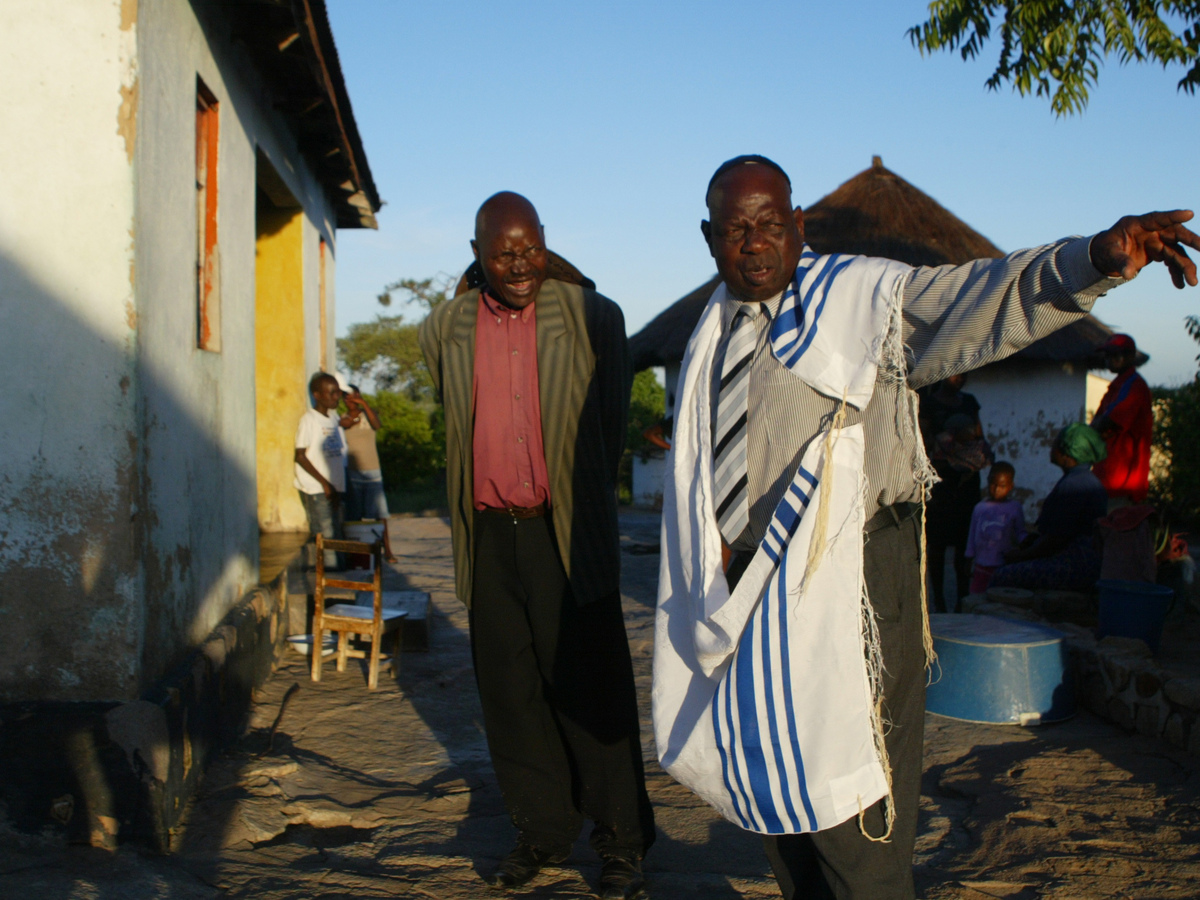 A leader of the Lemba people, wearing a prayer shawl, gathers with his fellow Jews. DNA tests have confirmed the Semitic heritage of these sub-Saharan Africans.

This year is not the first the Lemba of Zimbabwe are celebrating the Jewish High Holidays of Rosh Hashana and Yom Kippur. They have done so twice before. But Modreck Maeresera, president of the Harare Lemba Synagogue, said past services have been pretty basic. For Rosh Hashana, he said, "it was mainly about blowing the shofar [ram's horn] and eating apples dipped in honey."

That is because although the Lemba have long considered themselves cultural Jews, they are just now learning how to be practicing Jews. Last year for Rosh Hashana and Yom Kippur, Maeresera searched the Internet for appropriate Jewish High Holiday prayers. This year the congregation has machzorim, or special High Holiday prayer books, making Maeresera confident that services will closely resemble services conducted at a more traditional synagogue.

Still, there are some things he doesn't quite understand, like why the new year is celebrated in the seventh month and not at the end of the year. Nevertheless, the 41-year-old college recruiter has a lot more answers than when he was a child. 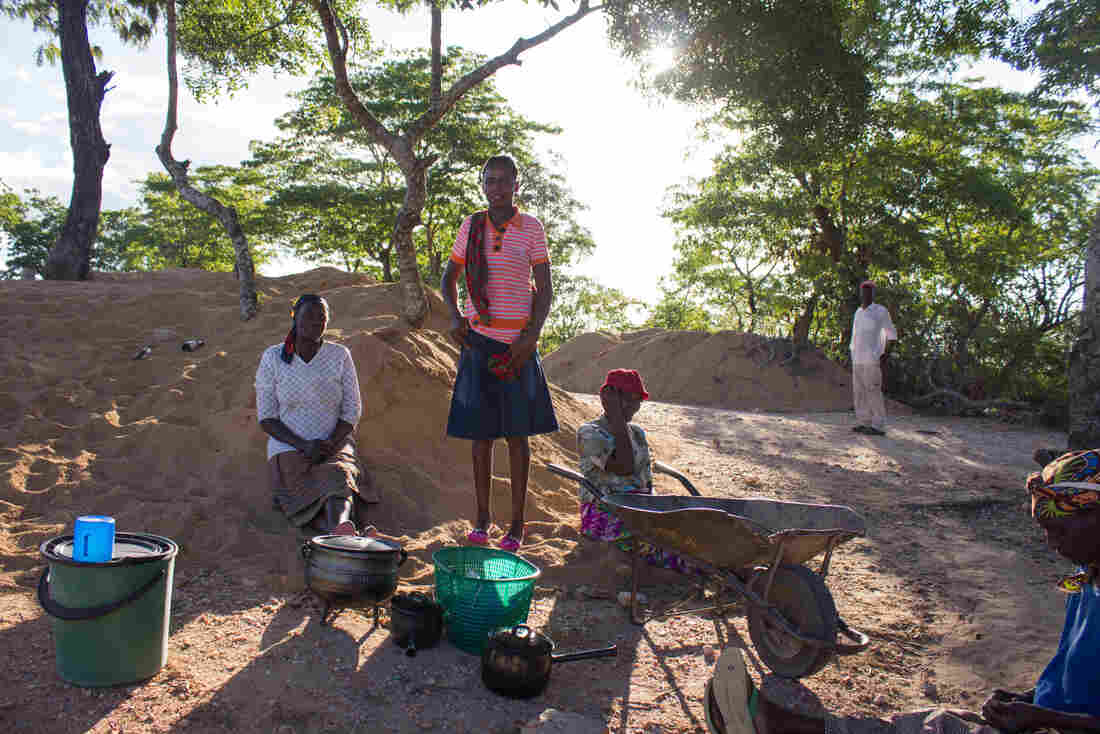 Like most Lemba of his generation, Maeresera grew up hearing legends of how the Lemba, black Africans living mostly in Mberengwa District in the middle of Zimbabwe and the northern parts of South Africa, came from Israel. Although the Lemba physically resemble any other sub-Saharan tribe, their religious, cultural and social practices and names are Semitic in origin. They follow strict dietary laws, practice male circumcision and when someone dies follow a seven-day period of mourning.

Yet until recently, the Lemba of Zimbabwe had no synagogues, Torahs or menorahs. Which left some of them, like Hilary Zhou, a leading member of the Harare Lemba Synagogue, which was established in 2013, with doubts.

"How can they say we came from Senna and that we are the descendants of Jews who fled the Holy Land thousands of years ago, when I look at myself and my neighbor and I'm just the same as them?" asked Zhou, who is 33.

His quest to make sense of his identity was helped by ongoing genetic studies begun in the 1990s that confirmed the Semitic origin of the tribe. Lemba men carry the Cohen Modal Haplotype, a set of Y chromosome characteristics typical of the Jewish priesthood, at about the same rate as that of major Jewish populations. For many, the genetic findings validated the Lemba's connection to Judaism, further inspiring their quest to reconnect with the faith. Their relationship with the larger Jewish community is now helping them preserve their culture and look out for vulnerable community members just as Lemba traditions once did.

"We have a tradition of helping each other, looking after each other in times of trouble," said Maeresera.

In the rural areas where Zhou, Maeresera and most other Lemba come from, Lemba leaders gather at the beginning of the rainy season and list all of the Lemba who need help tilling their land. Members of the community are then sent to help the widows and elderly who are unable to till their own fields. At harvest time each family sets aside a portion of the harvest for needy Lemba families.

Faced with one of the driest years in decades, few Lemba are in a position to help this year. Because of the drought, the government of Zimbabwe estimates that half the rural population is in danger of starvation and that around 4 million people will need food aid by January 2017. The food shortage is compounded by economic and political unrest that have left many with no choice but to leave the country in search of work.

For several months now the Lemba Synagogue of Harare has been distributing $1,000 worth of food each month to needy community members. The money comes from the U.S. organization Kulanu ["all of us"], which helps isolated, emerging and returning Jewish communities connect with the religion. Kulanu also made possible the synagogue's Rosh Hashana celebration this year and provided the prayer books for the service. In past, the nonprofit has sent religious scholars and rabbis to teach the community about Jewish traditions and instruct them in Hebrew. It also raised money to bring Maeresera to Israel, where he will return in January 2017 to begin his studies to become a rabbi. The efforts are what the religion is all about, said Kulanu President Harriet Bograd.

"To me being a community and being welcoming is central to Judaism and when people want to be part of us I want to welcome them," Bograd said.

Not all see it that way. There are those who say the Lemba are not Jews because their line of descent comes through the father, while Orthodox Jewish law says that the line of descent comes from the mother. Others question the community's lack of knowledge of the religion. Zhou had his own brief renewed identity crisis earlier this year after having his DNA tested. The results showed that people with his haplogroup, men genetically identified as sharing a common male ancestor, were found not in Africa but in places he had never been: south and central Asia, the Middle East and Europe. While it troubled him slightly that the people in those places didn't look like him, one thing was clear, he said: "The legend was true, my ancestors had come from outside Africa."

Zhou now knows his true place in terms of religion and culture and it has motivated him to take his religious observance a step further. He immediately began an intensive Torah study and plans like Maeresera to become a rabbi one day. Being a black Jew can be difficult in a country where wearing a skullcap usually results in people greeting you with the Muslim Arabic "As-Salamu Alaykum." Lemba complain about having trouble getting Saturday off work to attend synagogue and the difficulty of finding kosher stores and restaurants when they are on the road.

Then there is the shofar. The notes that are supposed to be played for the new year are not easy to learn, and Maeresera still has trouble making them despite all his practice. The next generation might not have the same problems. Maeresera's 4-year-old son, Shlomo, loves to blow the shofar; it is his favorite thing about the High Holidays — aside from, of course, eating apples dipped in honey in the hope of a sweet new year.