Accessibility links
The Story The Lamp Used During Diwali, The Hindu Holiday Cited In Donald Trump's Ad : Goats and Soda The GOP presidential candidate is seen lighting a diya, part of the upcoming Hindu festival of Diwali. This year, the lamp is enveloped in another kind of politics — between India and China. 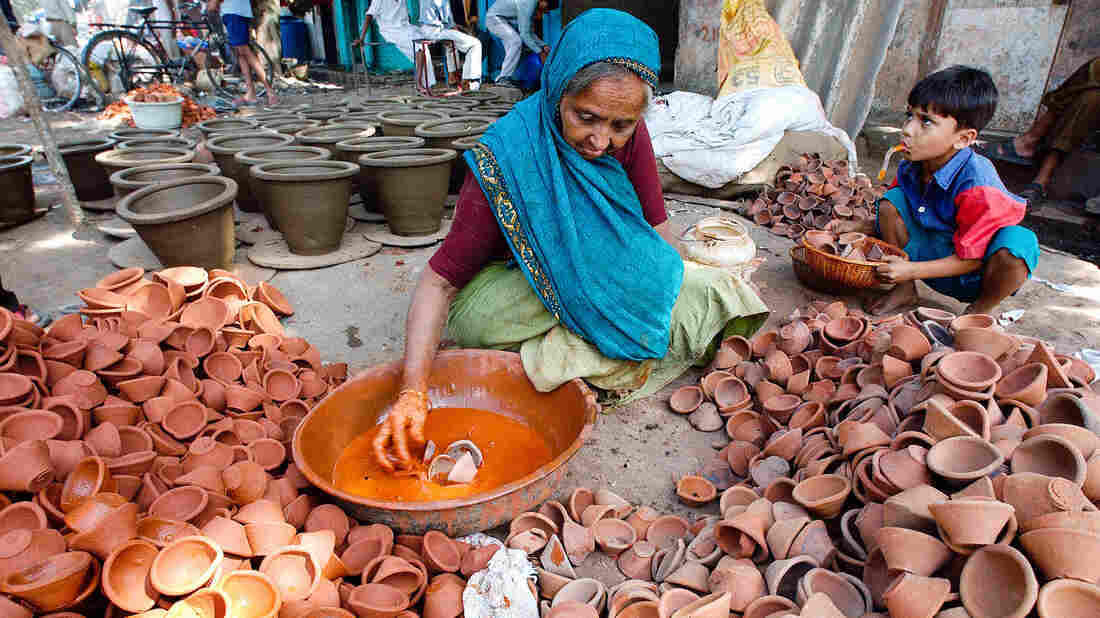 There's a new ad that shows Donald Trump declaring, "I am a big fan of Hindus," speaking a sentence in Hindi and lighting a diya, a ceremonial lamp that's popular in India, at a "Hindus for Trump" event in New Jersey on Oct. 15.

The video begins with the message: "Happy Diwali."

Shali Kumar, an Indian-American supporter of Trump and chairman of the Indian-American Advisory Council, told BuzzFeed that the council put the ad together — and that he himself tutored Trump on his Hindi slogan: "Ab ki baar Trump sarkar," which means, "This time, a Trump government."

As it turns out, the holiday of Diwali and its omnipresent diya lamps are caught up in another kind of politics, revolving around China.

In India, whatever your religion, a ceremonial oil lamp is lit for almost all auspicious occasions — conferences, housewarmings, groundbreakings. You name it, we light lamps. Lighting the wick symbolizes the end of darkness and ignorance, a fresh way forward. In many Hindu households, a clay lamp burns perpetually before a deity's picture or idol. 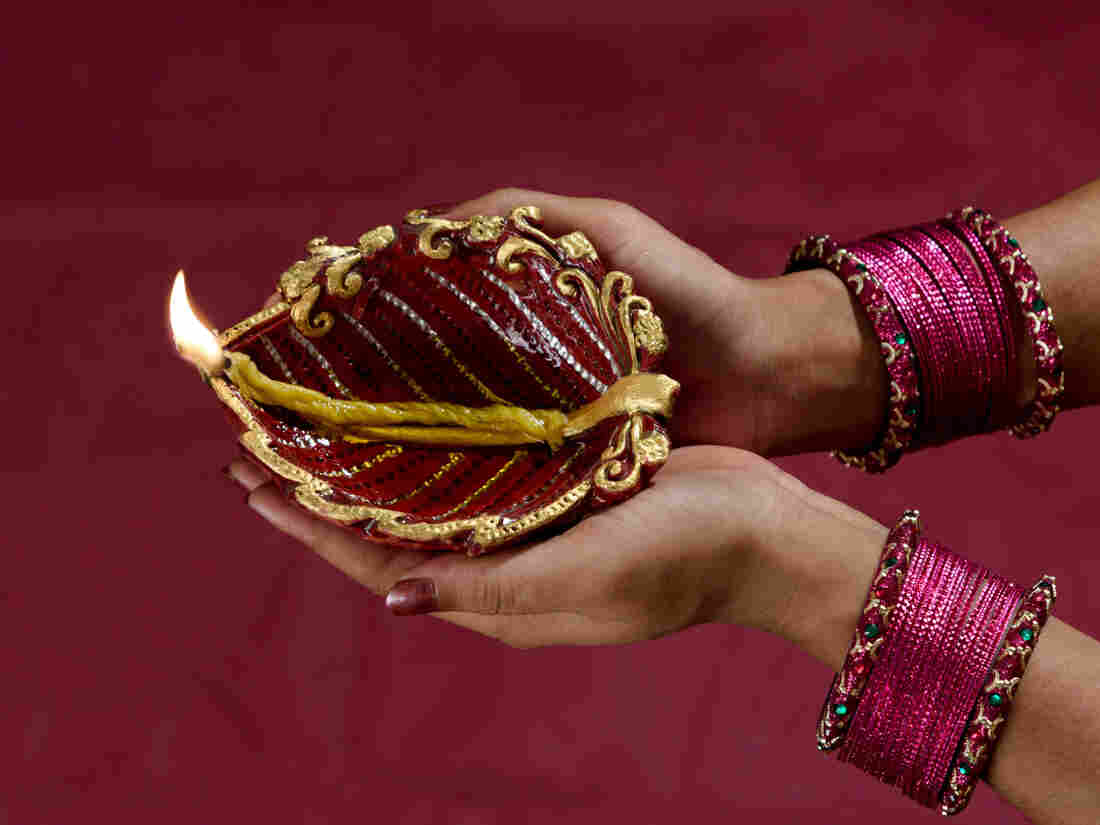 All that is eclipsed during Diwali, aka the festival of lights. It's the day when Hindus celebrate the return of King Rama from exile (according to the Hindu epic Ramayana), the victory of good over evil, light over darkness, and the blessings of Lakshmi, the goddess of wealth. Houses and offices are aglow with dozens of these earthen lamps, called diyas — literally lamp in Hindi — or deepa in Sanskrit.

In the past five years, though, Indian shoppers have seen a glut of plastic Chinese-made products in the marketplace: cheaper, shinier and less durable. A half-cup-size local earthern diya would cost 50 U.S. cents, but the Chinese variety costs only about a quarter.

Potter hubs in Delhi and Kolkata have been feeling the pinch and begged the government to protect them. And politicians have finally responded by urging Indians to boycott Chinese products this Diwali — but the impetus is motivated more by politics than economic concerns.

The reason: Late in September, China's leader backed Pakistan after Jaish-e-Muhammad militants attacked an Indian army base in Uri in the state of Kashmir. And this month, China again blocked India's effort to get the United Nations to designate Masood Azar, chief of that jihadist group, as a global terrorist.

First a group of youths in the northeast state of Bengal started a campaign, putting up posters, billboards and social media messages asking people to buy made-in-India products. The hashtag #BoycottChina was trending for a while this month. In several towns and villages, potters have held rallies to protest the sale of Chinese lamps and raise awareness (and patriotism).

Finally, a week ago, the ruling political party climbed on the bandwagon with its call for a boycott.

Potters in the city of Indore are especially excited. They say they were left with thousands of unsold diyas in the past few years, a situation they had never faced before.

But in the urban sprawl of coastal Mumbai, where I live, neither potters nor consumers seem to care about Chinese competition. Several shopkeepers I spoke to said they didn't sell Chinese goods. One scoffed and said of the imports, "They catch fire the first time you use them." Another vendor said he treks to Mumbai's Kumbharwada potter district to choose all his own clay lamps.

Kumbharwada is a 12-acre settlement in the Dharavi slum, where every alley is thick with the smoke from hundreds of brick kilns. More than 5,000 potter families have been crafting and selling earthernware of all shapes and sizes here for six to seven generations. Men typically shape and sell the vessels while women do the decorations.

Diyas are the perennial hot ticket. The potters say that they make about half their annual sales in the month leading up to Diwali.

In his stall, Rajesh is busy answering queries, packing lamps and attending to customers. He says he doesn't know how many lamps the potters of Kumbharwada sell. "Tens of millions probably. Who can keep count?"

Though the potters and their families live in the slum, they're not impoverished. They won't tell me what their income is but say they're doing well, they have no unsold stock, their kids go to school, they have cable TV.

"We work on these all year, but we set up stalls only for the season," says Santosh, whose makeshift tables on the main road display diyas in all hues and designs, some in garish neon colors with sequins and shiny golden piping, others more staid in pastel leaf and flower motifs.

There are still four days to go until Diwali but the outdoor stalls throng with shoppers — individuals buying a few dozen pieces as well as retailers picking up orders of several hundred to sell elsewhere in the city. One retailer quips about the Chinese competition, "It doesn't affect us. People who want the real thing will always come to us. It's Diwali! We're earning; let the Chinese earn, as well."