Accessibility links
How Egypt's First All-Woman Roller Derby Team Is Breaking Stereotypes : Goats and Soda It's an aggressive game that requires full body contact like hip and shoulder checks. It's empowering. And that's exactly why these young Egyptian women love it. 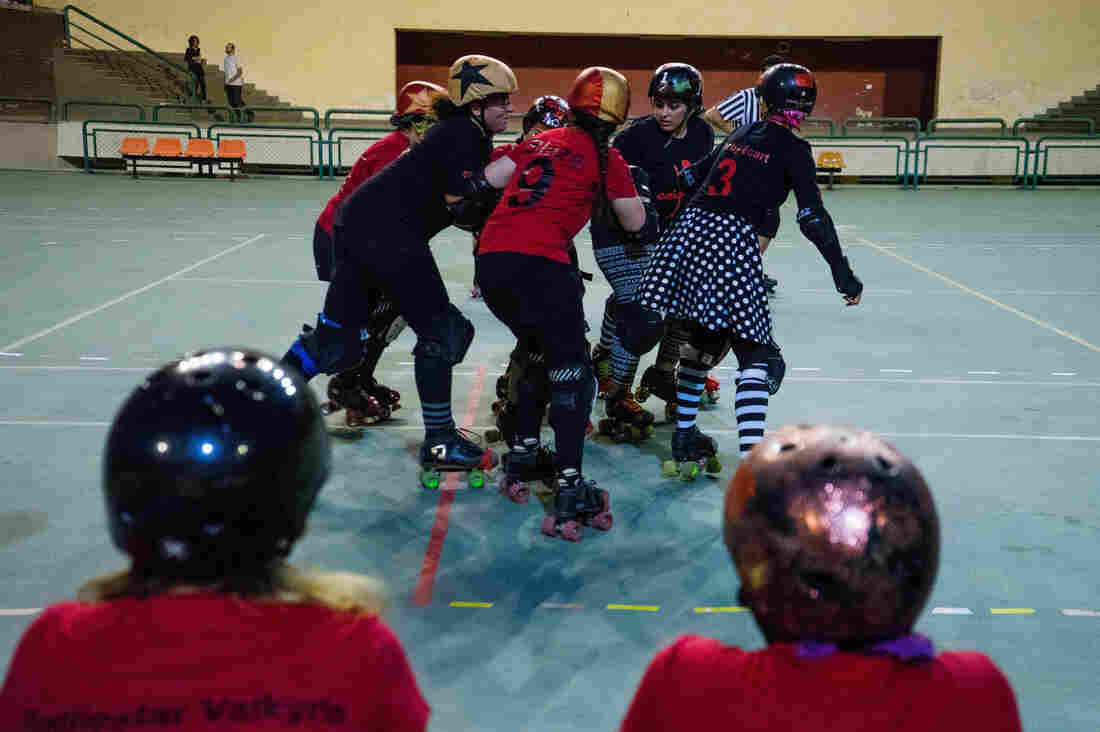 CaiRollers members play against each other on the handball courts of the Cairo International Stadium. Marwa Sameer Morgan for NPR hide caption

In Egypt, Saturday nights are for staying in — the workweek starts on Sunday. But for the members of CaiRollers, Egypt's first all-female roller derby team, it's for skating.

The team's 20 members meet for three hours every week, at the Cairo International Stadium's outdoor handball courts, to practice. It's an aggressive game, requiring full body contact like hip and shoulder checks. But that's why players like Lina El-Gohary, 27, love it.

"It makes you believe that you're still able to learn at any age. It empowers you," she says.

Two American women, Shaneikiah Bickham and Angie Malone-Kaster, brought the sport to Egypt in 2012. They were working in Cairo as teachers and had previous experience playing roller derby in the U.S. They had a hunch their Egyptian girlfriends would dig the game, so they organized a team and started practicing in the school's parking lot. 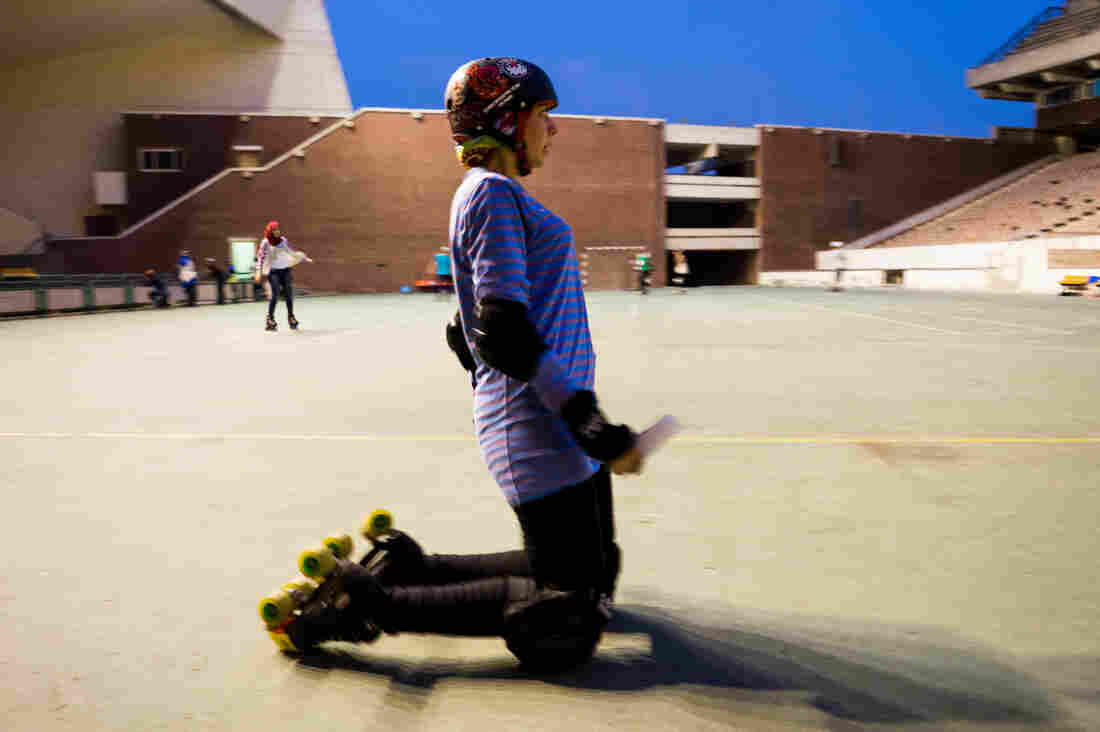 Nouran El-Qabbany, 27, a graphic designer, demonstrates safety measures to new players. "If you must fall, and you will fall, you should try to fall to the front not the back," she says. Marwa Sameer Morgan for NPR hide caption

In a roller derby match, called a "bout," up to 10 players from two competing teams skate in the same direction around an elliptical rink. One player from each team, the jammer, skates ahead, while the rest of the players, the blockers, try to keep the jammers from passing through. Teams score a point every time a jammer muscles past a blocker.

The American women were right: Roller derby was a hit. While the game is not commonly known in Egypt — more than half the world's amateur roller derby teams are from the U.S. — the CaiRollers managed to keep running even after the two co-founders left the country in 2014.

For the players, mostly young professionals in their mid-20s, being a part of the CaiRollers is a chance to free themselves from society's restrictions. Egypt ranks 133 among 155 countries in UNDP's Gender Equality Index. Women in Egypt are expected to dress in loose clothes, walk slowly, talk softly and attract no attention. 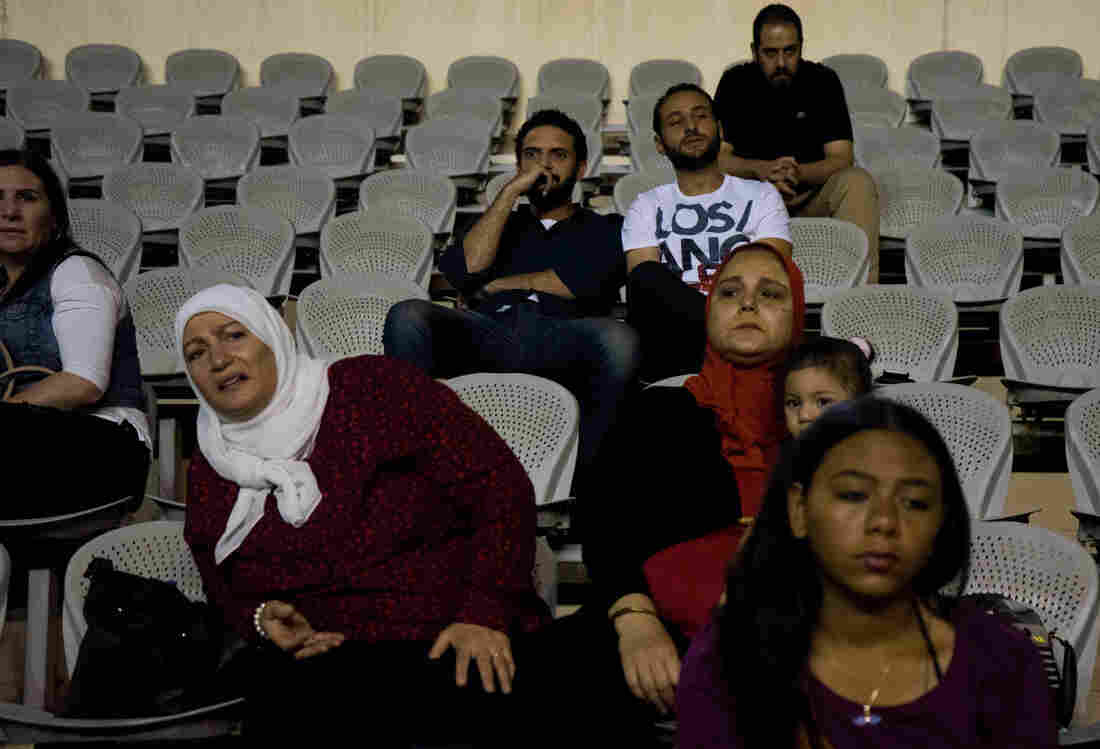 Family and friends watch the CaiRollers from the stands. While families are usually supportive, they have concerns about the women playing such an aggressive game, says Lina El-Gohary. Marwa Sameer Morgan for NPR hide caption

"The violence that's part of this sport doesn't fit with people's stereotypical image of women, especially women in an Arab country," said Susan Nour, one of the team members, in a 2014 interview with France24.

It's also a chance for the women to flex their athleticism. In Egypt, boys grow up playing soccer on the streets. For girls, being involved in sport is seen as boyish — and not allowed in most families.

"Most of our families are supportive about us playing sport now," El-Gohary says. "They just worry about us getting injured."

And it's a great way to make friends. The members — who include a pharmacist, researcher, filmmaker and teacher — come from different religious backgrounds.

"The team is my support network," says El-Gohary. "Whenever I have any problems at work or with my family, I skate it out and everything feels better." 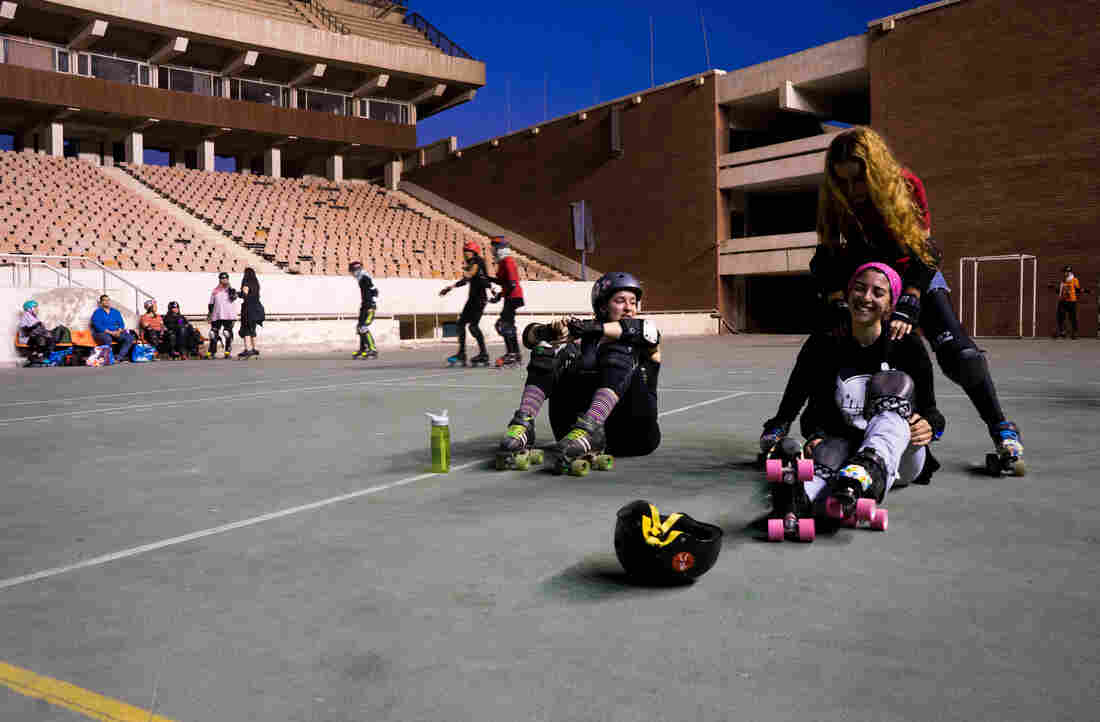 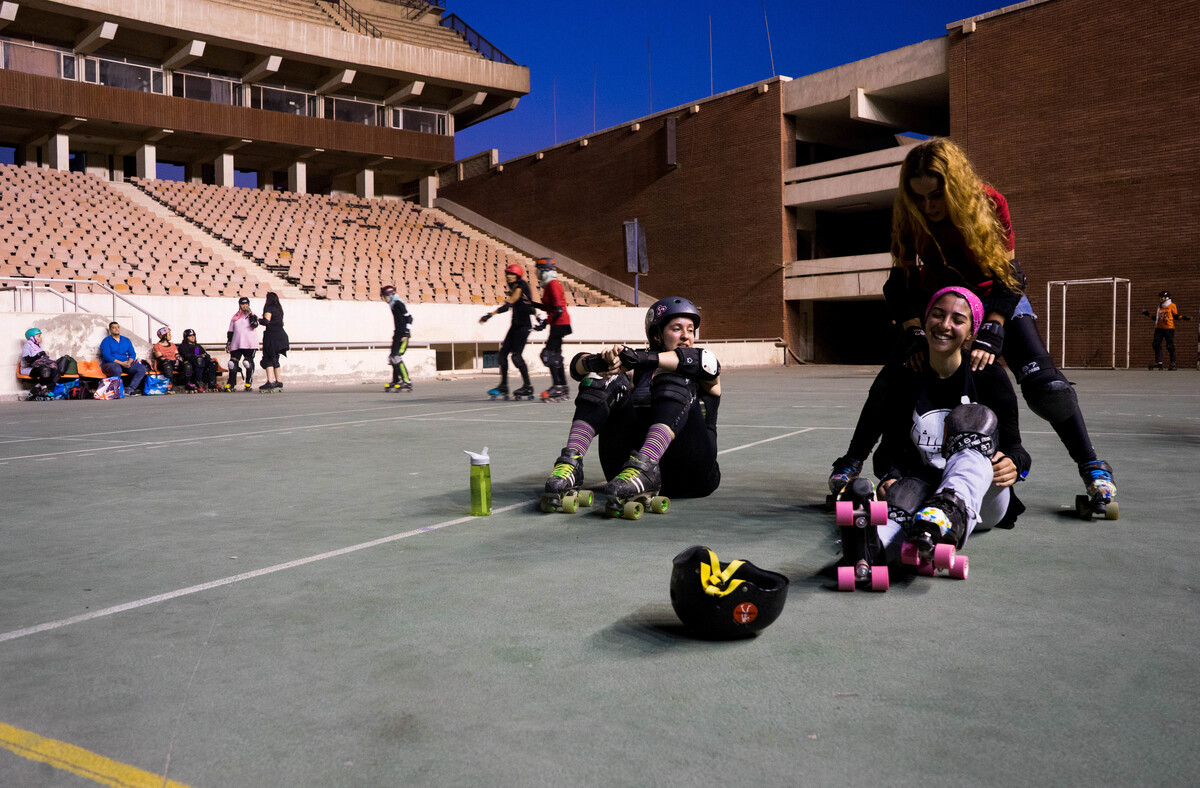 The team members trade off coaching responsibilities, resorting to YouTube videos to make up for their lack of experience. Members who don't coach, like El-Gohary, have other tasks, such as fundraising or managing the team's social media account and press coverage.

While the team has a small budget, which the members raised among themselves and through tickets sold to public matches, they don't have enough to travel to play against other teams in other countries. For the past three years, they could only split into two teams and play each other.

Next year, however, CaiRollers is inviting teams from France as well as recently formed teams from Lebanon and the United Arab Emirates to play against them in Cairo. As the host team, they will crowdfund the costs, which will include match locations and accommodations.

"We're very happy that we're not alone in the region anymore," El-Gohary said. "We hope we can all play together in a regional bout."