Accessibility links
World Bank Report: Yearly Toll Of Disasters Is Likely $500 Billion, Not $300 Billion : Goats and Soda When damage from floods and earthquakes is tallied, the emphasis is on lost property and possessions. The poor face another, even more devastating kind of loss.

Report: Disasters Are Even More Disastrous Than We Think

Report: Disasters Are Even More Disastrous Than We Think 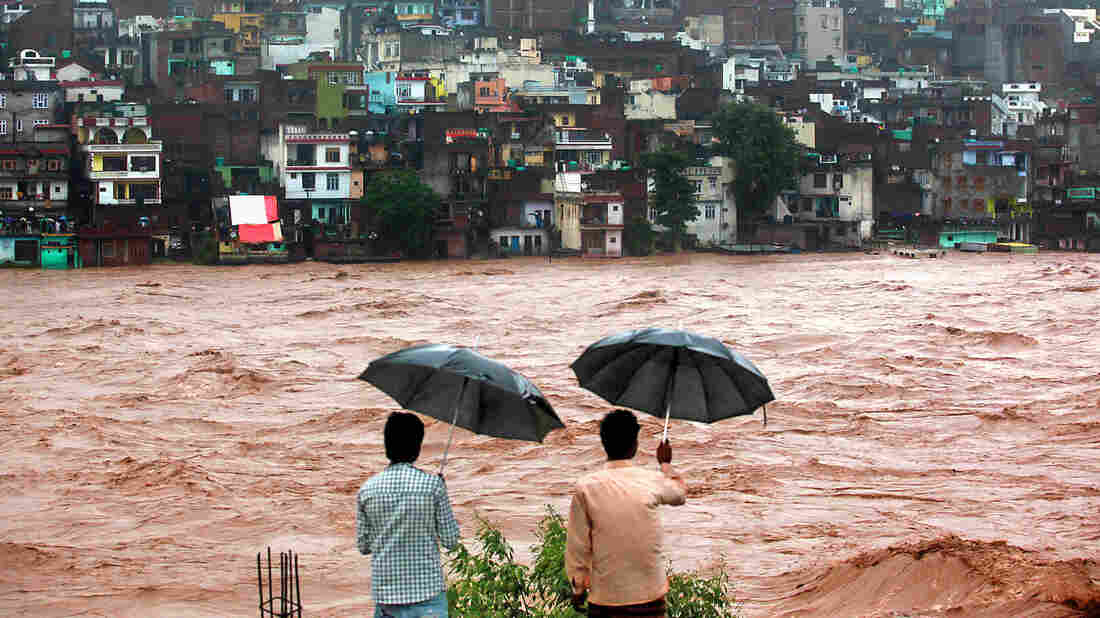 The flood-swollen Tawi River rages past the city of Jammu in northern India in 2014. STRDEL/AFP/Getty Images hide caption 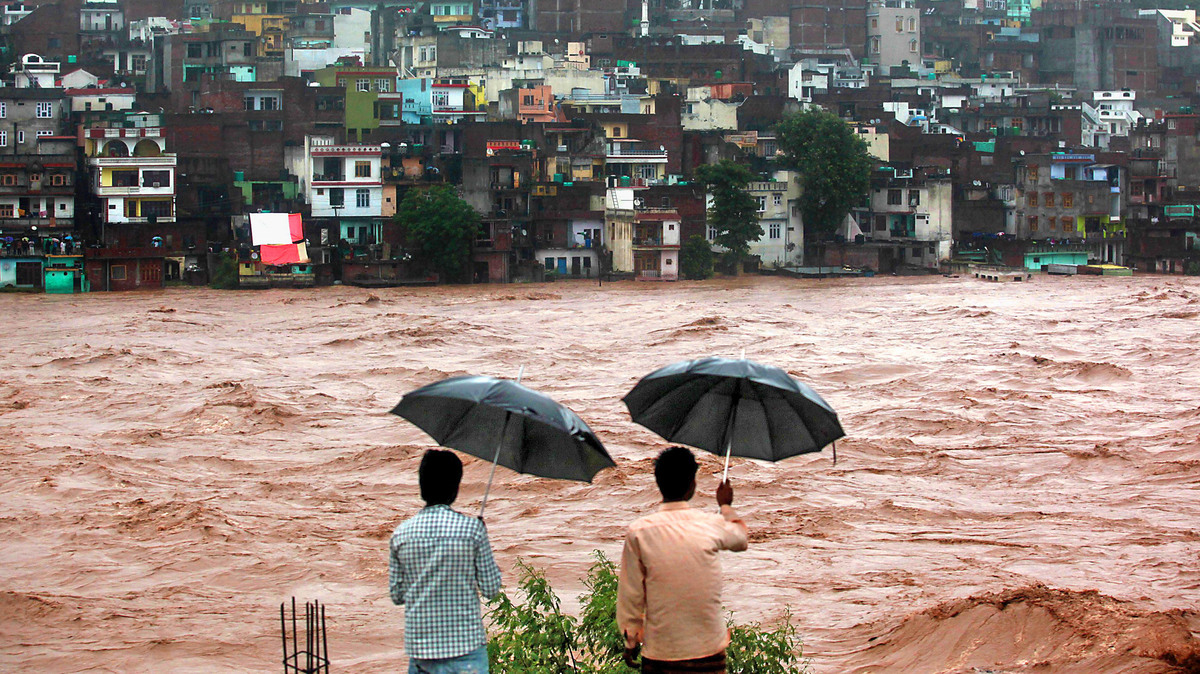 The flood-swollen Tawi River rages past the city of Jammu in northern India in 2014.

The devastation in floods, earthquakes or droughts is generally measured by how much stuff or assets people lose — say the number of wrecked houses and the dollar amount it would take to rebuild them. In the course of a year, that adds up to a lot of money: $300 billion by some accounts.

But a new report from a research group at the World Bank says the toll could be a lot more if it were to look beyond stuff that's lost and see how livelihoods are affected, particularly for a country's poorest people. Those losses aren't taken into account by traditional analyses — and could add up to an additional $200 billion a year, says Stephane Hallegatte, an economic analyst at the World Bank Global Facility for Disaster Reduction and Recovery group and lead author on the report.

"If magically, next year, we could prevent all disasters, 26 million people would be out of poverty," he says. Either because natural disasters destroy their wealth and push them down, or the shock prevents them from climbing out of poverty.

Goats and Soda spoke with Hallegatte about how natural disasters disproportionately hurt the poorest people — and ways to help mitigate some of that damage. The interview is edited for length and clarity.

When you looked at how much people lost in natural disasters, poor people were losing way more than rich people. But this fact wasn't captured in traditional analyses?

Yeah. We find that poor people are more often affected by natural disasters. If you look within cities, you find people in richer categories taking the best land and poor people in the risky places. This is because it's cheaper to live in a risky area or it's the only available land.

When they are hit [by disaster], all of their assets and wealth are in material form that can be destroyed. In villages, people have livestock that can die in a drought or flood. And people who are poor are twice more likely to live in fragile buildings that are completely destroyed when flooded or stormed, and they lose everything.

So if their livestock or a cart they use in a business is destroyed, poor people end up making less money?

Rich people will lose some of their wealth, too, right?

We take into account that when the rich person loses 10 percent in consumption, it means going to restaurants less or cutting vacation. But for the very poor people, this is education of kids, health care and food. So the value of one dollar is much higher for a poor person than for a richer person. [Some of] these consequences will last for generations. Like children being taken out of school.

One scary finding from a study [of over 52,000 children] in Mexico is that when kids are removed from school because of a shock, 30 percent will not go back. We also have evidence that parents have to cut food intake on the family [after a disaster]. When this happens to children between 0 and 2, this has permanent impacts on their physical development and the income this person will make for the rest of their life. What we find in case studies is that shocks poor people experience are eating at the very basic needs to survive to the point it has chemical impacts on them.

You bring up an example of the July 2005 flood in Mumbai, which caused like $400 million in damage. But when you looked at the damage to people's well-being, the toll went way up?

In the report, we use an estimate [where the loss in Mumbai] was 30 billion rupees, about 400 million of asset losses only. [But] the well-being losses were double that of asset losses at 60 billion rupees or $800 million. This is because poor people were 70 percent more likely to live in the flood zone, and they lost 60 percent more than the rest of the population when they were affected.

So a huge portion of the damage was shouldered by the poor people in the city. It seems if we were just to look at assets as a way of funding projects that protect against disasters, we would completely miss out on this enormous burden on poor people.

Looking at asset losses is not wrong per se. It gives you a sense of how much it will cost to reconstruct and rebuild. [But] if the World Bank wants to focus on the poorest people, it's not the right way of measuring [the impact on them]. We are making the point that if we pick a project [protecting against natural disasters or rebuilding] using only the asset losses, well, it will be for the richer areas and the richer people.

So the idea is to move toward investments that quickly help poor people recover from natural disasters so they don't have to pull kids out of school and put them to work and take other drastic measures to survive?

That's exactly our point. We have a list of policies that we recommend. Financial inclusion to make sure that poor people have savings in bank accounts that can't be destroyed in a flood and make it easier for them to borrow money after a shock. Then social safety nets that are designed to react to shocks. Kenya introduced a very innovative system to deliver financial support to people affected by droughts using mobile banking. Last winter, they could get money into the hands of people in less than two weeks. If you can do that in two weeks, you ensure the avoidance of starving kids and kids out of school and so on.

[These] and other tools smooth the shock but also avoid impacts that are irreversible.

As we try to eradicate poverty, the role of these shocks is becoming more and more important. We really see this work of helping people rebound after they are hit by a shock being more and more central to poverty reduction and development.