Accessibility links
Ebola Study Identifies Cases Where People Didn't Know They Had Been Infected : Goats and Soda Viruses can hit people in different ways, with symptoms ranging from minimal to severe. A doctor wanted to know if that was true for Ebola as well.

What If You Had Ebola And Didn't Even Know It?

What If You Had Ebola And Didn't Even Know It? 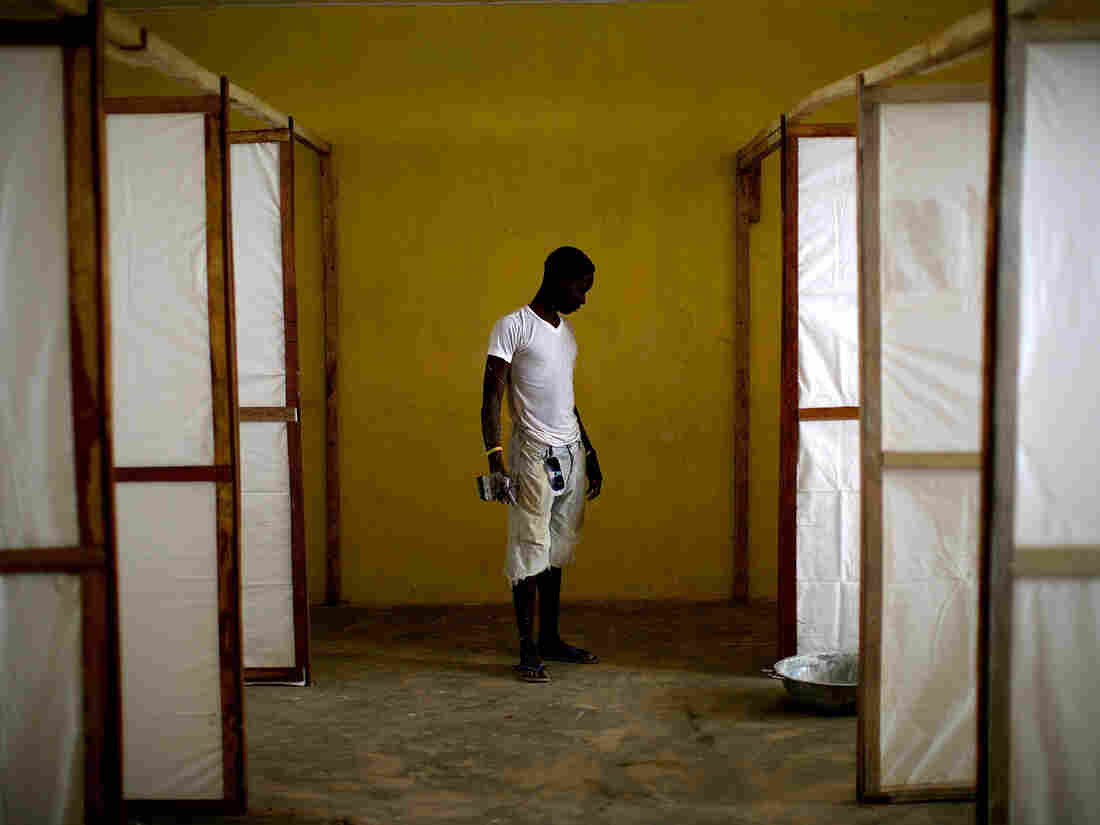 A worker stands near dividers intended to separate patients in an Ebola treatment facility under construction in the Port Loko district of Sierra Leone in 2014. David Gilkey/NPR hide caption 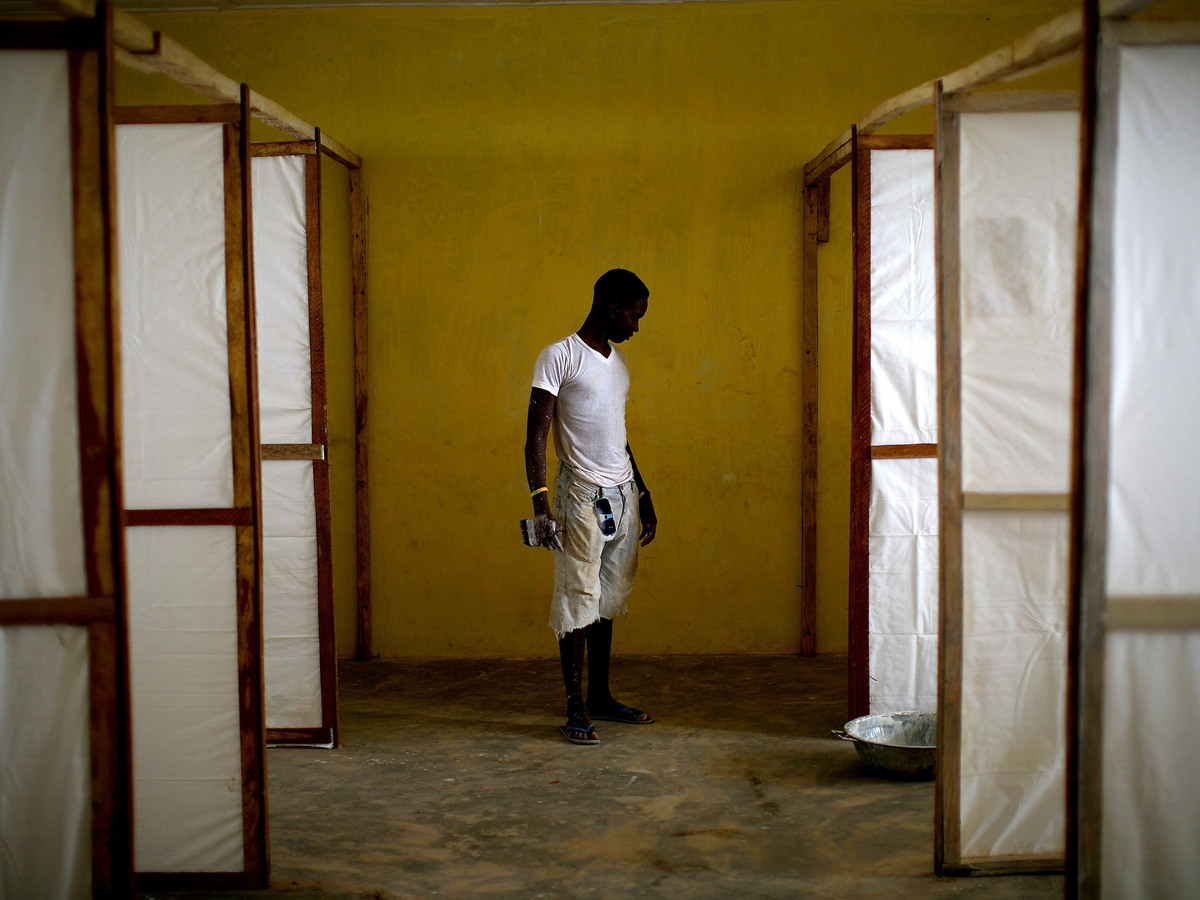 A worker stands near dividers intended to separate patients in an Ebola treatment facility under construction in the Port Loko district of Sierra Leone in 2014.

The Ebola virus doesn't always make people incredibly sick, and some people who are infected don't even know they have it, according to research published Tuesday in PLOS Neglected Tropical Diseases.

In 2014 Ebola hit the village of Sukudu in eastern Sierra Leone. Officially, 34 cases were diagnosed among roughly 800 residents from November of that year until February 2015. Twenty-eight people died and six patients survived. Richardson and his colleagues wondered if more people in the village could have been infected, but they hadn't checked in at the local treatment center.

Richardson, who teaches medicine at Brigham and Women's hospital in Boston and is pursuing a Ph.D. in anthropology at Stanford, set out to identify villagers who may have been been unaware that they were infected by the virus.

Out of the 180 people they tested, 14 had antibodies to Ebola, showing that they'd been infected with disease. These were people who had not previously been counted among the 34 Ebola cases in Sukudu. Two of them remembered being mildly sick around the time of the outbreak. The other 12 didn't remember being sick at all. This suggests that nearly half the Ebola infections in Sukudu during the outbreak went undetected.

For the entire West African Ebola outbreak from 2014 to 2016, the World Health Organization tallied 28,646 Ebola cases and 11,323 deaths. Richardson acknowledges that his study was small but he says it shows that the worst Ebola outbreak ever recorded was likely even larger than previously documented.

"There are a lot more episodes of human to human transmission than we thought," he says.

He says a person with a mild case of Ebola or no symptoms at all would have been less likely to spread the virus compared to someone who was rapidly losing bodily fluids. But he says that these asymptomatic individuals probably still could have been infectious, especially through sex. And those cases could be a weak link in fighting future outbreaks.

"What we are saying is that in the future we have to prevent all human-to-human transmission including those that are going to be asymptomatic," Richardson says.

Dr. Paul Farmer, co-founder of Partners in Health, also worked on the study.

He says no one should be surprised that some Ebola cases went undetected.

"The idea that you can know how big an epidemic is requires labs. It requires the ability to diagnose this," Farmer says. "In 2013 when this began in Guinea, there were no labs that could detect Ebola virus." Yet individuals with mild symptoms may still have played a role in the spread of the outbreak.

Farmer is also concerned that post-Ebola health problems could develop in some of the people who were infected but didn't know it. "We don't know if they are going to develop complications later on. Many [Ebola survivors] have become blind from Ebola virus disease," Farmer says. "We don't know if they were the ones with the highest viral load. It makes sense but we don't know that."

The study is important, he believes, because it points out that a potentially large number of people infected with Ebola during the West Africa outbreak were never identified.

Farmer adds that the most important next step is to improve the health care systems in West Africa.