Accessibility links
Choosing A Charity On #GivingTuesday: Is It Time To Rethink Your Donation Decisions? : Goats and Soda Some argue that looking at data about a charity's effectiveness is the best way to make your pick. But there are drawbacks. 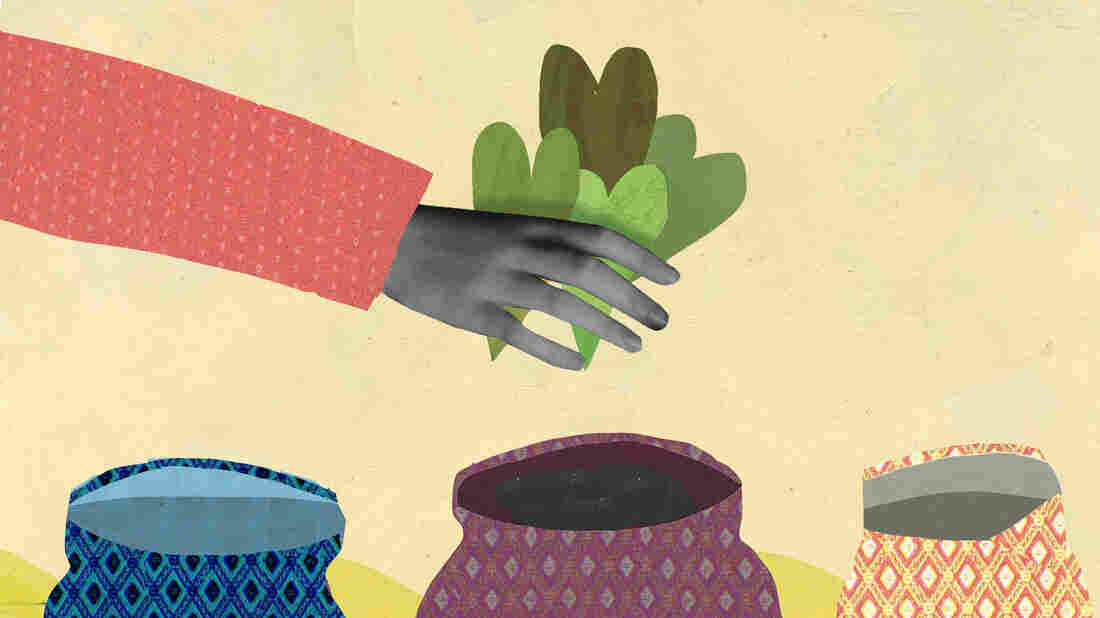 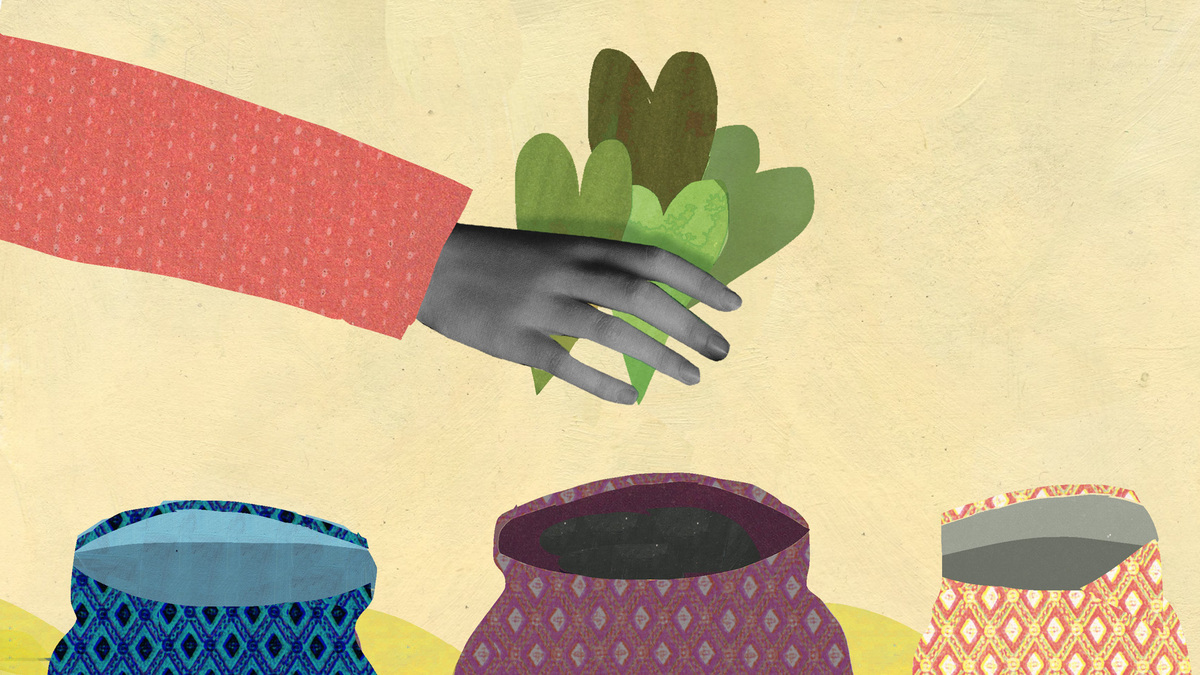 It's the fifth annual #Giving Tuesday — a holiday marketing tradition inspired by Black Friday, Small Business Saturday and Cyber Monday, but with a twist. Today thousands of charities are asking us to open our wallets. But how can we be sure the group we donate to is effective — that we're getting the most bang for our charity buck?

That question was vexing Elie Hassenfeld several years ago. He worked at a hedge fund, and he and a colleague wanted to give money to charity. Since they are numbers-oriented finance types, they wanted to maximize the results from their donation by finding groups that could offer the biggest impact per dollar.

"We were shocked by how little useful information was available," says Hassenfeld.

Sure there were the rating sites that show how much a given charity spends on overhead and point up any red flags suggesting possible mismanagement.

But that's not what Hassenfeld wanted to know: There was "nothing that said, 'this is how much a charity can accomplish with the donation that you give.' "

And so in 2007, Hassenfeld and his friend, Holden Karnofsky, decided to start a nonprofit called GiveWell. The mission: Come up with an annual short list of charities they can recommend based on hard evidence. But it turns out this data-driven approach has its own set of issues.

First off, it means GiveWell has to limit itself to recommending charities for which there is scientific proof of effectiveness.

"Randomized controlled trials [by academics and health organizations] of, for example, distributing malaria nets in Africa to see how consistently and how effectively that reduces cases of malaria and saves lives," says Hassenfeld.

According to GiveWell's analysis, passing out $5 bed nets against malaria-carrying mosquitoes saves a lot of lives. And that puts Against Malaria Foundation at the top of the group's seven picks for the 2016 giving season — unveiled on its website today.

The organization's data-driven approach leads to a list that may not sit well with all donors. For instance, many people feel particularly moved to help others who are close to home – say, by donating to a local homeless shelter or a youth arts program. But though GiveWell is based in the United States, the organization does not recommend donating to any charities that serve Americans.

"The needs are just so great overseas that a dollar goes a lot further there," explains Hassenfeld. For instance, he says, "donating something like $3,500 to Against Malaria Foundation saves the life of a child who would otherwise die of malaria. The equivalent amount [in the United States] would do something like pay for a couple months of schooling for one child."

A second challenge is the dearth of reliable data for many programs that focus on the world's poorest. While academics and international health organizations have done rigorous studies of health interventions, it's only in the last decade that economic development and empowerment programs have started being subjected to similar scrutiny.

So says Hassenfeld, "there might be outstanding programs and organizations that we would recommend if only there were more evidence assessing their impact. The fact that we don't recommend something doesn't mean we think it's ineffective." It may just means that no one has studied it.

He's very passionate on the subject. The worm is common among children in sub-Saharan Africa, causing cognitive and physical development delays, he notes. And according to GiveWell's analysis, Schistosomiasis Control Initiative can de-worm a kid for just 50 cents.

"When the worms are treated children may grow up to earn significantly more money in adulthood," says Hassenfeld. "So a very small amount of money may have really, really large long-term effects."

But Hassenfeld's argument for supporting schistosomiasis work points up a third issue with a data-driven approach to donation decisions. Social science research suggests rational, statistics-based appeals are not what motivate most people. Tell us about one child who needs our help and we're sold. Rattle off numbers about an obscure disease in a faraway place and a lot of us start to feel overwhelmed and turned off.

Hassenfeld doesn't disagree. "If my goal were to try to maximize the amount of money that I was able to raise for charity I wouldn't do it via numbers and analysis," he says. "I would do it via pictures and stories."

But he says GiveWell is trying to appeal to a narrower slice of the donor pool, "a particular type of person who's just thinking about their charitable giving in a very different way." For them, the very obscurity of schistosomiasis is a draw. "They say, 'This is not sexy, I haven't heard about this and here's a group that's done the analysis and they say this is one of the best ways I can donate and accomplish a ton of good.' "

In just nine years GiveWell has convinced about 14,000 people — largely technology and finance professionals under age 40, like the group's founders, to donate a total of more $100 million dollars to the charities it has selected.

Still, at least one of the charities on GiveWell's list is starting re-think the data-based pitch for donations.

It's a fairly new group called GiveDirectly, launched in 2009. And basically, it wants to take your cash and just hand it over to an extremely poor person. No strings attached. The beneficiary can spend the money however he or she sees fit.

That's can be a tough case to make, says Ian Bassin, who manages donor relations for GiveDirectly among other duties.

"I mean we are asking people to do something that I think most people instinctively psychologically are resistant to."

But he adds that GiveDirectly is motivated by cold hard facts: "It turns out that rigorous scientific evidence over the last ten to fifteen years has shown that actually giving people the power of choice to decide what their priorities are is one of the most effective ways to help the poor."

Maybe they end up spending the money on school tuition for a school. Maybe they decide to install a new roof that saves them expensive continual repairs. The point is, studies show that extremely poor people often know their needs best, and when you just give them the cash, over the long haul incomes rise, hunger goes down, there's even more gender equality.

But a few days ago they unveiled a new feature on their website: a running list of photos and profiles of the beneficiaries. To expand further, they've concluded that they need to reach a broader audience.

"There's a limit to how many of the sort of wonky evidence-type based donors that we could have," Bassin explains.