Accessibility links
Top U.S. AIDS Official Has Tough Words For Tanzania, Is Upbeat About Trump's Commitment To Fight HIV : Goats and Soda An interview with Dr. Deborah Birx, the U.S. Global AIDS coordinator. She says this is an "exciting" time in the global fight against the disease. 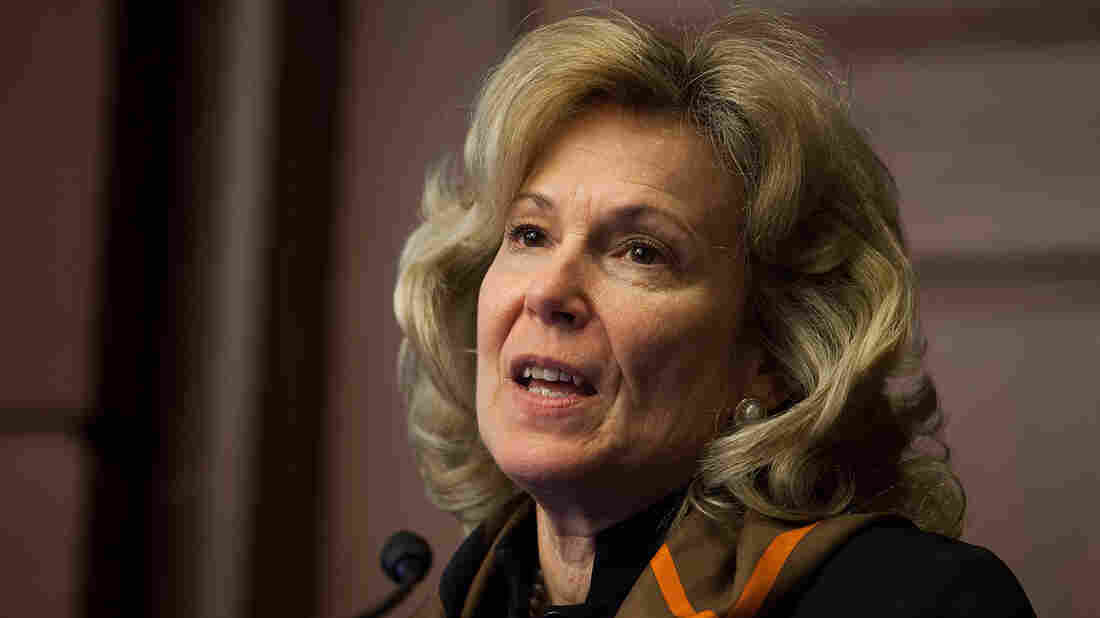 Each year, the United States gives $5 billion to $6 billion to fight HIV/AIDS around the world, with particular emphasis on sub-Saharan Africa, which accounts for two-thirds of the nearly 2 million new infections each year.

For World AIDS Day, we sat down with the U.S. Global AIDS coordinator, Deborah Birx, to talk about the state of the epidemic and the work of PEPFAR, set up by President George W. Bush in 2003 with the intention of saving the lives of people suffering from AIDS around the world.

Birx is a physician and lifelong civil servant. She's the former head of the U.S. Military HIV Research Program at the Walter Reed Army Institute of Research and directed the CDC's division of Global HIV/AIDS before becoming the U.S. Global AIDS Coordinator in 2014.

While some other people see AIDS fatigue settling in, Birx says this is an "exciting" time in the global fight against the disease.

The conversation has been edited for clarity and length.

So there's a new administration coming in at the White House. You serve at the discretion of the president, right?

What are your plans? Do you want to stay?

It would be a privilege to stay. Because this is an amazing program.

A lot of people in the HIV/AIDS world wonder how a Trump administration will approach U.S. funding for efforts to fight HIV. The U.S. has poured billions of dollars into this effort and I've heard concerns from AIDS activists that the incoming president might slash funding for PEPFAR.

I don't see that as a possibility at all. I can't imagine that a new administration would be anything but positive about what we've been able to do and what we can do in the future.

When President Bush announced this plan, it was so amazing that a president would care so much about people around the globe — and recognize what a privilege it is to be an American and say, "We can do something."

If we are able to continue on and focus and do what we need to do, this will be the president that will have the ability to say: We controlled the epidemic in these 10 or 15 [African] countries that had the highest burden.

Why Can't We Bring Down The Number Of New HIV Cases?

Despite huge progress against this epidemic, the world continues to report about 2 million new HIV infections every year. Is this a sign that the fight against this disease has stalled?

That's a critical question. And we've been trying to figure out how to explain this to people.

The fact that we only have 1.9 million new infections when we have 100 percent more 15- to 24-year-olds is really astounding. Because the number [of new infections] should have gone to 3 million.

What has happened is that the Millennium Development Goals were enormously successful and improved under [age] 5 survival. But no one really planned that those 5-year-olds would become 15-year-olds. So that has created a youth bulge and that is the most vulnerable group to HIV. If you add 40 to 50 million additional people every 2 to 3 years to that risk group, just looking at new infections misses the progress that we continue to make.

The East African nation of Tanzania is a major recipient of PEPFAR funding. In October, Tanzania launched a crackdown on gay men and on HIV outreach programs aimed at gay men. Some of those programs are funded by PEPFAR.

I want to be incredibly clear: The United States stands for a public health approach to the HIV/AIDS pandemic.

You cannot isolate a group and say you're not going to serve their needs.

For one thing, there's a lot of bisexual behavior within the MSM [Men who have Sex with Men] community in sub-Saharan Africa.

We have made it incredibly clear that this [PEPFAR] is a response for 100 percent of the people at risk for HIV/AIDS. And I think if there comes a time when it becomes clear that the government of Tanzania doesn't believe that everyone in their country deserves access to health care, that would be difficult for us to continue that kind of investment in Tanzania. And I think it's something we watch for every day. And we have to believe that the government of Tanzania understands that they have to serve all communities.