Accessibility links
A Mummy's DNA May Help Solve The Mystery Of The Origins Of Smallpox : Goats and Soda Scientists have found the oldest complete set of smallpox genes in a sample of skin from a mummified child in a crypt underneath a Lithuanian church. 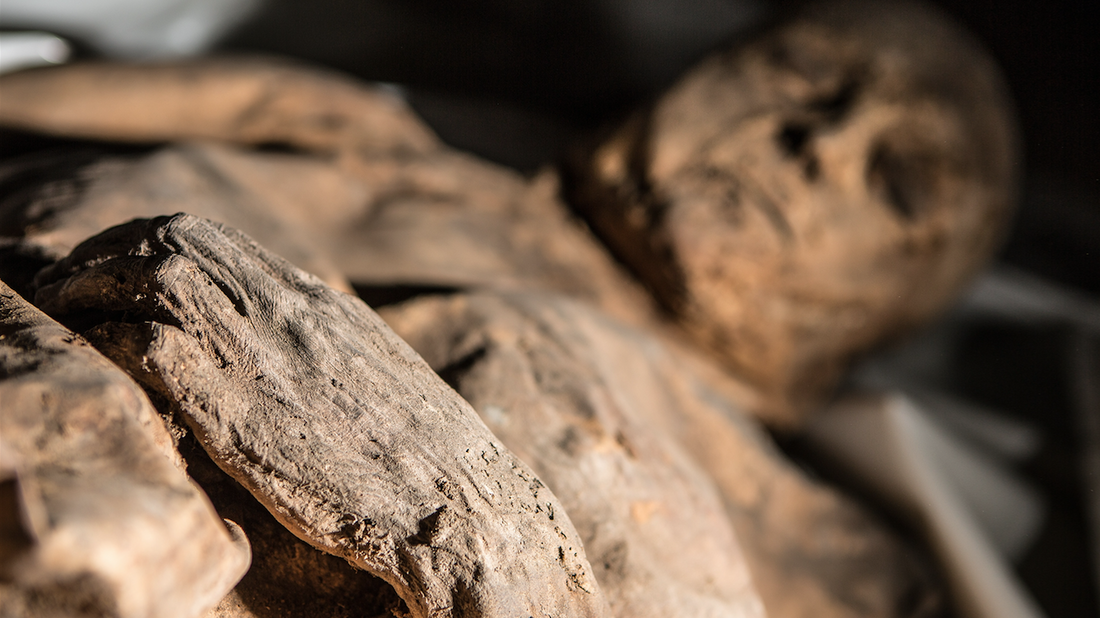 The surprise find of smallpox DNA in a child mummy from the 17th century could help scientists start to trace the mysterious history of this notorious virus.

Smallpox currently only exists in secure freezers, after a global vaccination campaign eradicated the virus in the late 1970s. But much about this killer remains unknown, including its origins.

Now scientists have the oldest complete set of smallpox genes, after they went hunting for viral DNA in a sample of skin from a mummified young child, probably a boy, that was found in a crypt underneath a Lithuanian church. 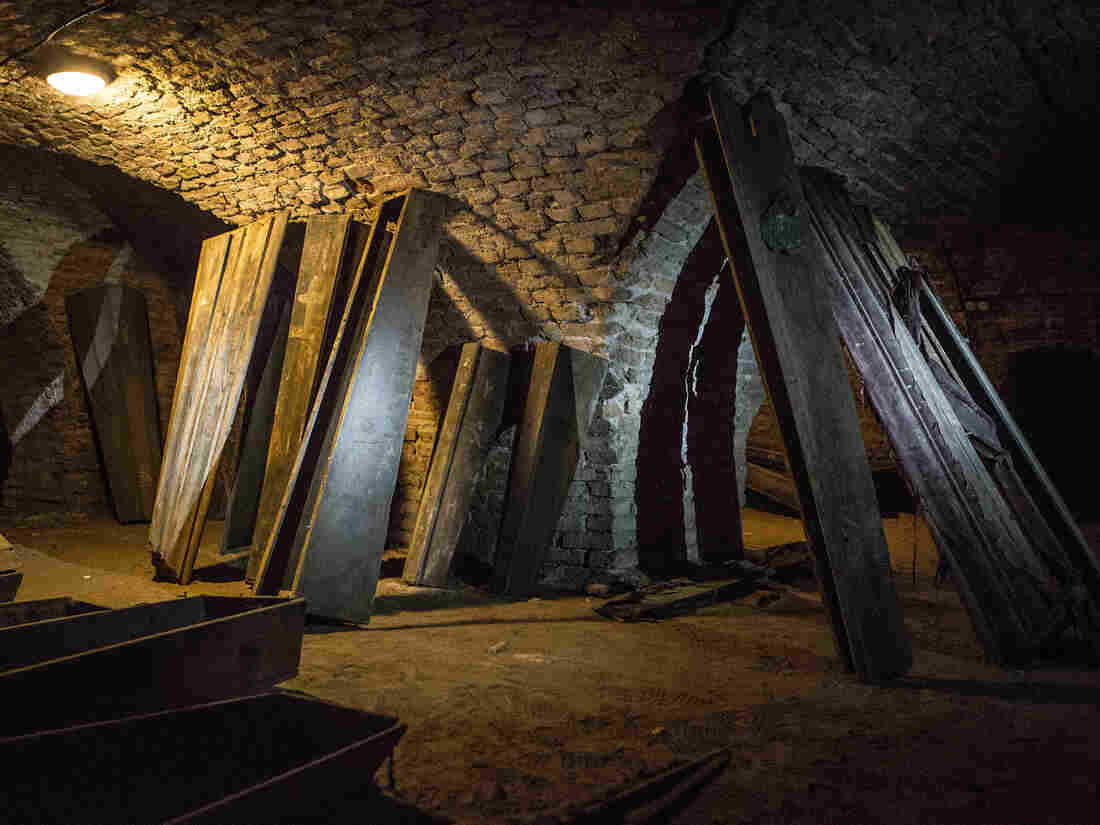 The child mummy was found in this crypt in a church in Lithuania. Kiril Cachovski/Lithuanian Mummy Project hide caption

"While ancient pathogen research is kind of a booming field right now, most of what's been done is actually bacterial. There's very little viral work," says Ana Duggan, a researcher at McMaster University in Canada, who explains that the original goal of this study was just to see what kind of viruses might be detectable in this centuries-old sample.

The team was not expecting to find smallpox, but there it was — even though the remains of the child showed no signs of the disease, like pockmarks.

Henrik Poinar, director of McMaster University's Ancient DNA Center, says the smallpox virus is unusual because it doesn't infect other animals. "It seems really to be human specific," he says, noting that other pox viruses out in nature, like camelpox and gerbil pox, do infect animals.

So if smallpox originally jumped into humans from an animal, scientists have no idea what animal it was or whether that species is still out there. "I find that fascinating," says Poinar. "This is a major pathogen that's caused tremendous mortality and morbidity in humans."

And it has had a major effect on human history. For example, historians think that Native Americans were decimated by smallpox brought to the New World by Europeans.

Scientists have assumed the virus must have been infecting people for thousands of years. And there's some evidence to support that, like pockmark scars on the 3,000-year-old remains of Egyptians.

"Whether or not those are real smallpox or measles or chicken pox or something else remains, I think, a question," says Poinar.

Tribute: The Man Who Led The War To Kill Smallpox

So once he and his colleagues found that smallpox DNA from the child who lived around 1665, they were eager to compare it to DNA from more recent smallpox strains collected from the 1940s to 1970s.

What they saw suggests the timeline of the kind of smallpox eradicated in the 20th century may not go back as far as scientists have thought. The common ancestor among all these strains seems to be pretty recent, from around 1588 to 1645.

"That date is coincident with many outbreaks within Europe," says Poinar, who notes that historical records suggest that a shift occurred about that time, with smallpox seeming to infect more people and become more virulent.

Paul Keim, a biologist at Northern Arizona University who has used DNA of ancient plague bacteria to help trace the history of that disease, says the smallpox find is fascinating — but since they have only one ancient example so far, you can't draw too many conclusions.

"All we can really say is that the smallpox that was trafficking around the world at the end of its existence [in the 1970s] can be traced back to the 17th century," says Keim. "There were other models out there that were arguing that contemporary strains had gone back thousands of years, and that doesn't look like the case."

It's probable that there are other strains of smallpox that circulated way back when, says Keim, and as scientists find more ancient samples of smallpox DNA, they'll be able to better understand the history of this storied virus — as well as the way it has affected humanity.