Accessibility links
Amid Civil Unrest, South Sudan Inexplicably Expels Aid Workers : Goats and Soda At a time when South Sudanese need aid more than ever, staffers from one of the biggest humanitarian groups in the country were expelled — with no explanation. 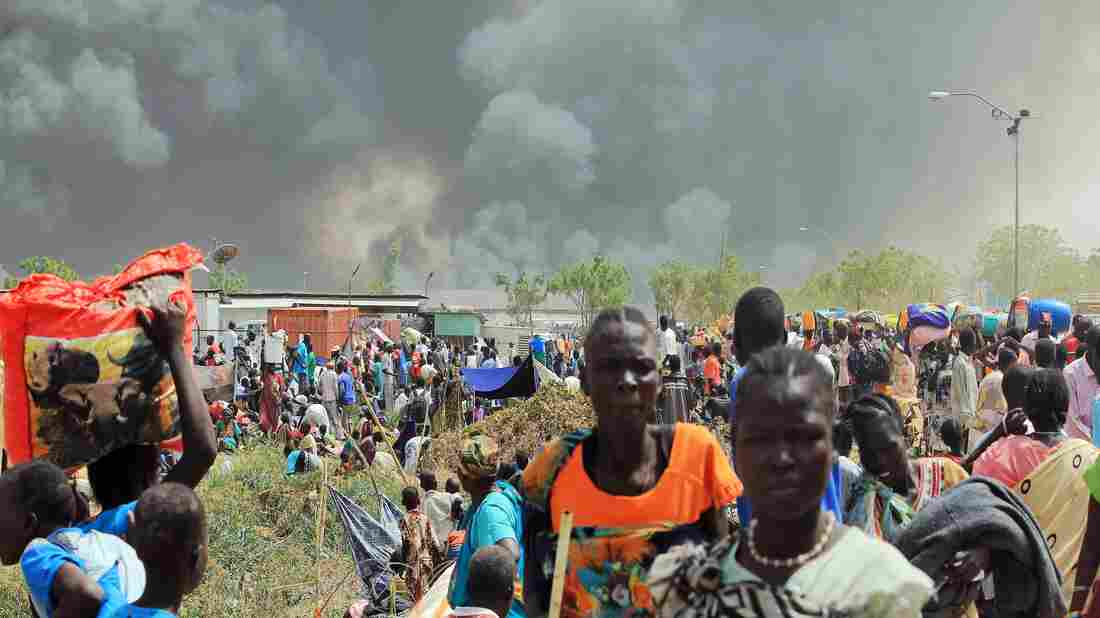 Earlier this year, thousands of South Sudanese civilians fled an attack by armed gunmen on a displaced persons compound run by the U.N. in the northeastern town of Malakal. Justin Lynch/AFP/Getty Images hide caption 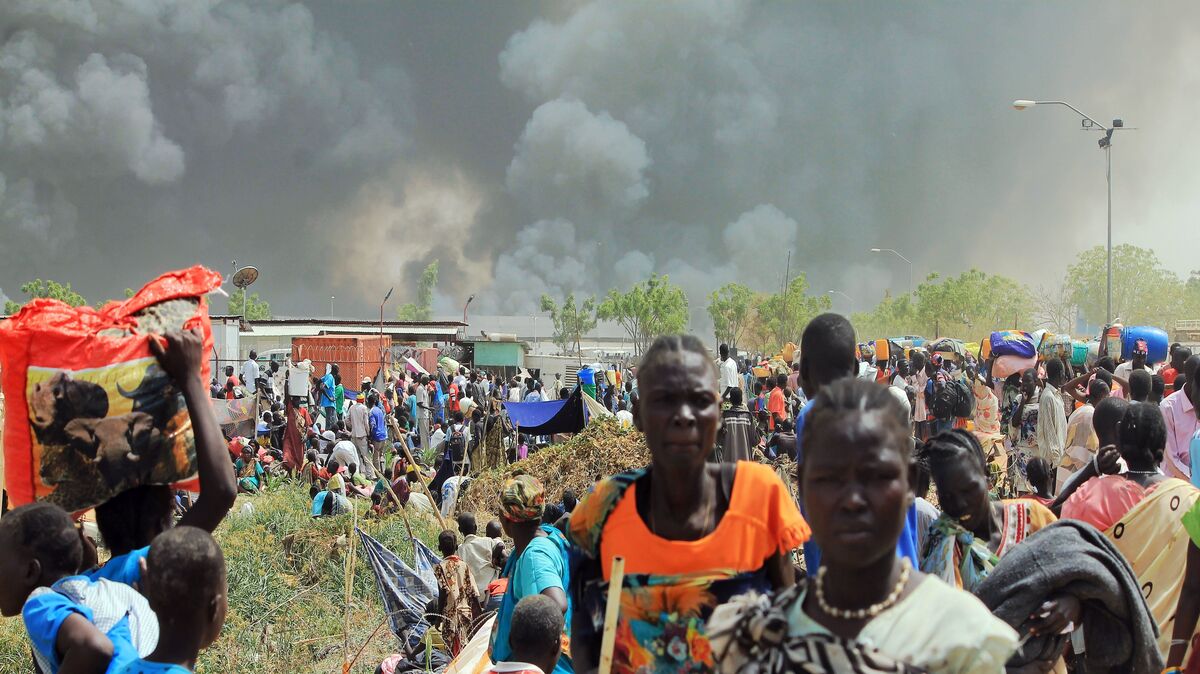 Earlier this year, thousands of South Sudanese civilians fled an attack by armed gunmen on a displaced persons compound run by the U.N. in the northeastern town of Malakal.

Over the last week, South Sudanese authorities expelled two top officials from the Norwegian Refugee Council, one of the largest international aid groups working in the country.

"It's hugely concerning ... in part because we truly don't know why," says Joel Charny, head of the Norwegian Refugee Council's U.S. office. "For no reason whatsoever, our country director is detained for nearly 24 hours and then asked to leave. Now an area manager is asked to leave. It's puzzling because we don't know what we've done wrong."

Fears Of Genocide In The World's Newest Nation

The South Sudanese authorities gave no explanation for the deportations.

The United Nations has condemned the decision by South Sudan. As an ethnically charged civil war escalates, the U.N. and other aid officials say South Sudan is becoming one of the most difficult and dangerous places in the world for humanitarian groups to operate.

The U.N. has warned that South Sudan could be headed toward a Rwanda-like genocide. Human rights groups say the expulsion of foreign aid workers is part of a growing campaign to get rid of independent witnesses and stifle public dissent.

The 3-year-old war has driven more than 3 million people, or roughly a quarter of the population, from their homes. Crops have been destroyed. The economy is in a free fall with inflation projected to hit 900 percent this year. Heavily armed young men loyal to various leaders are jockeying to control different parts of the country.

Charny at the NRC says his organization has been working in South Sudan for more than a decade. The NRC's focus is getting food, water and shelter to South Sudanese who've lost everything in the ongoing conflict. And Charny says NRC wants to continue working in South Sudan but "it's an incredibly difficult context right now. All the ethnic tensions. The feeling that we are in a situation that could blow at any moment. There's virtually no infrastructure outside the capital. I mean South Sudan is one of the hardest places to work in the world."

He says the NRC's operations in South Sudan are continuing, but the removal of two of the agency's top administrators is now making the aid group's work even more difficult.

"It's hard to function without a leader," he says.

He also says the NRC is now questioning whether it can operate effectively and safely in South Sudan. The South Sudanese ministry of information didn't respond to two requests for comment on this from NPR.

AP Reporter Deported From South Sudan, A Country At Risk Of Genocide

The Norwegian Refugee Council isn't the only agency that's recently run into trouble in the country. Last week, a reporter working for The Associated Press was deported. In November, staffers from two other international aid groups were kicked out.

Amanya Joseph, the acting executive director of the Human Rights Development Organization in Juba, fled the country in August after getting death threats.

After he met with a U.N. fact-finding mission on the prevention of genocide, Joseph says "people were calling to find my location and saying 'you've betrayed your country.' "

"When a country is at war like this, anything can happen. Either you'll be killed under the pretext of unknown gunmen or you'll be kidnapped by national security. These are real threats," he says. He was also involved with an organization that was trying to set up a peace and reconciliation process to heal the country when and if the civil war came to an end.

And it's not just human rights advocates who are under attack. The U.N. reports that violence against aid convoys and humanitarian workers have been steadily increasing. Last month, the U.N. recorded that there were 100 incidents in which humanitarian access was blocked. Two-thirds of those incidents involved violence or looting.

"Humanitarian workers face threats and intimidation on a daily basis," says Yasmin Sooka, the head of the U.N. Commission on Human Rights in South Sudan.

Testifying yesterday at a United Nations meeting in Geneva, she said these attacks are being committed with impunity. Her commission recently held several fact-finding trips to South Sudan in which they found that independent voices, whether they are local activists, journalists or foreign aid workers, are being silenced. The commission also found evidence of orchestrated sexual assaults and ethnically driven attacks.

"The Commission's recent visit to South Sudan suggests that a steady process of ethnic cleansing is already underway in some parts of the country. We don't use that expression lightly," she says. "Targeted displacement along ethnic lines is taking place through killing, abductions, rape, looting and burning of homes."

The escalating conflict has made millions of South Sudanese dependent on international food aid just to survive. Now harassment by the government and other armed groups is making it increasingly difficult for international agencies to even deliver that assistance.