Accessibility links
Study: What Was The Impact Of The Iconic Photo Of The Syrian Boy? : Goats and Soda Researchers from the University of Oregon wanted to know if the emotional response to the image translated into greater charitable support for Syrian refugees.

Editor's Note: The photos in this story may be distressing to some viewers.

More than one year later, the photo that woke up the world to the Syrian refugee crisis remains indelible: three-year-old Aylan Kurdi lying face down on a sandy beach in Turkey. The Syrian boy's lifeless body had washed ashore after the rubber boat carrying him and his family — to what they had hoped would be new lives in Greece — capsized. 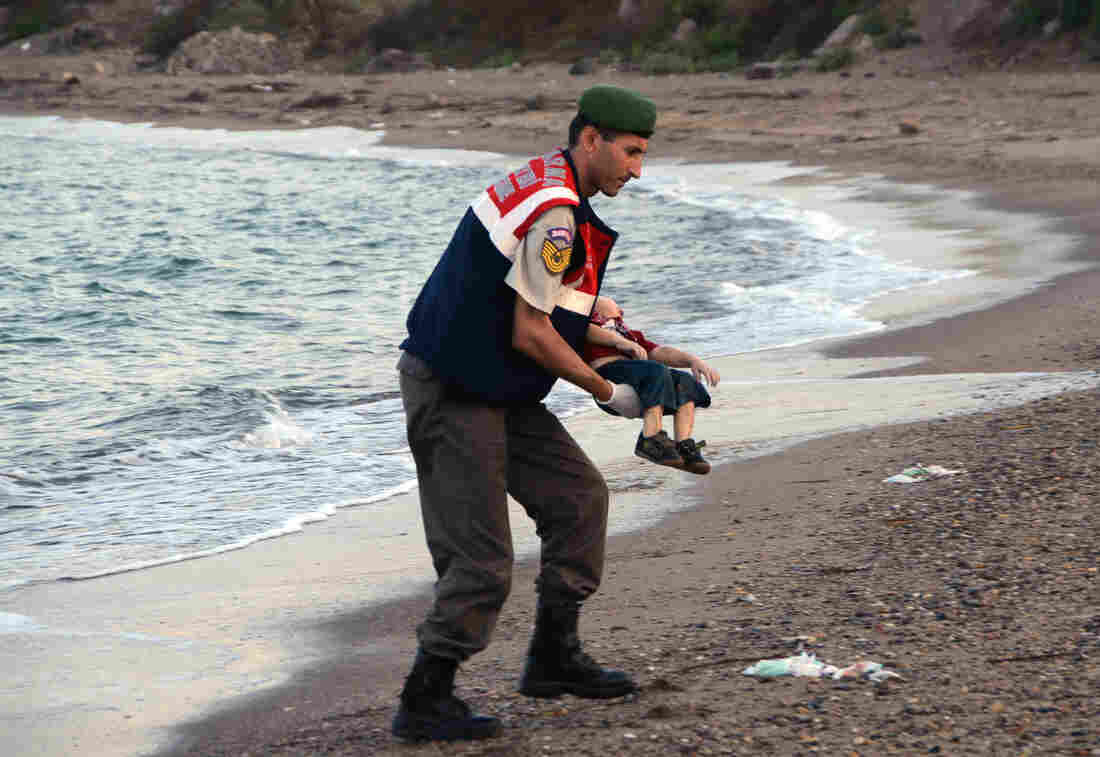 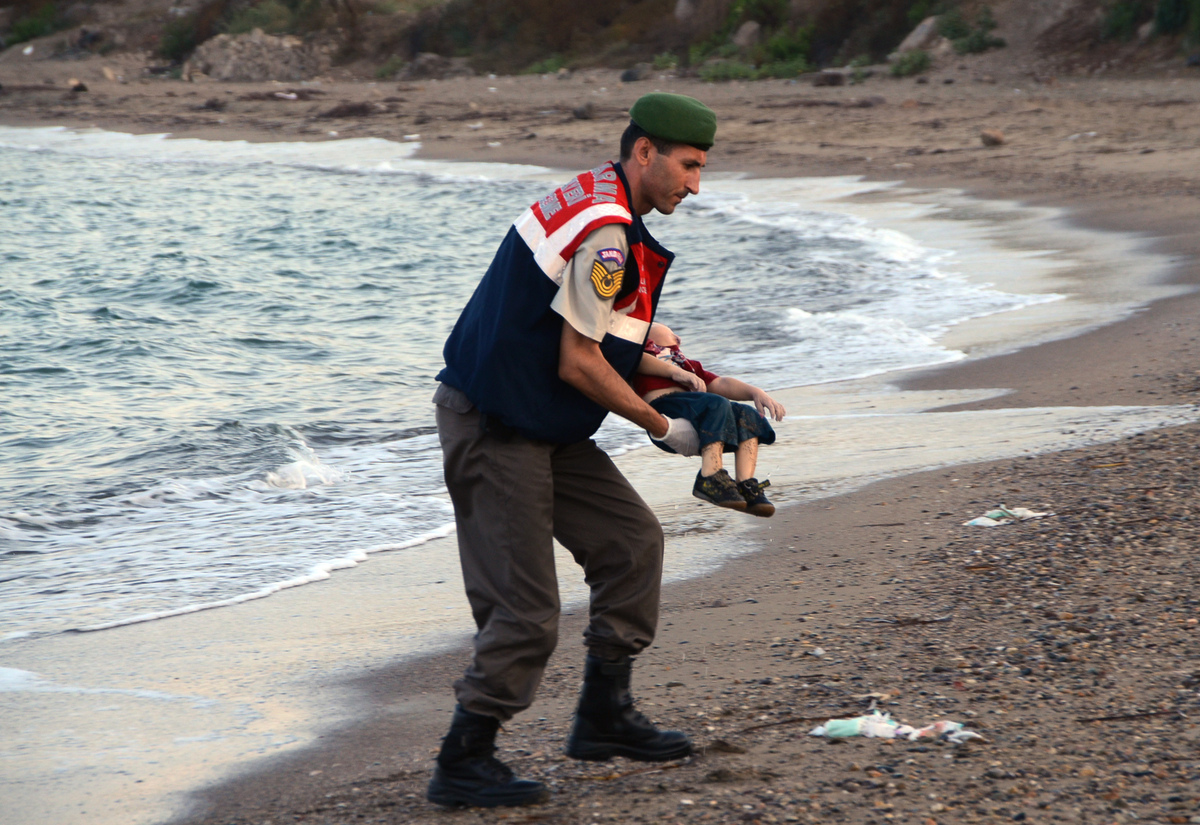 Now the image has become the focus of a study examining how a single photo of a single individual could stir the emotions and arouse public concern more powerfully than statistical reports of body counts, which at that point — five years into Syria's civil war — had reached the hundreds of thousands.

Until the photo appeared in September 2015, people did not seem focused on the humanitarian crisis in Syria. But Aylan's photo mobilized empathy and concern, soon bringing in record donations to charitable organizations around the world to aid the victims.

As the study shows, however, such immediate outpourings can be short-lived. The number of average daily amount of donations to the Swedish Red Cross campaign for Syrian refugees, for instance, was 55 times greater in the week after the photo (around $214,300) than the week before ($3,850). By the second week, the donation totals had already begun to decline, but still topped $45,400. After six weeks, the amount had leveled further, down to around $6,500 — less than in the previous weeks but nonetheless higher than the original figure.

Still more promising, there was a 10-fold increase of the number of monthly donors signing up for repeated contributions, growing from 106 in August 2015 to 1,061 in September 2015, with only .02 percent of them opting out of the commitment by January 2016. From this, the study concluded, iconic photos may lead to some sustained commitment even beyond the immediate surge of donations.

To learn more about how the photo powered our emotions, we spoke to the report's lead researcher, Paul Slovic, a University of Oregon psychology professor and president of Decision Research, a nonprofit organization that studies human judgment, decision-making and risk perception.

The interview has been edited for clarity and length.

How did you measure the emotional impact of this photo?

We looked at the number of Google searches for "Syria" and "refugees" and "Aylan." Before, there was very little interest in the Syrian refugee crisis. Afterward and for approximately the next month, the searches [for each of these terms] spiked.

We also looked at donations to the Swedish Red Cross, which set up a fund specifically to aid the Syrian refugees.

Not only did the photo wake people up to make an emotional connection to the situation in Syria. But where people had an avenue for action, like donating, they did.

Why did this photo in particular carry such an impact? What is the psychology behind that?

It is an open question why this photo among so many stands out. In my opinion, there are a number of things going on. One is that the child is very young, nicely dressed and looks like he could have been one of our own kids.

Another is the situation: He is coming with his family seeking a new life, and they were so close yet not quite making it. That adds to the special story. Another element is that we don't quite see his face, you see the side of his face, so you can project onto him the face of someone you know. You cannot distance yourself as easily.

In your paper you mention other emblematic photos, like that of the naked 9-year-old Vietnamese girl fleeing a Napalm attack. Is it easier to have empathy for one person who is suffering than to feel compassion for large numbers of people who are suffering?

It's not that people are not compassionate. But that compassion has to be aroused, and the data shows that the photograph helped do that.

In addition to the cognitive impact that [a humanitarian crisis] is happening, you have to [evoke] emotion and feeling. Emotion is a critical factor in helping us understand an event, and it is a motivator that impels action as opposed to just abstract thoughts. Writers know this [when they] impress upon us the importance of a larger issue by telling the story through the eyes of one individual.

In other words, you can identify with an individual but not so easily with an abstract statistic?

We call Aylan an "identified individual victim." It is similar to the way The Diary of Anne Frank and Eli Wiesel's Night also helped galvanize attention to the Holocaust.

Aylan's photo provided a window of opportunity for individuals to give and to feel [empathy] for the situation, and that is good.