Accessibility links
Superbug That Killed A Nevada Woman Resisted 26 Antibiotics : Goats and Soda How close are we to the point when a bacterial infection can resist all available antibiotics? A case in Nevada, reported this past week in the CDC journal, says that we're already there. 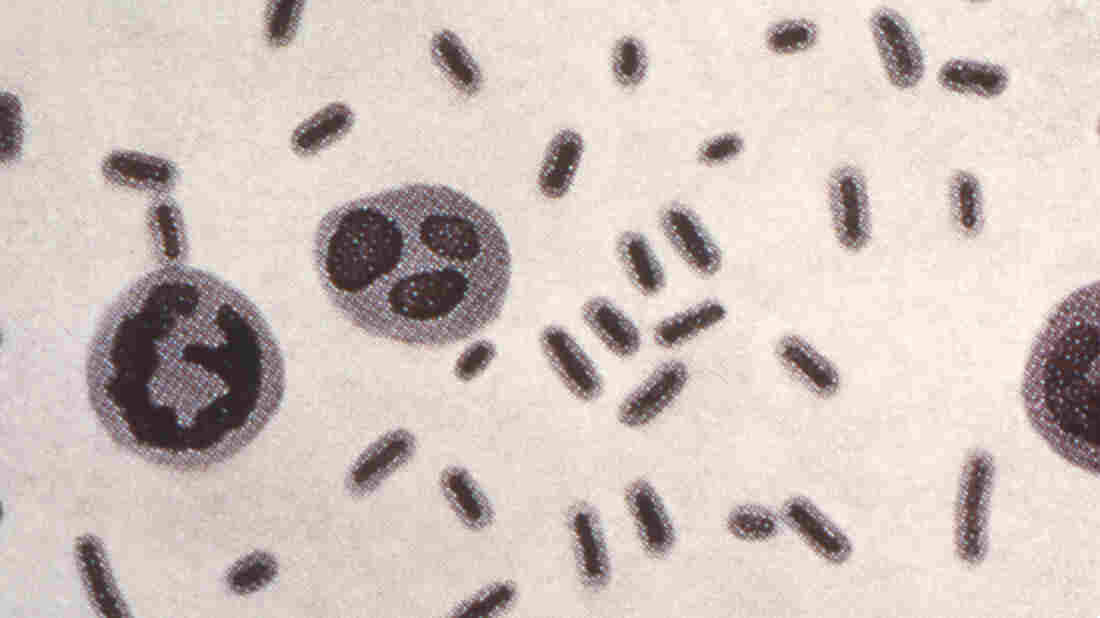 This illustration depicts Klebsiella pneumoniae bacteria, which can cause different types of infections, including pneumonia, bloodstream infections and meningitis. CDC hide caption 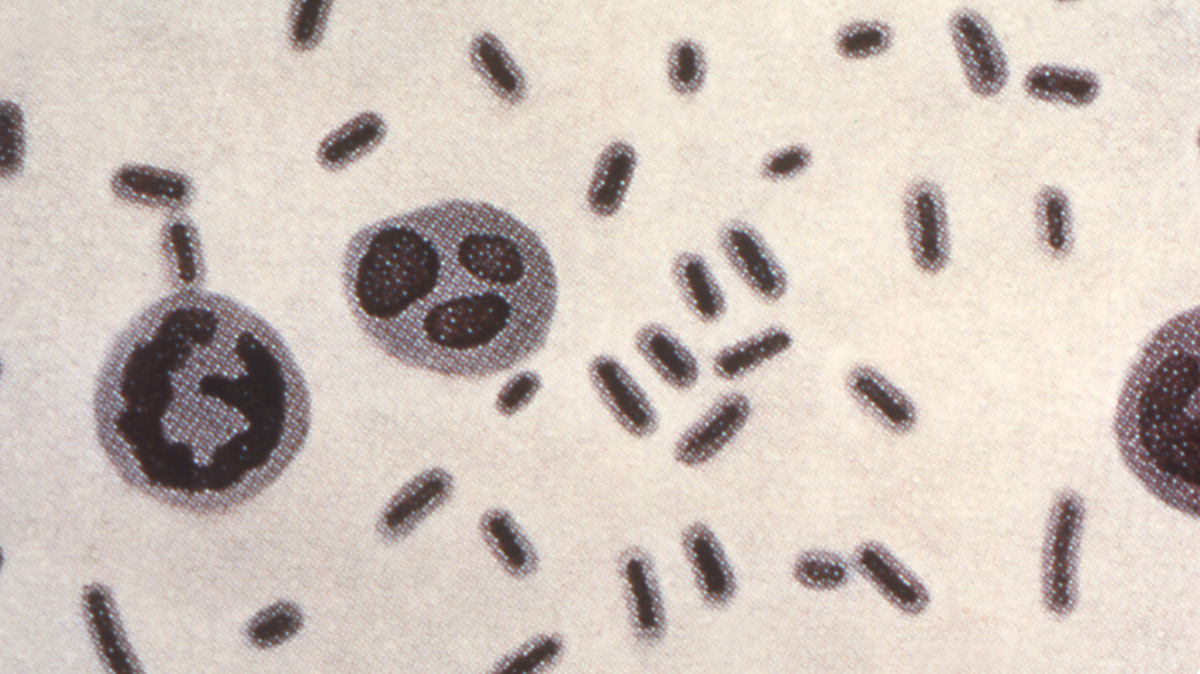 This illustration depicts Klebsiella pneumoniae bacteria, which can cause different types of infections, including pneumonia, bloodstream infections and meningitis.

"People keep asking me, how close are we to going off the cliff," says Dr. James Johnson, professor of infectious diseases medicine at the University of Minnesota. The cliffside free fall he is talking about is the day that drug-resistant bacteria will be able to outfox the world's entire arsenal of antibiotics. Common infections would then become untreatable.

Here's Johnson's answer: "Come on people. We're off the cliff. It's already happening. People are dying. It's right here, right now. Sure, it's going to get worse. But we're already there."

His declaration came in response to a report of a woman in Nevada who died of an incurable infection, resistant to all 26 antibiotics available in the U.S. to treat infection. Her death was reported in the Jan. 13 Morbidity and Mortality Weekly Report, published by the Centers for Disease Control and Prevention. That kind of bacterium is known as a "superbug," which belongs to a family of bacteria resistant to antibiotics. In cases like the Nevada woman, who was infected with Klebsiella pneumoniae, the term "nightmare superbug" has been coined because this particular specimen was even resistant to antibiotics developed as a last resort against bacterial infection.

People in the U.S. have died from so-called superbug infections before. The CDC estimates that 23,000 die every year from multidrug-resistant infections. A British report, The Review on Antimicrobial Resistance, estimates that globally, 700,000 people die each year from infections that are drug-resistant. In many of those cases, the infection's resistance was discovered too late, perhaps before a last-line, effective drug was finally initiated. In poor countries, those newer, more expensive antibiotics often are not available.

The Nevada case is different in that resistance was discovered early in treatment, but even the drugs seen as the last line of defense didn't work. "This one is the poster child because of resistance across the board," Johnson says.

The woman described in the report was in her 70s and treated in a hospital in Reno. About two years ago, on an extended visit to India, she broke a thighbone, according to the report. She had several hospitalizations in India because of infections, says Dr. Lei Chen, of the Washoe County Health District in Reno and an author of the MMWR report. When the patient was admitted to the Reno hospital, health workers discovered that the bacteria specimen tested was resistant to a class of antibiotics called carbapenems — carbapenem-resistant enterobacteria. "Before, we could go to carbapenems, and they could reliably squash the bugs," says Johnson. "This case broke down even our last great gun."

The woman's most recent hospitalization for infection in India had been in June 2016. She was admitted to a hospital in Reno in August, and state health department officials were notified that she had CRE. "Lab results showed she was resistant to all 14 drugs we tested," says Chen. Further tests at the CDC lab showed resistance to 26 antibiotics. She died in September of multiple organ failure and sepsis. "This was my first time to see such a resistant pattern," says Chen.

CRE infections are rare in the U.S. The CDC does not require that hospitals report CRE cases but estimates that some 175 cases have been reported in the states as of January 2017. "The majority of [CRE] cases still respond to one or two classes of antibiotics," says Chen.

CRE infections are more common in India and Southeast Asia. The reasons aren't clear, but all infections spread more easily in parts of the world with inadequate sanitary facilities. Then, as people cross borders and board airplanes, the bacteria spread in the same way that brought CRE to Reno. That's why Dr. Randall Todd, director of epidemiology and public health preparedness at the Washoe County Health District, says all hospitals should double down on preventive efforts, including a travel history. "It's important that health care providers and hospitals keep in mind that our world is ever shrinking," he says. "When someone comes in, it's important to know where in the world they've been."

Then, if CRE or other resistant infections are diagnosed, the hospital can set up appropriate precautions, like isolating the patient, and immediately start lab tests to try to find an effective antibiotic.

But in this case, there was no effective antibiotic. "And we're going to see more of these, from a drip, drip, drip of cases to a steady drizzle to a rainstorm," predicts Johnson. "It's scary, but it's good to get scared if that motivates action."

The action needed is to use antibiotics wisely, in people and in animals, so strains of bacteria don't get a chance to develop resistance, says Johnson. And to continue research into development of new antibiotics. "We do have some new drugs coming along, so there's hope," he says. But as new antibiotics become available, "we have to use them selectively, not willy-nilly."