Accessibility links
Why Is Extensively Drug-Resistant TB On The Rise? : Goats and Soda There are two main theories. A new study of South African patients points to the scarier of the two. 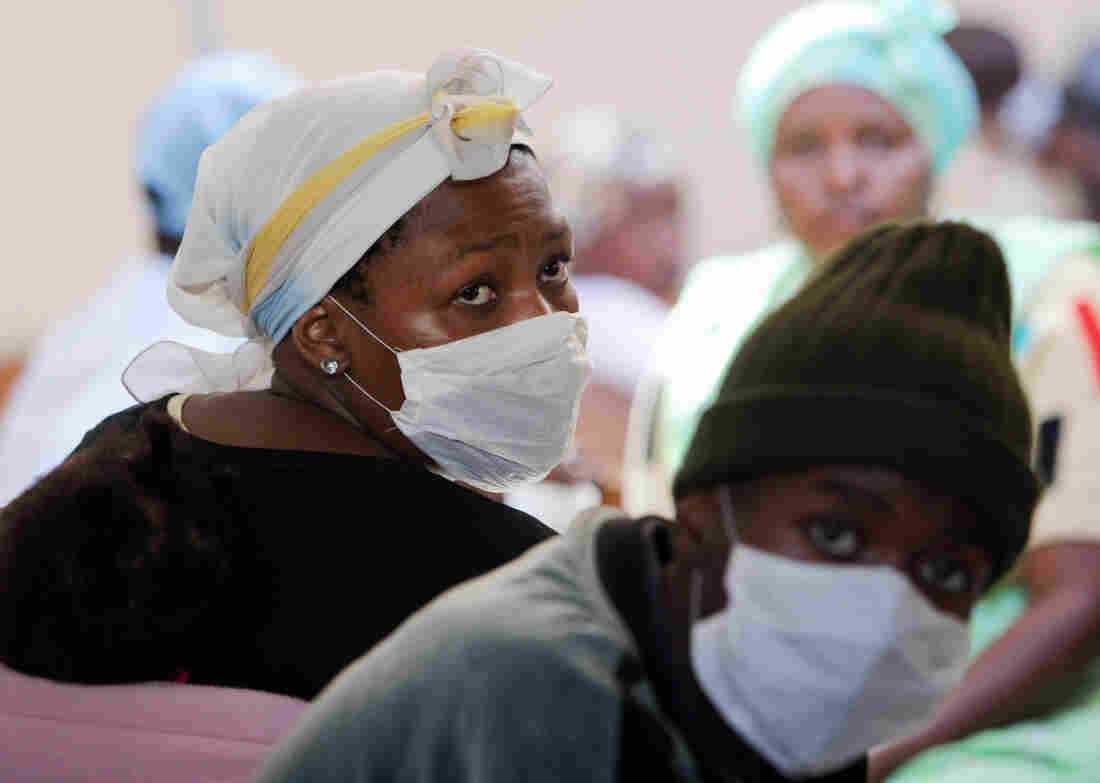 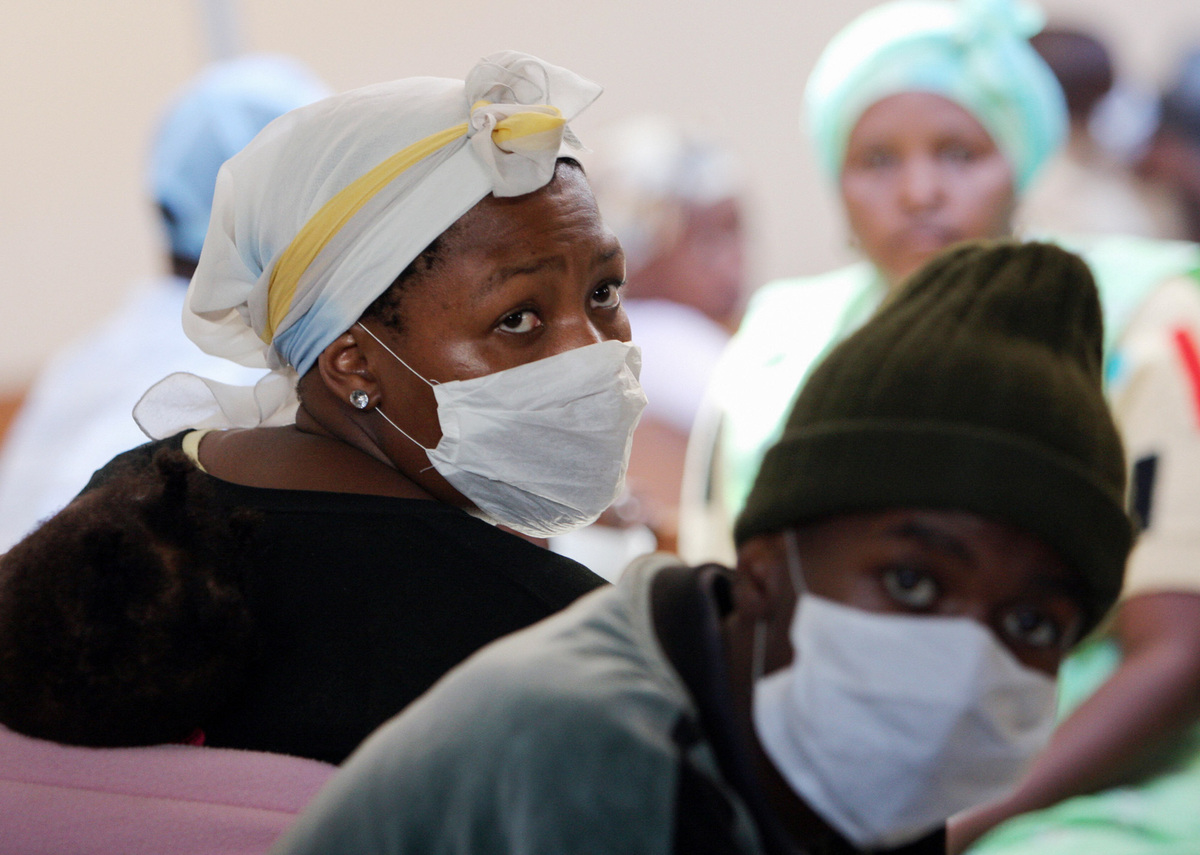 Patients in a tuberculosis center in South Africa.

One of the big questions about extensively drug-resistant tuberculosis is whether this severe form of the disease is on the rise due to a failure of medications or if it's spreading through the air.

A new study of more than 400 patients in South Africa finds, unfortunately, that the answer appears to be the latter. Airborne transmission is the driving force behind a spike in extensively drug-resistant tuberculosis (XDR-TB) in South Africa, according to a report just published in the New England Journal of Medicine.

"The majority of the new cases, two-thirds of the cases in fact, were due to person-to-person transmission," says Dr. Sarita Shah, lead author of the study.

"What was surprising is that previously the assumption had been that drug- resistant TB is primarily caused by failure to treat TB effectively. This [study] really overturns our thinking and provides the evidence that the vast majority of XDR-TB cases are caused by direct transmission."

This means that if you're sitting in a doctor's waiting room next to a person with XDR-TB who's coughing and sneezing, you could catch a potentially fatal disease that in a best case scenario takes a year and a half of intense treatment to cure.

"Six to 9 of those months are taking an injectable drug. It's painful. It has side effects. For the remaining months, you're taking other drugs with really difficult side effects."

These side effects include serious nerve damage, rashes, jaundice, vomiting, even permanent hearing loss. And patients who are treated have only about a 1 in 4 chance of successfully defeating the infection, according to the World Health Organization.

The only good news is that the overall number of cases of XDR-TB globally is still relatively low.

WHO estimates that there were roughly 6 million new TB cases in 2015. Of those roughly 600,000 were drug resistant, and 10 percent of those, or 60,000, were extensively drug resistant. To be labeled XDR-TB the tuberculosis bacterium has to be resistant to at least four of the most common antibiotics used against TB. As these bacterium develop more and more resistance to the current drugs, some strains of TB have become essentially untreatable.

He Thinks He Caught TB From A Wildebeest

Which is incredibly worrisome to public health officials when you're talking about a potentially deadly airborne disease.

Dr. Shah, who's with the U.S. Centers for Disease Control and Prevention's global TB branch. says this new study underscores the need to control tuberculosis early and to put in to place measures to stop airborne transmission, particularly in hospitals and clinics. This means diagnosing cases early and putting in place procedures to block transmission in health-care settings. Special ultraviolet lights can kill the bacteria, adequate ventilation can make it less likely to linger on a hospital ward. And getting people to wear masks can also reduce the chances of transmission.

"The treatment for XDR-TB is really difficult, long and not very effective with the drugs we have," she says. "So prevention is really the key to stopping this epidemic."