Accessibility links
Thinking About Going To A Rally? Read This Activist's Advice First : Goats and Soda Duncan Green, a 35-year veteran of social justice and the author of a new book called 'How Change Happens,' says the real work happens after a protest.

Thinking About Going To A Rally? Read This Activist's Advice First

Thinking About Going To A Rally? Read This Activist's Advice First 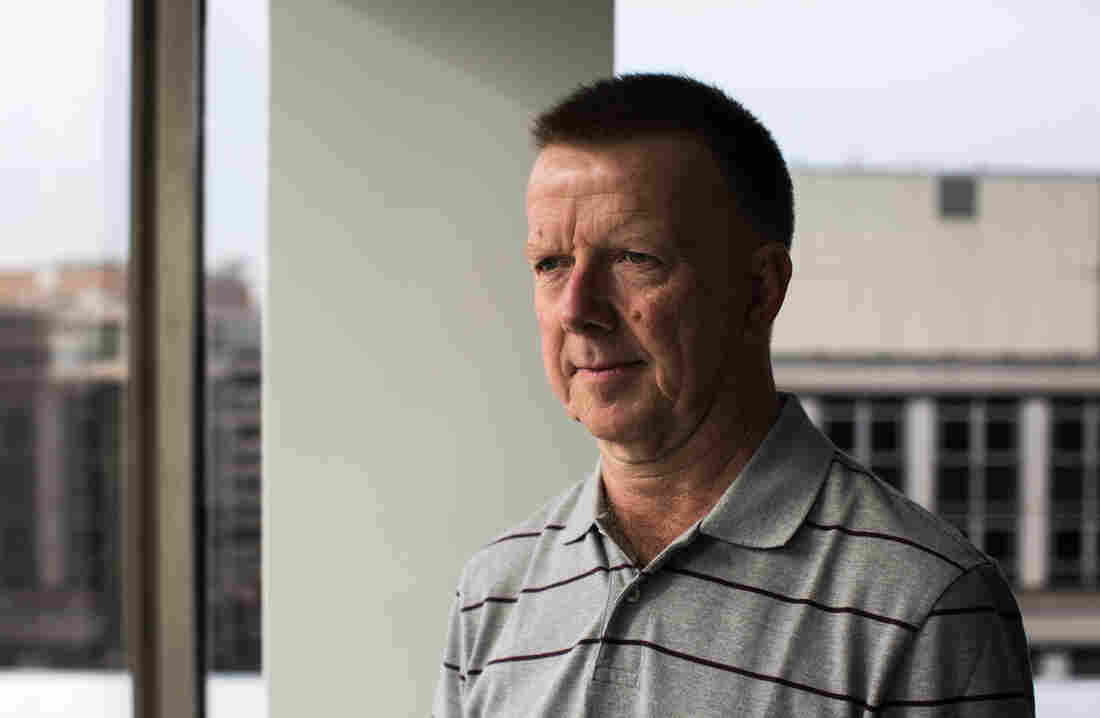 Duncan Green, author of "How Change Happens." He says of activism: "There has to be a little part of you that acknowledges doubt, ambiguity and uncertainty. You have to have room to change direction." Ben de la Cruz/NPR hide caption 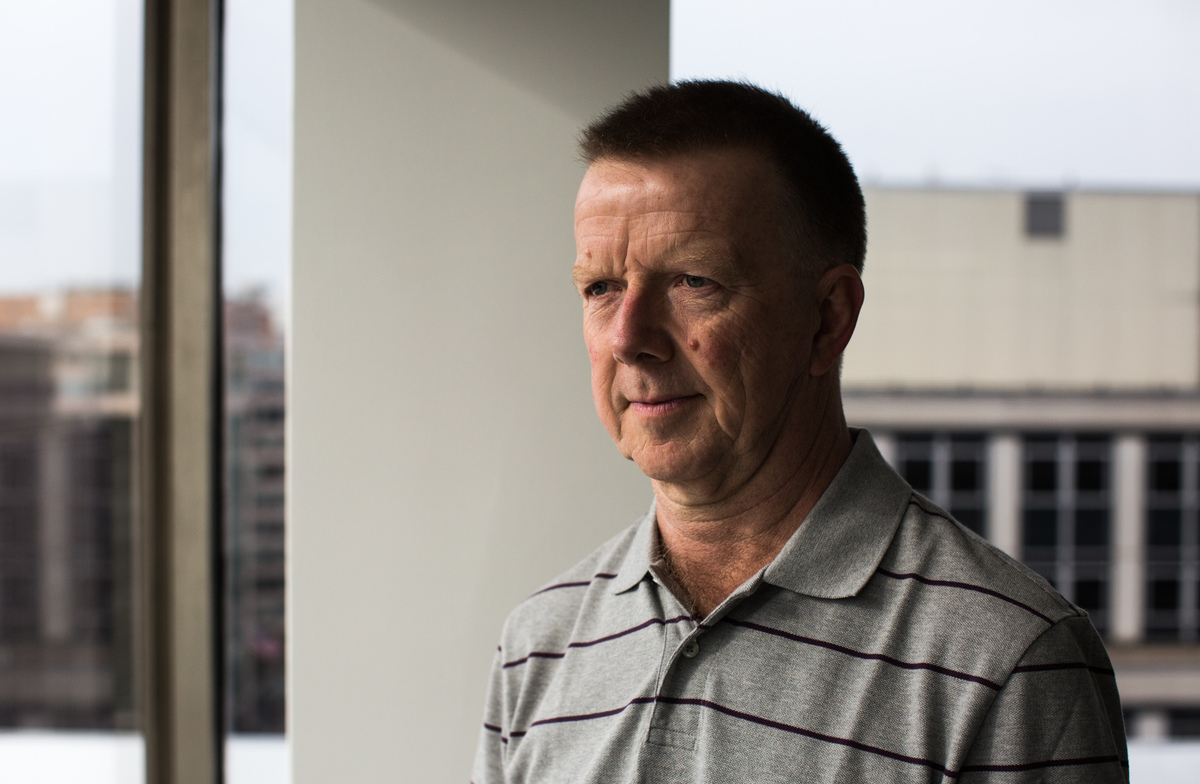 Duncan Green, author of "How Change Happens." He says of activism: "There has to be a little part of you that acknowledges doubt, ambiguity and uncertainty. You have to have room to change direction."

This weekend, hundreds of thousands of Americans will be taking to the streets — some to celebrate, some to protest the inauguration and others to demonstrate for issues that the president-elect cares about.

If you happen to be one of those people, you might have this nagging question in the back of your mind: Will any of it make a difference? 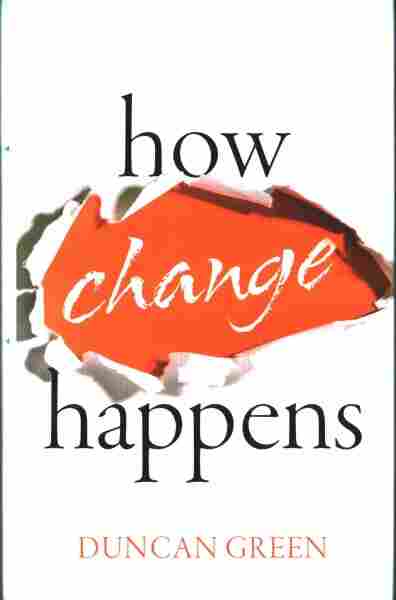 That's the topic that Duncan Green explores in his new book, How Change Happens. Published in December, it's a field guide for those seeking to make real and lasting political and social change. And he's got advice for everyone: first-time petition-signers, seasoned campaigners and full-time lobbyists.

Green, head of research at Oxfam Great Britain, an international aid organization, and the blogger behind From Poverty To Power, has worked in the advocacy world for 35 years. He's found that no matter what issue you're fighting for — U.S. politics, ending the Syrian civil war or bringing down a Ugandan warlord — reform has the best chance of happening when you have a deep understanding of the system you're trying to change.

For those heading to the Women's March on Washington this weekend and other rallies and protests around the U.S. inauguration, do you have any advice?

You need to understand why people voted the way they did and find common ground. What not to do, for example, is say that everyone who voted for Brexit hates immigrants and is a racist. When you think like that it leads to defeat.

A lot of people think that activism is all about protests and petition signatures. Can't we get by just doing that?

No. The thing about protests is that it's never the end. If it's the end, then you failed. It's what comes after the protests. There's an academic called Jonathan Fox who studied the cycle of protests in Mexico. He shows that people get angry about something, go out, throw a few rocks, burn something down, march.

Then protests are either crushed — like in the case of Syria — or some reformers of the state say, 'These people have got a point' and sit down with members of the social movement to work out a deal. How that reform happens is really crucial to long-term progress. If you only think about protests, you're missing half of the action.

What do you think activists get wrong about activism?

You have to understand the system — those who set the rules of the game, like governments and police forces — and be curious about it. That's quite hard.

You have to be an activist and a "reflectivist" at the same time. That's someone who reflects on the systems evolving, how these institutions are structured. You have to understand the system to know who might be your ally. And there has to be a little part of you that acknowledges doubt, ambiguity and uncertainty. You have to have room to change direction.

What does that look like in the real world?

Martin Luther King Jr. knew when to compromise — and when to dig in his heels and make things stark and painful. He was thinking about how to work the system by talking to people in power. He made alliances, coalitions and had meetings at the White House.

But he wasn't a purist. He used a range of tactics to get change going. And that sometimes meant saying things like, "We need to have people beaten up in Birmingham because that will get everybody angry." He was a genius.

Can you give me an example of a cause that got their activism all wrong, and it affected the outcome of their campaign?

The organization behind the Kony 2012 video, the emotional viral video [that called for the world to find and punish Ugandan warlord Joseph Kony], didn't have a "theory of change" — a plan to change the system. They didn't think through questions like: What might lead to that warlord being arrested? What would make him less powerful? How does that change happen?

Kony 2012 didn't have any ideas for that. Instead, they did what most activists do. They said to themselves, 'If we have enough people watching the video and writing to the U.S. president, that will change things.' And of course it doesn't. Because there's no theory of change. It's just an action floating in the wind.

And what about a movement that got it right?

The abolition of slavery is considered the Rolls Royce of change. Most of today's campaigners are still channeling the tactics developed by the anti-slavery campaigners in the 19th century. That includes petitions, boycotts, marches, testimony, infographics. They did it all.

What about people who don't have time to be a committed activist? Do their actions count too?

One-off gestures can be really important. People who are busy but want to make a statement, they're the foot soldiers of activism.

There was an amazing petition organized by the Chartists in Britain in the 19th century. It was six miles long. A third of the population of the U.K. signed it, [it advocated for] their democratic rights. No modern petitions have ever gotten close to [creating a petition of that size]. People who signed that petition helped propel Britain to a more democratic system.

Unlike the Kony campaign, which had many [video views] in the U.S. but no roots or influence in Uganda, the Chartists were asking British citizens to change their own lives.

For advocacy organizations like the one that organized the Kony 2012 campaign, what can they do to ensure that the change they seek really does happen?

As [former U.S. Secretary of Defense] Donald Rumsfeld said, "There are known unknowns." You know that there's going to be a big climate disaster in the U.S. one day. So if you're a climate change activist, you have a known unknown to prepare for.

The next time there's a weather event, [organizations should be] prepared to go out on the second or third day and make a statement about climate change. Talk to faith leaders, academics, civil leaders, political leaders. You can get that all in place before a shock happens. You don't need to say, "Oh look, there's been a flood. Who would have thought it?"

Has the U.S. election or Brexit taught you anything new about activism?

People don't respond to numbers. They don't believe in numbers, because they're easily manipulated. It's a dry, desiccated way of talking and thinking. We need to tell a compelling story of what the world could be. Imagine if our vision of the world could be the words of Martin Luther King Jr.: "Build bridges, not walls."