Accessibility links
Former Aleppo Health Workers Have Left The City, Ponder What To Do Next : Goats and Soda They took tremendous risks to treat the wounded. Now they've fled the Syrian city and face an uncertain future.

Doctors And Nurses Of Aleppo Wonder What To Do Next

Doctors And Nurses Of Aleppo Wonder What To Do Next 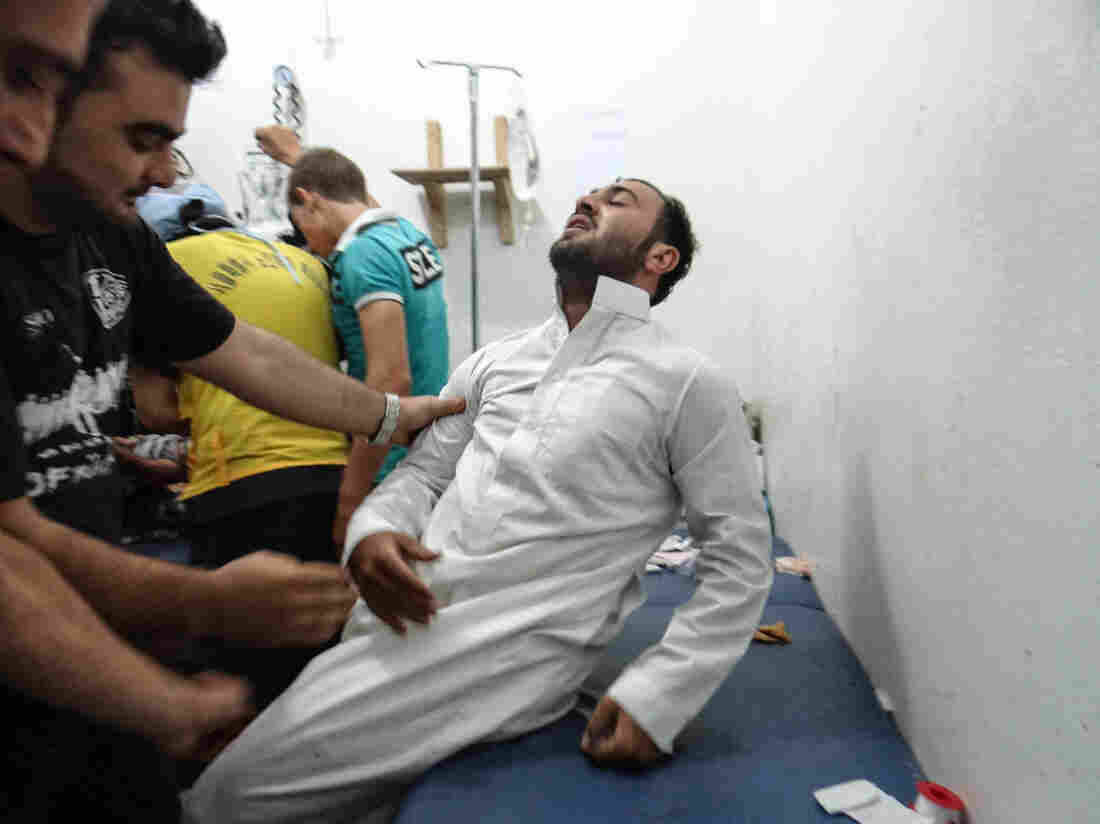 Health workers treat a man at a hospital in Idlib, Syria, about 40 miles from Aleppo. Anadolu Agency/Getty Images hide caption 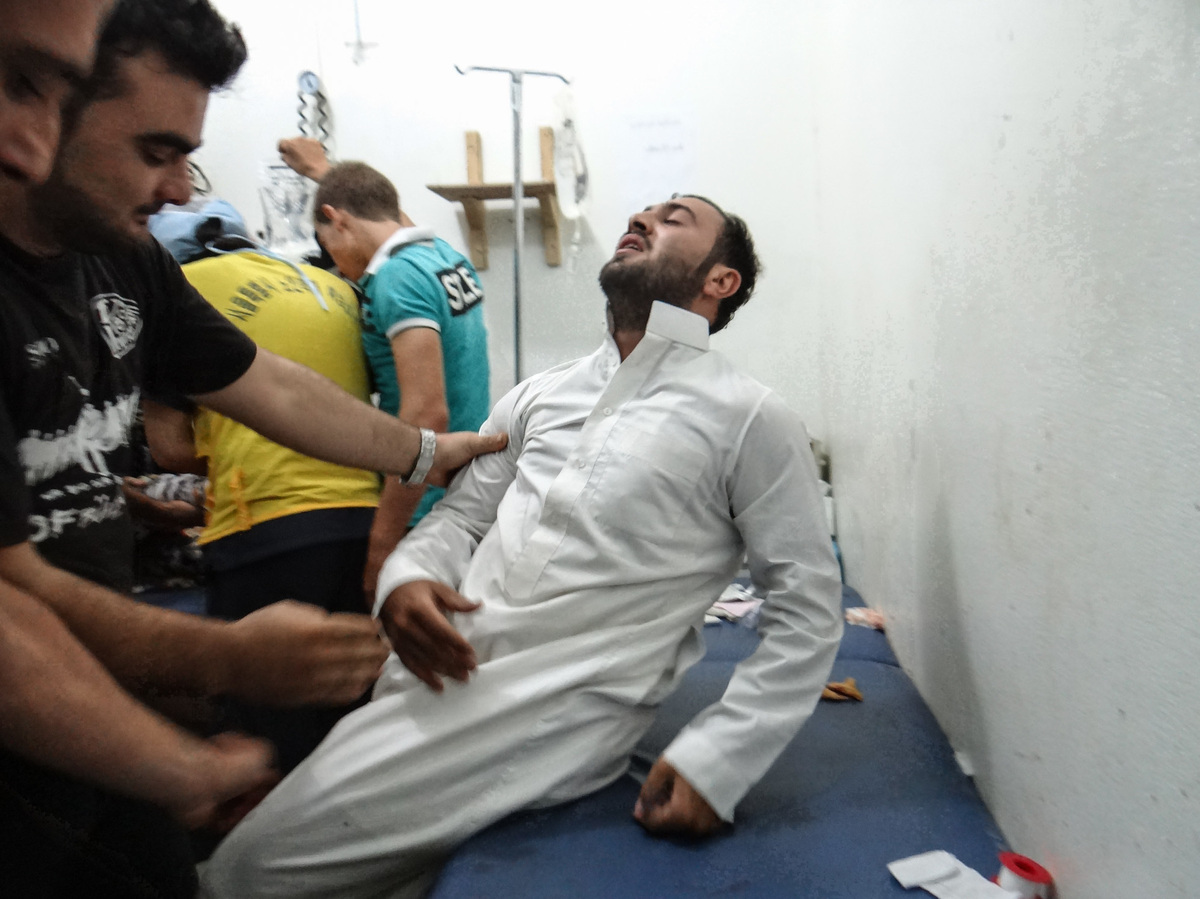 Health workers treat a man at a hospital in Idlib, Syria, about 40 miles from Aleppo.

Right up until he absolutely had to leave, 24-year-old nurse Abu Hussam was determined to stay in Aleppo. Months of airstrikes and assaults couldn't dissuade him — his community needed him.

When forces supporting Syrian President Bashar Assad moved in to take control of the city last month, Abu Hussam was among the last of the civilians evacuated from the city. He couldn't stay, because the Syrian government has persecuted medical staff and their families for treating rebels.

"I left my city maybe forever," says Abu Hussam, who is now staying with family in Idlib, Syria — just 40 miles west of Aleppo. "I left my childhood house. I left my soul back in Aleppo." This is also why Abu Hussam goes only by his family name. He's afraid he'll be arrested.

Like many of the other doctors and nurses who risked their own lives to help their city's sick and wounded, he's now out of a job.

After years of hunkering down in underground medical clinics, bracing themselves against bombings and covertly treating Aleppo's injured, many doctors and nurses who've fled Aleppo now feel they have no purpose, says Dr. A.M., — a Detroit-based intensive care specialist with the Syrian American Medical Society, a humanitarian organization that provides relief services and funds clinics all over Syria.

"There's a lot of need for medical staff in Idlib, but not enough hospitals to accommodate them," notes M., who asked that we only use his initials because he worries the Assad's government forces will come after his family in Syria.

SAMS is now working on building two new hospitals at the border between Syria and Turkey, says M. — where Aleppo's civilian refugees can get treatment, and medical workers like Abu Hussam can find employment. Other humanitarian groups, including the Union of Medical Care and Relief, have also offered jobs to doctors and nurses fleeing Aleppo. Meanwhile, the Red Cross and Red Crescent announced new efforts to bring aid to Aleppo's displaced in Idlib.

"For staff working at SAMS-supported hospitals in Aleppo, we paid them one salary in advance for January," M. says, since rent is very high in Idlib and the suburbs of Aleppo where most of the medical staff who fled the city have relocated.

Many medical staff are still looking for positions — and others, injured during the evacuation process, are unable to work.

They are also haunted by their last, harrowing hours in Aleppo. "We left humiliated," says Abdulbari, another nurse who was working at SAMS-funded hospitals in Aleppo who only gives his last name for fear of persecution by the Syrian government. "We were so scared we would be captured and tortured at the checkpoint."

"They are frustrated, and some of them are finding it so difficult," M. adds, because they no longer feel useful. "One of our nurses lost his vision [in an airstrike], so he can't work. So he even thought seriously about giving himself to the regime — he said, 'Let them take me and torture me — what do I have to live for?'"

M. and his other friends managed to talk him out of it. "I tell them, just be patient," M. says. "We will build more hospitals; it will be OK."