Accessibility links
New Report Names The Continent That Contributes The Most E-Waste : Goats and Soda If you guessed North America, you're wrong. A new report looks at who's producing the most. 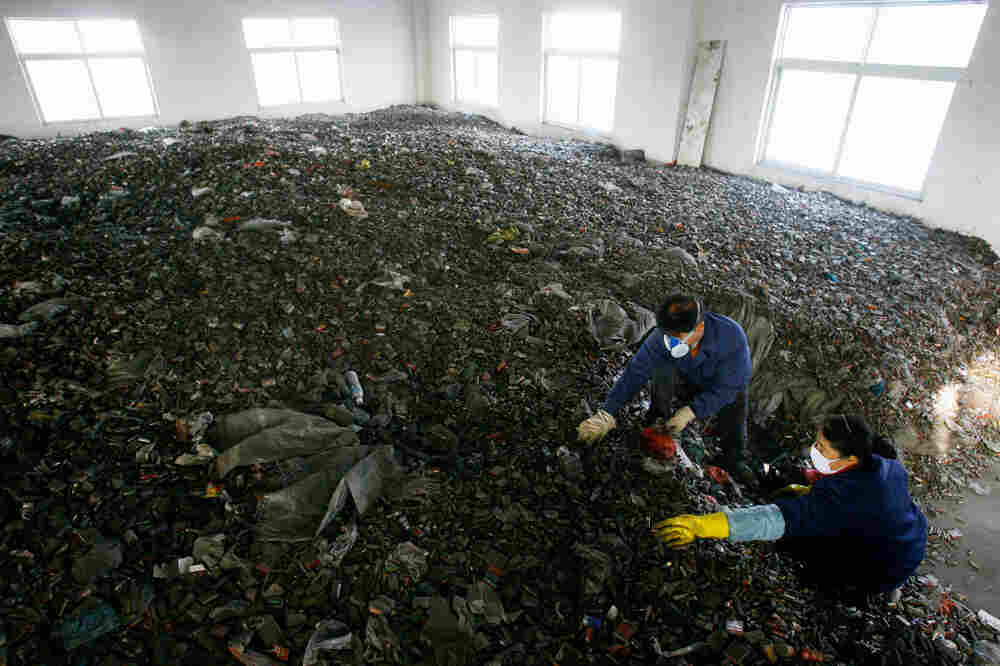 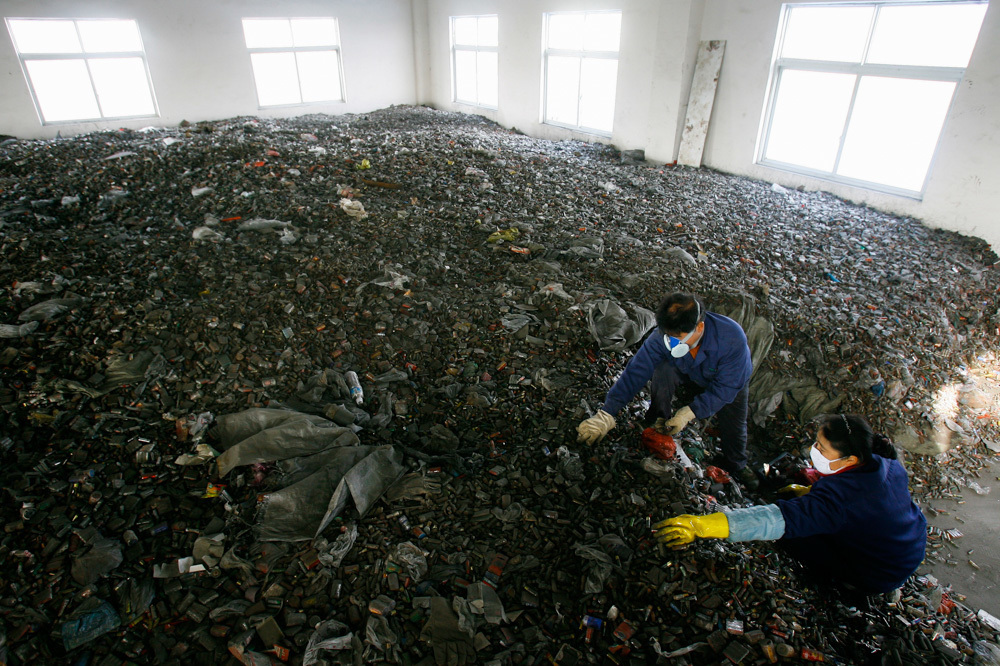 While the world becomes more wired through laptops, tablets and mobile phones, a mountain of electronic waste — or e-waste — is also growing. The greatest contributor to that stock of e-waste is Asia, according to a report published last week from United Nations University.

The report, which studied 12 East and Southeast Asian countries, says the amount of electronic waste in Asia has risen 63 percent in the last five years. A significant proportion of that waste is likely helping to grow an international black market for recycling, says Ruediger Kuehr, the lead author on the report and head of the Sustainable Cycles program at the United Nations University. 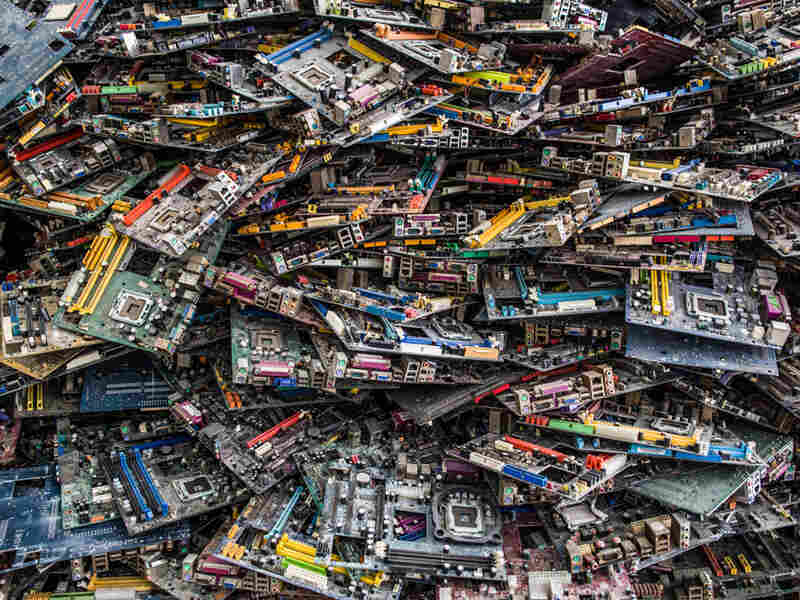 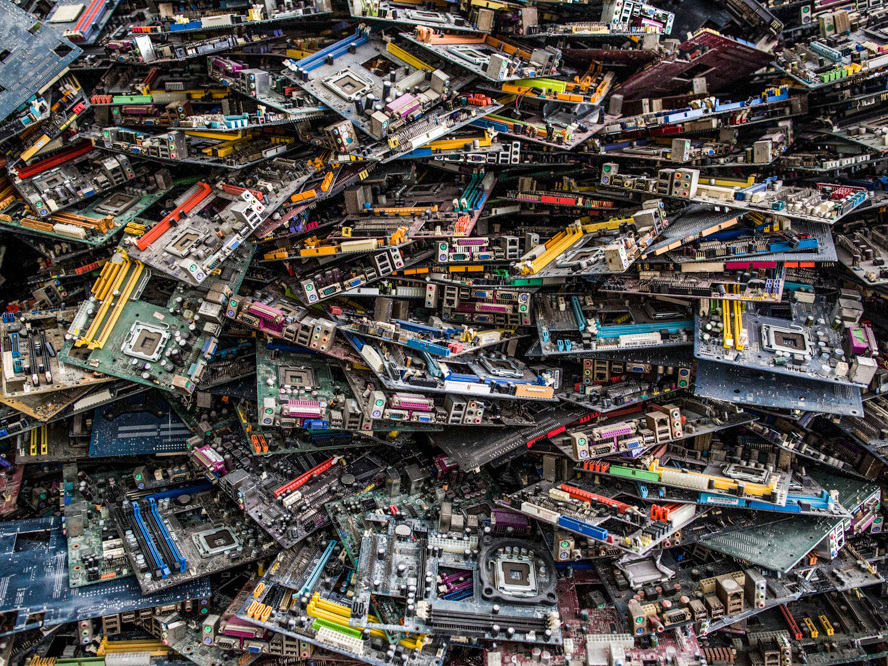 The expanding Asian middle class is driving e-waste, as is a growing electronics market filled with new gadgets, says Ahsan Shamim, an environmental scientist at the Metropolitan State University of Denver who was not involved with the report. "There is a growing middle class in all those [Asian] countries," he says. "You can see it particularly in mobile phones. The cellphone has grown tremendously in an uncontrollable way."

And new electronic devices, which the report classifies as anything with a cord or a battery, expire far quicker than their predecessors. Gadgets just don't last as long as they used to, as a German environmental agency report found — and many people upgrade within a year or two.

By far, the greatest increase in annual e-waste has been from China, which has seen about a 100-percent rise in the last five years to 6.681 million metric tons.

Some of the e-waste in Asia, particularly in China and Hong Kong, is still being illegally shipped in from around the world, says Kuehr. He says research he conducted found these imports account for "only about 10 to 20 percent" of the total e-waste. But an estimate by MIT showed imports from North American to be more like 20 to 30 percent of e-waste, according to Kuehr.

Kuehr estimates Asia generates about 16 million metric tons of e-waste each year, including imports from elsewhere. (The U.S. produces about 10 million.) 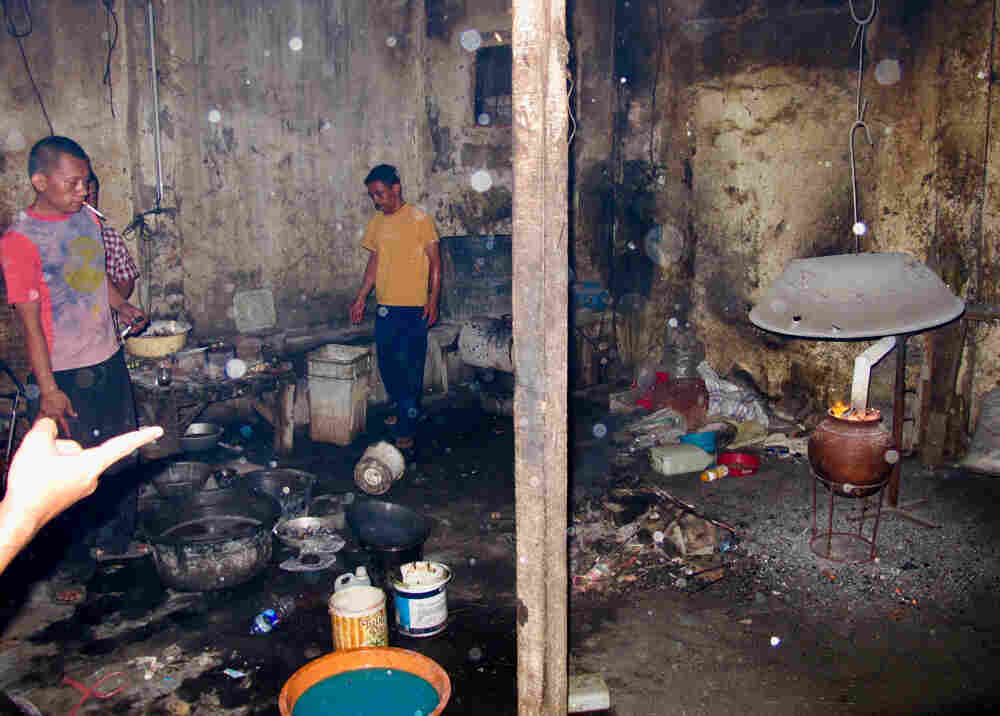 At a "backyard" recycling operation just outside of Jakarta, men place circuit boards in an oven and fire them to smelt out gold and other precious metals. Courtesy of Basal Action Network hide caption

All these defunct electronics may be feeding a vast, shadowy recycling market. Certain electronic goods like printed circuit boards contain valuable metals like gold and copper. Large and costly industrial processes can recover precious metals with relatively little damage to human health and the environment, but most countries don't have the infrastructure to do that. "The [safe] treatment of these hazardous components is limited to only a handful of sites on the globe. These sites are not in the developing world," Kuehr says.

In the U.S., consumers can take their e-waste to appropriate drop spots. A collection company or municipality then takes it to a facility that will strip everything for parts. Items containing precious metals like circuit boards are shipped to special facilities that can strip gold, palladium and other metals on an industrial scale and with safety precautions.

But people across East and Southeast Asia are extracting those metals as well, with a disregard for formal health and environmental safety procedures.

"What they are doing is very crude methods, mostly," Kuehr says. "They are taking the [circuit boards] and bathing them in an acid bath to get gold or other precious metals and releasing the acid into the water or environment."

Another common procedure is to collect cables and burn the plastic casing away on an open flame to collect copper, Kuehr says. "Many people doing this realize [the danger]," he says. "They have red eyes, headaches, kidney issues, etc. But they are making their living out of it."

Toxins released from this type of processing can cause cancer — and brain, kidney, lung and liver damage. "It turns into this catastrophic thing," Shamim says.

Some of these operations appear to be small-scale recyclers or what Kuehr calls "backyard operations."

Jim Puckett, the executive director of the Basel Action Network, a watchdog organization focusing on hazardous waste, says he recently came across one in Indonesia.

"I did see a very dirty operation outside of Jakarta. Someone was inside their apartment cooking circuitry and extracting gold," he says. "They were breathing this stuff in a closed environment. You go in and immediately get a headache."

Bigger hubs for illegal e-waste processing exist in Hong Kong, Puckett says. His organization has tracked hundreds of electronics across the globe to unregulated plants in Hong Kong and the New Territories of Hong Kong.

But this could change if Hong Kong and mainland China institute stricter regulations on electronics recycling, Puckett and Shamim say.

These larger recycling operations were initially propped up by shipments from places like the EU and the United States — in violation of U.N. conventions for trading hazardous materials, says Puckett.

And now a sizable stream of e-waste is coming in locally.

"That informal sector will be happy to gobble up the domestic waste," Puckett says. And there are no signs that the amount of e-waste or the unregulated market for e-waste recycling is abating any time soon.