Accessibility links
Drug-Resistant Malaria Turns Up In The U.K. How Worried Should We Be? : Goats and Soda Artemisinin-based medications have long been the treatment of choice for malaria. But late in 2015, health officials in Britain came across a cluster of cases that refused to succumb to the drugs. 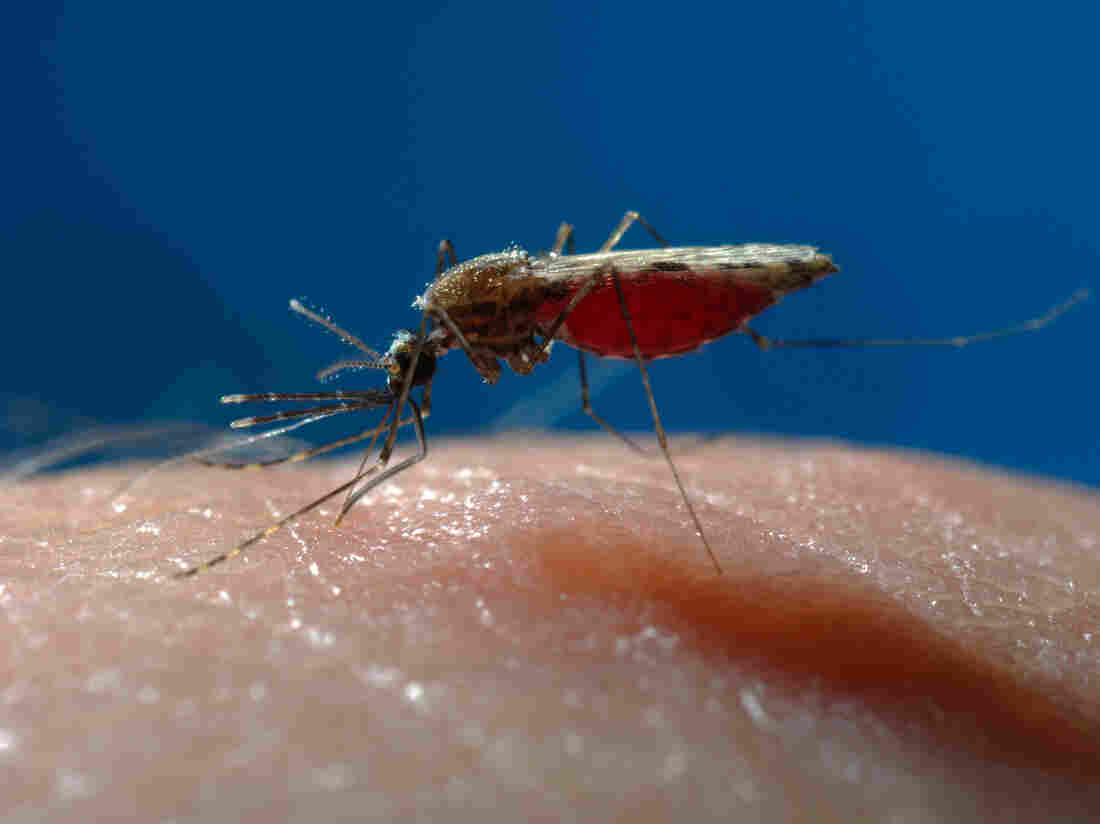 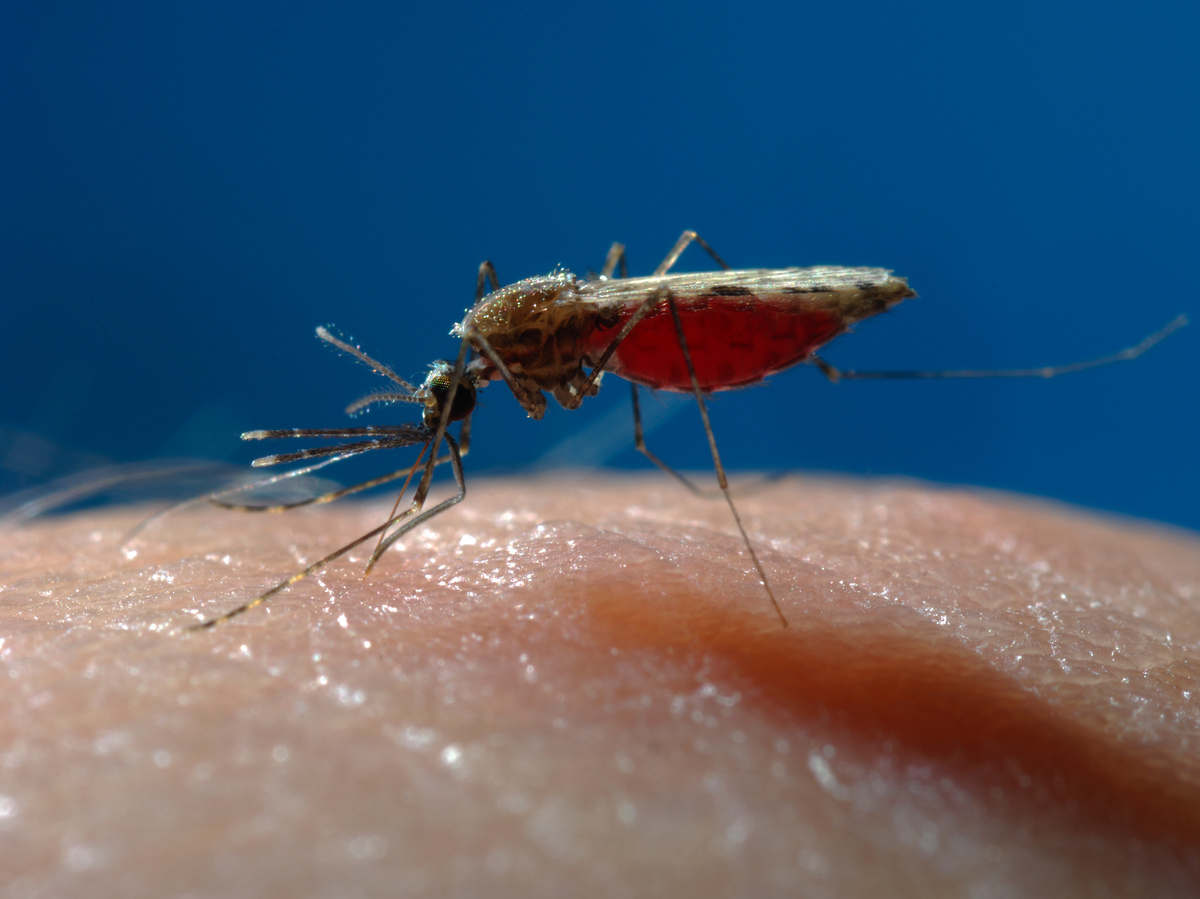 Malaria parasites, spread by a mosquito's bite, have started to adapt so the go-to drugs won't knock them out.

If you get malaria somewhere in the tropics and end up in a British hospital, the treatment is pretty simple.

Or at least it used to be.

The recommended treatment in the U.K. for "uncomplicated" malaria (that's a case where you're pretty sick but not on death's door) is an artemisinin-based drug combination called Artemether-lumefantrine. The patient takes a few pills over the course of three or four days, the drugs kill the malaria parasites and everybody feels better. That's why, over the last decade and a half, artemisinin has become the go-to drug to beat back the most common malaria infections both in British hospitals and across much of the developing world.

Recently, however, malaria parasites have started to adapt so the drugs won't knock them out. Resistance to artemisinin-based medications has been slowly developing in Southeast Asia. And now these malaria wonder drugs look like they may be starting to lose their mojo in Africa, too.

Late in 2015, health officials in Britain for the first time came across a cluster of malaria cases that refused to succumb to Artemether-lumefantrine. The patients were travelers who had returned from three different African countries — Angola, Liberia and Uganda. After being treated with Artemether-lumefantrine, each patient appeared to be cured.

Then the parasitic infections came racing back.

"It was very surprising," says Dr. Colin Sutherland, from the London School of Hygiene and Tropical Medicine. "We might not get too concerned about the occasional treatment failure. But when four cases come along at once, it does make us think we've got something important that we need to investigate. Interestingly at about the same time Swedish colleagues reported a similar finding in Sweden."

In an article published in Antimicrobial Agents and Chemotherapy, Sutherland and his colleagues document the four cases. Part of what is useful to researchers about these U.K. cases is that the patients were in Britain when their malaria cases rebounded. None of them had left the country after initially being treated. So when the malaria parasites re-emerged in their systems, the doctors were able to quickly realize that the artemisinin-based drugs had failed. The patients were subsequently treated with different drugs.

The New Debate Over Bed Nets And Malaria Prevention

"Because our patients were living in a country where we don't have malaria, we knew it had to be the same parasites that weren't adequately treated the first time around," says Sutherland. That's not the case in Africa, where people live with malaria on a day-to-day basis. So if they get sick again, he says, "it's difficult to determine if maybe they just got another mosquito bite."

There's been concern about the potential development of artemisinin resistance in Africa but very little concrete evidence that it's happening there.

These cases in the U.K. show that strains of malaria are emerging in Africa that can't be cured with the most common drugs to treat the disease. But Sutherland urges caution: "It would be unwise for us to sit here in Europe and say, oh, we've got four cases so Africa's got a problem. But the public health impact in Africa could be enormous. It's a clear message that we need to now put in place the right kind of studies in Africa [to track resistance]."

Malaria remains one of the most troublesome diseases in the developing world. According to the World Health Organization there were more than 200 million cases in 2015 and roughly 430,000 deaths from the disease.

The good news is that efforts against malaria, including insecticide-treated bed nets and artemisinin-based treatments, have cut the rates of malaria transmission particularly in Africa significantly over the last 15 years with the total number of cases in the world dropping by a third and malaria deaths being cut in half.