Accessibility links
Study: African Farmers Have A Surprise Economic Weapon:Trees : Goats and Soda A new study looks at the role that trees play in the lives of African farmers. They definitely provided more than shade. 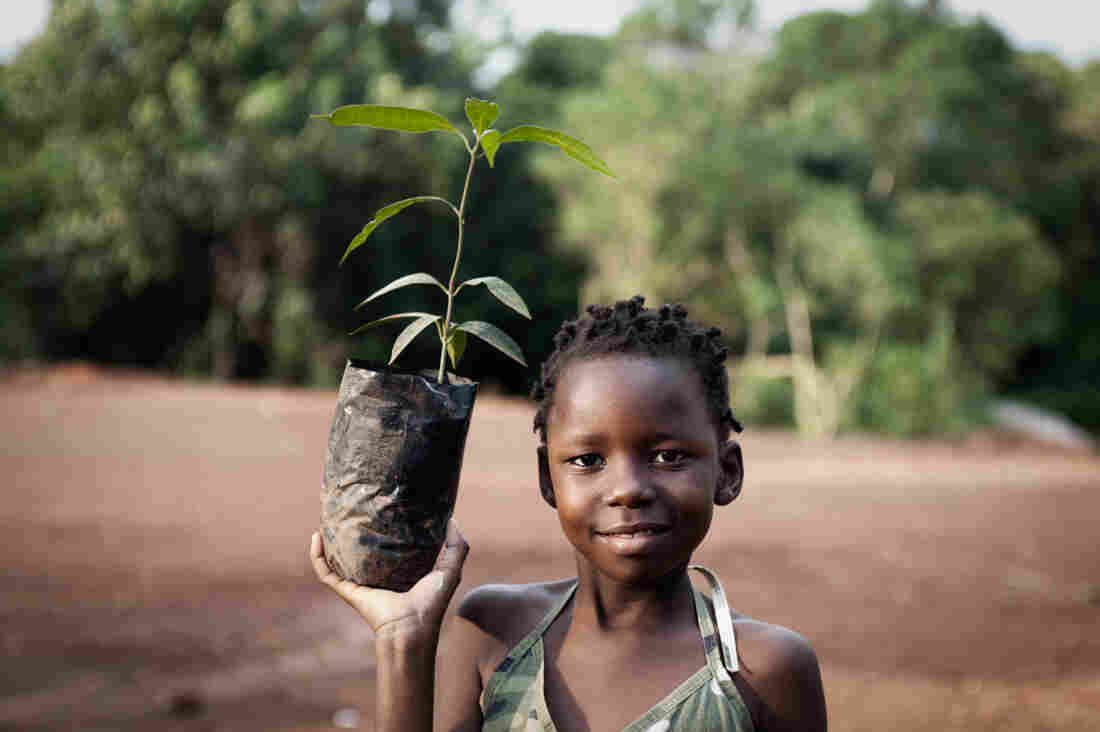 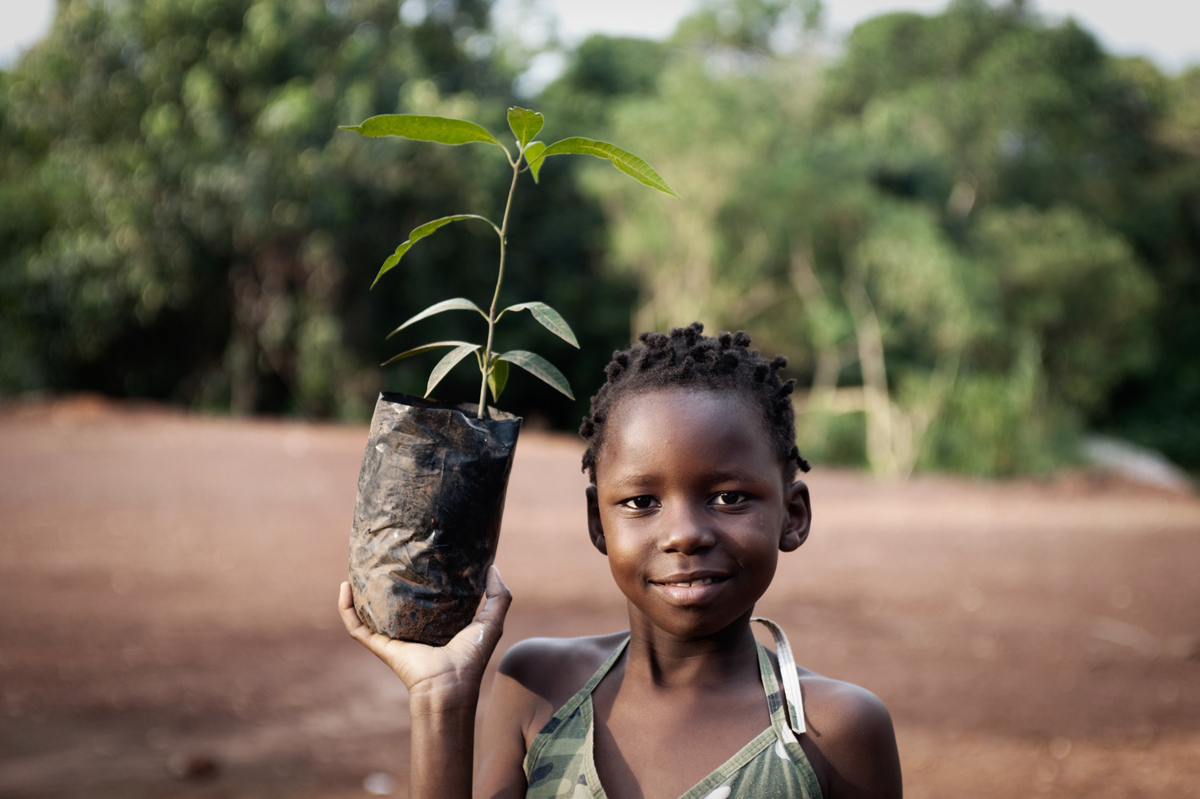 A mango seedling can — after a few years — bear economically beneficial fruit.

Maybe money does grow on trees after all.

Households in several African countries grow more trees than scientists previously realized. And those trees may account for an average 17 percent of a farm's income, according to a study funded by the World Bank's Program on Forests and published online in January in Forest Policy and Economics.

"Trees play a really important role in farmers' lives," says lead author Daniel Miller of the University of Illinois. The impact of farmed trees has received relatively little attention because previous studies have focused either on trees in forests or other types of crops on farms.

Before beginning their project, Miller's team had to answer a basic question: What counts as a tree? The group decided to include "any woody perennial with a trunk or elongated stem that supports branches and leaves." This definition included fruit trees, trees grown for timber and shrubby cash crops like coffee and tea.

Next the scientists analyzed five African countries — Ethiopia, Malawi, Nigeria, Tanzania and Uganda — all of which had interview data from national surveys on farmland use and household income. The surveys asked households to report all crops grown for economic reasons as well as the amount of money derived from each crop. The team then calculated the annual income (including non-agricultural sources like other wages and rental income) reported by each household, and the share that trees contributed.

Miller says he was surprised by how many households planted trees for economic purposes: Overall, 30 percent of landholder respondents said they grew trees on their land for agricultural reasons — like selling timber or fruit. "This is actually an underestimate," says Miller, "because these surveys were designed for agricultural purposes and didn't explicitly ask about all trees. The tree that the interviewee is sitting under to answer questions might not be taken into account."

The trees in the survey supplied more than shade. Farm trees accounted for almost as large a share of annual income for farmers as forest trees do for people living near forests: 17 percent compared to 20 percent.

Because trees take time to grow, some farmers may be disinclined to invest in them, Miller says. But trees also have benefits. Many varieties are drought-resistant. Plus, they mitigate climate change by consuming carbon dioxide.

Trees were not equally popular across all countries. In Tanzania, 55 percent of farmers grew trees while only 16 percent did so in Nigeria. What's more, households led by women were less likely to grow trees than male-led households. This difference, Miller says, may underscore the importance of property law. Women, he conjectures, may worry about losing their land to men before their seedlings grow up to bear fruit.

But women particularly stand to benefit from trees grown for timber, because they often have to travel long distances to fetch firewood from forests, according to Alice Macharia, director for African programs at the Jane Goodall Institute, a community-based conservation nonprofit. The institute runs programs in Uganda and Tanzania to educate communities about the perks of cultivating trees and provides farmers with popular seedling varieties.

Macharia, who was not part of the study, says she was glad to see work highlighting the benefits of trees to farmers. Next, she said she would like to see research comparing the ability of different tree species to survive harsh conditions.

Miller's team also wants to understand more about how trees make money for their growers. Do they help people out of poverty? Or protect households from sliding into poverty during tough times? They hope to answer these questions in future research.

"What is the role of trees?" asks Miller. "We don't have good answers to that question. Stay tuned."