Accessibility links
Study: A New Strategy To Stop Female Genital Mutilation : Goats and Soda Efforts to stop the practice have focused on health risks. And yet it remains widespread. A new study may explain why. 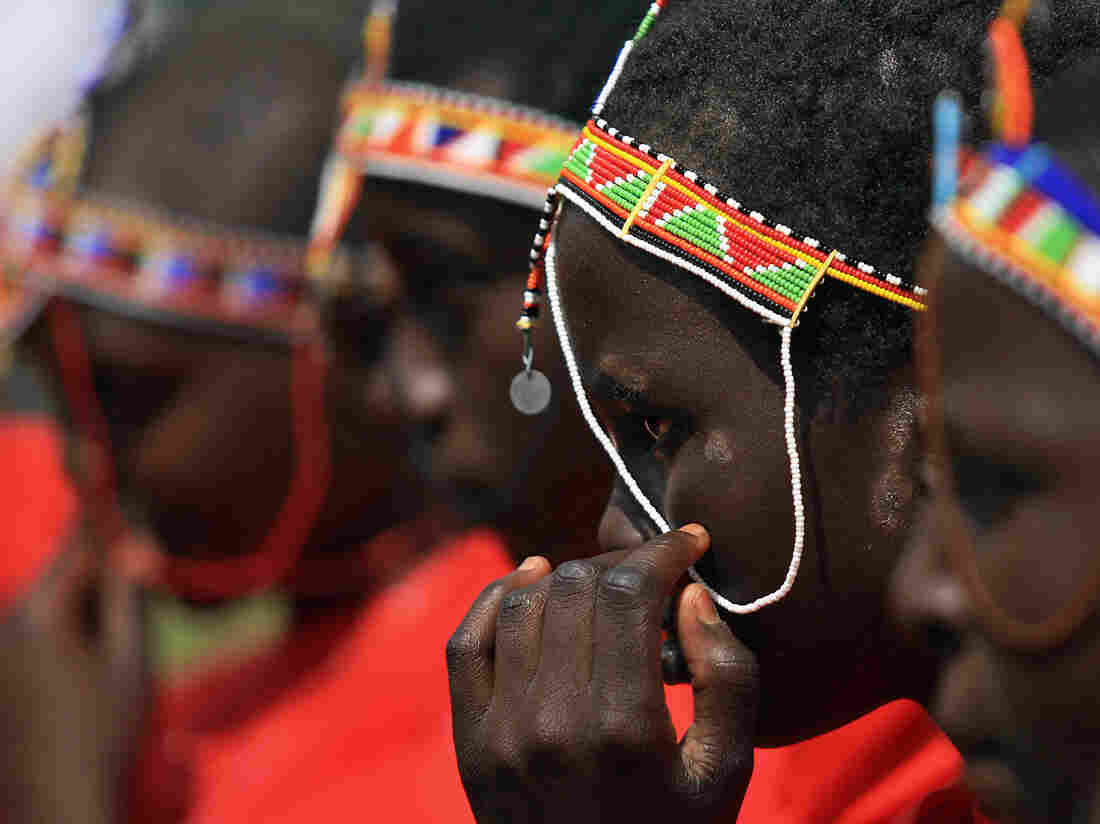 Some societies have come up with alternative rite-of-passage rituals to replace female genital mutilation. Above: A Massai teenager in Kenya attends such a ceremony. Tony Karumba /AFP/Getty Images hide caption 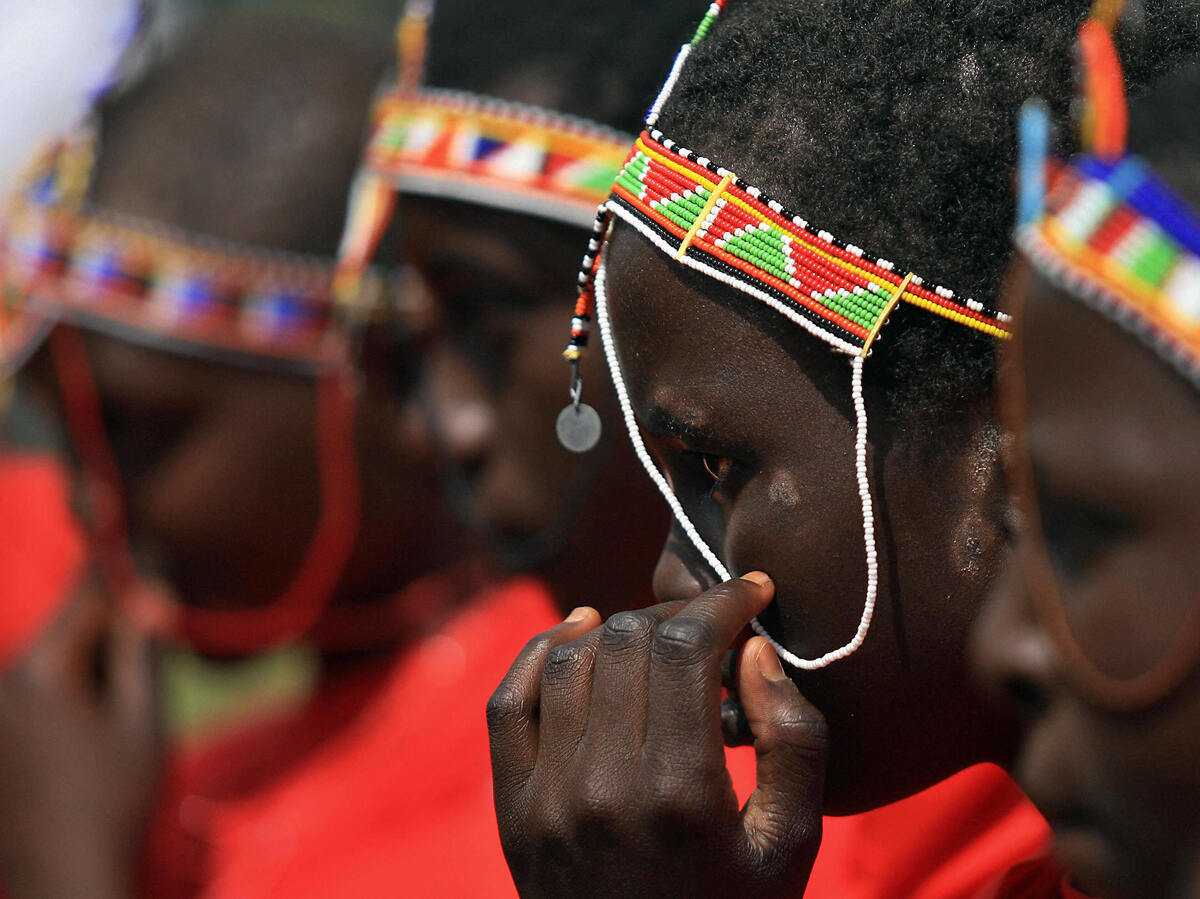 Some societies have come up with alternative rite-of-passage rituals to replace female genital mutilation. Above: A Massai teenager in Kenya attends such a ceremony.

Why does female genital mutilation (FGM) — a practice that the U.N. has classified as violence against women — remain so entrenched in parts of the globe?

Researchers in Bristol, England, have come up with a new theory. They looked at data on more that 60,000 women over the age of 40 in five West African countries who had at least one daughter. And they found that in cultures where the practice of cutting all or part of a woman's external genitalia is prevalent, cut women, compared to uncut women, have more babies who survive.

"In societies where cutting is the norm, being cut gives women social status and more social support among women," says Janet Howard, lead author of the article and anthropology professor at the University of Bristol. "They have more and better marriage opportunities" — and thus a better chance of bearing children.

The study appears on Monday in the journal Nature Ecology and Evolution.

In many African and some Middle Eastern countries, more than 200 million women and girls have undergone some form of genital cutting as a coming-of-age ritual, according to the World Health Organization — and another 3 million girls are at risk of being cut each year, most of them under the age of 15.

The practice has no health benefits. And its harms are well-documented: severe bleeding and pain, infection, problems urinating, and even death, according to WHO. Over a lifetime, FGM can diminish sexual pleasure, lead to problems in childbirth, produce chronic urinary tract infections and cause depression and other mental health problems.

For decades, governments and public health advocates have worked to educate people about the medical harm caused by FGM. Still, it remains widespread even as some countries pass laws to stop it, international organizations set goals to eliminate it and education efforts stress its dire health consequences.

Those efforts compete with strong cultural beliefs that if a woman is not cut, she is unclean and must be ostracized by her community — and, in some societies, should not marry. So a woman who is not cut has a reduced chance of marrying and bearing children, says Katherine Wander, professor of anthropology at Binghamton University in Binghamton, New York, and author of an accompanying News & Views commentary in the journal.

In those circumstances, "not being cut is a detriment" to bearing children, says Bettina Shell-Duncan, professor of anthropology at the University of Washington in Seattle, who was not part of the study.

In societies where almost every woman is cut, even if an uncut woman manages to find a husband, she's ostracized by other women, says Wander. "When women who are not cut marry into a family with a cutting tradition, they're treated quite horribly," she says. "They're made fun of. People won't eat the food they prepare. They're called dirty and spiritually impure. The primary source of conflict is not with their husband but with other women in the household, who look at them with disgust."

A common strategy to reduce FGM, says Howard, is to educate groups of people, hoping to bring about a consensus that cutting is bad. "The idea is the group changes all together, they all put down their knives and agree not to cut," she says.

"This paper suggests that we shift our focus from the risks associated with cutting — most people have heard those messages already," Wander says.

A first step for public health advocates, she says, might be something as simple as building friendships among cut and uncut women through singing or dancing or based on common concerns like food or water supplies. The idea is that building social networks would lead to the next step, she says: "talking about the benefits girls and women realize from their cut status and then providing other ways to realize those benefits."