Accessibility links
Refugee Scientists In Germany Get Support From Local Academics : Goats and Soda Carmen Bachmann, a professor in Leipzig, is building an online network to help political refugees who are scientists or social scientists connect with professional peers in Germany — their new home. 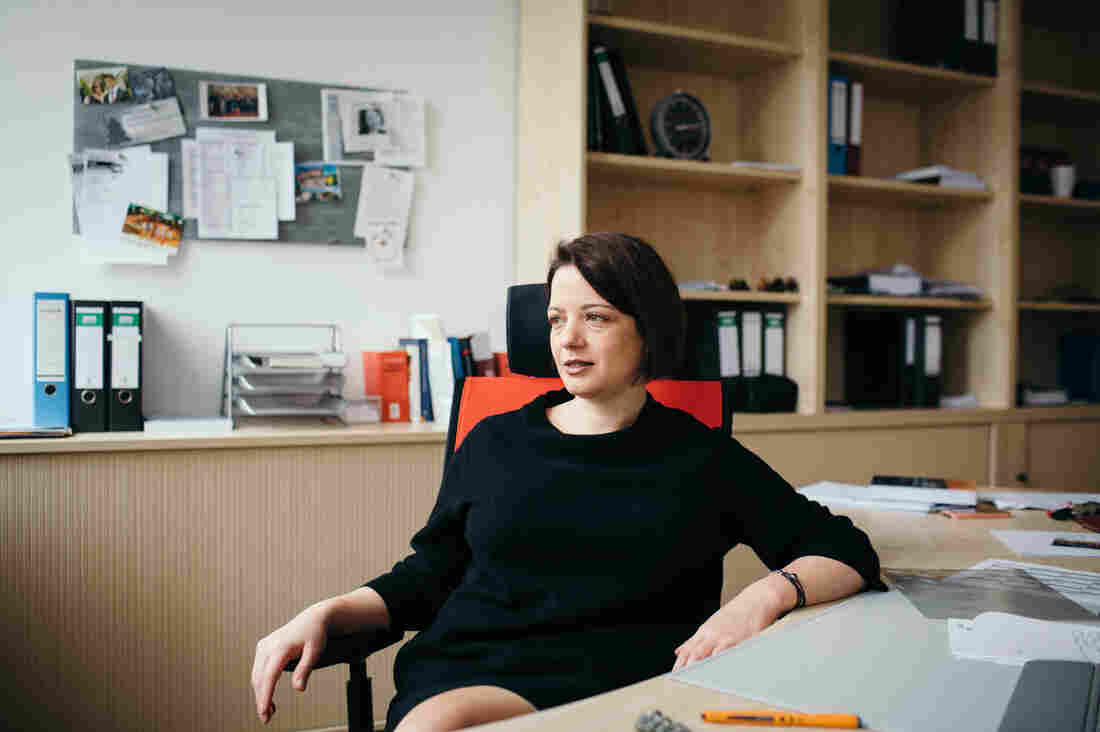 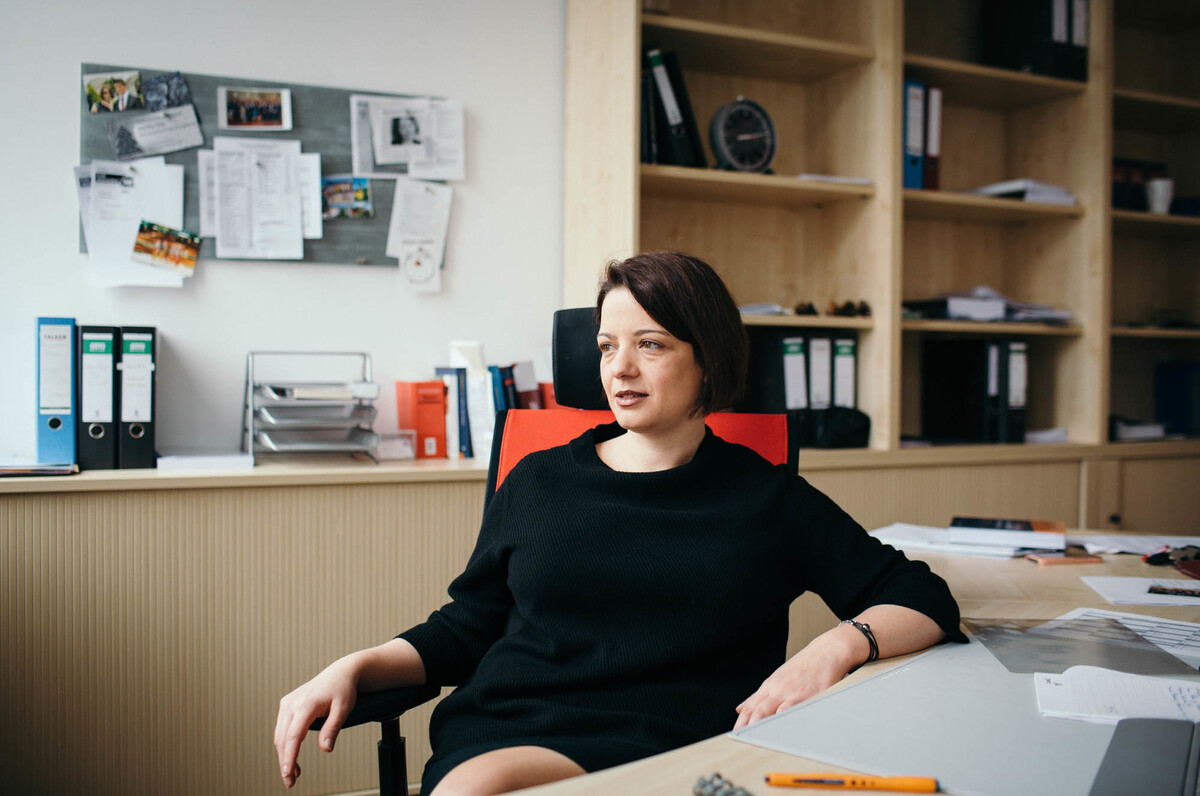 It's easy to feel overwhelmed by the size of the refugee problem confronting the world today. According to the U.N. Refugee Agency, more than 30,000 people are forced to flee their homes every day because of conflict or persecution.

But one energetic university professor in Germany decided that bemoaning and hand-wringing wasn't solving anything, so she decided to take action.

Carmen Bachmann is a professor of tax and finance at Leipzig University. There are some 6,000 political refugees living in Leipzig, and the government is only able to supply their basic needs. She could have helped by volunteering for relief agencies that collect clothing or furniture for the refugees, but that didn't seem to her the best use of her time.

"I'm a full professor," she told me when I visited her Leipzig office. "I thought my contribution to [easing] this problem is what my profession is."

One Syrian engineer I met in the camp was just happy that I recognize him as a professor. He told me, 'I feel like nothing here. In Syria I was a professor, and I come here — I can do much more than sitting around."

Bachmann had heard that there were people in the refugee camps with advanced academic training. She decided to reach out to them.

"I know the special needs for people with an academic background, and this is what I can contribute," she told me. "I thought, if they wait one year and they stop researching and stop studying it's a big loss. It's a loss for the people who lost their knowledge. It's a loss for the society."

Bachmann's first thought was to help these refugees find jobs. She called the Federal Employment Agency office in Leipzig.

"We don't have programs for highly qualified people," Ferry Heuer, an adviser from the agency told her. Most of his job listings for refugees were for unskilled laborers, he explained.

Thwarted on the jobs front, Bachmann decided instead to create a website that would make it possible for refugee scientists and social scientists to directly get in touch with German academics in their fields.

Minimally, she thought, the website could be valuable as a social network for professional support. It could be a way that Germany's academics could be matched with marooned colleagues from other countries to help the refugees stay engaged in their field of study — to learn about the latest advances.

Bachmann and one of her graduate students threw themselves into the project. There were many nights with little sleep. Finally, four weeks after they started working on their website — Chance-for-Science — it was ready to go live.

"I felt goosebumps when we pushed the button and the website was online," Bachmann said. "I thought, OK; now online and we can sleep well. It will work."

Only, it didn't work.

Oh, the German media loved the project. Bachmann did lots of interviews, and other universities got in touch. "Great idea," some told her. "We want to help refugee scientists too."

The problem: Not one person had yet signed up for help.

"We had no refugees," Bachmann said.

She was discouraged. But she also knew from experience that sometimes a personal touch is needed.

Bachmann's own life once resembled that of the refugees: isolated, with not enough to do. She was in her late teens and a single mother, living on welfare.

When she needed a helping hand in those days, support didn't come from a website. It came from a former high school teacher who reached out to her.

"He, nearly every second week, came and brought me books, or just wanted to talk about those books," Bachmann said. "We made a walk in the park with my child, and we just talked. This somehow kept me alive — that I could talk about these books with someone."

The interest that teacher showed in her helped give her life meaning and direction, Bachmann said; it helped propel her to the successful career she enjoys today.

If the refugees weren't coming to her website, Bachmann decided, she would go to them.

Bachmann went to a camp the government had set up in Leipzig that, at that point, housed about 1,600 refugees.

"When I went inside and saw the small beds, and so many people in such a small place without any private sphere," she said, "this was shocking for me."

She had made some fliers to hand out describing her website, but she wasn't really sure how to proceed. So she did the most obvious thing she could think of: "I just walked around and said 'Hello, is there anyone speaking English or speaking German? I am Carmen from the University.' " 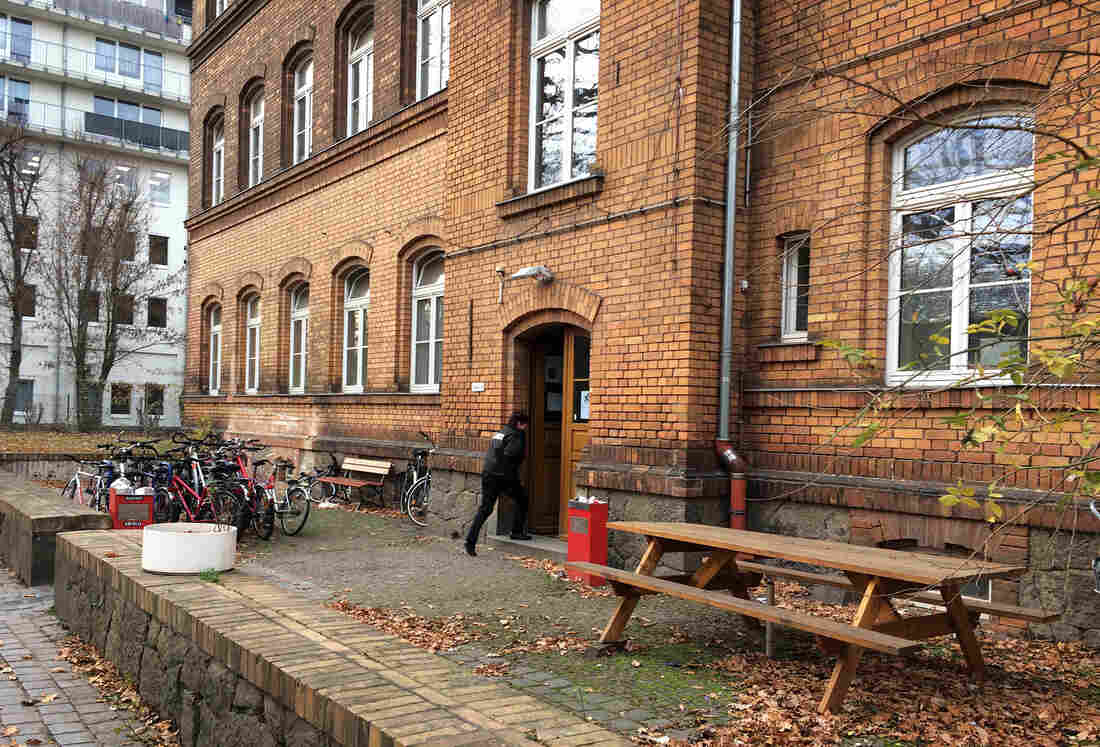 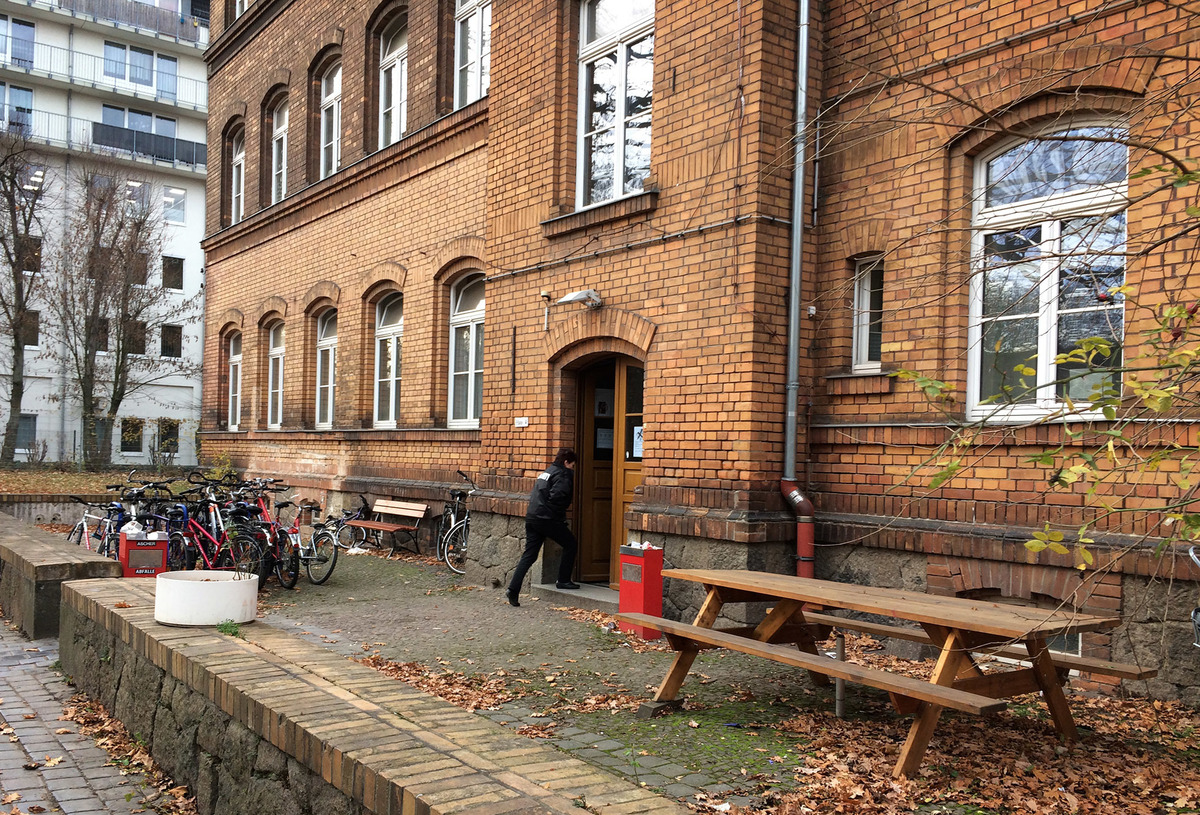 At first the refugees didn't know what to make of her — a small, intense tax specialist. But slowly, they started coming up to her, and said something to Bachman that she hadn't considered: " 'I have nothing. But I have my diploma.' "

Most of these academics had their diplomas with them — for a Ph.D. in biology, or an engineering degree. Bachmann realized that these people had fled with only their most precious possessions — and, for many, the diploma was one of them.

One Syrian engineer she met in the camp "was just happy that I recognize him as a professor," Bachmann recalled. "He told me, 'I feel like nothing here. In Syria I was a professor, and I come here — I can do much more than sitting around.' "

After those sorts of conversations, "it became more concrete for me," Bachmann said. Her determination to help the refugees went from an intellectual idea to more of an emotional commitment.

And her work is now starting to pay off.

More than 500 people have now registered on the website — so far, about a quarter are refugee scientists and social scientists. The rest are German academics who want to help.

Officials at the European Union have invited Bachmann to Brussels to discuss her project.

On the day of my visit with Bachmann, she invited me to a university event where she'd set up an informational table to tell people about her website.

When I arrived, she was standing with a couple she wanted me to meet.

"Just two days ago this great couple wrote me an email and asked if I can connect them to the scientific community in Leipzig," Bachmann said. They introduced themselves as Youhanna Najdi and his wife Yalda Davoudpour. He's a political scientist with a Ph.D. Her doctorate is in nanotechnology. They're both refugees from Iran.

Bachmann invited the couple to join a seminar the following week, and they seemed eager to look through her website to find possible connections.

"That makes me happy," said Bachmann. Happy to keep intellectual capital — and human capital — from going to waste.