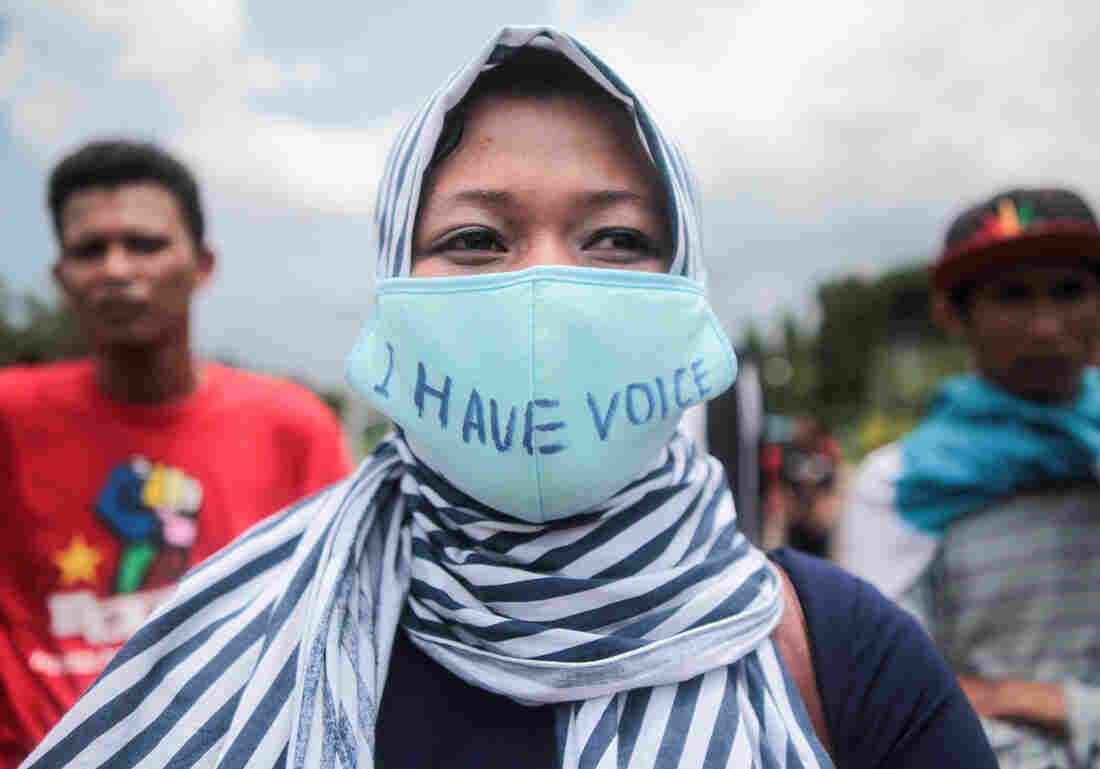 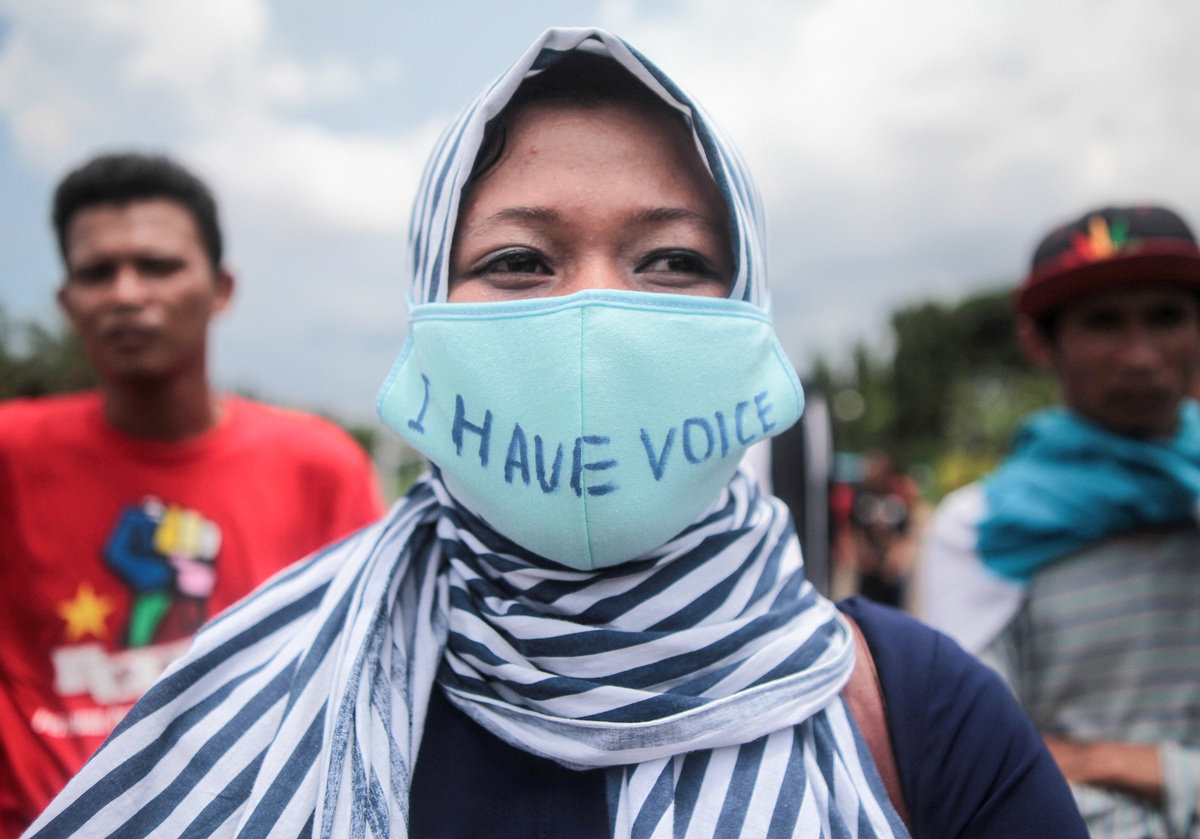 Indonesian activists celebrate International Women's Day in front of the Presidential Palace in Jakarta in 2016.

Women won't be coming to work. That's what Americans may think that International Women's Day means this year.

The event, which has been celebrated for 106 years, has no single organizer or agenda. That's what makes it so effective, says Terry McGovern, professor and chair of population and family health at Columbia University's Mailman School of Public Health. "There's not an imposed agenda. It allows women to define what the day means for them, and what needs to happen for them to achieve equality."

The roots of the day are in the U.S. and European Socialist movements of the 1900s. In 1975, the United Nations adopted it as an official day of observance and for the past couple of decades has offered up a yearly theme for its member states — but it's completely optional.

This year's theme, #BeBoldForChange, calls for gender equality in the workplace. Organizers in the U.S. are asking women to take the day off from paid and unpaid labor on March 8. But Jamaica, for example, has chosen an alternative theme: gender-based violence, in light of an increased number of attacks against women.

So the day has taken on a life of its own, particularly in many of the countries that we cover in this blog. Here's a look at some of the ways it's been celebrated in the past few years — for better and sometimes for worse.

In a handful of countries, including Cuba, Madagascar and Uzbekistan, it's an official holiday. And here in the U.S., we now celebrate women all throughout the month of March. In 2016, President Obama proclaimed it as Women's History Month.

Say it with flowers

Some countries, like Romania, treat International Women's Day kind of like Mother's Day. Men give the special ladies in their lives flowers and chocolates, or take 'em out for lunch.

In Lahore, Pakistan, for example, women from the Islamist party Jamaat-e-Islami used the day in 2016 to protest against honor killings, the act of murdering women for bringing shame upon her family.

In Bhopal, India in 2011, more than 8,000 women participated in a rally organized by the global advocacy group ActionAid to fight for free speech. The women wore chains on their hands and paper padlocks over their mouths.

And this year in Poland, the big day falls smack in the middle of ongoing protests against the country's tightened abortion laws. Tomorrow, women in 100 cities and villages across the country will dress in dark colors in solidarity, in a day they are calling "Black Wednesday."

For Yemeni activist Rasha Jarhum, International Women's Day was the first time she witnessed what she calls "pretend equality" in her country. In 2010, she joined a youth initiative called Kuni Wa Kun, which means "to be" in Arabic. They organized an IWD event at a museum in Yemen, inviting a minister to deliver a speech.

"It was at that moment I realized how sad our reality was," Jarhum wrote in an email to NPR. "He went on and on about women's achievement, quoting historic events of our pre-existence [like] Queen of Sheba and said we now have one [woman] minister and one [woman] ambassador, as if that was a huge achievement."

Not all Women's Day events are serious. Scroll through the International Women's Day website and you'll find listings for fun events. In Dhaka, Bangladesh, there's a Global Mentoring Walk. At the Protea Lusaka Tower Hotel in Zambia, musician and activist Jasmine Kasoma is hosting a high tea. And in Ben Arous, Tunisia, women are invited to play volleyball with the guys to introduce women to the sport.

Get off your high heels

With so many IWD events, there's bound to be some missteps. For one establishment in Mumbai, India, it was literal. Last year, a bar called Old Wild West offered discounts to women who showed up on March 8 wearing their "HIGHEST heels" and busting their "best moves as our DJ will be belting his best tunes," they wrote on their Facebook page.

Another IWD event in Guangdong, China, last year also missed the mark. Men climbed a mountain while dressed up in women's clothes and heels to feel the "hardship of being a woman nowadays," according to People's Daily Online, a Chinese newspaper.

Say it with a hashtag

Like every other event these days, IWD has its hashtags: #InternationalWomensDay, #WomensDay, #IWD2017 and #BeBoldForChange. Local groups are also hosting their own conversations. This year, Twitter India is working with She The People TV, a storytelling platform, to launch the hashtag #SheLeadsIndia.

"It's an important day anywhere in the world as long as women haven't achieved full gender equality," says Nanette Braun, chief of communications and advocacy at U.N. Women. "And we haven't achieved it anywhere."