Accessibility links
South Sudan Will Now Charge $10,000 For An Aid Worker Permit : Goats and Soda The amount is unprecedented. And the timing couldn't be worse: Famine has just been declared in two counties. 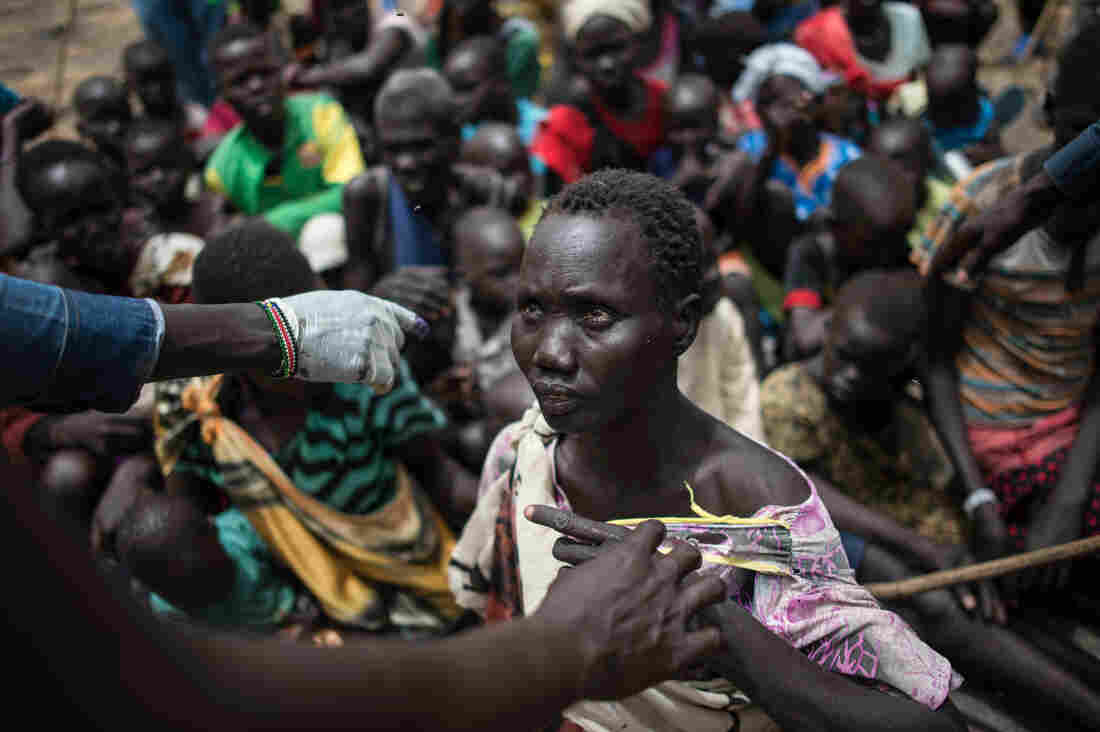 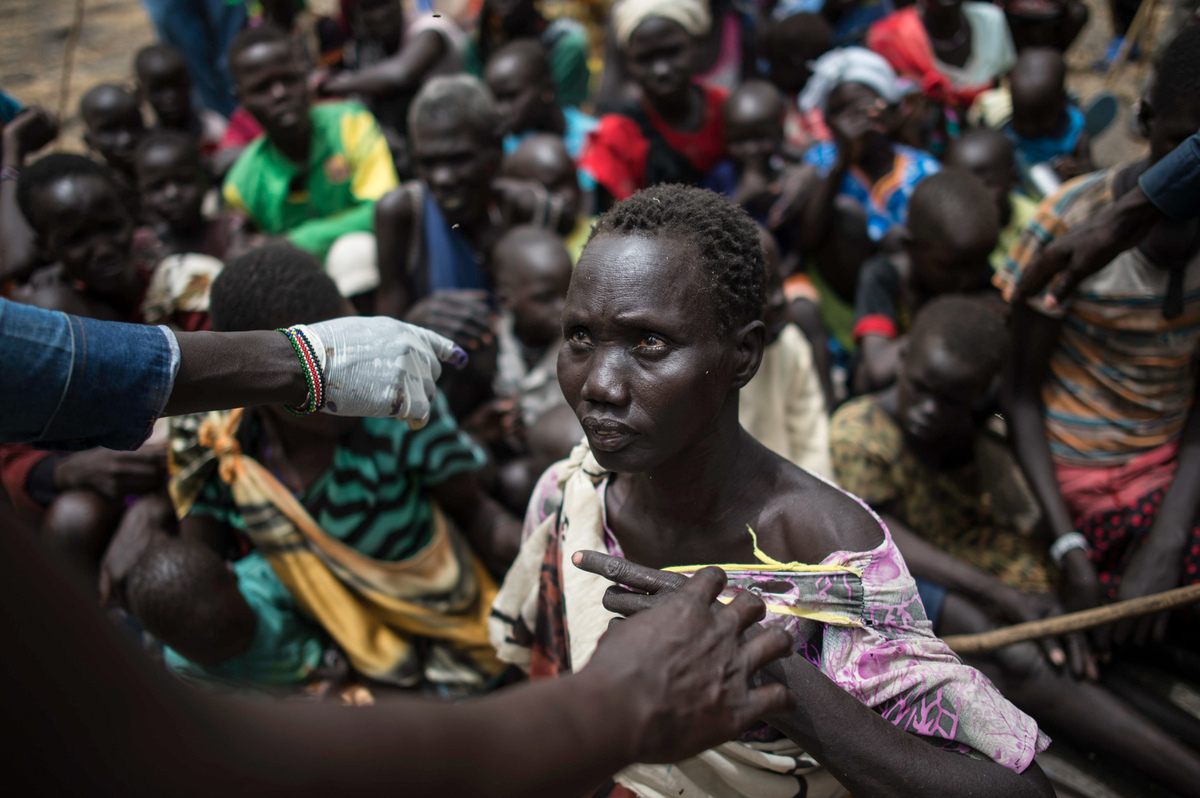 People line up to register for a food distribution in South Sudan.

Living In A Camp By A Ruined City, They're Strangers In Their Own Land

Late last month, famine was declared in two counties of the civil-war torn East African country of South Sudan. With 100,000 people at risk for dying of starvation in that area alone and millions more on the brink of crisis-level food shortages throughout the country, South Sudanese President Salva Kiir promised "unimpeded access" to humanitarian aid organizations working there.

A few days later the South Sudanese government hiked the fee for work permits for foreign aid workers from $100 to $10,000.

It's unclear whether the fee would apply only to newcomers or to those already there as well. Whatever the case, the amount is "absolutely unheard of globally," said Julien Schopp, director for Humanitarian Practice at InterAction, an alliance of 180 nongovernmental organizations (NGOs) working around the world. "No organization can afford this, and if NGOs go to their institutional donors to request that extra money, I'm pretty sure that [the donors] will be reluctant to pay this because they will see this to some extent as ransom." With the South Sudan experiencing a poor economy, the government is seeking revenue "wherever it can find it," he says.

Joel Charny, director of the Norwegian Refugee Council USA, similarly views this as an example of seeing foreigners and foreign aid workers as sources of income. As for the timing, it "could not be worse," he says.

A famine was declared because people are already dying of starvation in some parts of the country and U.N. agencies predict the food situation will only worsen in coming months. Instead of another "bureaucratic impediment," Charny continues, "what we need is collaboration, assistance from the government and from all the warring parties" to provide emergency food supplies, medical aid and shelter.

The exact timing may have been less by design than by chance, according to Schopp, who says that, "Some people in the country say this has been in the works for some time." In addition, the extent to which the fee will be implemented remains unclear. "I think there will be pushback from everyone concerned."

Charny also foresees a back-and-forth between government and NGOs and wonders if the fee increase "will stick." But if the government insists on such a fee, he worries that organizations might have to make impossible decisions about their programs. It raises the question, he says: "Is this the breaking point?"

In the meantime, because of the already fraught situation, questions about the fee increase remain sensitive. Representatives of several organizations who work there would not comment to NPR, apparently concerned that might further impede their aid efforts.

Even without this new obstacle, South Sudan is an incredibly difficult place for aid groups to work. Last November, NRC's country director in the capital of Juba was expelled. "And to this day we haven't gotten an explanation as to why," Charny says. "What the rationale was for expelling him was never clarified."

Despite the expulsion, NRC continues to work in South Sudan.

Operational challenges are abundant. There are no paved roads outside the capital. Dirt roads wash out and become impassable during rainy season, making it very hard to reach remote areas. In addition to the logistical challenges, since the onset of civil war in 2013, ongoing tensions between the South Sudanese government and international NGOs have led to further hurdles. In July rampaging government soldiers looted humanitarian compounds in the capital, raped foreign aid workers, attacked international peacekeepers and killed civilians who'd taken shelter on a U.N. base.

The security concerns have continued. At the end of February, armed groups stormed and looted the compound and warehouse of Save the Children in Watt, South Sudan, an area classified as on the brink of famine. Food supplies for 1,500 malnourished children were stolen. The country as a whole is also listed as the third most dangerous country for aid workers, after Somalia and Afghanistan, according to data on attacks on these workers collected by the Aid Worker Security Database. "The situation is complicated and dangerous, especially for our South Sudanese colleagues that are bearing the brunt of this," says Schopp.

Given all these complexities, Schopp concludes that the drastic fee hike is "part of a broader issue of trying to restrict access to the people in need." As to why the government would try to impede the delivery of emergency aid one possibility may be that "there is real panic about the conditions, the lack of food and about the press reporting on this," suggests Ruth Messinger, global ambassador of the American Jewish World Service, whose mission is to end poverty and promote human rights in the developing world. "It is a sign of their failure as a country if they cannot meet the needs of their country."