India Bans Award-Winning Indian Film For Being Too 'Lady-Orientated'

India Bans Award-Winning Indian Film For Being Too 'Lady-Orientated' 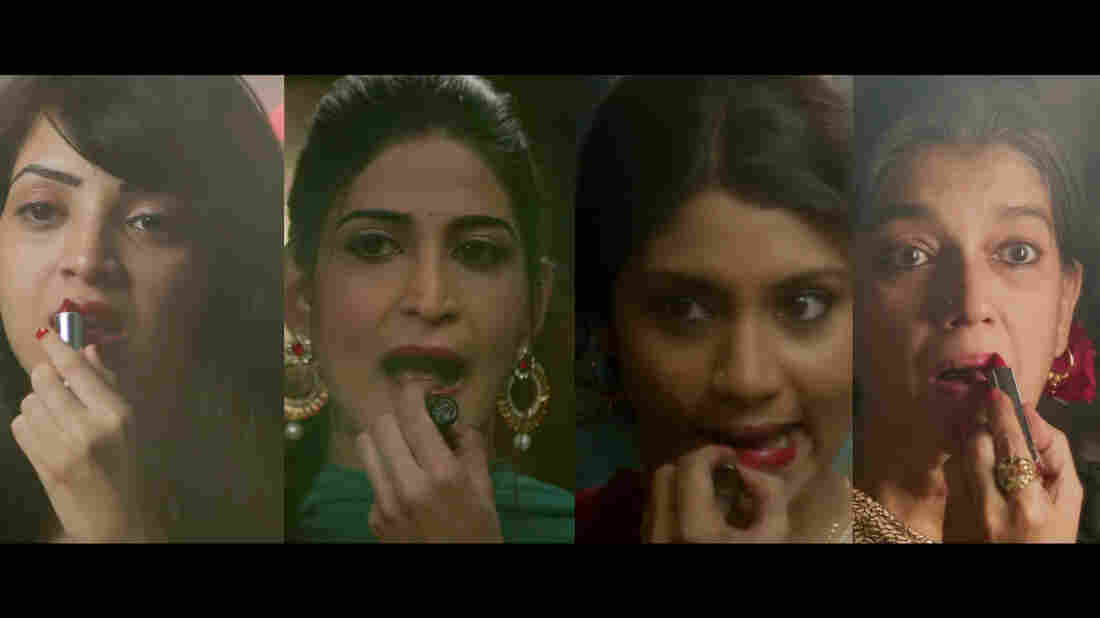 toggle caption
Screen Grab By NPR/Lipstick Under My Burka 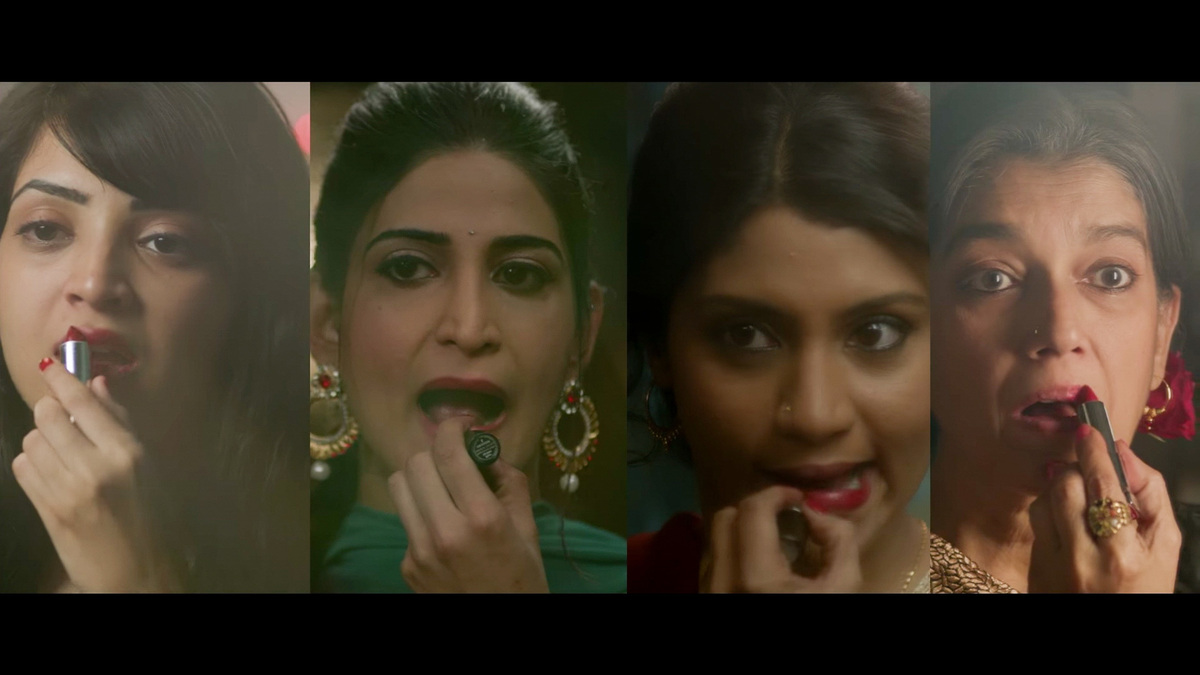 The inner lives of four women from different walks of life in India are explored in Lipstick Under My Burka.

Screen Grab By NPR/Lipstick Under My Burka

An award-winning film made in India about the lives of four Indian women has been banned in India.

The movie is Lipstick Under My Burkha, and it won the Oxfam Award For Best Film On Gender Equality at the last Mumbai Film Festival. The 117-minute film revolves around the the inner lives of four small-town women, from college age to mid-50s, each grappling with different societal pressures and expectations from relationships.

The title refers to the inner lives of the women that they do not reveal. Of the four protagonists, two are indeed in the head-to-toe garment (worn by Muslims all over India, where they make up 14 percent of the population) and two are Hindu and not veiled. Of course, all of them wear lipstick, even when there's no one to appreciate it.

On February 22, the Central Board for Film Certification (CBFC), a government appointed body composed of 25 members from different professions, decided the movie was a no-go. The reason: it is "lady-orientated" and contains "contentious sexual scenes, abusive words [and] audio pornography."

Director Alankrita Shrivastava was baffled with their decision. "There's already a lot of self-censorship for filmmakers. For example, you know you're not going to shoot things like nudity — not that I wanted to. But, she adds, "This systematic shutdown of a point of view is unacceptable."

The Burkini: A Closer Look At The Swimwear That's Making Headlines

"When the CBFC says it's 'lady-orientated,' that's its strength," says Aseem Chhabra, director of the New York Indian Film Festival. Chhabra has seen the film twice and is including it in the upcoming 2017 NYIFF: "It has lovely nuances and details. It's laugh-out-loud funny in parts. I recognize these women. I recognize exactly who they are."

Chhabra recalls an early scene where a group of women is up on a roof, catching the sun, doing everyday things like plucking their eyebrows while chatting about their lives and husbands. To him, this scene was "so warm and real."

Many film lovers are not happy about the decision. "I hate the fact that somebody else decides what I can and can't watch," says Rashi Vidyasagar, a criminologist in Mumbai who works with the national commission for women at the prestigious Tata Institute of Social Sciences. 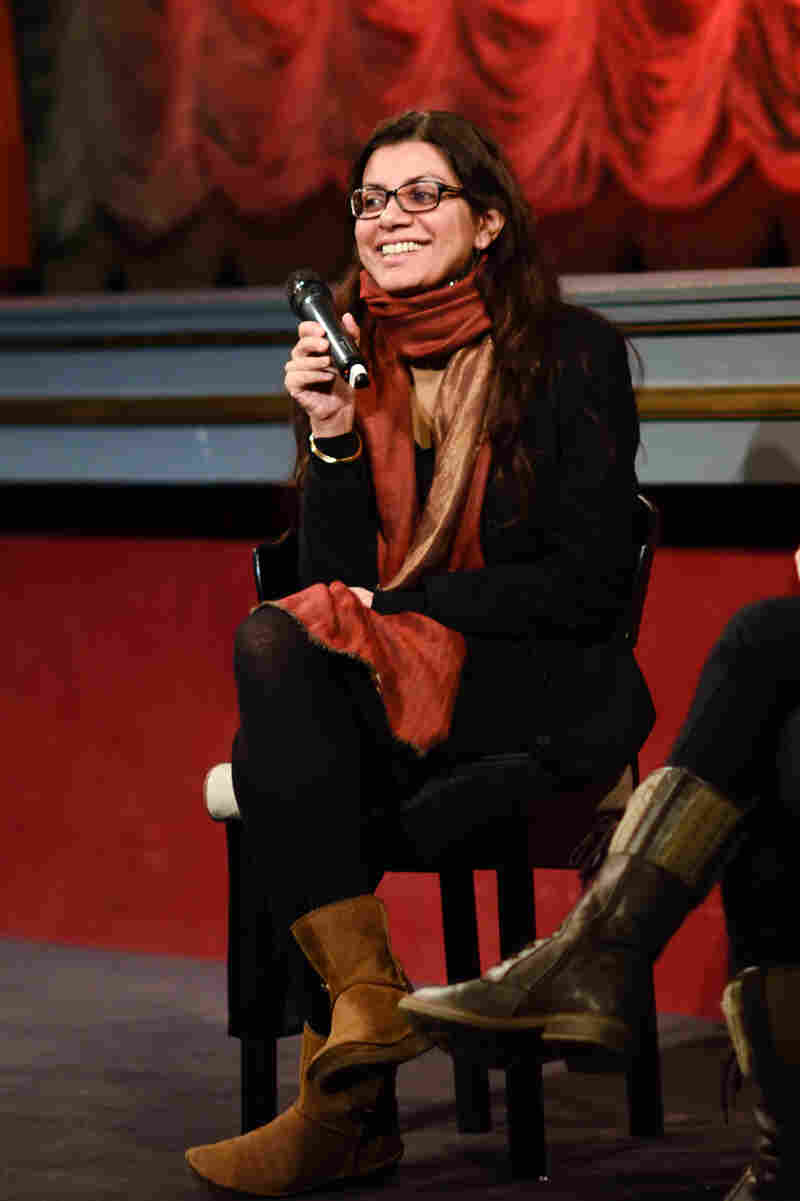 Alankrita Shrivastava, the director of Lipstick Under My Burkha, plans to fight for her film to be shown in India's theaters. Magnus Norden/Flickr hide caption 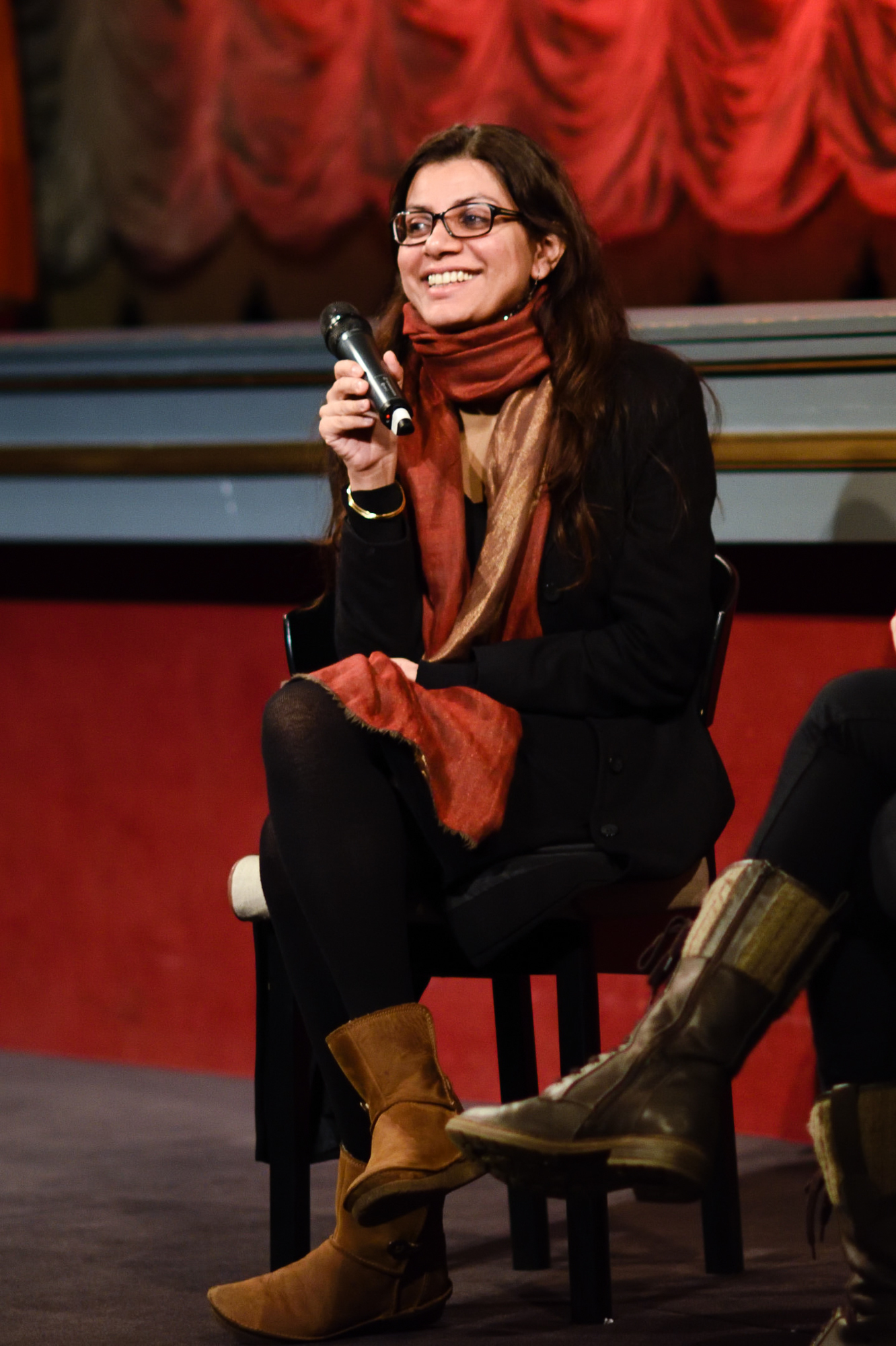 Alankrita Shrivastava, the director of Lipstick Under My Burkha, plans to fight for her film to be shown in India's theaters.

Chhabra concurs. "The Board has always been very regressive. For the longest time kissing was not allowed [on screen]. It's always been a reflection of the current political party that's in power in India. So, heterosexual sex, men looking at women in bikinis, men making sexual jokes about women and the male gaze is okay, but "lady orientated", whatever that means, is not."

And Nisha Jha, CEO of Oxfam India, has praised the film, saying that it "ferociously challenges gender-based social norms and ... break[s] stereotypes about women and girls in India." Oxfam says it "stands by its decision to honor" the film.

This is not the first time the CBFC has been seen as overstepping its mandate or been labeled draconian by the Indian press. Last August, the Supreme Court of India issued an order saying that the job of the CBFC is not to censor, only to certify what age group can watch a given movie. The certification process is under review.

In light of this, many people, including Shrivastava, are questioning the relevance of the CBFC. But, as of now, the Board continues to have the power. Withholding certification means no cinema can screen the movie. Many film festivals also will not accept it, and it can't be submitted for most awards.

"I don't have a Plan B," says Shrivastava. "I'm very determined to fight it out and see a theatrical release." Though people keep telling her to go direct to digital by releasing to cable or streaming services, she says that's not an option.

"When you make a choice that you will not exhibit commercially, it's one thing. But when you're being forced to do a digital release because the CBFC of India is not letting you release your film, it's a completely different situation."

Shrivastava has filed an appeal with the Film Certification Appellate Tribunal — a quasi-judiciary body in Delhi — for reversal of the decision. That hearing is later in March. While the jury is out in India, audiences in the U.S. can catch Lipstick Under My Burkha in Los Angeles, where it will open the Indian Film Festival of Los Angeles on April 5, or at the New York Indian Film Festival in May.