Accessibility links
What's The Secret To Having The Healthiest Hearts In The World? : Goats and Soda Move over Japanese women. You've been dethroned as the population with the healthiest hearts. This group of people can fight off heart disease even into their 80s. What's their secret? 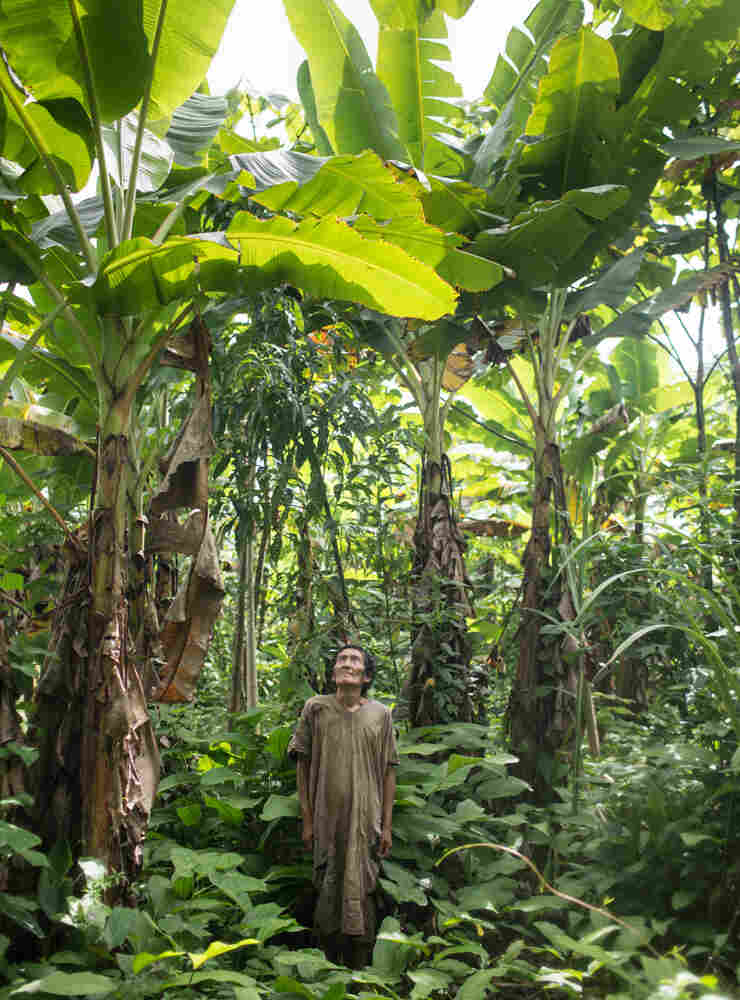 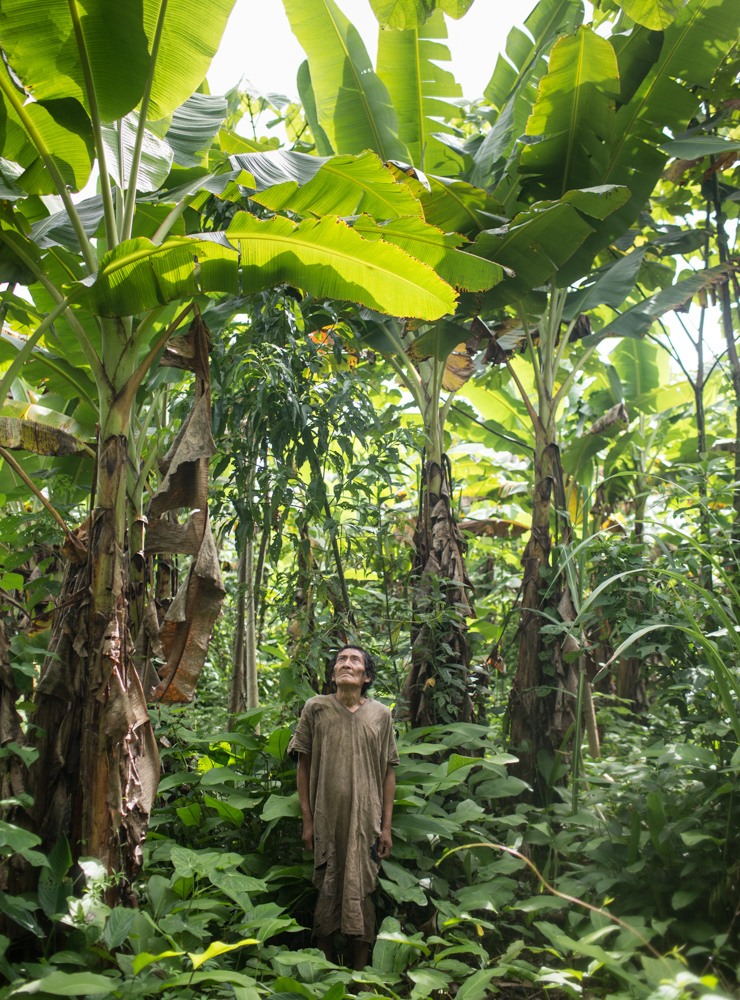 Jose, a member of the Tsimane group who's 75 years old, stands in the plantain field he planted in Bolivia's Amazon rain forest.

A few years ago, Dr. Gregory Thomas thought he had finally found the Holy Grail of heart disease. And it was even found in a tomb.

He was studying the arteries of 3,000-year-old Egyptian mummies, and he thought this was finally it: a culture that would be free of heart disease. Heart disease couldn't be more than 3,000 years old, could it?

Man, he was disappointed.

"The mummies had a great deal of atherosclerosis in their peripheral arteries," says Thomas, who directs the MemorialCare Heart & Vascular Institute at Long Beach Memorial Medical Center in Long Beach, Calif. "So our assumption was that plaque in arteries was a universal part of aging."

In other words, no matter how much you exercise, how much kale you eat and how many cigarettes you avoid, heart disease is inevitable. Eventually everyone's arteries will harden up with some calcium plaque as they age, Thomas thought, increasing the risk of heart attacks and strokes.

Now a group of farmers in Bolivia have blown that theory out of the water, Thomas says.

The Tsimane are a native population in the Amazon who make a living by hunting, fishing, foraging and farming. The group has preserved their culture and language for thousands of years. And their way of life is incredibly good at protecting the heart, Thomas and his colleagues reported Friday in The Lancet.

Of Tsimane people over age 40, about 85 percent have no atherosclerosis. And nearly two-thirds over age 75 were apparently free of arterial plaque.

Compare that to Americans — who have exactly the opposite statistics. Nearly 85 percent of Americans over age 45 have atherosclerosis. And only 14 percent are free of the plaque.

That data means the heart of an 80-year-old Tsimane has the "vascular age" of an American in his or her mid-50s. And the Tsimane have officially dethroned Japanese women as the group of people with the healthiest hearts in the world, the study reports. The Tsimane now have the lowest levels of coronary artery disease ever recorded.

"I was just floored by the data," Thomas says. "The Tsimane have extraordinarily healthy hearts."

So what's their secret?

To figure that out, Thomas and his colleagues measured the amount of calcium deposited in the coronary arteries of more than 700 Tsimanes between age 40 and 94.

On the surface, it wasn't clearcut that the Tsimane's would have such remarkable heart health. Their risk factors for heart disease are a mixed bag.

The group has low blood pressure and low cholesterol, on average. But they have low levels of the "good" cholesterol and high levels of chronic inflammation, which has been linked to heart disease.

In terms of weight: None of the Tsimane are obese but about a quarter of adults qualify as "overweight," says Michael Gurven, an anthropologist at the University of California, Santa Barbara, who contributed to the study.

The average BMI was about 24, which is near the upper end of normal, with a BMI of 25 considered overweight. "So it's not that they are super-lean," Gurven says.

The Tsimane get a ton of exercise, Gurven says, but it's not really intense exercise.

"I think there's a general stereotype that if you're a hunter-gatherer and farmer, that you're exercising vigorously every day, like the equivalent of running a marathon, and that's not the case," Gurven says. "It's really just that they're not sedentary."

Instead the Tsimanes do a lot of walking — about 7 1/2 miles each day. And they're active for more than 90 percent of daylight hours. In contrast, Americans spend about half their waking hours sitting down.

And finally, there's diet. When you hear "hunter-gatherer," people often think of the meat-packed paleodiet. But the Tsimane diet couldn't be further from that.

More than 70 percent of their calories come from carbohydrates — ones that are packed with fiber, such as corn, cassava and plantains. The other 30 percent of the calories are split evenly between protein and fat. The Tsimane eat no transfat and very little simple sugars. In contrast, Americans still eat more than a gram of transfat each day and 22 teaspoons of extra sugar.

So in the end, what's the key to their superb heart health? The high-carb, low-fat diet? The abundance of low-level exercise? A relatively healthy weight?

Gurven says they don't know yet. But it's probably a combination.

"You know it's not exactly the answer people want to hear," Gurven says. "There's no silver bullet against heart disease."

But the findings also show that you don't have to go to extremes to boost your heart health. A little extra walking, a little less fat and a few pounds off your frame probably work in concert to cut your risk of heart disease.

A previous version of this story incorrectly stated the amount of extra sugar the average American eats each day. That amount is 22 teaspoons, not 22 tablespoons.