Accessibility links
Suspected Chemical Attack In Syria Takes A Greater Toll On Children : Goats and Soda The effects of such weapons are more devastating for a number of reasons. And if children survive, they suffer from the trauma of the attack for far more years because they have more years to live. 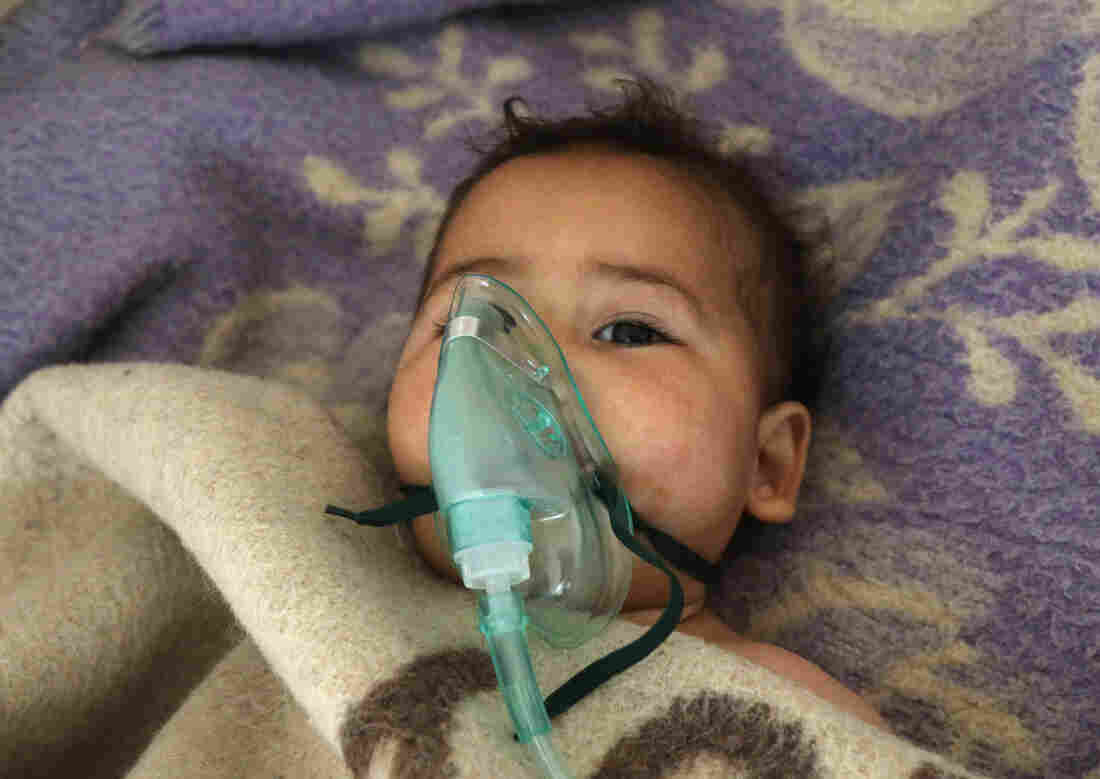 A Syrian child is treated at a hospital in the town of Maaret al-Noman after a suspected chemical attack on April 4. Mohamed Al-Bakour /AFP/Getty Images hide caption 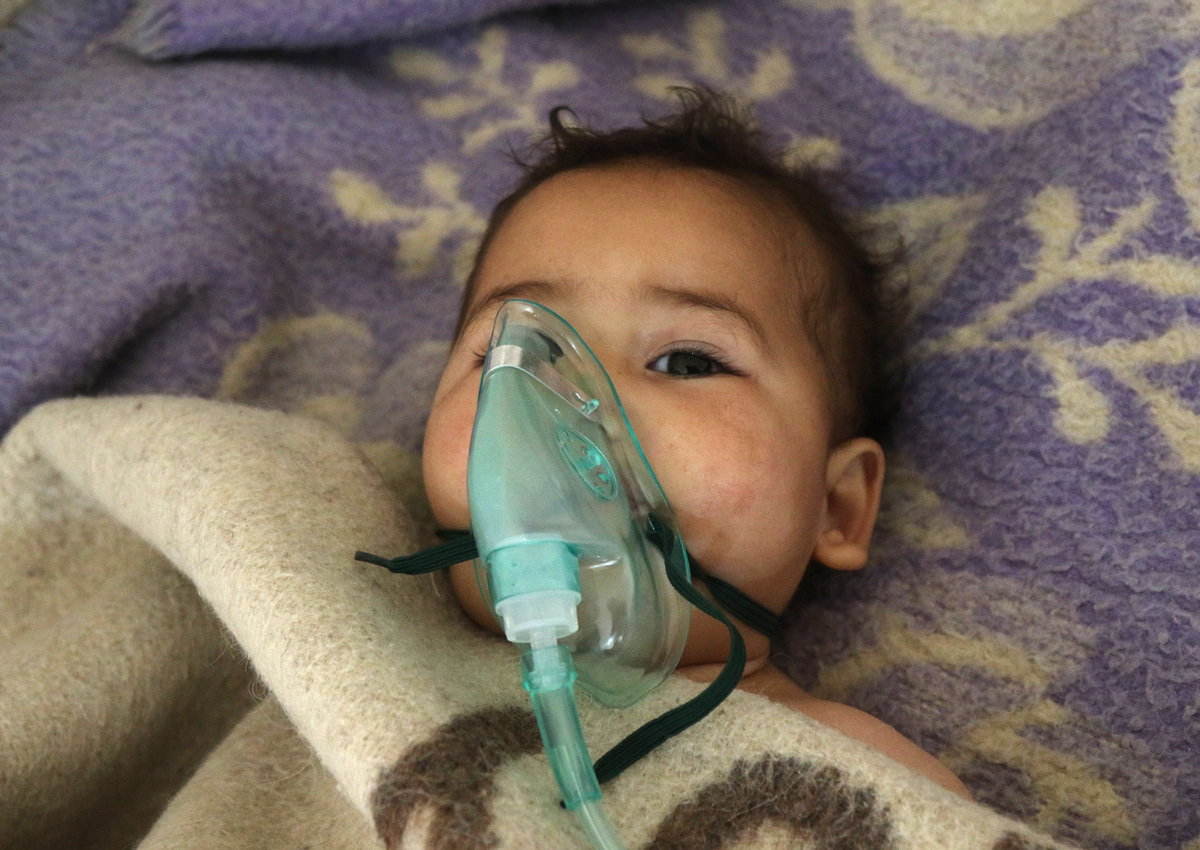 A Syrian child is treated at a hospital in the town of Maaret al-Noman after a suspected chemical attack on April 4.

In a suspected chemical weapon attack like the one in Syria on Tuesday, children are the most vulnerable targets. They are more likely than adults to die from chemical agents and to suffer injures. If they survive, they also suffer from the physical and mental trauma of the attack for far more years than adults simply because they have more years left to live.

The effects of chemical weapons are more devastating for kids for a number of reasons. "Because kids are smaller, there's a higher impact on a smaller body," said Dr. Steven Hinrichs, director of the Center for Biosecurity at the University of Nebraska Medical Center. A smaller dose of a chemical agent can do more damage to their organs. If the agent is sarin gas, as groups like Doctors Without Borders are reporting, a victim's lungs and airways can fill up with fluid, causing suffocation. Children would die faster than adults because a child has smaller airways and a smaller chest.

"Children have fewer defenses," says Dr. Sandro Galea, an emergency physician and epidemiologist at Boston University who has studied mass trauma and conflict globally. They can't run away as quickly from the site of a chemical attack. And once the chemicals enter their system, their immune systems are less mature and not as good at fighting them off. "It makes them more vulnerable, immunologically and physically," Galea said.

Twenty children were among the 72 civilian casualties from an air raid accompanied by the apparent chemical attack on the rebel-held city Khan Shaykhun in Idlib province in Syria, according to the Syrian Observatory for Human Rights.

Moreover, if children survive a chemical attack, they will live with the long-term effects far longer than, say, a 50-year-old. Survivors often have lifelong problems with fine motor skills like writing or cutting paper accurately with a pair of scissors. They often have gross motor disability as well, such as problems with their walking gait — trouble balancing or coordinating the movement of walking — and with the hand-eye coordination necessary to play sports or do many kinds of physical paid work.

The impact of chemical attacks can be mental as well as physical, although it's difficult to tease out the effects of nerve damage from post-traumatic stress disorder since symptoms sometimes overlap. Researchers believe that chemical attacks, like other violent attacks, can lead to PTSD and severe depression for survivors of all ages.

It's also difficult to separate the impact of a single attack, chemical or conventional, from the larger trauma of living through a war.

But children are also incredibly resilient, Stark said. Child soldiers in war-ravaged African countries didn't turn out to be a lost generation as mental health professionals feared, she said. Many learned to cope with their traumatic pasts and went on to have productive lives.

She cautions against pessimistic outlooks for Syria's children. "We have to be careful in terms of how we talk about this generation," she said. "All hope is not lost."

But, she cautioned, the longer children remain in conflict settings, the more challenging it can be to counteract the trauma they live through. Parents need to be able to buffer children from the chronic stress of war by creating a sense of normalcy with routines like going to school every day.

"It's the best thing parents can do," Stark said. But in war-torn countries like Syria, she added, "it may be just not possible."